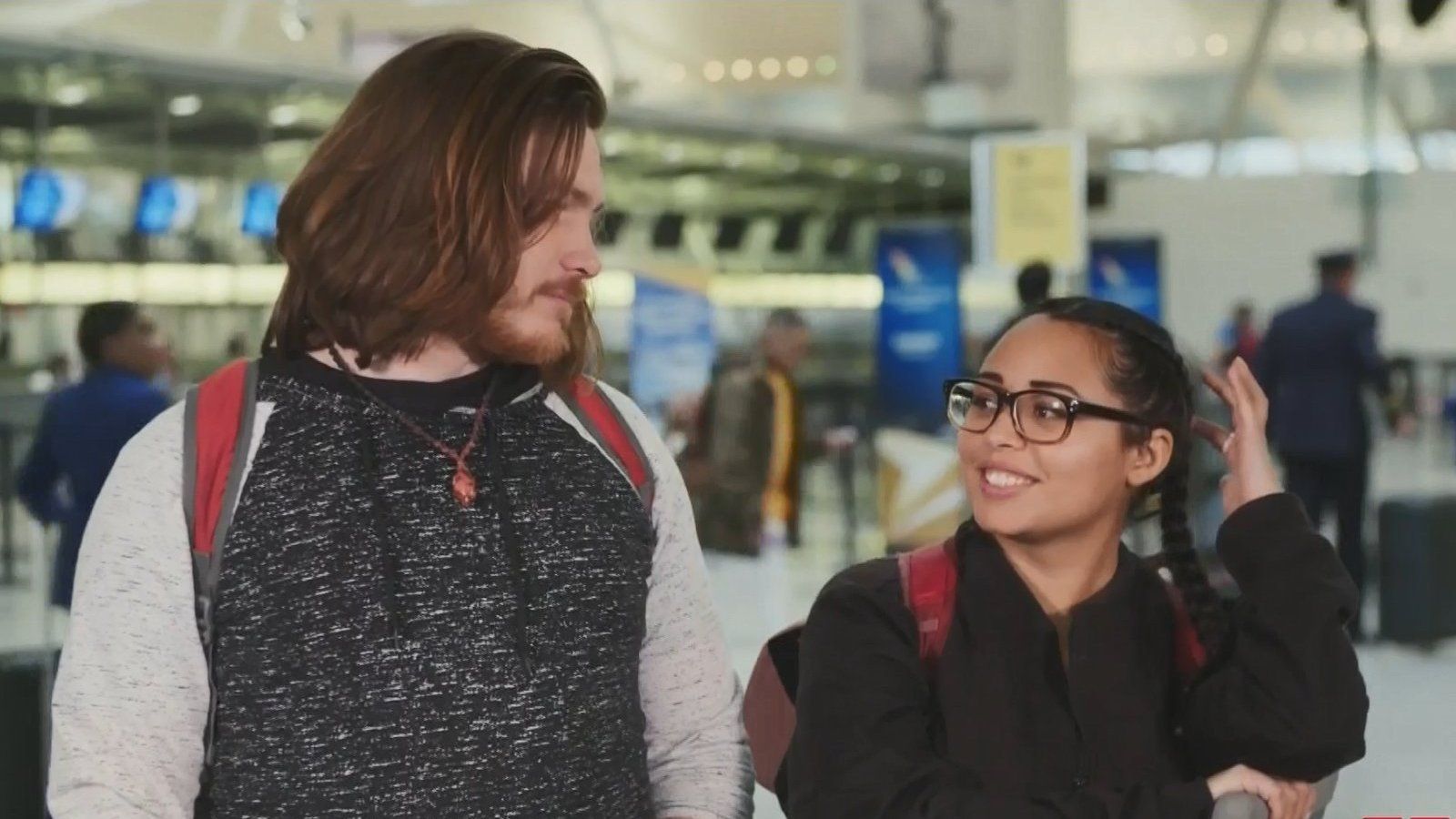 Are Syngin and Tania from 90 Day Fiancé breaking up? Social media accounts of Syngin and Tania seem to point that way. First, let’s get a short background on 90 Day Fiancé. 90 Day Fiancé is an American reality series that shows couples who have applied for or received a K-1 visa (available to foreign fiancés/fiancees of US citizens). Hence, they have 90 days to marry each other. The series is aired on TLC. It debuted in January 2014 and is currently in its eighth season. The eighth season is currently ongoing and it premiered in December 2020.

The 90 Day Fiancé couple has gone on solo trips and is apparently enjoying their alone time. The couple that met through chance and had an instant connection is now looking as if they are about to part. While they may not even have considered such a step, fans have been connecting the dots for themselves. But before jumping to conclusions, let’s find out what has happened so far between the two and what does it bode for their relationship.

Did Syngin and Tania break up?

As of now, it is unclear whether Syngin and Tania did break up or even if they will break up. While their social media posts may suggest otherwise, it is not official until the couple announces it or until either one announces it clearly with a reason. 90 Day Fiancé fans have been going wild on the social media posts by Syngin and Tania. Syngin posted a scenic picture of the Grand Canyon National Park in the background. In the picture, Syngin is seen meditating. The caption for the post states that Arizona is awesome and that he misses his people very much. Fans even claim to have found his profile on various dating apps. But these kinds of claims hardly count for any confirmation. Tania, on the other hand, has recently posted on Instagram where she is seen enjoying with her sister and cousin. The posts show the three ladies partying outdoors. Her caption to the post stated that she was very happy to hang out with her sister for the whole weekend and she also added that her heart was full. Syngin has hinted that he will make an appearance on TV in two months. Whether this is about him showing up on “90 Days: The Single Life” or not, fans will have to wait and watch. These posts may somewhat hint at the two going their separate ways, but they are not confirmation of the matter being discussed. It may just be that the two respect one another and due to similar personal goals, may have embarked upon traveling solo for a while just to be back together soon.

Read also: Why Did Nelly And Ashanti Break Up: Reasons For Separation

What about the mystery girl?

Syngin Colchester has shot videos with a mystery girl recently. These have set off rumors about Syngin and Tania going for a divorce. The mystery girl’s name seems to be Erin by working out her Instagram username “@anerinwithane”. Syngin is doing a chip challenge with Erin in her stories. She has posted these on TikTok where the two were eating the spicy chip and later she shared them on Instagram.

Erin supposedly has also taken Syngin to his first drag show in a club called IBT in Tucson, Arizona. In one of the videos from there, Erin’s caption states that she thought Synign had fun at the club. There are also other subtle indicators of Tania and Syngin breaking up like the fact that Tania had said that Syngin wasn’t her soulmate. Syngin had confessed that he felts destroyed after hearing that.

How did they meet?

Tania was originally going to meet a long-distance date in South Africa. However, her date ended up going downhill and she decided to leave and explore the country. She was at a bar when she found the bartender there cute. The two quickly hit it off and she went to his home and didn’t leave his side after that. The bartender was Syngin Colchester. She decided to stay four and a half months in South Africa after meeting Syngin.

Assuming from the date of Tania’s Instagram posts, the two started dating somewhere between early and mid-2018. The pair appeared on the 7th season of 90 Day Fiancé and married each other by the end of the season. The wedding ceremony was an unconventional one where instead of the traditional white wedding dress, Tania wore a black lace outfit. In place of wedding rings, the couple got matching tattoos on their ring fingers.

Read also: Why Did Jordyn And Jordan Break Up? Everything We Know