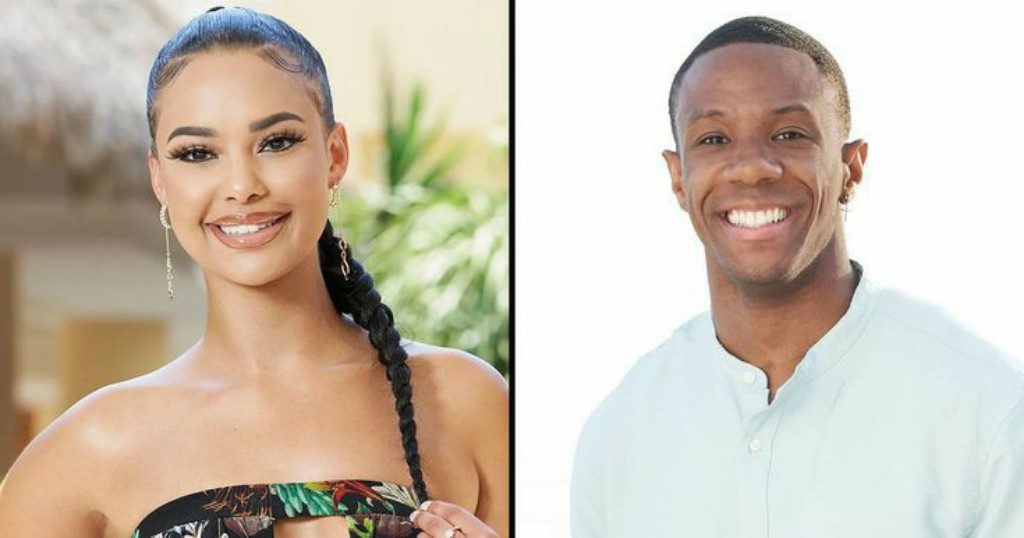 Did Riley and Maurissa break up? Is this the end of Bachelor in Paradise’s favorite couple!? Bachelor in Paradise is one of the craziest yet amazingly lovable shows among the fans. Not to forget, but one of the most important and adorable couples, Riley Christian and Maurissa Gunn, and their love story took fans’ interest instantaneously, and no one can deny the fact that the couple is very much loved, out of everyone.

Not to forget that Riley and Maurissa are the first Black couple to get engaged during the summer spin-off in the history of the show! Can you believe it? Bachelor nation was cheering for them, and they were not wrong. Fans were and still are rooting for them but are in major confusion with a broken heart because rumors of Riley and Maurissa breaking up are coming forward. Rumors about the two splitting up are causing major tension among fans and are sparking up.

Did Riley And Maurissa Break Up? Rumours Causes Tension!

None can deny that Riley Christian and Maurissa Gunn’s love story is one of the most adored in Bachelor in Paradise history. With Maurissa deleting all the loved-up pictures with Riley from her social media and sharing depressed quotes, fans cannot help but wonder about what is going on with their favorite couple? One major fan also wrote that Riley and Maurissa breaking up was almost the death of him/her. The fans blasted twitter with their worries about the two as another one wrote, “Who knew the first couple from paradise this year to break up was gonna be Riley and Maurissa? I feel like they were everyone’s number one.”

Fans have observed things better than anyone else. They observed how Gunn, 25, deleted all her pictures with Christian, 32, from her account. She even posted a mirror video of herself where fans didn’t spot the engagement ring. On the other hand, Riley kept almost all the pictures with her wife-to-be, but again, he has been posting a lot of mysterious tweets. One such tweet he posted recently was, “Try not to be stagnant when facing obstacles that are beyond your control. Just do what you can. That way, when things finally do fall into place, you’ll be able to hit the ground running.”

Natural eagle-eyed fans and media never take a step back. Gunn deleting pictures and Christian posting mysterious tweets got their eyes, and they hence got some evidence about their breakup.

Riley And Maurissa’s Break Up!

Recently on 30th December, Maurissa wrote, “Sometimes you have to appreciate individuals for who they are, not the potential they have.” Whereas, there was some activity noticed on Riley’s tweeter. He wrote, “Don’t be afraid to walk away if it’s affecting your mental health or happiness!”

Though it’s still not confirmed whether they ended their love or they are taking time, it is surely taking a toll on fans. The 25-year-old dropped a few clues over a possible split up after posting a quote on her story saying, “All that glitters is not gold”. About the video Maurissa posted without her ring, fans might have interpreted it wrong as Riley and Maurissa had a decent and fun interaction in the comment section.

The two got engaged on the seventh season of bachelor in Paradise during summer. From their hot dates to a resting and peaceful Sunday afternoon date, they didn’t fail anyone from becoming their favorite. The breakup is not official, but again a small batch of bachelor nation is worried that the love birds might not be together anymore.

Riley Christian and Maurissa Gunn surely fell head over heels for each other and made it officially very early. Is it a good thing? Maybe. They tried proving a lot of people wrong, but now things are worse, and everyone is hoping the best for the two. Fans have been praying for them to be together, but also fans have been wondering if the engaged reality TV couple is still together due to a slew of indications.

Also Read: Clare Crawley Teases Bachelor Nation With Mystery Guy, What is it About?