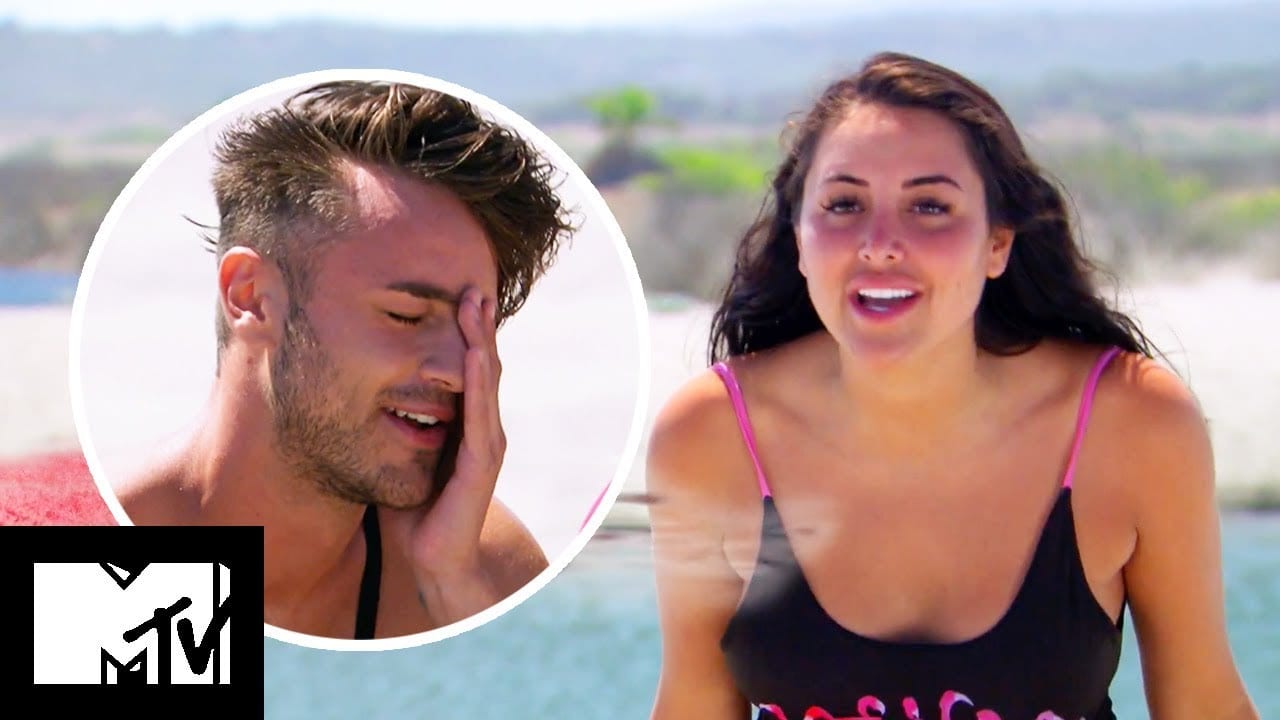 The famous television personality Marnie Simpson was ready to walk into the wife zone. But did Marine and Casey break up? Marine is best known for MTV reality TV show Geordie Shore. She is very famous and one of the most loved English television personalities. Marnie joined Geordie Shore in 2013 but departed the series in 2015 at the eleventh series but returned in the twelfth series. In 2016, she took part in the Celebrity Big Brother season eighteenth, where she was the fourth runner-up of the show. In 2017, she returned to Big Brother 18 as an exceptional guest for a shopping task. Marnie also took part in series eight of Ex on the Beach.

Later in 2017, she published her own range of contact lenses under the brand ‘I Spy Eyes’. In 2019, Marine started appearing in the MTV series Geordie OGs, a spinoff series of Geordie Shore. In the 11th season of the Geordie Shore, Marnie was engaged to her ex-boyfriend Ricky. Off-screen, the couple was preparing for their wedding, but wedding bells were silenced before even saving the date because the engagement was called off. In 2019 Marnie announced that she is pregnant. Even though she has been indulged in alcohol abuse. 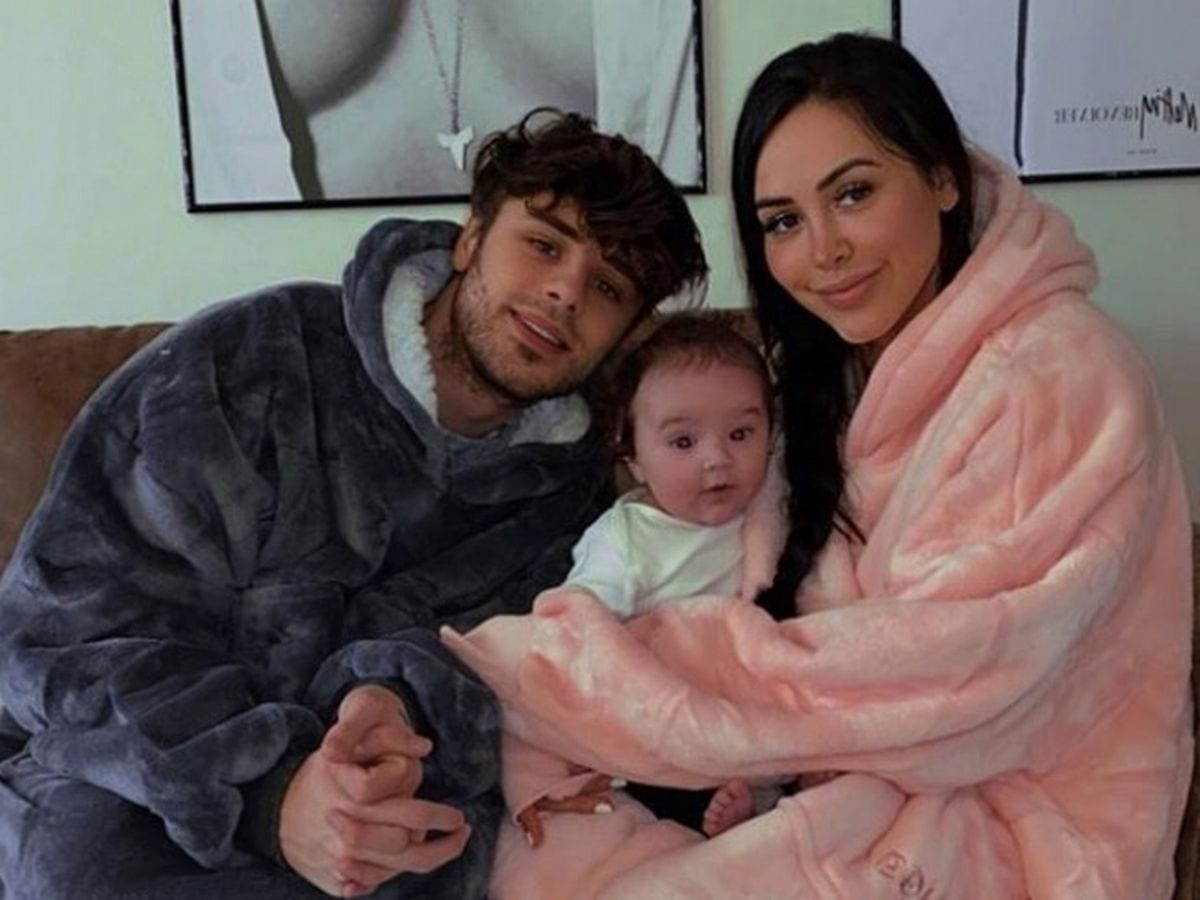 Marnie And Casey With Their One Year Old Son Rox. (Credits: Mirror)

But still, she managed to deliver a healthy baby boy named Rox. Now Rox is a year old, sweet boy. But the main question that stands here is who is the father of Marnie Simpon’s child.

Did Marnie And Casey Break Up?

Unfortunately, Yes, Marnie and Casey did break up. Marnie opened about her break-up with her fiance Casey Johnson. In 2017 Marnie and Casey met on a reality show, and they fell in love with each other. In 2019 the couple had a baby boy together. He every supported Marnie during her pregnancy. Marnie shared pictures of Casey giving him a foot massage and combing her hair. And doing all the stuff that a man should do to make her girl comfortable during her pregnancy.

Marnie and Casey have always shared an on-and-off relationship. But this time, it seems pretty legit as Marnie shared that she has been suffering from depression and a serious bladder disease which has made her life very troublesome. She said that doctor told her she would not be able to eat the food she liked. She won’t be able to drink alcohol, and due to which her day-to-day work has been affected. Marnie added to her statement by saying that her relationships have been affected too. And Marnie and Casey have decided to take a break from their relationship.

Marnie and Casey On And Off Relationship

Marnie said that the couple broke up in January. However, they already broke up twice in January. In early January, Casey unfollowed Marnie, and everyone thought this is it. They will not find their ways back to each other now. But then they were together. But Marnie said that she took a break because she needed to work on herself. She has been depressed for a long time, and no one knew about it because obviously no one post how sad they are on their social media platforms.

Casey and Marnie always manage to find their ways back to each other. Even though the couple is not together, still Casey takes care of Rox and spends time with him. He is giving Marnie the time she needed, but still, he is taking care of her because her health is not supporting her at this point. Since January, the couple is not together, but still, the gentleman manages to get Marnie space while staying there for her. 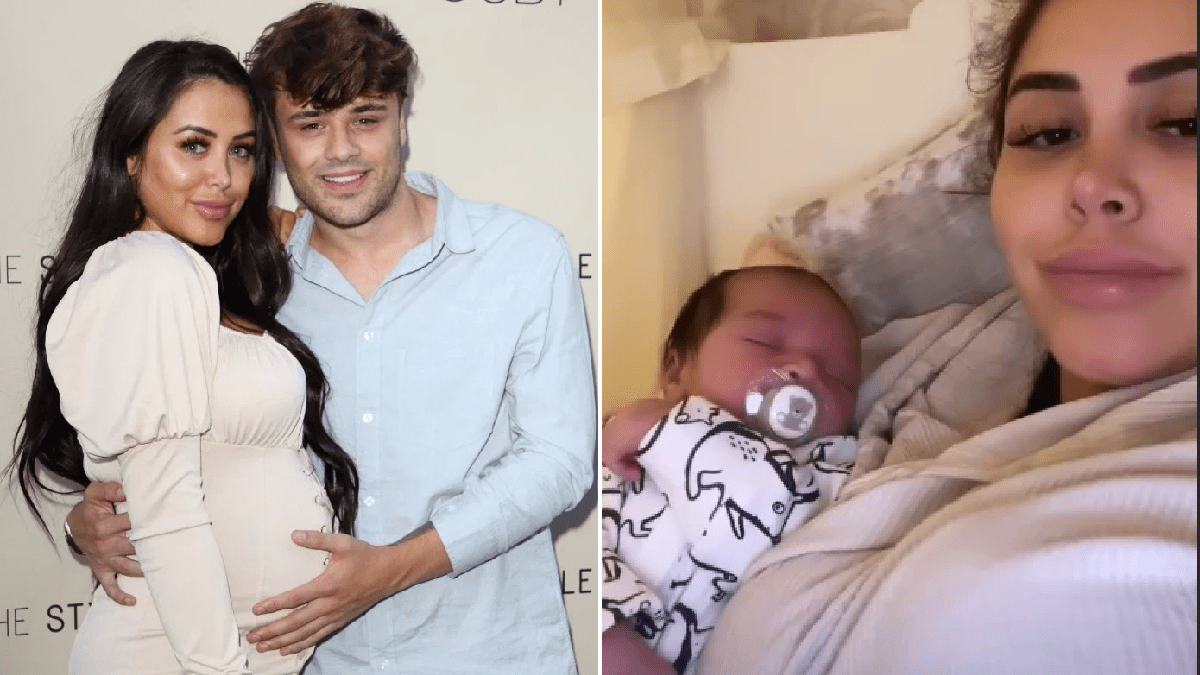 Marnie and Casey Have Parted Their Ways For Now. (Credits: Mirror)

There is no doubt in it that Marnie and Casey love each other and can’t stay away from each other. But Marnie is going through a rough pack, and maybe if she has decided to open up about it. She might be ready to welcome Casey back into her life. Let’s see what happens.