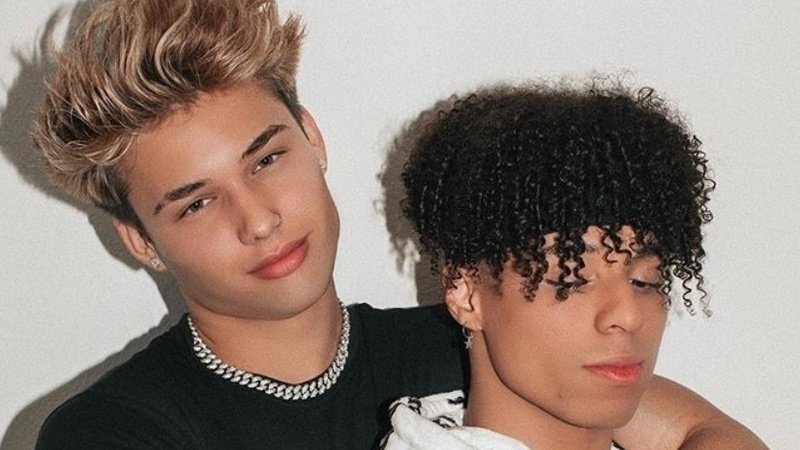 When you are a popular social media influencer or a famous internet personality. Your personal life is always in front of the media and your fans and followers, which can become quite a bit of trouble sometimes. The followers are always eager to know more about their favorite influences and get to know them a little better. Larray and Brady are no different than this. Their fans are always ready to know more about how they are doing in their relationship.

The couple has amassed a huge chunk of fans on their social media handles and YouTube channels. Larray is a social media influencer, a Ticktocker, and a YouTuber. And Bary is also a famous Instagram influencer and a Youtuber. Larray has openly accepted that he is gay. And on the other hand, Brady has also made it known that he is homosexual. Both of them have been dating since 2019. And recently, the rumors of them breaking up have been circulating among their fans. This is mainly due to the rift that the fans have noticed in their relationship. And as a result, various theories and rumors of their breakup have appeared among the fans. 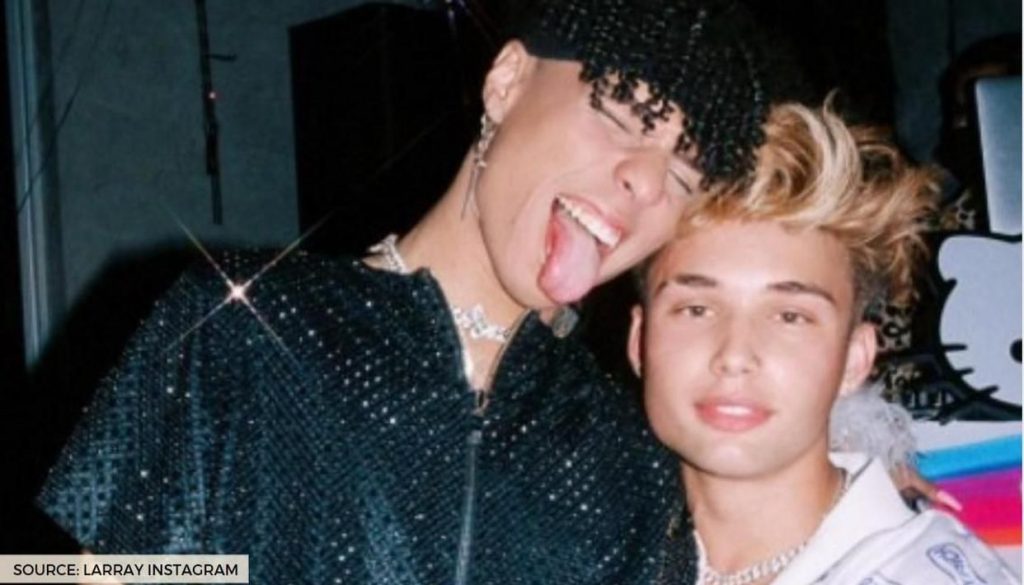 Pic of Larray and Brady

Larri Merritt is born July 22, 1998, and is professionally known as Larray. Larray is an American YouTuber and also a social media celeb. He mainly creates comedic video content on his YouTube channel. And is also a part of the collaborative TikTok collective famously known as The Hype House. Larray initially gaining exposure on Vine, and later, he started uploading videos onto YouTube. Before Larray became a member of the Hype House, he had already gained a following of over 6 million subscribers on his personal YouTube channel, which is a rare achievement. And to top this, he also had a following of over 12.8 million followers on his personal TikTok account.

He was also nominated to the Breakout Creator category at the 9th Streamy Awards in December 2019. And later in Jan 2020, his three novelty songs “First Place,” “Last Place” and “Canceled” together spent 42 weeks on Billboard’s  Comedy Digital Tracks. The first song, “First Place” got over 41 million views on YouTube. The song also got a ranking of number 13 on the 2018 end chart.

Brady Potter is a Social media star who has obtained immense recognition for his self-titled Instagram account. He has earned huge fame for his informal and street style fashion modeling, which is often accompanied by lifestyle pictures. Brady also has a youtube channel in which he often collaborates with Larray. Bradys Instagram journey starts from the year 2014. He began posting pictures of his street style fashion to Instagram in November 2014. His Instagram account has a huge following of more than 650,000. And the YouTube channel is even more famous than that and has more than 500,000 subscribers.

The couple got into a relationship in 2019. And has shared a strong bond since then. The couple was loved by many of their fans and has had immense support from their side. But recently, there is a stir in their fans related to their now shaky relationship. The couple has been on the radar of their fans via Ticktock and YouTube, and vlogs. And now, this couple is constantly fueling the rumors of their breakup on their respective social media handles.

On the 2nd of March, Brady shared two pics on Instagram. In one of them, he had flashed his middle finger. To this photo, the caption read, “I forgot to forgive you.” Soon after this, one of his fans asked him if he was okay or not. To which he replied that he was a bit of a mess at the moment nut that’s life and also asked if the fan was doing well. There is a fifty-fifty idea on the latter statement that either it was meant for Larray or was just a general statement. On the other hand, larray has also hinted at a bit of drama in their relationship. When he posted about Nailea being his girlfriend on both his social media accounts, but to this, Nailea later cleared, saying that they were only best friends.

Even after all this, it doesn’t seem that the two have broken up. Surely there is some dispute going on but not yet come to the heights of a breakup. As they both are still following each other on Instagram. And if the two have separated then there should be some news regarding this on their Instagram or other social media handles.