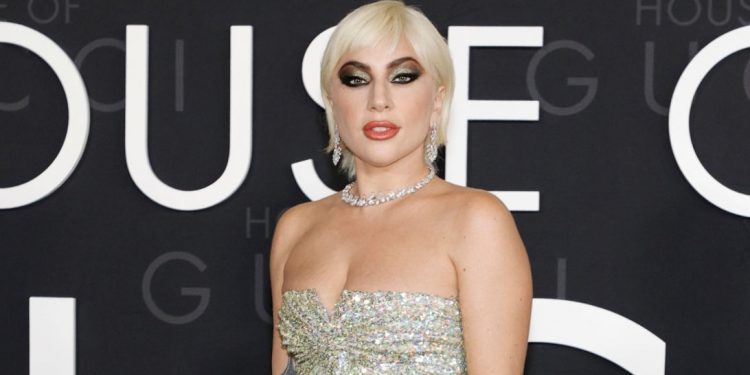 Even though the world today has many pop icons, Lady Gaga has proven herself that she pulls apart from the rest of her kind. Nowadays, many speculations are being made about her on the internet. One recent question that is hitting everybody’s mind is, did Lady Gaga break up with her Fiance? Apart from her foot-tapping numbers, Lady Gaga is also world-famous for her eccentric personality. Her fashion sense has been a source of inspiration for many young people around the world. Putting her education at risk during her teenage years, Gaga decided to follow the path that would lead her to her dream. Although she struggled to rest in the first few years, Gaga’s decision proved fruitful. She made her first breakthrough in 2008 with the album “The Fame,” and since then, this celebrity’s fame has grown rapidly.

“The Beatles,” “Stevie Wonder,” “Pink Floyd,” “Led Zeppelin,” and “Mariah Carey” are some of the artists who influenced this woman a lot to turn her career in music. Not only have her songs become chartbusters and party hits, but they have also won three Grammy Awards, which in itself is a great achievement. Although some people around the world believe that her songs promote Satanism, Gaga’s popularity has continued to grow higher and higher in the past few years. Gaga is one of 25 singers who took part in the We Are the World 25 initiative to raise funds for the victims of the 2010 earthquake. Read below if you want to know “Did Lady Gaga Break Up With Her Fiance?”

Well, if we talk about her past, then yes, Lady Gaga had broken up from her fiancé twice and is not married yet. The singer and actress Lady Gaga is currently dating the Parker Foundation CEO, Michael Polansky. Michael Polansky is CEO of the Parker Foundation, as per his LinkedIn profile. According to the website of the organization, it supports philanthropic endeavors in the life sciences, global public health, civic engagement, and the arts. Polansky graduated from Harvard with degrees in computer science in the year 2006 and applied for mathematics. In February 2020, Lady Gaga officially talked about her new beau on Instagram, shortly after rumors surfaced that they were dating.

However, Lady Gaga was engaged twice, but the relationship did not work out. Her first engagement was with actor Taylor Kinney. Taylor popped the question on Valentine’s Day of the year 2015 with a heart-shaped diamond ring. The famous couple started dating after meeting on the set of their 2011 music video, “You and I”. But in July 2016, the couple split, and in Gaga’s documentary Five Foot Two, she revealed that the couple had been fighting for the first few months that led to their breakup. Gaga later became engaged to talent agent Christian Carino in October 2018 after they were first spotted as a couple in January of that year. But the couple split shortly after appearing together at the January 2019 Oscars.

Gaga was born in Manhattan on March 28, 1986, to Joseph Anthony Germanotta Jr. and Cynthia Louise. She was originally named Stefani Joanne Angelina Germanotta by her parents. Stefani was inducted into a Roman Catholic institution called the Convent of the Sacred Heart at the age of eleven. Apparently, the girl is a good student who excels in academic and extracurricular activities.

She had her first experience with music at the age of four when she became acquainted with the piano. When she was just thirteen, Stefani had even written her first ballad adapted for the piano. After graduation, she transferred to New York University’s renowned Tisch School of the Arts, as the institution promotes music by offering music theatre lessons. However, she left just a year after joining the institution.

Originally, Gaga recorded two songs with the hip hop singer named Grand Master Melle Mel in the year 2005. She also formed a band named SGBand, which played concerts in New York. She signed for Def Jam in September 2006 but was declined three months later. On August 19, 2008, she finally released her debut album, The Fame. The singles Just Dance and Poker Face reached number one in the US, Australia, UK, and Canada. Gaga’s other albums include Born This Way, Artpop, Cheek to Cheek, and Joanne.

In addition to her music, Gaga has also made her appearance in American Horror Story, Muppets Most Wanted, Machete Kills, and The Sopranos. She has 20 credits as a producer and five credits as a director. In addition, she performed a headlining act at Super Bowl LI at halftime on February 5, 2017. In 2010, she was named one of the most influential figures globally by Time Magazine. Gaga, in 2012, founded the Born This Way Foundation, a non-profit organization focused on empowering young people. She also actively supports LGBT rights around the world. In 2011 she was named the “Queen of Pop” by Rolling Stone.