Even though Boruto is famous to hook its fans on screens, a major event questioned some unknown facts and theories among fans and has been a hot debate till now. 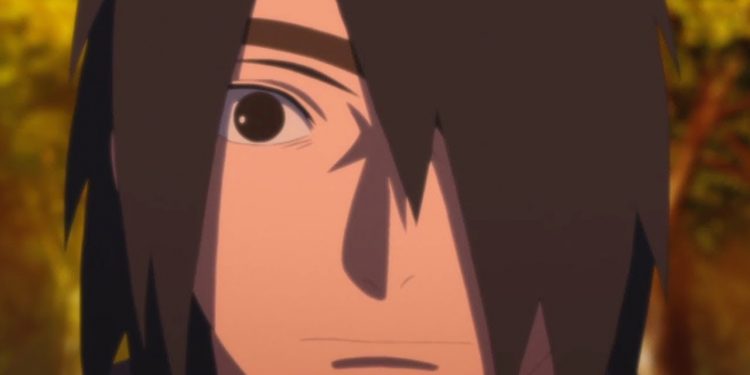 We fans were readily missing Naruto and his Past in Boruto, but Boruto’s creators didn’t disappoint us by introducing a time travel arc. Even though fans have mixed opinions toward this arc but we saw some heartwarming moments between Boruto and Young Naruto. In this arc, Boruto came to learn more about his father’s past and his teacher, Jiraiya. Mirai Sasuke(Future Sasuke) didn’t reveal his true identity to young Naruto and Jiraiya because that could change the whole reality but seeing his will to bring Sasuke back to the village made his heart enlightened with joy. Even though the arc looks like a fan-service arc and the portray of Urashiki was horrible. We will discuss our opinions on this arc later in this article, so make sure to read this article till the end.

Now let’s jump on our topic of discussion, Whether Jiraiya knew about Sasuke or not? Since after the encounter between Sasuke and Boruto to Jiraiya and Naruto, Jiraiya made a statement about Uchiha Sasuke’s true identity, and this shook the whole Naruto and Boruto fandom. Even though Sasuke didn’t reveal himself, but still we will discuss what we think about the whole scenario in a detailed manner. So without wasting any more time, let’s get started.

Did Jiraiya Know It Was Sasuke?

Since the beginning, when Sasuke and Boruto traveled to the Past to save Naruto from Urashiki, Jiraiya was keeping a close eye on both of them. Even Sasuke knew that Pervy Sage is quite smart and capable to find out their truth. It is also weird to obsess too much with two unknown Shinobis and protect their life costing their own, which made Jiraiya even more suspicious. He even asked Sasuke about his identity, but somehow Sasuke avoided the situation.

In the finale of this arc, Jiraiya firmly asked Sasuke to remove his and Naruto’s memory with his Sharingan. He told Sasuke that he learned something unusual which he shouldn’t know. This confirms that Jiraiya was well aware of Sasuke’s identity. Finally, Sasuke cleared both of their memories about every event that took place there and returned to the future. This is where this arc came to an end. These events took place in Episode #132 of Boruto: Naruto’s Next Generations Anime.

As we said above, this arc seems like fan service. This arc had some good moments but some horrible things which you can’t deny. Time Travel arc presented the chemistry between Naruto and Boruto in a perfect manner which made Boruto learn about his father’s past. The Sasuke also learned how Naruto was obsessed with him in his childhood. The animations and fights were top-notch and exhilarating. The combination of father-son was worth watching. The only thing we didn’t like about this arc is the scripting of Urashiki Otsusuki. We had some high hopes with Urashiki, but all we got is a normal villain who wants to destroy everything. Urashuki was introduced in an anime with a boom and engaged fans to make some extreme theories, but poor writing and horrible character sketch destroyed this character very well.

It is also clear now that Urashiki was the lower-class Otsusuki and the weakest among all till now. He was sent on Earth to assist Momoshiki and Kinshiki.

Where To Watch Boruto: Naruto’s Next Generations Anime?

Now it’s time to know about the platforms to watch Boruto anime. The most popular platform to watch Boruto is Crunchyroll. Crunchyroll allows us to watch thousands of anime on a very affordable monthly subscription. There are various plans which you can buy as per your need. A single subscription is all you need to enjoy anime anytime, anywhere in the highest quality possible. The best thing about Crunchyroll platform is, It allows ad-supported content, so if you don’t want to pay for the subscription, you can still watch the show in standard quality. Here is the link to watch Boruto.

Also read: How Strong Is Code In Boruto?

Will Bulma Die in DBZ? Everything To Know About Bulma’s Death in Dragon Ball