Jim and Pam, The Office

The Office, one of the iconic sitcoms of this era, is just incomplete without the remarkable chemistry between Jim and Pam. When we talk about this series, we compel to compare it with the other masterpieces like ‘F.R.I.E.N.D.S.’, ‘and how I met your mother’. But this one is the GOAT and stands out. The show has also stridden out of being strictly a “Sitcom” and ventures into very substantial, sometimes dark territory. There are endless reasons for making you fall in love with this Sitcom. The most important of all the reasons is the relationship between Jim and Pam. The writers then tried to split up the couple for a while but did Jim and Pam break up? Inquisitive, right! You will get your answer at the end of this article.

The main couples of ‘The Office’, Jim Halpert and Pamela Morgan Beesly, aka Jim and Pam, are the soul of the show. These characters are beautifully portrayed by John Krasinski and Jenna Fischer, respectively, in the series. Their relationship has seen a lot of ups and downs, but how did they eventually end up is something that captures the viewer’s attention. We have gathered the complete overview of their relationship(Spoiler alert!), go on, and discover this yourself.

Also read: Top 10 Facts About The Office Every Fans Should Know!

With the start of the first season, Jim and Pam were great pals. They had a personal unique tuning from the beginning. It took some time for them to acknowledge their feelings for each other While Pam was already in a relationship with the warehouse employee, Roy, they even were all set to marry each other. Their mysterious relationship started with some pranks and jokes, but with time their growing fondness for each other was quite evident. Pam always denied the existence of her feelings for Jim and decided to carry over with her plan of marrying Roy.

Still, she was unsure about her bond with Roy, and her longing for her favorite Prankster, Jim, intrigued her to confess her feelings to Jim. Meanwhile, Jim got in a relationship with Karen, but it didn’t work out because Karen was conscious of the slight insight of Jim and Pam’s bond, which bothered her a bit. Eventually, Pam and Jim were together and got married and had two children. Everything went quite well till season 8 after that, things got quite worrisome as they had to maintain a long-distance relationship. Viewers were very disappointed with their split-up, but the writers of the documentary thought of spicing up things a bit. So, Did this conspiracy went well? Did they break up? The answer is no longer far!

The rumored break up of Jim and Pam

No, Jim and Pam didn’t break up. The Power Couple was together back again. The Office was going to have an almost dark ending with Jim and Pam’s split-up, which was disappointing for the viewers, but the writers managed to make up with the audience’s expectations. They finished their relationship on a positive note. 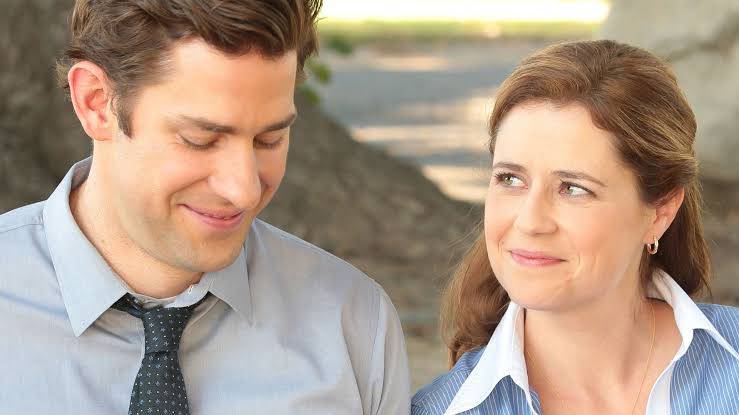 The breakup between the couple was never going to happen anyway. It was just created to make the ending more satisfactory. How can one enjoy the climax if there’s no anxiety beforehand? Not denying this fact, viewers were quite impressed with the way the documentary ended. The storyline was a bit here and there at the end, but it did make the ending even more poignant. If you can’t find yourself and relate to the characters of any show, then there is no point in investing your time in it. The office gives you enough reasons to watch the show over and over again. Yes, it has ended well, but we can still expect better things coming up from the writers of the series.

The Office has more abiding storylines and greater respect for continuity than most Sitcoms. This makes it more rewarding to loyal viewers. Despite filling the Sitcom receptacle, episodes tend to use storytelling gimmicks such as disjointed timelines that make them somewhat more fascinating. The plot is quite realistic based on true events and stages everyone goes through.