Did Imagine Dragons Break Up — The rumors explained

In this article, we cover if did Imagine Dragons break up. There are many rumors surrounding the split of the American pop band from Las Vegas. You might remember Imagine Dragons from their 2012 debut alum Night Visions and their top singles “Demons” and “Radioactive”. Also, this popular band is the recipient of three American Music Awards, one Grammy Award, and one MTV Video Music Award. With over 35 million singles sold in the United States and worldwide, today we give you the scoop on what’s up with them.

To sum things up, no. Imagine Dragons did not break up. They actually just released on July 2, 2021 a new single titled “Wrecked”. The last rumor of this band splitting up actually goes back all the way to 2019. When the band decided to “take a break”  when vocalist Dan Reynolds wanted to take some time off for his family. But that beef seems long gone as the band just released this new material.

Did Imagine Dragons Break Up?

Imagine Dragons didn’t break up. They actually released a new singe just three days ago, on July 2. It’s called “Wrecked” and it is available on Spotify, you can listen to the single right here. There were some really old rumors of their break up after Dan Reynolds (lead vocal singer for the band) chose to take some time away from the band to focus on his family. Additionally, at the time of the announcement (2019) lead guitar Wayne Sermon was also busy taking care of his young child and had to commit to their family duties.

Right now, the band just released new material. And earlier this year, in March the band released another two singles titled “Cutthroat” and “Follow You”, these two songs will be included in their latest studio album, titled “Mercury —Act 1” which will release on September 3, 2021. So if you’re an Imagine Dragons fan, that album will be available for you. The new Imagine Dragons album was produced by veteran Rick Rubin (he did major albums for Red Hot Chili Peppers) and Joel Little (another industry and Grammy award recipient whose done work with Taylor Swift and Jonas Brothers).

When is the Next Imagine Dragons Concert?

Spanish fans —and Otakukart readers— can enjoy some of Imagine Dragon’s tunes at the Mad Cool Festival 2022 at Madrid, Spain. As European countries relax their restrictions and promote tourism. In doing so, they organize concerts like the one Imagine Dragons will perform. How cool is that? The prospect of actually going out sometime after more than a year seems attractive. And Madrid surely is a nice destination with its parks, museums, gastronomy and natural sightseeing. You can book tickets to the next Imagine Dragons straight from their website.

What disease does Dan Reynolds have?

It’s a public fact that Imagine Dragon’s lead vocalist Dan Reynolds is a spoken advocate for ankylosing spondylitis. Although he’s been private about that diagnosis. He’s vocal about the disease and likes people to know off-stage what this autoimmune disease is all about. In the next few lines, we will try to explain very simply what this disease is. Ankylosing spondylitis is a chronic inflammation of bone and cartilage joints in the human skeleton. This disease causes painful stiffness because the bones solidify and oftentimes compress nerve endings, sending constant shockwaves of pain to those who suffer it.

Also Read: David Lee Roth Net Worth: How Much is the 80s Rockstar Worth Now?

Dan Reynolds initially felt very bad about his disease he learned his diagnosis. Then became very vocal about it and even partnered with big pharma’s patient sponsor program as a vocal personality. The program, called “ThisASLife” brings together patients and healthcare providers and explains the disease and how we can treat it. Besides working with Novartis on that program, Dan Reynolds also joined the Spondylitis Association of America, boosting a website for awareness on this disease. 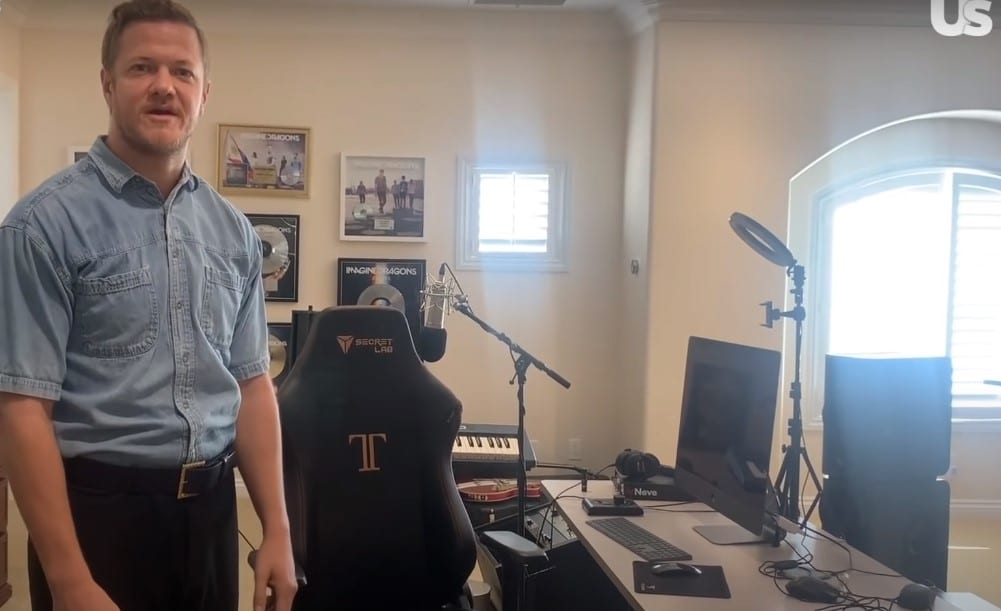 What is the Origin of the Imagine Dragons Break Up?

Imagine Dragons break up rumors began to trend soon after the release of their material. Just a couple of days ago, on July 2, the band released a new single. But how did the rumors begin? For one part, Dan Reynolds made an announcement a few years ago that he’d separate from the band to focus on his family. Also, the lead guitarist had to take care of some family matters. Then the ankylosing spondylitis diagnosis for Dan Reynolds forced him out of the heavy circulation of a band tour.

Since ankylosing spondylitis treatment is costly, time-consume, and involves physical rehabilitation, Dan Reynolds was even forced to cancel some tour dates with his band to take care of his health. That prompted many to begin speculating about the future of the band. But those rumors quickly dissipate when you come to the facts: The band is active, just released new material, and Dan Reynolds’ health appears to be even better as he dealt with spondylitis treatment. All in all, we wish Imagine Dragons the best.