Did Gene Simmons Cheat on Shannon Tweed? Interview Heads In An Awkward Direction 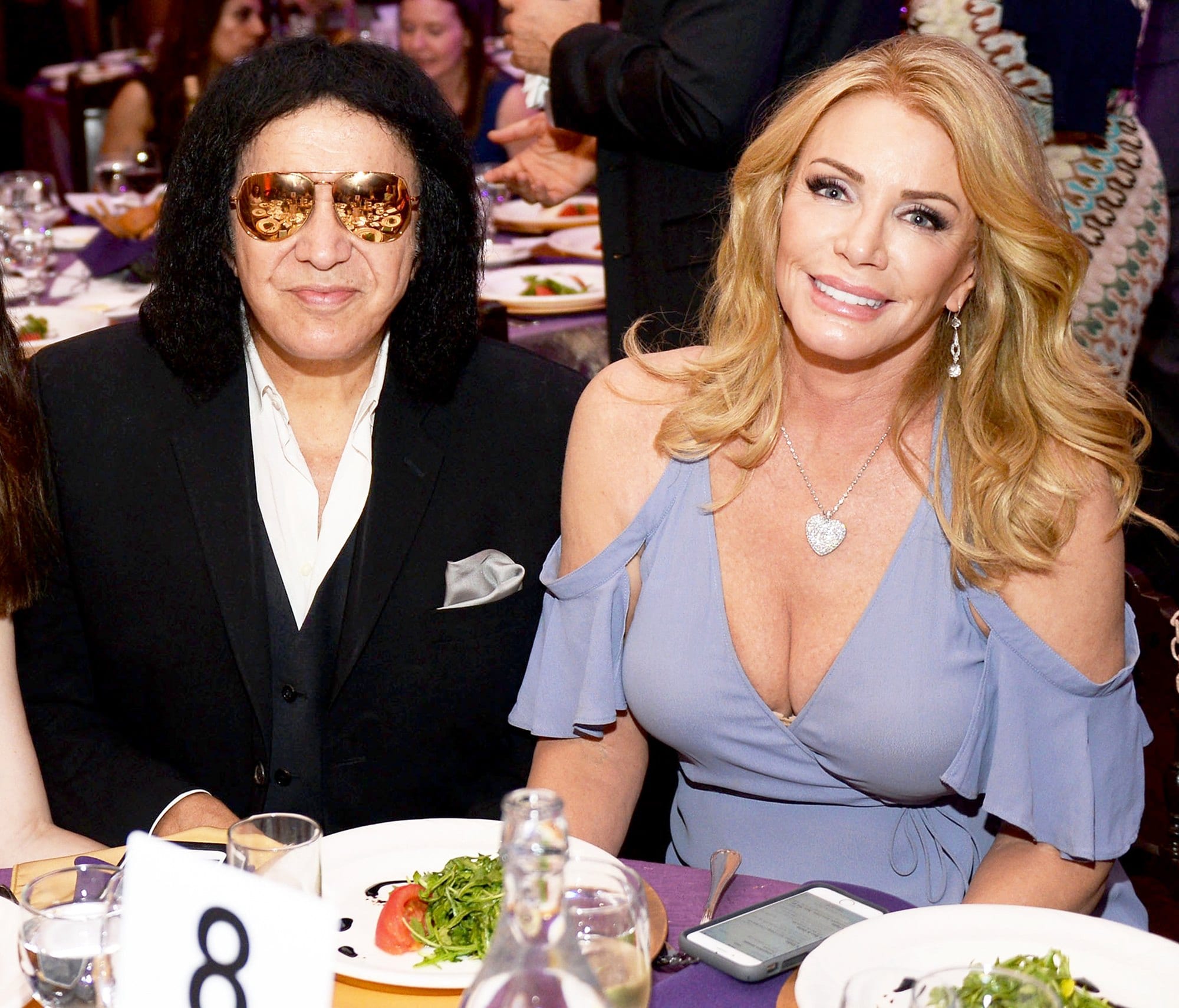 Gene Simmons can be considered as one of the most successful people right now on Earth. He has a full career as a rock legend while being a father and even a wealthy businessman. Gene is popularly known among the media platforms right now for his infidelity and has gone on a record to update all the people about his relationship with women. While he was being interviewed, Gene told the press that he has slept with thousands of women while he was working on his journey of KISS. Well, by the way, he was speaking of this personal aspect of his life; we can not help but think that he obviously enjoyed it.

Although, there surely was one person who was utterly shocked and did not enjoy it, and she is none other than Gene’s wife, that is, Shannon Tweed. Things were not in favor for Gene because when Shannon found out about one of these instances, she went on to have a live appearance on television which turned out to be truly awkward. This was the moment when Shannon, as well as Gene, were sitting together and were questioned about this instance of Gene’s life, which did not come out well.

What did Gene Simmons Say About Cheating Shannon?

After this scenario turned out very awkward, Gene came on record again to discuss the relationship which he has with his wife right now. He said that Shannon Tweed had forgiven him for all the mistakes which he did in the past, even though there were a lot of them. While he was being interviewed, Gene revealed that he had been married for more than five or six years now, but before that, he has been a bad person for 29 years. After this, he went on to appreciate his wife about how she forgave him over and over, and this is the best thing about her and all women in general. Gene also mentioned how guys are not so forgiving and will never do what Shannon did.

Continuing with his statement, Gene also mentioned how women are capable of seeing the bigger picture that men absolutely can not. He also appreciated the opposite gender for giving life as the first boon and, on the other hand, said that men can not do that and how they are here to just work. Gene also said how they can not ask for directions and are unable to grasp the concept of emotional components because they are not designed that way.

Gene Simmons is The Kiss Rocker, who is currently 71 years in age, while his wife, Shannon Tweed, is 62 years in age. The couple married back in 2011 in front of 400 guests at a ceremony arranged in Beverly Hills. As a couple, they share two children together. Their eldest son is Nick, who is 28 years in age, and a daughter named Sophie, who is 25 years in age. Back before the two married, Gene went on record to reveal that he had been into a lot of wacky stuff in September of 2011.

This is what we were discussing at the start when Gene Simmons revealed that he has slept with over 5,000 women and even have polaroids with each one of them during the encounter. Later in December of 2017, there were allegations made by a radio personality who claimed that it was Gene Simmons who groped her and made unwanted advances. Although, Gene came on record to deny all these rumors as well as allegations and said that he has never harassed that radio personality.

Well, when he was talking about Sophie and Nick, we could especially see a spark in his eyes. Gene did not hesitate to open up about them and revealed a lot of information. He says that he thinks of himself as the most blessed guy on this planet to have such wonderful kids. Gene also said how we can not call them kids now because the two have grown a lot awfully. Just like that, he also disclosed how Nick does not always want to talk about his height but is pretty tall, while Sophie can be dubbed as the head of the family.

Who Is Like Nastya? Meet And Know About YouTube’s Most Popular Child Star

Who Is Ant Anstead Dating? The Star Sparks Rumours With Renee ZellWeger