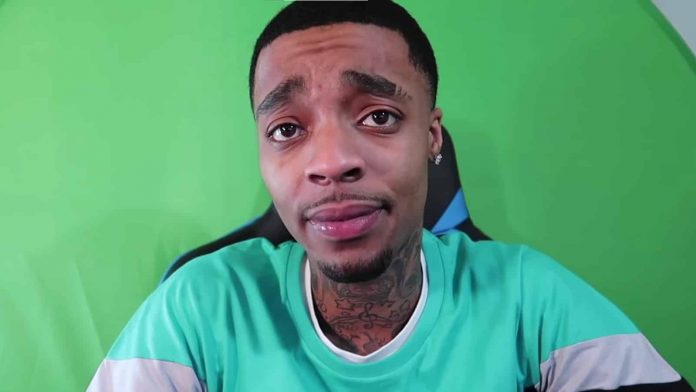 Kimani Tariq Kamiru-White, who is a twenty-five years old Youtuber, popularly known as FlightReacts or simply Flight, is an online personality. He is a very famous American youtube fame and musician, known for his reaction videos, mostly to NBA games. He now lives in California. He has a second Youtube channel called NotYourAverageFlight.

On his channel, the contents are reaction videos to NBA games and several highlights. He posts basketball videos and 1V1s against other fellow Youtubers, which has included  Jesser and RiceGum. Apart from creating contents online, he is passionate about music as well. His most popular song is Disingenuous, which by now has 8.4 million views on his channel FlightReacts. His songs can be reached out on several musical platforms other than youtube like Spotify, SoundCloud, and Apple Music. Despite his success in YouTube, he wants to achieve his childhood dream of playing in the NBA. The reason behind his name ‘Flight’ is that he remained high most of the time, which led people to call him Flight.

The popular face of the internet, FlightReacts, caused a wave on the internet when he officially announced his relationship. In a series of tweets, he posted pictures kissing his girlfriend and talked about her as well. The photo revealed that the girl was not new but someone with whom he shares an affair for a long time. Looking at their words and string of commitments, it was thought that they are serious about each other.

Drea herself is a YouTuber who creates reaction videos on her channel.

On 14th March 2021, in the announcement of his video Baby, he stated that he was happy in the relation. However, three weeks after that, things took a different turn, and the bond got affected.

Did Flight and Drea break up?

As promised by Flight, he released a video on 21st March which explained everything that had happened.  The video was posted on his second YouTube channel, ‘NotYourAverageFlight’ that titled ‘Single…The CRAZIEST Women I EVER Met Story!”.

Flight said that it was not the first time she had done sh*t like that. It was not a video to bash Andrea, and he went further to say that Andrea is a really good woman and she has a good heart. Andrea, in reality, is crazy and psycho. He added that honestly, he feels that she has some personal sh*t going on that she does not explain or try to take that on him, for whatever reason. He cleared it out that she never cheated or sabotaged him or anything of that kind.

In the end, he said that even earlier, he had fallen out of love with Drea, and Drea’s insecurities are the main reason which led them to part ways.

On March 19, Flight was streaming a reaction to rapper DDG’s new song when Drea asked him to talk with her. Casually, he asked Drea to wait till he finishes his work so that they can have a proper conversation later on. This refusal crossed her to such an extent that in between his streaming, she shouted at him. she said to him that she had asked him not to embarrass her. She went further to tell him that he was b*tching him around. After which, she switched off the stream. Seeing this, several fans of Flight got tensed about him whether he is fine or not.

After few days, Drea herself tweeted that things are alright between the two of them. She tweeted that every time they end up together after a fight and they are fine. And also it happens all the time.

After a few days of Drea’s tweet, Flight broke his silence and tweeted that things are not fine between the two. He tweeted that he finally got her out of his crib after 5+ hours of being held, hostage and she wouldn’t leave. I don’t believe sh*t that was posted by her. He is still single, and he also informed me that he would soon release a video explaining everything ASAP.