Kenny Rogers died at the age of 81 on 20th March 2020. During his last duet with Dolly, she told him that she could never sing at his funeral! They shared a sweet bond but were they an item? Let us know! 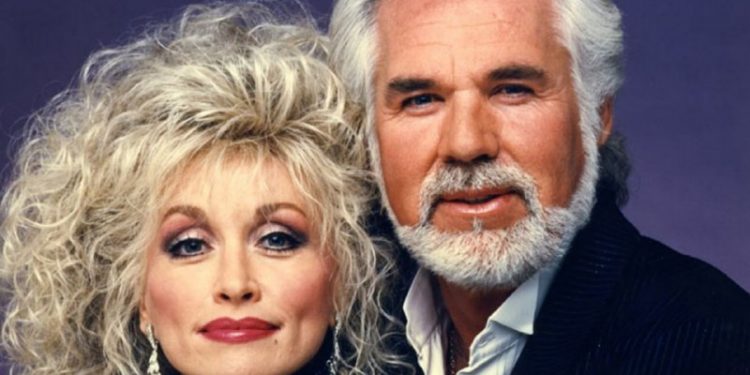 Did Dolly and Kenny have an affair?

Let us find out that did Dolly and Kenny have an affair! This pair had blessed us with several hit duets, and their undeniable chemistry had always made us fall for them. The way they both used to enjoy their harmless flirting game is worth mentioning. It was their similarities that used to fuel their chemistry! Working together over the years had made them quite a family. And the way both of them used to understand each other had always ignited the rumors that they were an item! But did Dolly Parton and Kenny Rogers really have an affair?

Well, if you too think this way, then it’s not your mistake because it was their inseparable bond that had always presented them as a couple. However, according to them, they have never crossed the line of friendship. But when we got to hear the statement of Kenny’s ex-wife, it seemed that the things were not that straight as they might look. And so, if you want to know the full truth about Dolly and Kenny’s not-so-usual bond, stay with us as we dive through their relationship!

Also Read: Who is Tucker Carlson’s Wife? A Deep Dive through their Love Journey!

Their first meeting and the budding of an inseparable bond!

They met in Nashville! In Kenny Rogers’ 2012 autobiography Luck or Something Like It, he explained about his first meeting with Dolly. Where he wrote that he would love to say that he and Dolly became friends immediately. However, this is not the reality! The first time when their paths collide was when Parton was headlining a television show titled Dolly. It was around the ’70s. And Kenny was invited to appear on Parton’s show. But at that time, Dolly was extremely busy with her schedule, and so Kenny was just one of the guests on her show. But then how they both have got to know each other!

Well, their first meeting was casual, but the second had changed the overall game! Their fate decided to bring them close when Rogers asked Bee Gees famed Barry Gibb to produce his 1983 album. But the things were getting hard for Kenny to record the “Islands in the Stream.” He was about to give it up. But then Barry came up with the idea of turning it into a duet. And for that, he suggested the name of Dolly Parton. Fortunately, on that day, Dolly was in the same studio. And this was the budding of a relationship that lasted over a lifetime! “Islands in the Stream” turned out to be a massive hit duet. Which now is considered as one of the best-known country duets of all time!

Also Read: Gregory Porter’s Net Worth: All About His Albums

Did Dolly and Kenny have an affair?

Dolly and Kenny have several times toured together. Moreover, their work-life had made them spend more and more time together. They were like a family. Once when Rogers made an appearance on Parton’s show, they both have discussed the possible reasons that might be fueling their bond. Which turned out to be their similarities. Rogers explained that the thing which affects the relationship between the two is their upbringing and their backgrounds! And both he and Dolly have gone through a similar kind of struggle story to climb the success stairs in the music industry.

Moreover, it would be worth mentioning that once Kenny Rogers introduced Dolly Parton as a special person who has a very special place reserved in his heart. When they were asked that do they have an affair, they replied that they know that mostly all the people think it that way, but they are nothing more than the friends who share a lovely bond. Additionally, once Kenny had opened his heart to share their experience while recording their last duet, “You Can’t Make Old Friends.” He said that this song is very close to their hearts, and many can relate to it, including him and Dolly as well!

Though they were always good friends when Kenny’s ex-wife ‘Janice Gordon’ was asked that during their relationship did she had any problem with Dolly’s bond with Kenny Rogers. She replied that she was never jealous of their bond as Kenny had always made her feel like his first priority. However, once she thought that at a point, Parton may have made a move! She continued by saying that Kenny was always open about his feelings. And once he told her that he and Dolly had a cute thing going on and if anything happens between them, they would lose that!

Is Law and Order SVU Ending? What Is The Future Of The Show After Season 23?