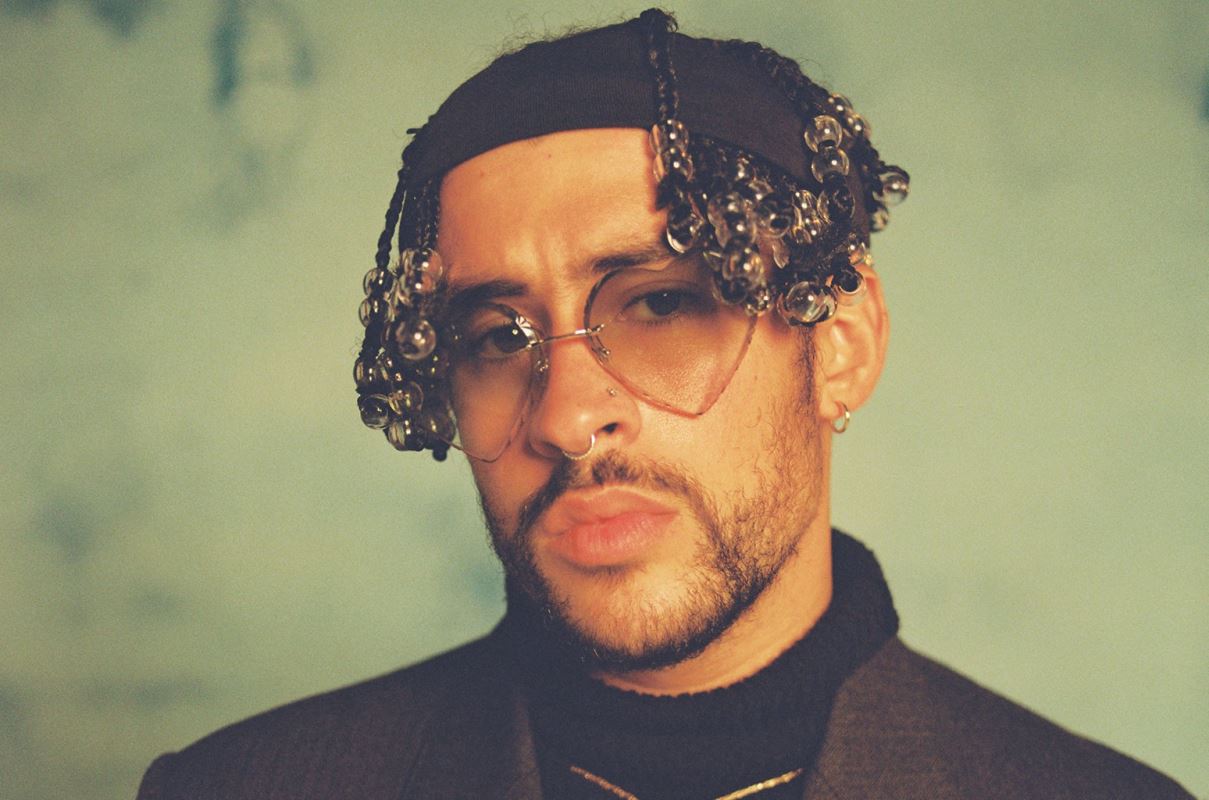 Bad Bunny, the famous rapper, has been the subject of a few rumors recently. His long-term relationship with his girlfriend seems to be on hold. Benito Antonio Martnez Ocasio is Bad Bunny’s real name. He is a well-known Puerto Rican singer, songwriter, and rapper. Besides that, presently, he is a part of WWE, on the Raw brand. He is often noted for his slurred vocal style as well as his great fashion style and sense.

This public figure has often collaborated with artists such as Rosalia, J Balvin, Arcángel, and Daddy Yankee. Well, returning to the rapper’s personal life and the speculation about his breakup with his girlfriend. Are the rumors true or not? Go through the entire article and get an answer for yourself.

Who Is Bad Bunny’s GirlFriend?

Bad Bunny is dating Gabriela Berlingeri. Gabriela Berlingeri is a model, photographer, and jewelry designer. They met in a restaurant in 2017 when Bad Bunny was dining with his family, and they started dating shortly after. Berlingeri aided Bad Bunny in the recording of “Te Guste” in 2018 by supplying scratch vocals for Jennifer Lopez’s parts in the Bad Bunny’s song. Until 2020, Bad Bunny kept his relationship with Berlingeri hidden from the public eye. When he talked about his girlfriend, Gabriela, publicly for the first time, he expressed that she made him happy and supported the singer in every manner, especially emotionally, when he required it the most. The couple has been together for three years now. Though not much, they do sometimes share pictures of each other on Instagram. 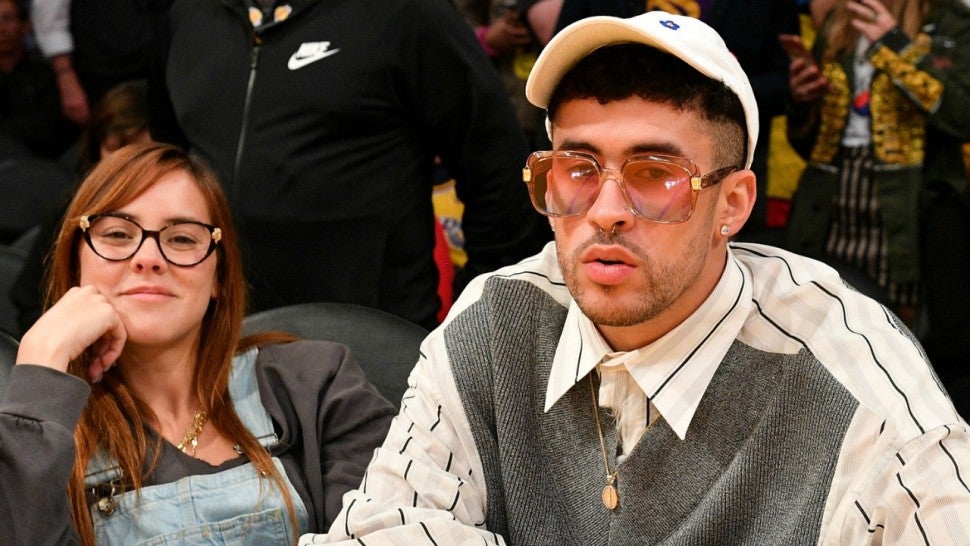 It has been reported by Bad Bunny several times that how he is a private person in general. He does not like crowds and sharing his personal life out much. This clears why the relationship was private for such a long time. Also, why the couple is not much active on social media when it comes to their relationship, they both are also professionally involved. Berlingeri made history as the first Latina to shoot the magazine’s cover when she photographed the rapper for Rolling Stone’s May 2020 edition.

Gabriela was spotted wearing a huge diamond ring on her ring finger in August 2020, sparking engagement rumors. Her boyfriend was seen wearing what appeared to be a wedding band while filming a commercial in Los Angeles a few months later, in October.  Bad Bunny, though very soon, confirmed whether he was engaged or married in November 2020. He stated clearly that he was not married. But at the same time, he said, ‘I am not that married.’ This hinted towards the engagement rumors confirmation. Apart from that, talking about marriage, he said the concept as a whole seemed terrifying to him. He was not sure if he was yet ready for it.

Read More: How Much Did Nick Lachey Get In Divorce?

Are Bad Bunny and Rosalia Dating?

No, Bad Bunny is not dating the famous Spanish singer, Rosalia. The rumors of them dating were alive when Rosalia’s and Bad Bunny recently made an official announcement about their musical collaboration. On Saturday, February 20, Bad Bunny and Rosalia appeared on Saturday Night Live, and it was a smashing success.  The audience was very overwhelmed about their intense chemistry, with many believing that they might be dating. Fortunately, the singer quickly clarified and confirmed that he and Rosalia were not dating. He also stated that he was in a serious relationship with her girlfriend, and he totally adored her.

Did Bad Bunny and Gabriela Break Up? 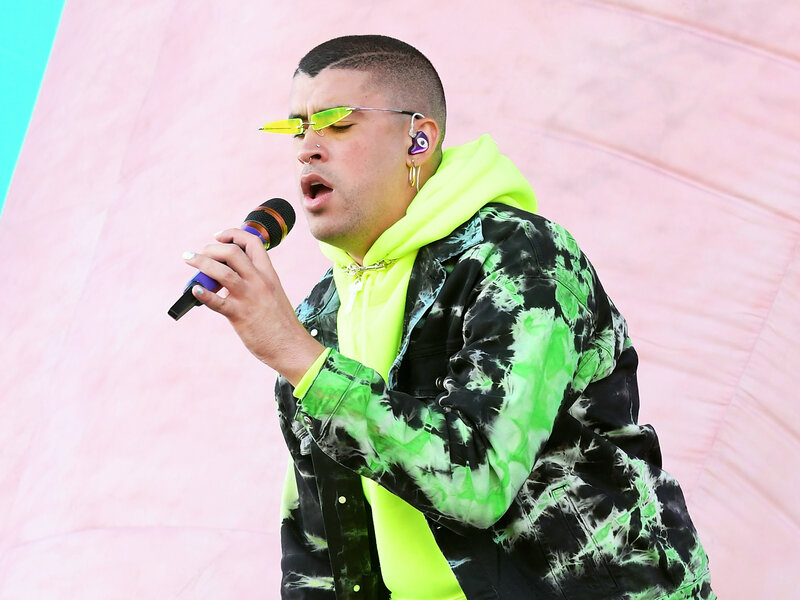 A Still Of Bad Bunny Performing

Well, we cannot really say anything for the moment since not many rumors regarding their break up have been up. Whereas Bad Bunny’s recent tweets such as “April will be better than March,” “Normal,” and “Let the next come” have given rise to speculations among the fans. Fans feel these tweets might be connected to Gabriela and Bad Bunny’s break-up. Apart from that, Gabriela is presently also not following Bad Bunny on Instagram. That makes up another hint for the break-up.

Although, the tweets could also be a promotion technique for Bad Bunny’s upcoming song or project. And for that matter, they both still have each other’s pictures up on Instagram. The scenario is, therefore, very confusing. Bad Bunny and his girlfriend have not responded to any such rumors. Therefore nothing has been confirmed. However, it does not really seem like they have broken up. At least, that is what we can hope for now. Let’s wish we get their denial on the rumors soon.

Read More: River Where The Moon Rises To Re-Film First 6 Episodes With Na In Woo As On Dal