13 Reasons Why became a sensational show and was very popular among the youth. There were a few couples who had unmatchable chemistry between them and was stunned by the audience. One of the most popular ships is Alex and Zach, and they left people wondering did Alex and Zach breakup. In this article, we will learn about did Alex and Zach breakup and know more about their relationship timeline. However, before we dig more about their chemistry and breakup, we shall discuss more the show. 13 Reasons Why is a Netflix teen drama streaming television series and is adapted from the novel Thirteen Reasons Why by Jay Asher released in 2007. The mystery and psychological thriller focused on the life of Clay Jensen, a high school student.

Clay Jensen, played by Dylan Minnette, is a teenage high school boy who deals with the aftermath of the death of her crush, Hannah. However, Hannah did not die a natural death and committed suicide. Before she took her life, she records in a box of cassette tapes why she decided to end her life. She also names the people who she thinks are responsible for her decision of committing suicide. We also see Clay being consumed about the death of his beloved and tries to find out the main culprit behind her death. 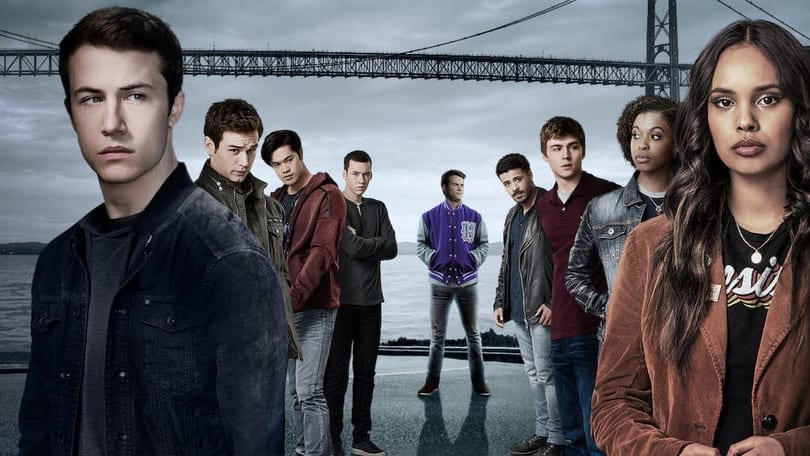 The poster of 13 reasons why

There are multiple reasons the show became successful show and had a wide audience. The show covered important youth issues such as suicide, sexual assault, bullying, racism, jock culture, mental health, drug addiction, alcoholism, domestic violence. It also threw light on the existing homophobia, deportation, police brutality, steroid use, homelessness, HIV, and abortion. The show was developed by Brian Yorkey and Selena Gomez being one of the executive producers.

Who Is Alex Standall?

Alex Standall played by Miles Heizer, is a teenage high school guy. He also was the former friend of Hannah and the ex-boyfriend of Jessica. Jessica is also a high school student, and both of them attended the same school, and she is also a sexual assault and rape survivor. She was raped by Bryce Walker, who is a terrible guy and a serial rapist known to rape unconscious girls. He was a spoiled rich guy and also sexually assaulted Hannah. Bryce was an unapologetic person unless he was killed by Alex who pushed him into the river. Before Alex killed him, Bryce was mercilessly beaten up by Zach after Bryce injures Zach during a football game. Alex finds out about his feelings for Zach.

Alex is a soft, caring guy who often portrays himself as the blunt guy. He has attempted to take away his life and was highly affected by Hannah’s death. Alex is also a mysterious guy and tries to get out of the darkness and improve his mental health. At the time, he also realizes his sexuality and his growing attraction towards Zach.

Also Read: How To Watch ‘His Dark Materials’ Season 2?

Who Is Zach Dempsey? Zach is a kindhearted guy.

Zach Dempsey, played by Ross Butler, belonged to the same school as Hannah and Alex. He had a thing with Hannah previously and is known as the kindhearted guy. Zach also developed a friendship with Alex, and as the friendship grows things start taking different turns. Their chemistry gave rise in the following seasons to the question did Alex and Zach breakup or are they still together.

Did Alex And Zach break up?

Alex and Zach built up their friendship, and it bloomed more as Zach helped him to come out of his dark state of mind. Zach was always there for Alex, which acted as a reason for Alex to start developing his feelings for Zach. The audience could feel their chemistry and soon became one of the most shipped couples. The duo created such a strong fanbase as #ZALEXFOREVER trended on Twitter after they had the most anticipated kiss.

As Pride Month is going on, the fans took to Twitter and gave their opinion on Alex coming out. The fans can’t contain their excitement for the duo and demanded more intimate scenes together. Though, the show aired its final season. In the fourth and season, Alex dates Winston Williams, and Zach pursues his passion.

However, the duo was never in any official relationship, so Alex and Zach did not break up officially.