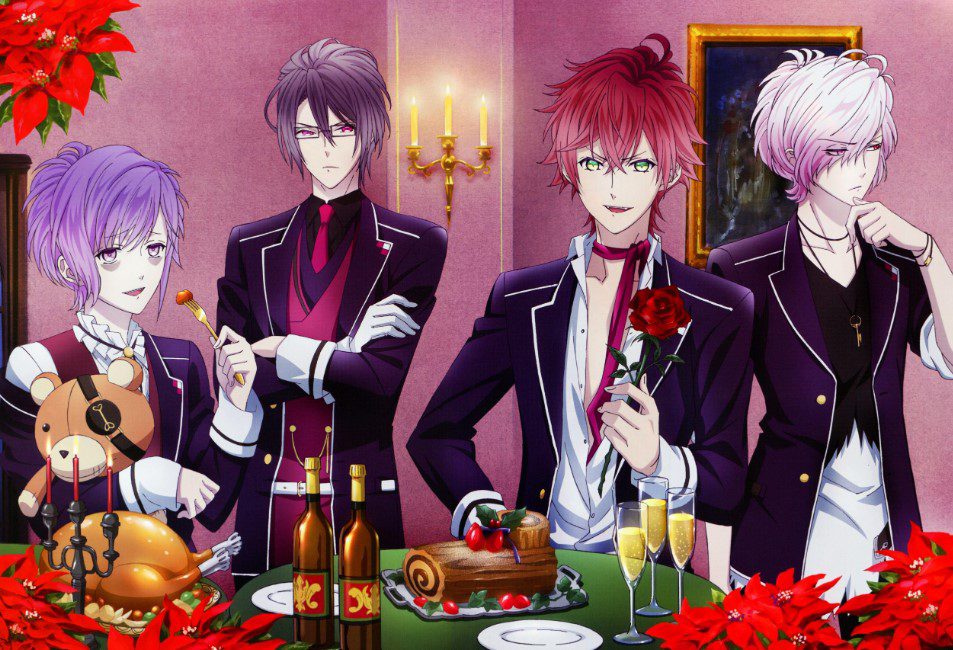 Diabolik Lovers is available across the various official streaming platforms, and after learning about this anime’s characters, you will want to watch this anime. We will examine the best Diabolik Lovers characters and some things about them. This will be the best list of Diabolik Lovers for those interested in vampire anime filled with action and harem. Most anime with the relationship between humans and vampires have the best characters, and this is one of them. The fans who know anime like Diabolik Lovers know what to expect below in the list.

Diabolik Lovers from a drama has more than two seasons, including the OVA. Those unfamiliar with this anime will learn more from the list of its characters. Diabolik Lovers reveals the story of a Yui girl who has a vampire’s heart and begins to stay with vampires. This story is based on a few humans and a clan of vampires with other few members of other clans. Komori Yui is the only human with the gift of seeing spirits, and she has heard rumors about vampires possessing humans’ bodies. Let’s learn more about this vampire and human characters below.

Ayato Sakamaki is the male character and leading character of Diabolik Lovers. He was born in Sakamaki’s Household as the third son. Laito, Ayato, and Kanato are the triplets and sons of the Vampire King, Cordelia, and Karlheinz. Ayato is a vampire with reddish hair, and two vampire teeth are always visible when he smiles or talks. He loves to pull pranks, and his family calls him a troublemaker. 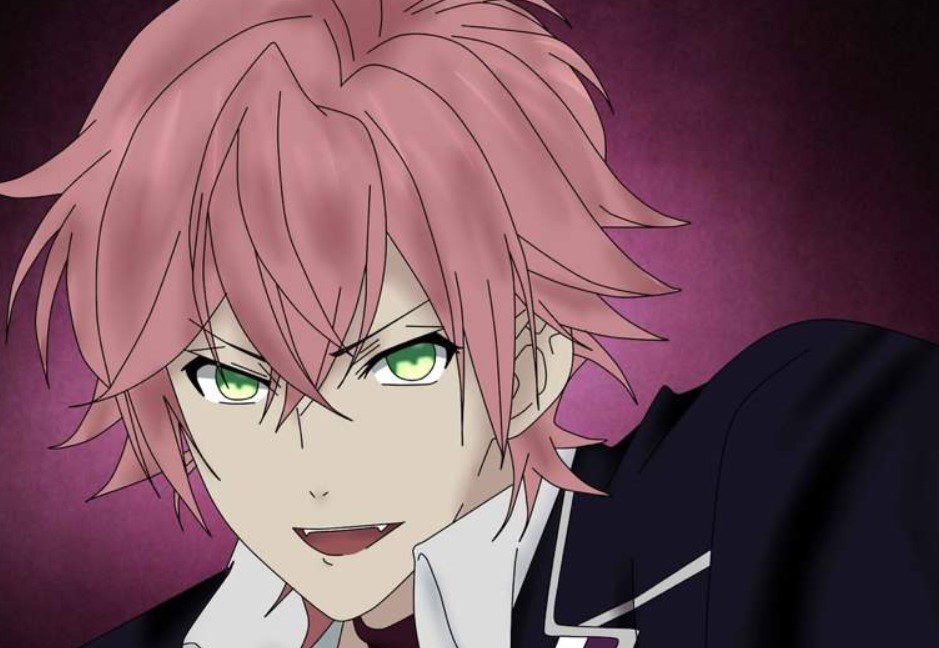 Ayato believes he is above others and loves to bully those around him. Due to the culture, they believe that when triplets are born, the older one is the last one to be born. When he was born, Ayato got more attention from his mother since he is energetic.

Yui Komori is a blonde girl with pale skin and blonde hair. She is the heroine of this anime, and when her father went to another country, Yui moved and joined six vampires. Yui is a beautiful human girl, but her future changes when she moves. She began staying with six vampires. One day Laito sent Cordelia flying, and Ricteher found Cordelia dying. Cordelia requested Richet to take her heart and implant it on Yui’s body. 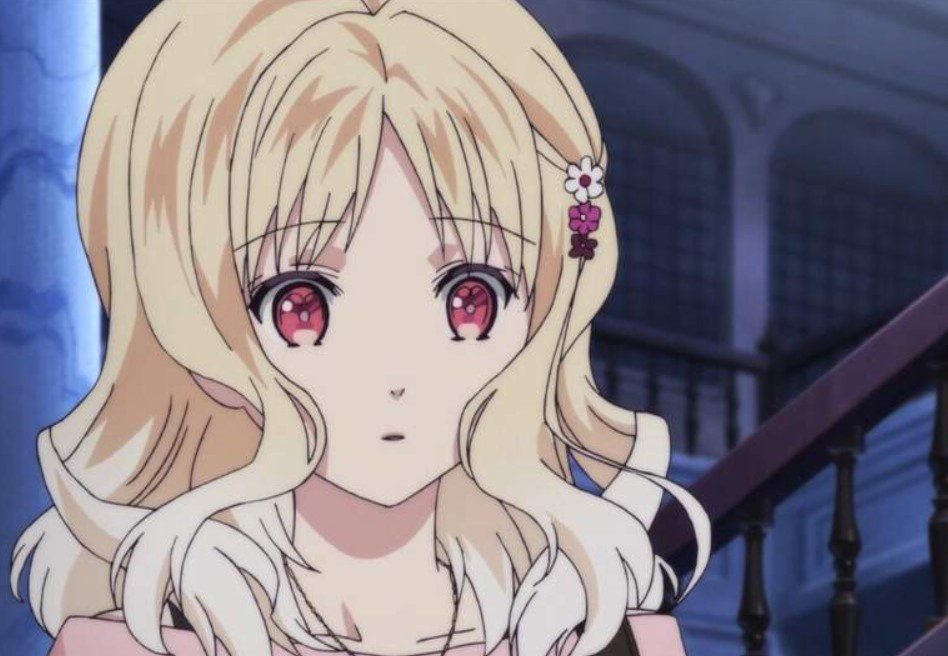 Later, Yui revealed that she was abandoned and handed to Seiji, the vampire hunter. This helped Cordelia from being taken away by her family. Seiji is the priest that owns a church and has raised Yui as his daughter. But he never told her that he was not her birth father, but he told Yui that her mother passed away when Yui was young.

Yui never knew that Cordial was the daughter of the Demon King, and she later learns that she is the power bank for the vampires. The vampire brothers learn about Yui’s pure quality blood and take her in. They are unaware that she is human with the heart of a vampire.

Karlheinz is commonly known as Tougo Sakamaki. He is Cordelia, Beatrix, and Christa’s husband. Karlheinz is also the father of six vampires and the current Vampire King. He is a popular man, politician, and school doctor in his country. Due to his vampire powers, he can change his appearance when he goes to politics or school. Karlheinz is an immortal that doesn’t age but only his years increase, and he is more than 200 years old. He is the most powerful being to ever live in the Demon World. 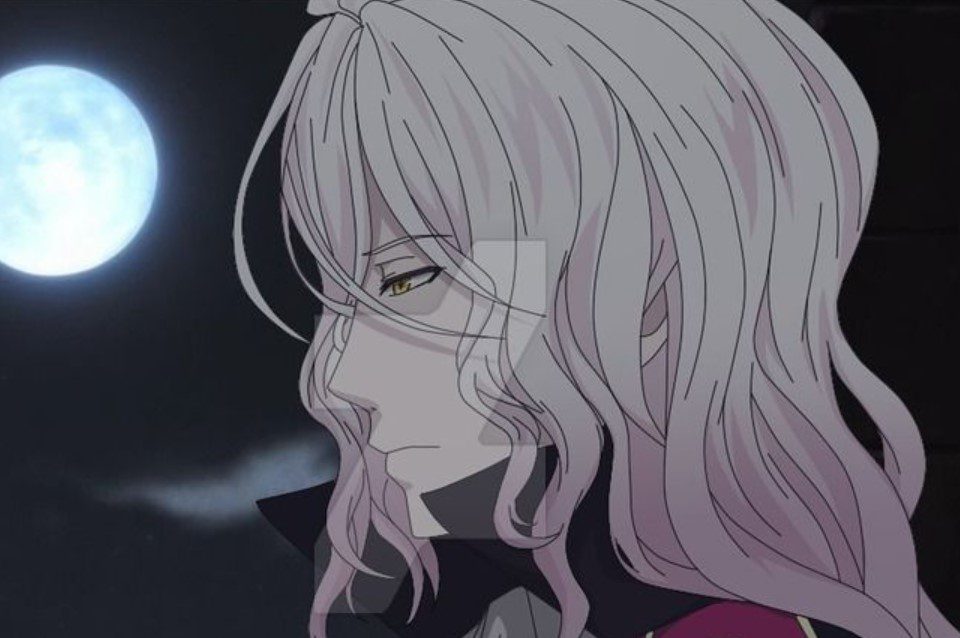 Laito Sakamaki is born in the third household of Sakamaki, the fifth son but the third biological son of the Sakamaki household. Laito, with Kanato and Ayato, the vampire triplets and sons of the Vampire King. Laito is a pervert, and his behavior always gets him suspended from school. He takes after Ayato, and they are unstoppable when he and Ayato are together. He is the youngest boy among the vampire triplets. 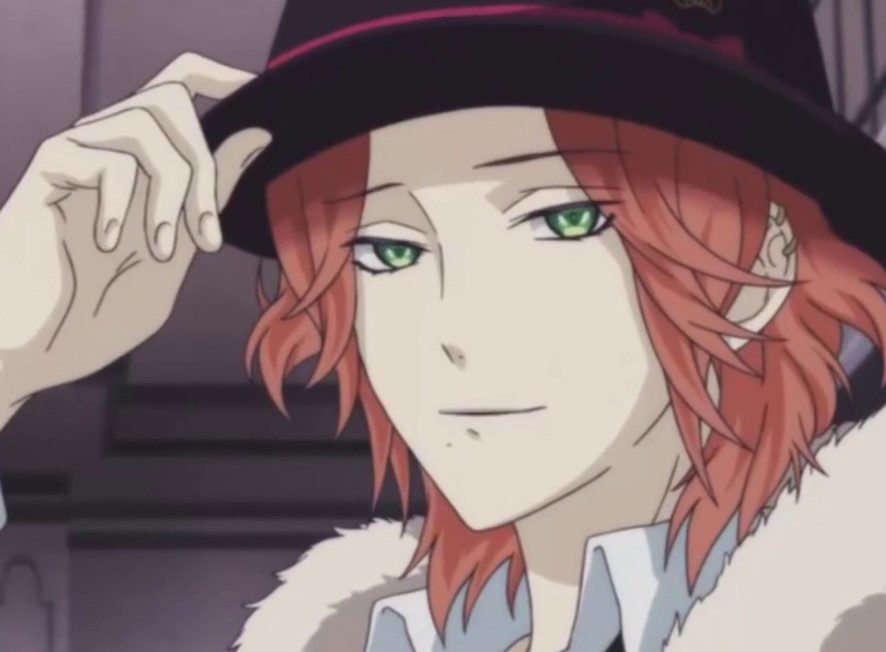 At a young age, Laito felt no one loved him, especially his mother, since she was always looking after his brother Ayato. But when he became a teenager, his mother Cordelia shortened the gap between them and showered him with love. But things worsen when the Vampire King learns about Laito and his mother. Laito was sent to the dungeon, but after a few days, his mother followed to see him. Komori Yui

Shu Sakamaki is the Vampire King’s elder son and the first son of the Sakamaki household. Shu became the master of Sakamaki’s mansion. He and Reji are Beatrix’s sons, and Beatrix is the second wife of the Vampire King. Shu hates the responsibilities that he holds on his shoulder as the master of the mansion. However, one day Shu met with a boy from the human realm. He and Edgar get along well, and he learns about what connects the human world and demon world. 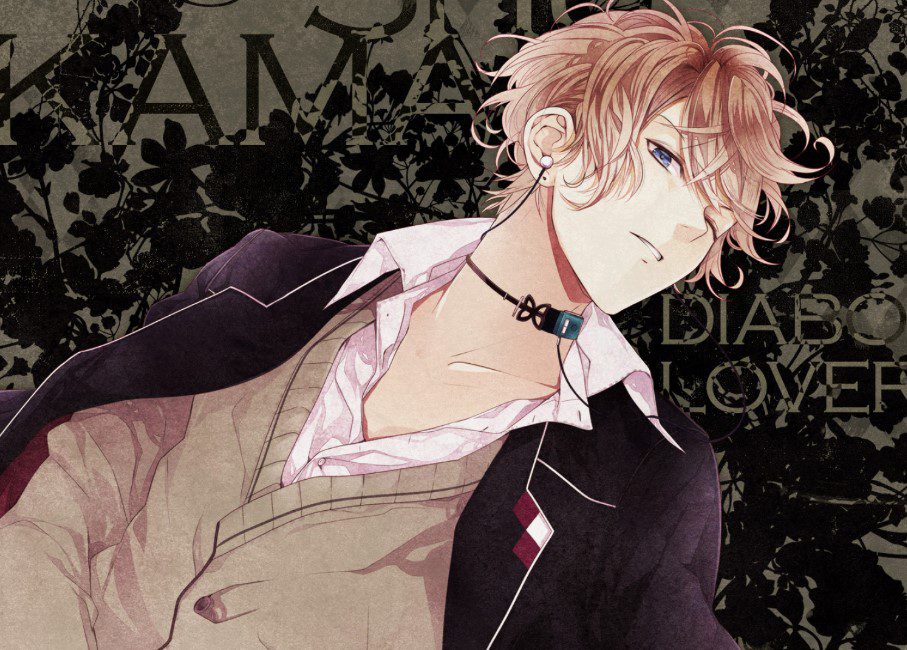 Kanato Sakamaki is the Vampire King’s fourth son in the Sakamaki household. Kanato is one of the triple vampires’ sons; Karlheinz, the Vampire King, and Cordelia are his parents. He was born as the middle child and grew up with his two brothers, Ayato and Laito. Kanato was given more freedom, but he didn’t get enough attention from his mother, Cordelia. Cordelia loved to call Kanato her “Little Songbird.” 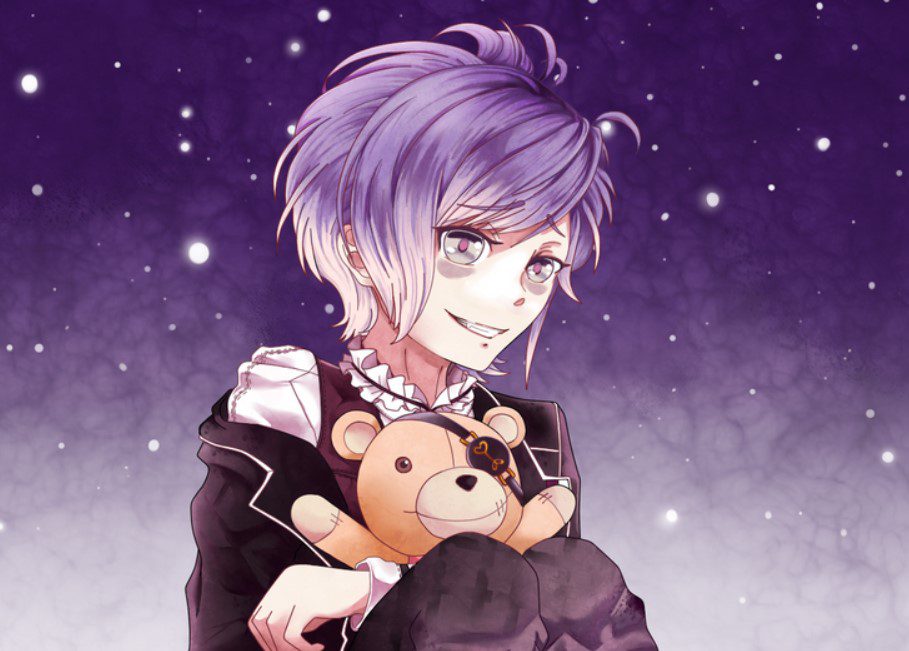 Reiji Sakamaki is the second elder son of Vampire King in the Sakamaki household. Reiji and Shu are Beatrix’s sons, and their father is the Vampire King. He is a tall, slender man who loves to wear sunglasses. Beatrix neglected Reiji and focused on Shu since she wanted to be the main wife. Reji always craves his mother’s attention and wishes that he was Shu, who hates his mother’s restrictions. But Reiji felt betrayed when his mother died. 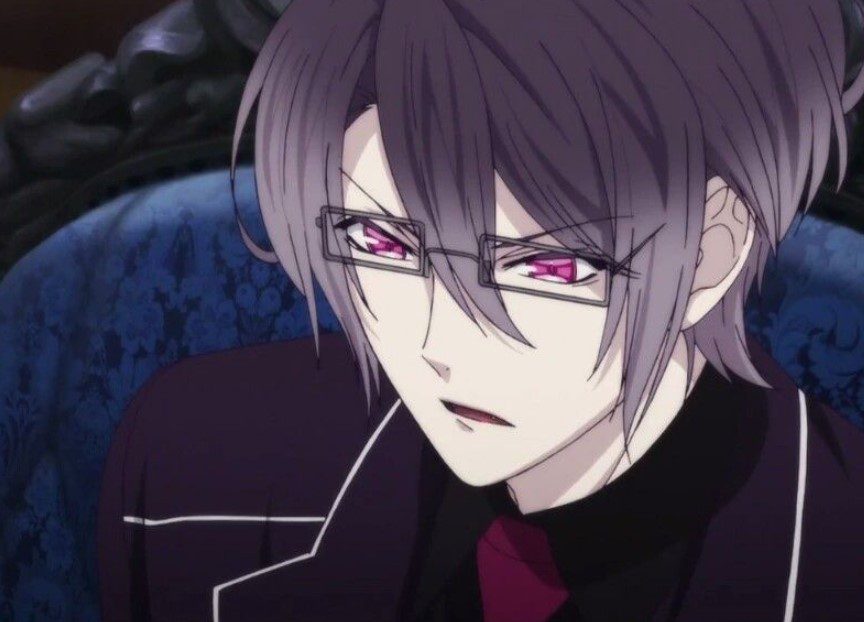 Subaru Sakamaki is the last son and the sixth vampire son of the Vampire King and the Sakamaki household. Subaru is Christa’s only son, and his mother is the third wife of the Vampire King. He looks like a loner-type guy who never cares what is happening in the house, making Ayato tease him. Subaru has a traumatic childhood that makes him angry, and he resorts to violence. He once gave Yui a knife since he wanted to kill her, but he told her that she should kill herself. Subaru has white hair and red eyes. 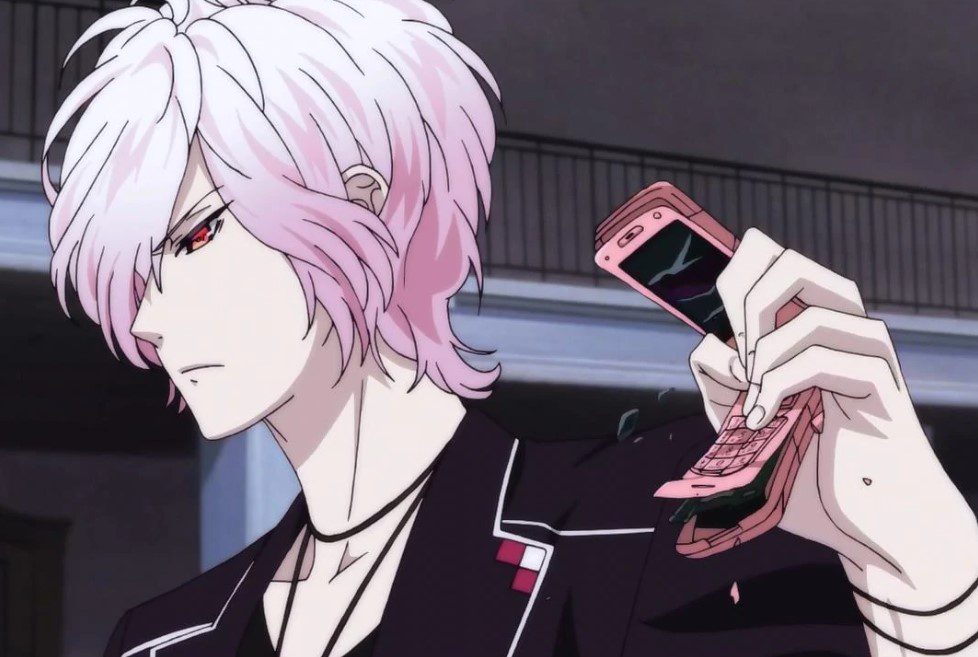 Azusa Mukami is the fourth son of the Mukami household. He has black hair and grey eyes. Azusa loves to get injured and always harms himself. He was a street child wandering in the streets, unaware of his birth. But as the series continues, Azusa lives among gypsies in the past. He nearly died due to hunger, and a gypsy family saved him. However, Azusa feels that his existence has no meaning in his life. 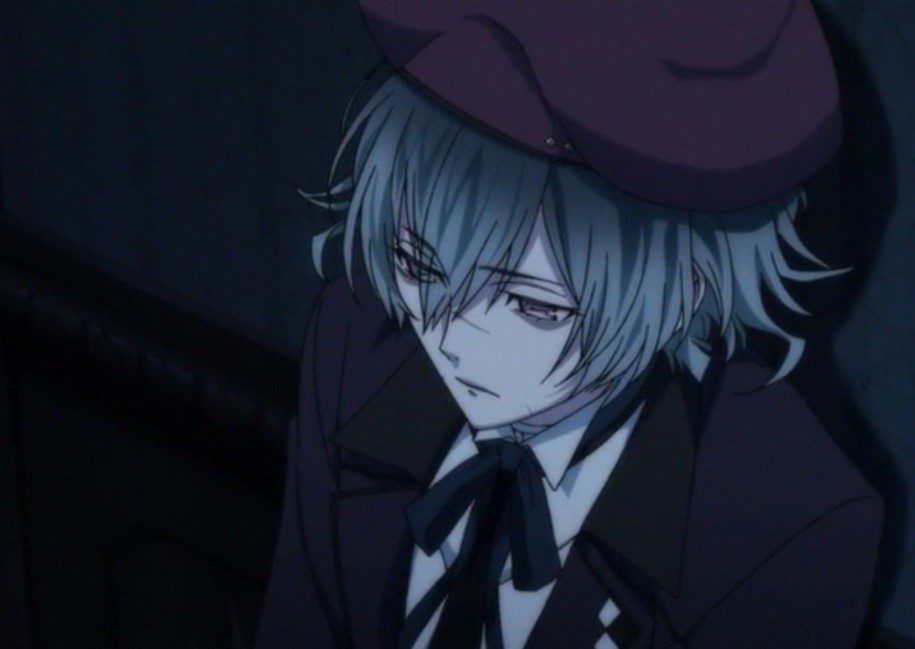 Carla Tsukinami is the Vampire Blood King and the elder brother of the founding vampire race. He is also the ancestor of all vampire kinds in the demon world; he is Krone and Giesbach’s first son. Carla is the remaining member of the bloodline founder, and he couldn’t get out for thousand years since he was trapped in the demon world. But the Lunar Eclipse weakened the barrier created by the current vampire king. 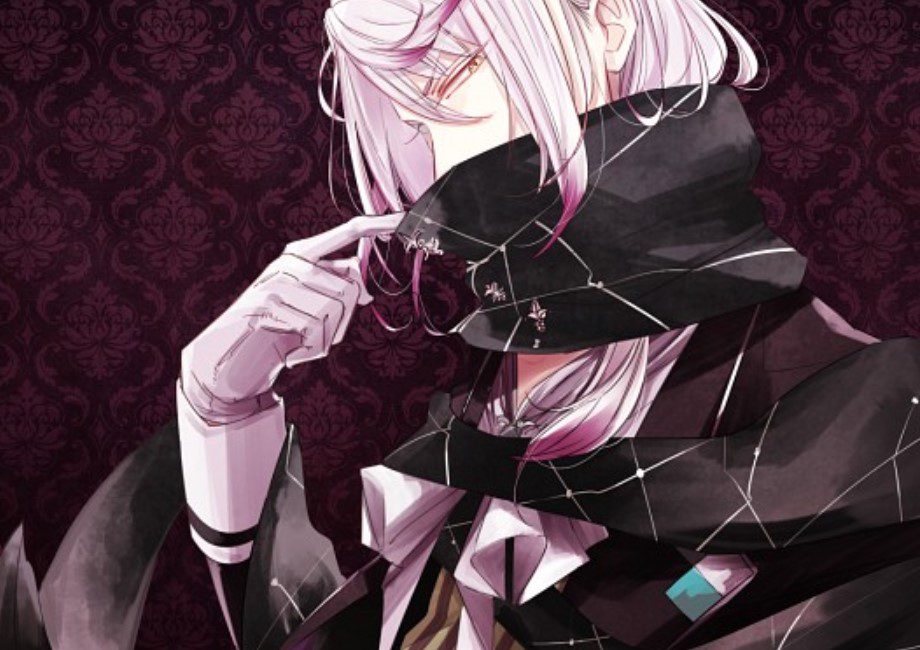 This helped Carla escape the demon world after thousands of years, and Shin helped him with his magic. Those were most of the characters of this anime, but we might have left a few of them since they don’t often appear in Diabolik Lovers series. This is one of the interesting and best vampire anime stories. We chose to talk about the most important characters that always appear in various arcs.

Also Read: Top 10 Cute Pokemon That You Will Completely Love