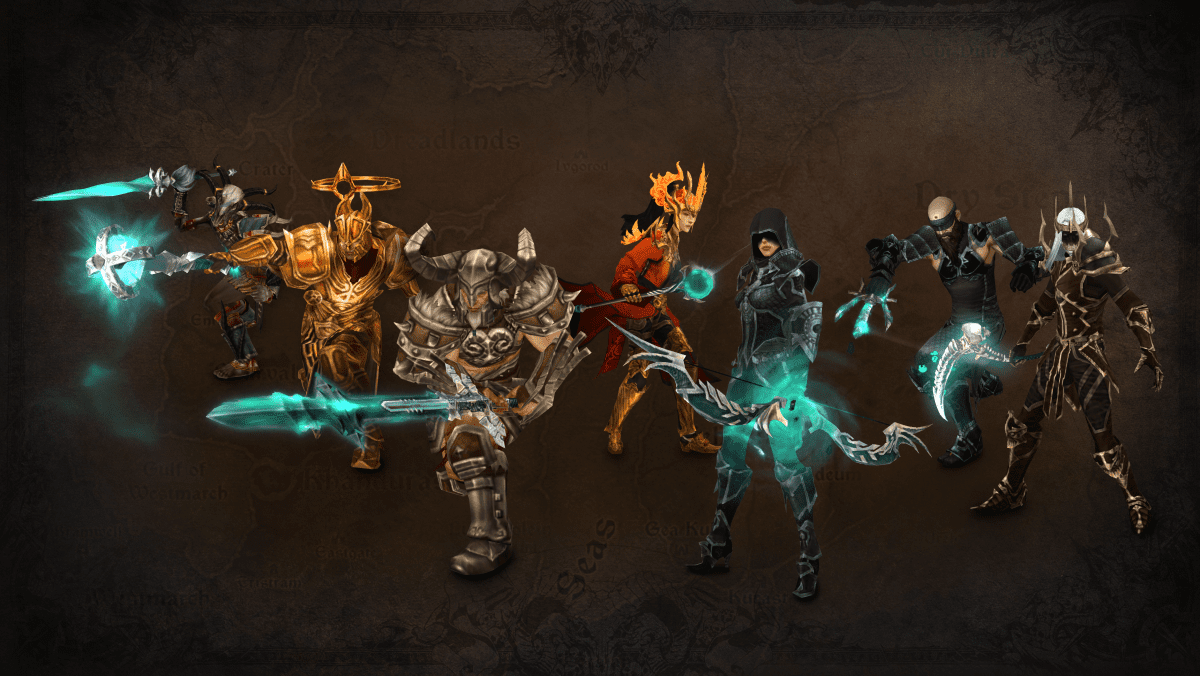 Diablo 3 is a role-playing game belonging to the action genre. Diablo 3 was developed by Blizzard Entertainment back in 2012 for OS X and Microsoft Windows, followed by PlayStation 3 and Xbox 360 in 2013. The game was released for Nintendo Switch in 2018, and in August 2014 for PlayStation 4 and Xbox One. The hack & slash game is the 3rd installment in Diablo and is based twenty years later on the previous installment (Diablo 2). In the game, the players – who can be Barbarian, Demon Hunter, Monk, Wizard, Witch Doctor, Necromancer, or Crusader – have to defeat Diablo, the Lord of Terror.

Diablo 3: Ultimate Evil Edition version was released in 2014, followed by The Rise of Necromancer in 2017, and Eternal Collection (which has both the things) in June 2017. The game is critically acclaimed and had in its time set a record by selling over 3.5m copies in the first 24 hours, to be the fastest-selling PC game. It had sold 30 million copies by 2015. Although Blizzard has announced for a Diablo: 4, it hasn’t forgotten about Diablo 3. Season 24 of Diablo 3 is coming sooner than you’d think!! 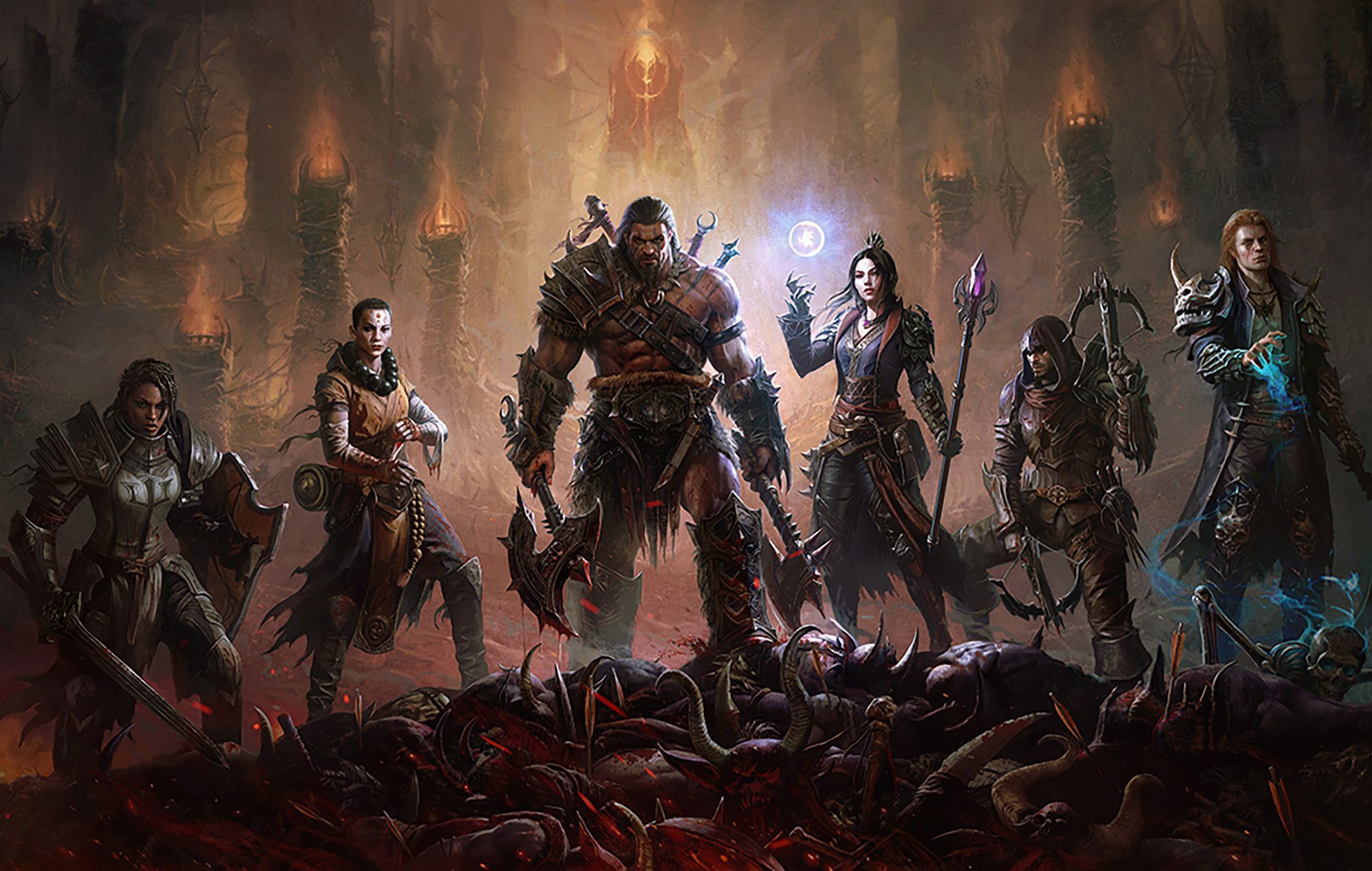 Also Read: F1 2020 Game: Release Date, Gameplay, Trailer And All That We Know

Diablo 3: Gameplay and Other Details

Diablo 3 takes place in the same dark fantasy world as all the other Diablo Series, known as Sanctuary. It begins 20 years after the events of Diablo 2. This time, Deckard Cain disappears after a mysterious star falls on the cathedral. And this happens when he and Leah are investigating a weird prophecy. The quality and attributes of the types of equipment to be used are random. This factor has remained unchanged. Now, higher-quality items don’t just have base stats, but also other properties like extra damage, bonuses to critical hit chance, or sockets, etc. When it comes to magical items, they have as many as 3 random properties, and if rare they can have as many as 6. And, legendary quality has up to 8 random properties. The higher level of the monster, the better and higher-level items they drop after being defeated.

Diablo 3 uses a custom 3D Game engine. Not only players but the enemies can also utilize the 3D environment. Multiplayer games are possible although, unlike previous installments, Diablo 3 requires an internet connection. Even if you are playing a single-player game. The quest system is improved, and there’s a random level and encounter generator to assure of no similar experiences. Now, gold can be picked up by just coming within its range, or by merely touching it. And, instead of waiting for potion bars, the player can just pick up health orbs from fallen enemies. Another new feature is the “Skill Runes.” These are not items but can enhance skills.  Some NPCs include Artisans, Followers, Auction Houses. Diablo III also introduced Player v Player (PvP) combat in its 1.0.7 patch back in 2013. 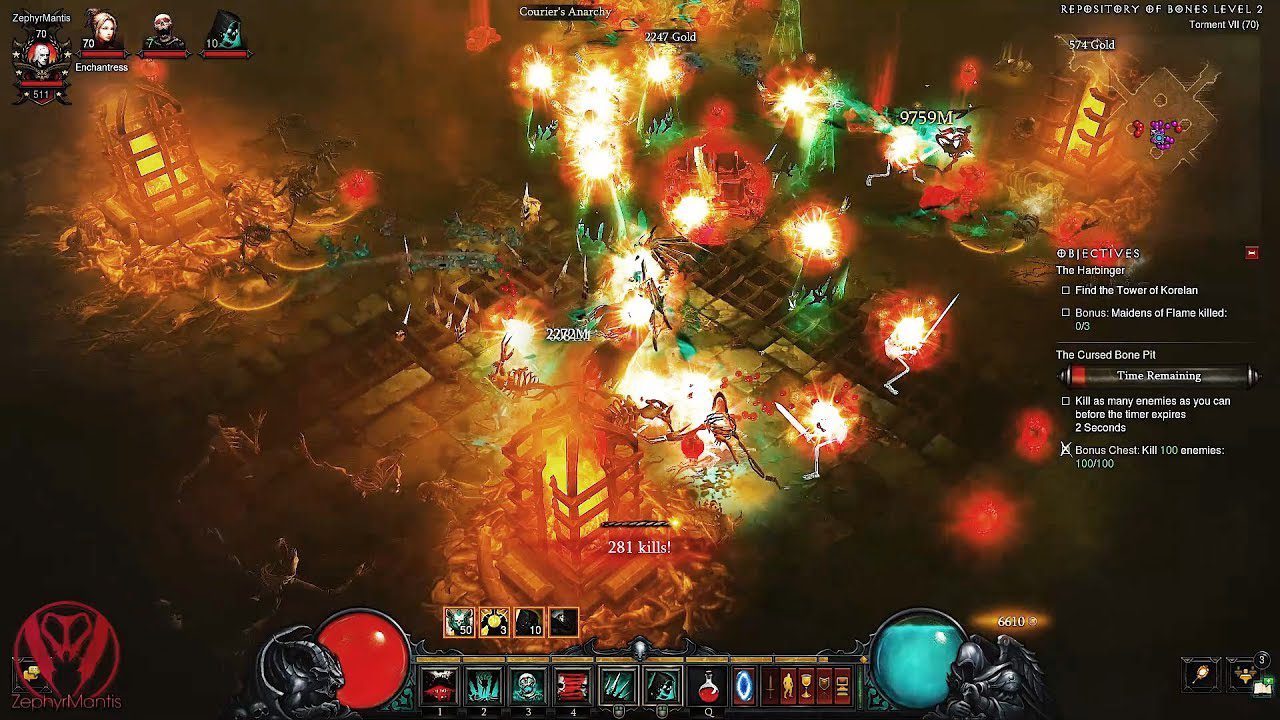 As in its previous installments, there’s a choice to play in the hardcore mode. Hardcore characters can never resurrect – they are permanently dead if killed. They are separately ranked and can only team together with others like them. The ghost of a hardcore character is still able to chat. If such a character obtains level 10 and then dies, he or she is attributed in the “Hall of Fallen Heroes.”

Also Read: What To Expect From RimWorld Ideology?

For longstanding RPG games, seasons are different to what they would be, say, to a Netflix Series. A season is a themed event, basically. They attribute to the variety of the game, by providing powers or changes that are temporary. It is sort of a smaller update when you look at it, but with a new item(s). Coming to Diablo 3, the last patch, Patch 2.7.1 PTR has come to an end. This signals the beginning of a new chapter – a new season. Hence comes Diablo 3, Season 24. It includes updates on balance and Ethereal Items among other things. 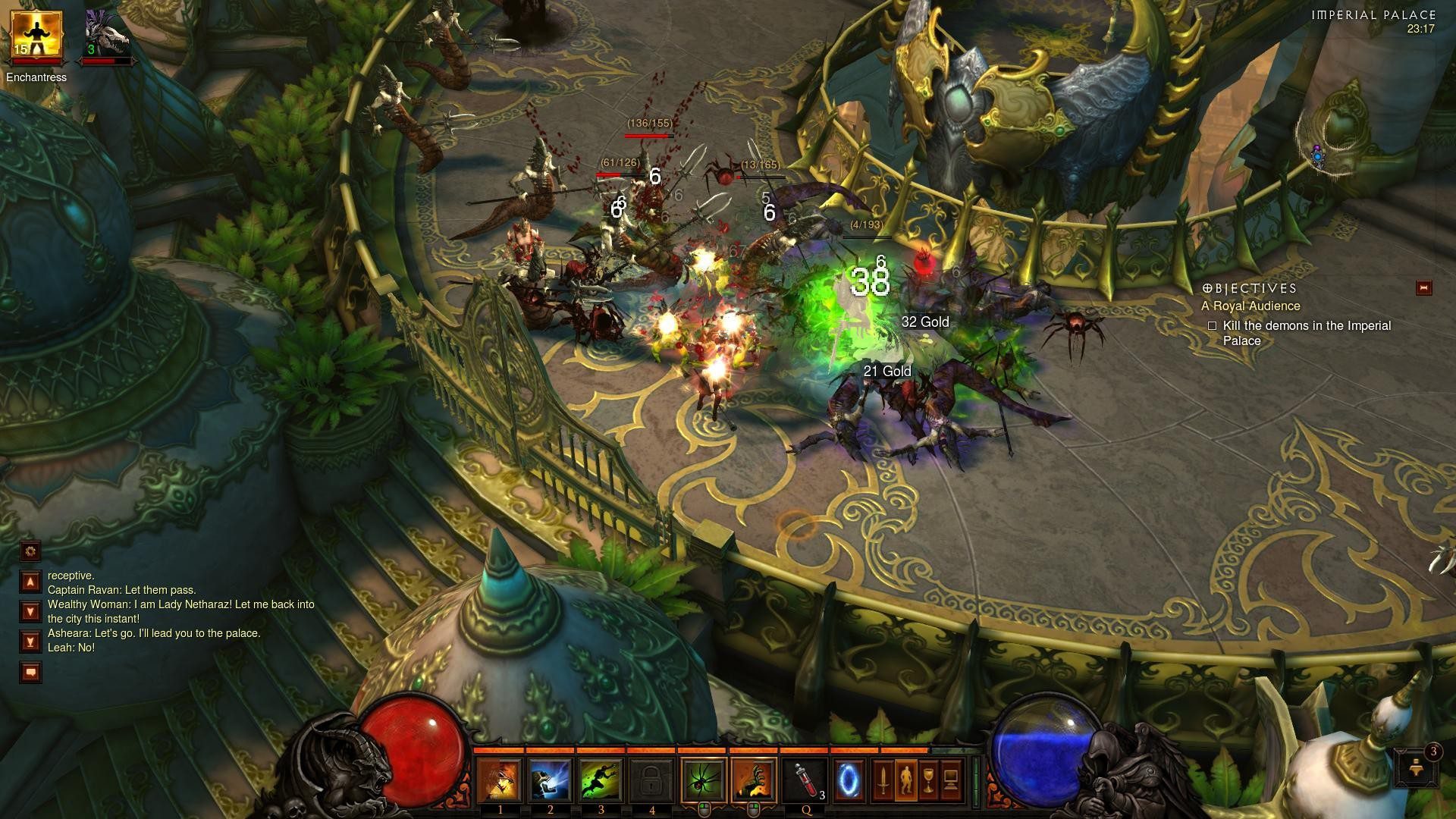 Diablo 3 Season 24 has already been live since yesterday (at least in India!) The official time of release is July 23rd, 5 pm, local time. So as long as the clock strikes 1700 hours wherever you live, the update will also be live. The end date for the season is tricky to find out since the time between the start and end dates is usually seventy to one hundred thirty days, or so.  But it has been estimated that this season will come to an end any time between October to early December.

Season 24 will include its own new rewards along with some older ones from Season 24. Some of the rewards include: Conquerer set chest and gloves, Terror Resurrected Portrait, Lesser Mummy pet, Fiacia Gear Wings, and High Heavens portrait. If you don’t have enough stash tabs (5) then you can get new ones by completing tasks at the Conqueror tier. Some of them include Reforge a Legendary or Set Item, Kill Greed or Kill Araneae under 30 seconds at Level 13, etc. Seasonal Conquests for Season 24 are Haedrig’s Gift. Classic weapons are back as well. For a complete guide you can watch this video:

In order to obtain three of the aforementioned gifts, a player has to complete chapters II, III, and IV of this season’s journey. The gifts will contain a piece for your Class Set – any one of them. Your gift depends entirely on the class you are playing. In order to get the full set, open them as the same character for each gift. For example, the gift for a Necromancer is Trag’Oul’s Avatar. 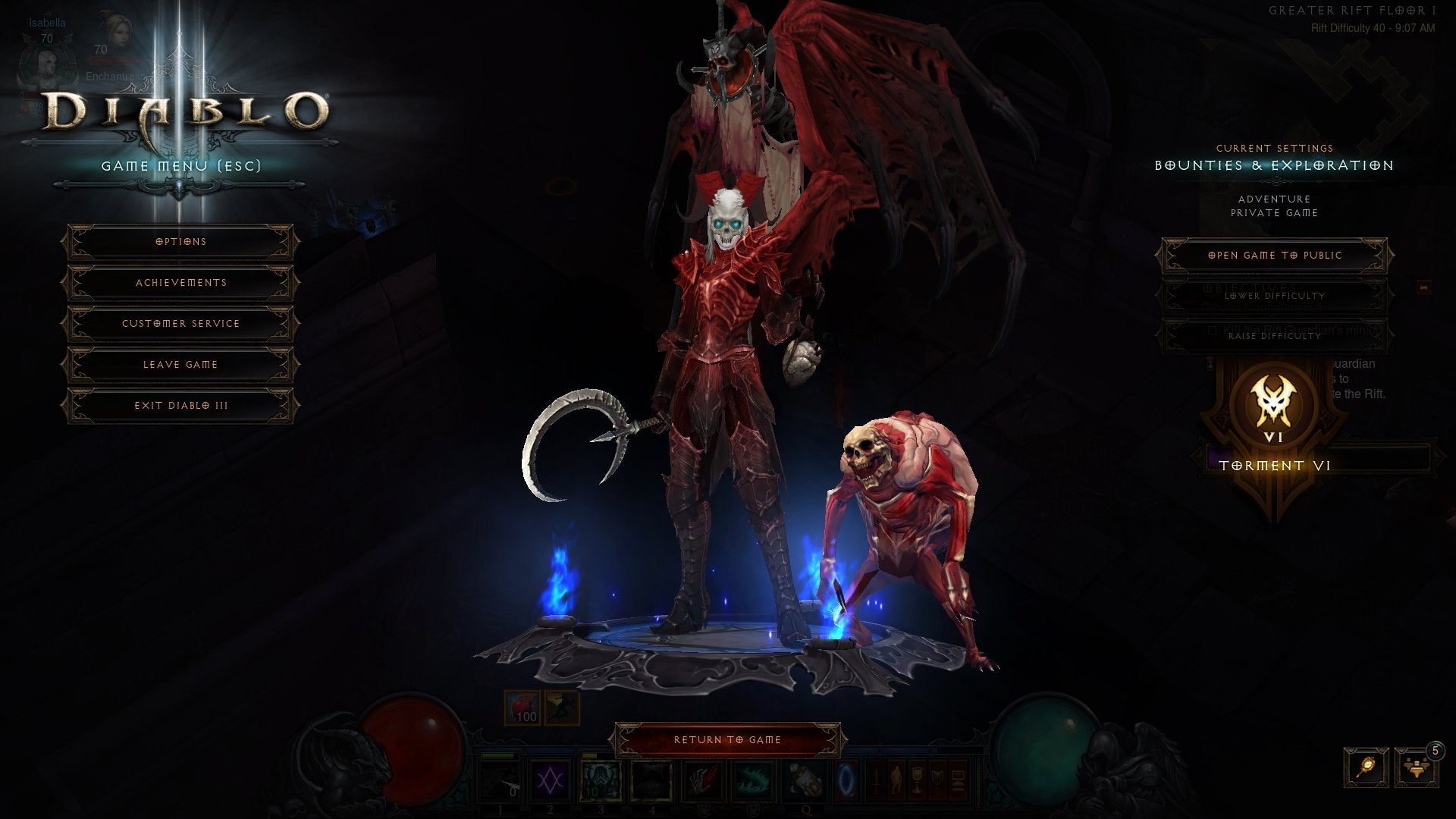 There have been big updates regarding Ethereals in this season. Ethereals are basically a sort of weapon-type. Some of them remind you of Diablo 2. Like, Ethereals can only be dropped by chests and monsters and destructible, your character doesn’t have to be more than 70 levels or up for the monsters/chests/ destructible to drop it, they can no longer be acquired from Kadala or Kanai’s cube. There are 3 distinct ethereal for each distinct class. And many more. In order to know everything, one has to play the game! So what are you waiting for? 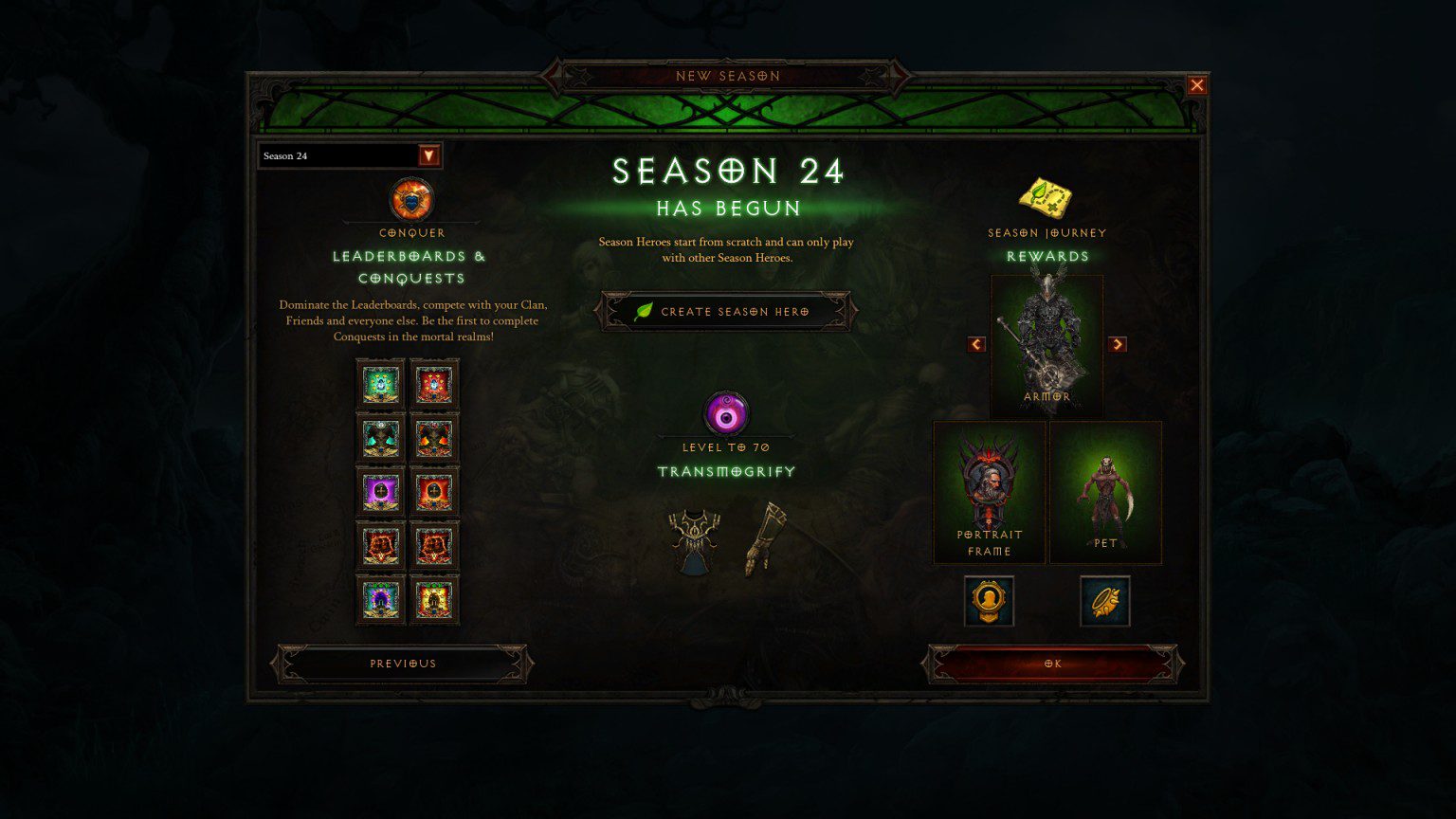 Also Read: Fortnite Chapter 2 Season 8: When Can We Expect It?