Dia Mirza made her film debut with Rehna Hai Tere Dil Mein, which was released in 2001. 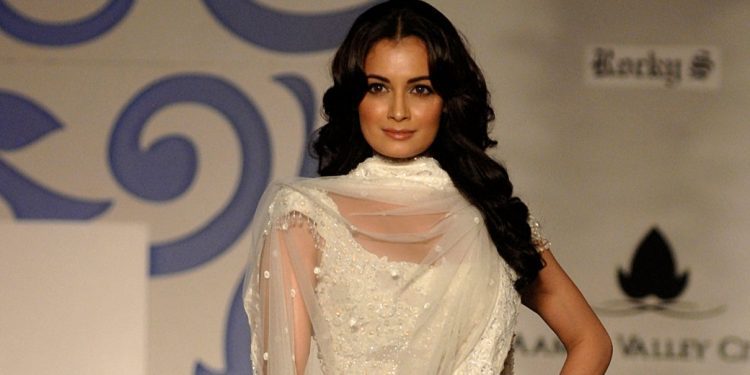 Recently, Dia Mirza was making the news related to her love life and pregnancy. Is Dia Mirza Pregnant? A Lot Many People want to know this. Well, Dia Mirza, born 9 December 1981, is an Indian model, Actress, producer, and queen who won the Miss Asia-Pacific title in 2000. Mirza works mainly in Bollywood and keeps in the highlight of media for her social works. She made her film debut with Rehna Hai Tere Dil Mein, which was released in 2001. Dia was born in India. Dia’s father, Frank Handrich, was a German graphic and industrial designer, architect, artist, and interior designer based in Munich. Her mother, Deepa, is a Bengali interior designer, landscaper and currently volunteers to help alcoholics and drug addicts.

When Dia was four and a half, her parents divorced. Her mother later married Ahmed Mirza, a Dakhini Muslim from Hyderabad, and she was given the surname of his stepfather. She lived in Khairtabad, Hyderabad, and first attended Vidyaranya High School, a mixed school. At the insistence of her father, she enrolled in Nasr School, a well-known girls school also located in Khairtabad. She thanked Nasr School for giving her the confidence to keep playing. She said it was the Nasr Drama Society, the school club, that encouraged her. After graduation, she studied at Stanley Junior College and received a bachelor of arts degree from Ambedkar Open University, Hyderabad.

On 14 July 2021, Dia Mirza revealed the birth of her son Avyaan Azaad Rekhi. The Actress revealed that the baby was born prematurely via an emergency cesarean section. With grace, calm, and dignity, actress Dia Mirza manages to overcome the countless curves that life throws at her. On that day, she announced the news about her premature son Avyaan Azaad Rekhi. She revealed that he was born on 14 May and was in the neonatal intensive care unit for some days.

It was definitely not an easy time for her as she underwent an appendectomy during pregnancy, which resulted in a severe bacterial infection. “Sudden appendectomy during my pregnancy and a very severe bacterial infection can lead to sepsis and be life-threatening too. Fortunately, timely care and intervention from our doctors ensured the safe delivery of our baby via an emergency C-section,” Dia wrote.

This was not the first time Dia Mirza has shown such calm dignity in a turbulent phase. In April 2014, Dia got engaged to her longtime business partner Sahil Sangha, and they got married on 18 October 2014 at their farm in Chattarpur on the outskirts of Delhi. In 2019 the Indian Actress announced her separation from Sahil Sangha after dating for 11 years. The two made a joint statement that they would continue to be friends and respect each other. She wrote that After 11 years of sharing their lives, they had made the decision to separate. The ex-couple will remain friends and will continue to be there for each other in love and respect.

Even though their journey may have taken them in different ways, they are forever grateful for the relationship they have shared. However, she explained that they would not comment on it again. In February 2021, Dia married Vaibhav Rekhi after dating him for more than a year. The ceremony was intimate and led by a female priest. She shared the photo on her social media and thanked her, saying, “Thank you, Sheela Atta, for holding our wedding ceremony.” The ceremony was also environmentally friendly, and plastics weren’t in use.

How did Dia Mirza Stand on trolls?

However, social media comes with the baggage of unwanted trolls. While other celebrities seek revenge, Dia Mirza still holds a dignified position. When she discovered a lot of poison after her pregnancy announcement in April, she had an answer. When asked why she didn’t, she broke the silence across and broke stereotypes; like a priest celebrating her wedding, she replied that they weren’t getting married because they had a baby together.

She said that they didn’t get married because they had a baby together. The couple got married because they wanted to spend their lives together. When they planned their wedding, they found out that they were going to have a baby. So this marriage wasn’t the result of pregnancy. She was to announce the pregnancy until she knew it was safe (for medical reasons). This was the happiest news of her life. She had been waiting years for this to happen. She will never hide for reasons other than medical.” Dia Mirza may be polite and dignified, but she always got the point.