Dexter Lumis And Indi Hartwell: Are They Together? 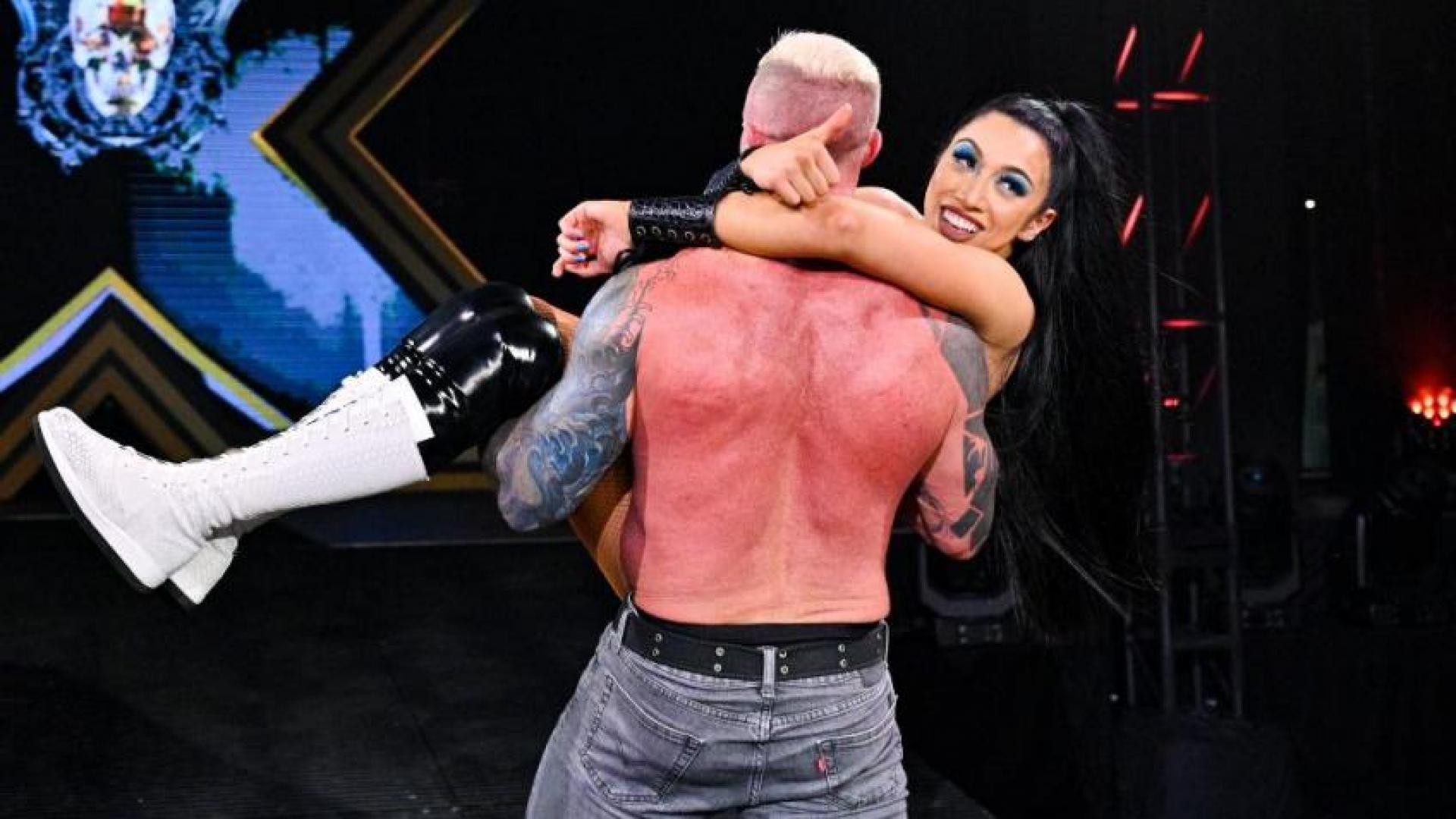 Another beautiful day with sunshine and happiness in nature. Otakukart’s here, to even make your day bright and jovial with today’s article. Are you a WWE fan? Even not, then real love drama truly might engage you. The following article is filled with thrill and drama. Awesome vibes surround the WWE platform NXT, with fans going crazy. The love couple, Dexter and Indi Hartwell love story are on WWE fans tongue, these days. The soft-hearted ruthless fighting platform is getting soft-hearted these days. Love is in the air, all credit goes to Dexter and Indi.

What made NXT turn into a cute rabbit from a beasty dragon? The budding Romance between Dexter Lum and Indi Hartwell is catching up with great ay fans. Not just attention, these people spreading up fire on the show. The viewer is going crazy to know what is cooking up in NXT. Well, not to worry, this Otakukart’s article will serve you the delicacy. Just keeping following up with the article to know what’s going on between Dexter Lumis and Indi HartWell.

Who is Dexter Lumis?

Dexter Lumis is the in-ring name of Samuel Shaw. He s an American professional wrestler, born on Jan 17, 1984. Dexter Lumis  (Samuel)  performs under the WWE label NXT. He was born and raised in Jacksonville, Florida, United States. Dexter has a well-maintained physique, being a wrestler. He is 6 ft 3 in, weighing 240 lb (109 kg).

He was trained by the legendary tag team in WWE, The Dudley Boyz. While his first mentor was Curtis Hughes. He started his wrestling career in 2007, being a trainee at WWA4 Wrestling School. Moreover, he has been a renowned wrestler of TNA impact.  In addition, during his initial wrestling years, Dexter back and forth as an individual Circuit and Agency wrestler.

Who is Indi Hartwell?

Indi Hartwell is the in-ring name of Samantha De Martin. She was born on Aug 17, 1996, in Melbourne, Victoria, Australia. Indi, too is a professional wrestler signed to WWE under NXT. She is also a fa former NXT women’s Tag Team Champion. Dexter, too is fitness physique weighing 139lb (63kg) and is 5 ft 10 in tall. She had of hof er debut in 2019 at NXT. Indi is Italian and Chilean descents. Samantha is training for wrestling at the age of 19. Samantha De Martin (Indi Hartwell) made her debut in her own country Australia on Mar 16, 2016. Moreover, she was a trained at PCW, Melbourne, Australia.

Are they engaged? Budding Romance of Dexter and Indi

Interestingly, a lot has been happening on WWE, NXT. So, the story of our lovebirds goes like this. ‘The Way’ is a family-like group in WWE NXT, comprising Austin Theory, Indi Hartwell, LeRae, Johnny Gargano. Indi fell in love with Dexter Lumis, being on the show. Gradually their love called, and they wished to be married. But, the so-called family of Indi Hartwell on NXT disapproved of their marriage. Now, a challenge came forward for the conclusion to end up their argument. The challenge involved a fight between Dexter Lumis and Indi Hartwell. Whoever wins gets his wish.

Moreover, Indi wasn’t happy with whatever happening and was confused. She has to choose between her love and her family, ‘The Ways’. The match between Dexter and Gargano concluded with Dexter’s defeat with cheap trick by Gargano. Fans dreams of ‘InDex’ shattered, and everything about love just fade away. But, this wasn’t the end of their love story, Indi couldn’t control her emotion and left everything for his love, Dexter Lumis. She rushed to the ring and kissed Dexter for a million seconds. Consequently, Gargano has to forfeit before Indi’s wish to marry Dexter. And on Sept 14, 2021, WWE Universe witnessed a sweat love marri, a the age of Indi Hartwell and Dexter Lumis. Thus, finally, ‘InDex’ turned out to be real, and now they are happily married.

Also Read: Bray Wyatt Net Worth: How Much Has The WWE Superstar Earned?

Stephen A Smith Net Worth: Career Highlights and Quotes