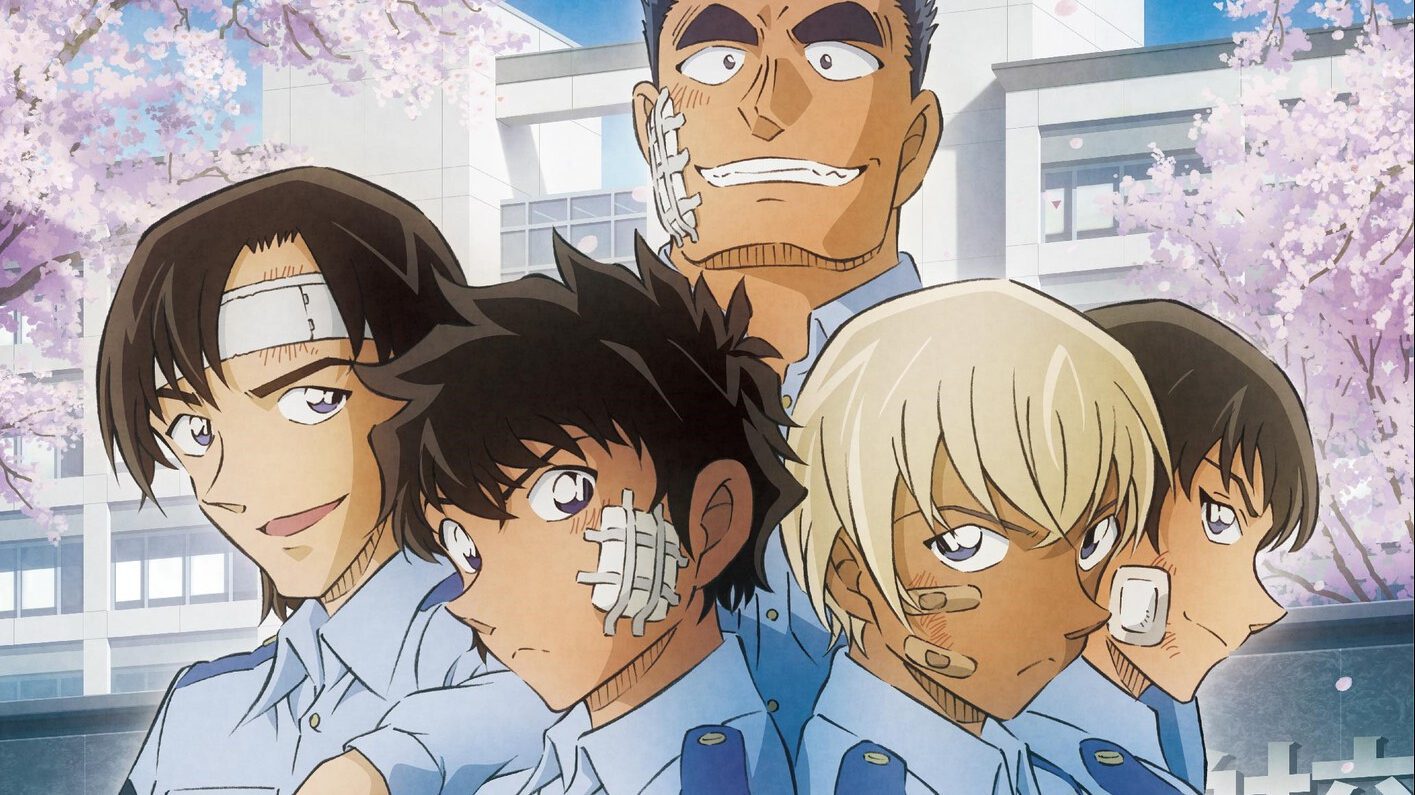 Detective Conan Police Academy Arc-Wild Police Story has announced the release of its episode 2. The series is a spin-off of the original Detective Conan or Case Closed series. It was announced recently, and due to having all the popularity, it’s getting the fans crazy. It was further clarified by Sugoi LITE on its official Twitter account. The spin-off of Detective Conan that centers on the undercover agent Rei Furuya is getting an anime adaption. Police Academy arc is based on the time before Rei crossed his paths with Conan and was still learning and improving his detective skills. It is more like a prequel to Rei’s years at the police academy. It has already released episode one and has given viewers a major reason to stay hyped.

Detective Conan, also known as Case Closed, is a Japanese thriller, detective manga series by Gosho Aoyama. The manga was published by Shogakukan and serialized in Shonen Sunday Comics. It was released on 19th January 1994 and is still ongoing with all the sequels and spin-offs. The manga has been collected into 100 volumes, and more or less, all these volumes got an anime adaption. An anime of the manga was produced by TMS Entertainment, and different directors directed the different seasons of the series. It dropped out on the local network NNS (ytv) on 8th January 1996 and is still running, adding up to the 1037 episodes. Since episode 1 of Detective Conan Police Academy Arc – Wild Police Story has hit the channel; it’s time to see when we are going to have episode 2.

Also Read: 10 Anime Like Kingdom That You Should Watch

Detective Conan Police Academy Arc-Wild Police Story was initially introduced as a spin-off manga of Gosho Aoyama’s Detective Conan. To be precise, it’s the prequel to Case Closed manga that was released in 1994. It can be called the most recent manga series from the Case Closed franchise as it was released on 2nd October 2019 and ended on 18th November 2020 with two volumes. The anime adaption was announced in July 2021, and it was finally released on 4th December 2021. As usual, the series was produced by TMS Entertainment Studio and is aired on the local channels NTV and ytv. Episode 1 gave out a great opening and left a whole mass of fans impatient in the wait of episode 2. 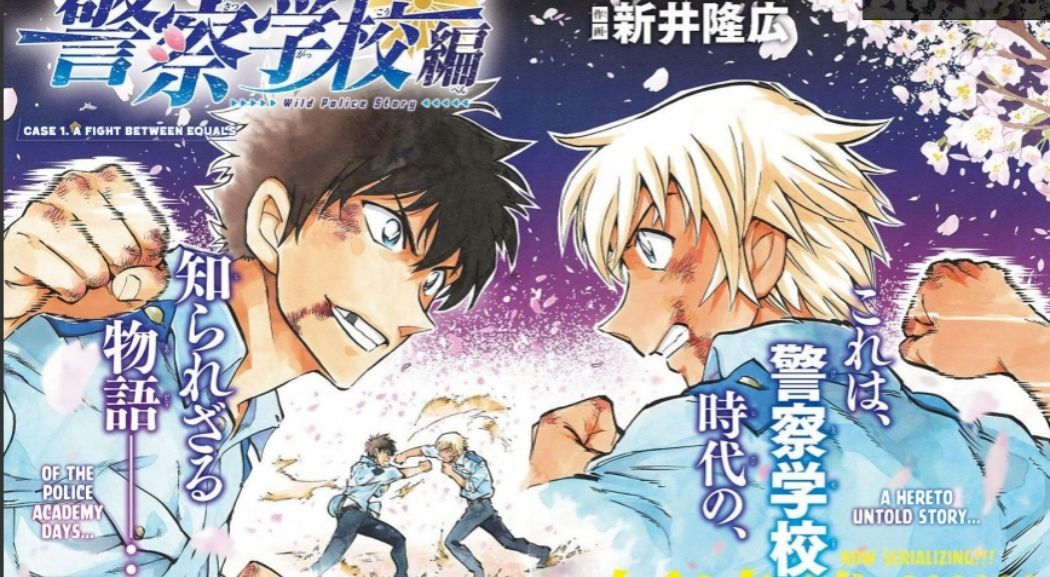 Episode 1 dropped out on the release date of the series and was titled “Police Academy Arc Wild Police Story CASE”. The episode was directed by Nobuharu Kamanaka and started inside the police academy. It was the nighttime, and the sounds of Rei Furuya and Jinpei Matsuda’s punches were echoing in the police academy. They both were fighting with no break as Furuya didn’t like Jinpei as he really aspired to become a police officer. The episode progressed as Hiromitsu Morofushi woke up anxiously at 2 am due to a nightmare, and to his surprise, he heard a knock at the door. Upon opening, he saw Rei Furuya standing there covered in wounds. Hiromitsu watched him with a poker face and asked, “Do you think that you can ever get along with this person?” referring to the person as Junpei.

The next day in the morning assembly, next to the wounded Rei Furuya and Junpei Matsuda, stands their classmates. Morofushi, Kenji Hagiwara, and Wataru Date, along with the instructor Onizuka Hatsuzo standing in front. The instructor asked Rei the reason for his wounds, but Date covered for him by presenting a tactful lie. Further, when asked about the duties of a police, Matsuda, who doesn’t like the profession of a police officer, answered everything smartly. This made Rei doubtful of Matsuda as he began to investigate his past. 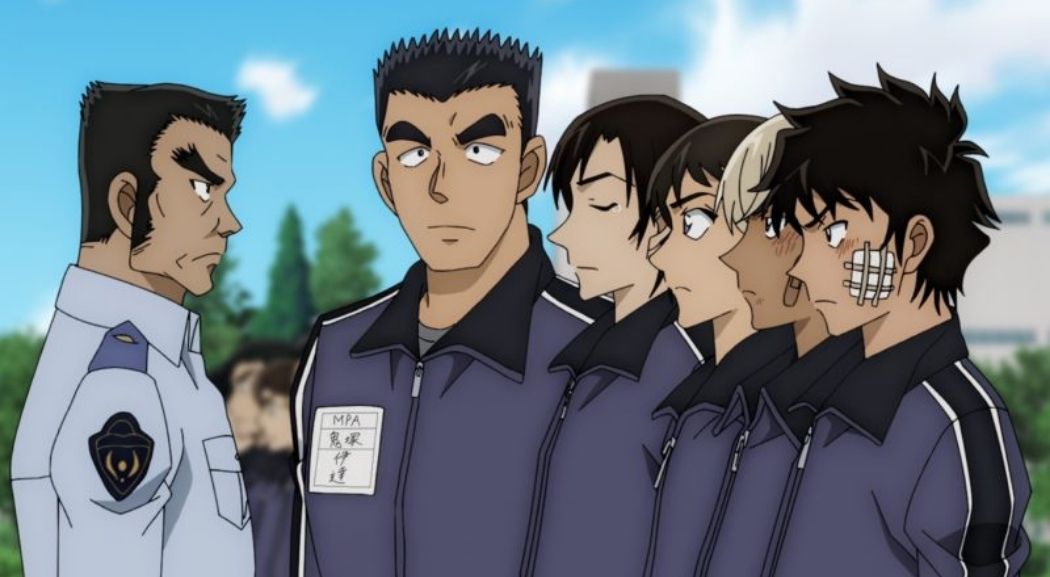 Detective Conan Police Academy Arc – Wild Police Story Episode 2 is set to drop out on 12th March 2022. It is going to be titled “Police Academy Arc Case. Date Wataru”. The title says it all, and we might get a deeper look into the character Date Wataru. The first episode of this spin-off arc does not contain a lot of content, but it just gave us an introduction to the characters and their natures. By the end of the previous episode, we figured out how Rei Furuya and Junpei Matsuda hate each other and stay at each other’s throats. Junpei doesn’t like the profession of a police officer but is still admitted into the police academy, which makes him a questionable character. However, we are still left to cover a long way until we finally get into the major plot progression.

Since the release of the very first season of Detective Conan, it has remained extremely popular and is available on almost every streaming episode. But Crunchyroll has got the official rights to avail this series to its subscribers. So, if you are one, then you can stream the whole series there.

Also Read: Original Anime Shinobi no Ittoki Announced: Here’s What it is About