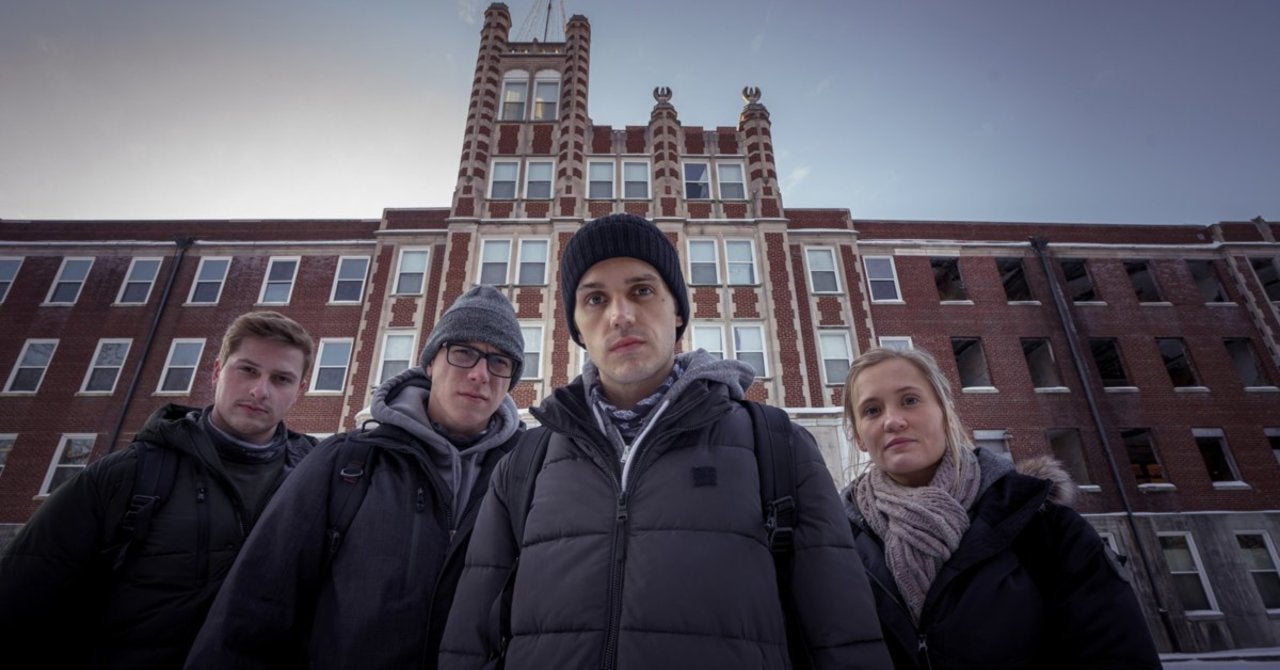 Destination Fear Season 3 Episode 5 is Chelsea’s turn to take the shot. For the third season so far, Dakota and his team have introduced some really over-the-top experiments.  Only Dakota, Alex, and Tanner might have adjusted well to the tasks. It was Chelsea who found herself on the wrong side mostly. Recently on the show, the tasks went to limits. Dakota and Chelsea had teamed up to explore one of the scariest locations for women at the Ohio State Reformatory. So while Chelsea was already scared, things went bad when it really felt like ghosts communicated but in violent ways.

Mainly Chelsea was angry with the antics of Dakota. He tried to provoke the violent ghosts against Chelsea and had asked them to attack her. Something that didn’t fit well with her. The response from Ovulus further came in words such as assault and beat, which scared the heck out of her. Furthermore, the experiments also saw her getting locked up at the same place. Only she can imagine what she went through, but the same will the other crew members experience when Chelsea locks them in her choice of a haunted location in Destination Fear Season 3 Episode 5

Previously on Destination Fear Season 3, Tanner was the next to pick up the location team will be visiting. For the time being now, the cast is taking their turns seriously to bring havoc to their experiences. Dakota took his big shot when he took the members to Missouri State Penitentiary. It was time for Tanner to take the shot, but he went through different rules this time. Usually, when it’s not Daktoa’s turn, everyone targets him. But now, it seemed like Tanner wanted to scare everyone. The location he picked was Ohio State Reformatory. 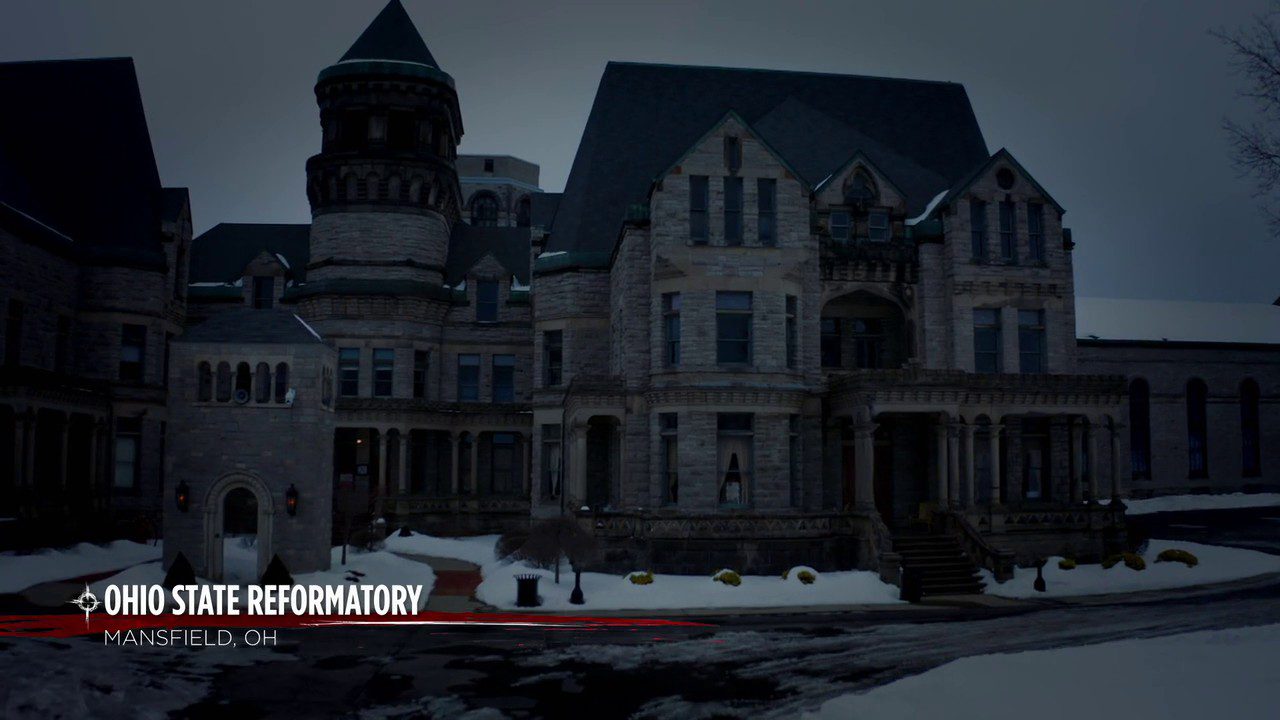 So, where can Tanner even begin? He started explaining the hundreds of deaths that took place here. A place where the inmates were so violent, it took the guards to bring cruel ways in order to put them in control. When they opted these ways, they paid off by inmates killing the guards too. The death of James Lockhart, who set himself on fire because he was sick of living here, haunts the cells. The deaths of Helen Glattke and Clarke Glattke still haunts the administration room of the place. Cell gates often close on their own. Pushing, hair pulling, and scratching out of nowhere are experienced.

Tanner leads the teams by dividing them for the first half of the night. While Tanner and Alex try to record in Administration, Chelsea and Dakota explore West Cell Block before switching to Solitary Confinement. The last one is subject to many women experiencing groping. Furthermore, when Chelsea walks through there, the Ovulus captures such voices of assault and beat when Dakota tries to provoke the spirits. Tanner, on the other hand, captured what seemed like a conversation between two people in Administration before it was cut off. 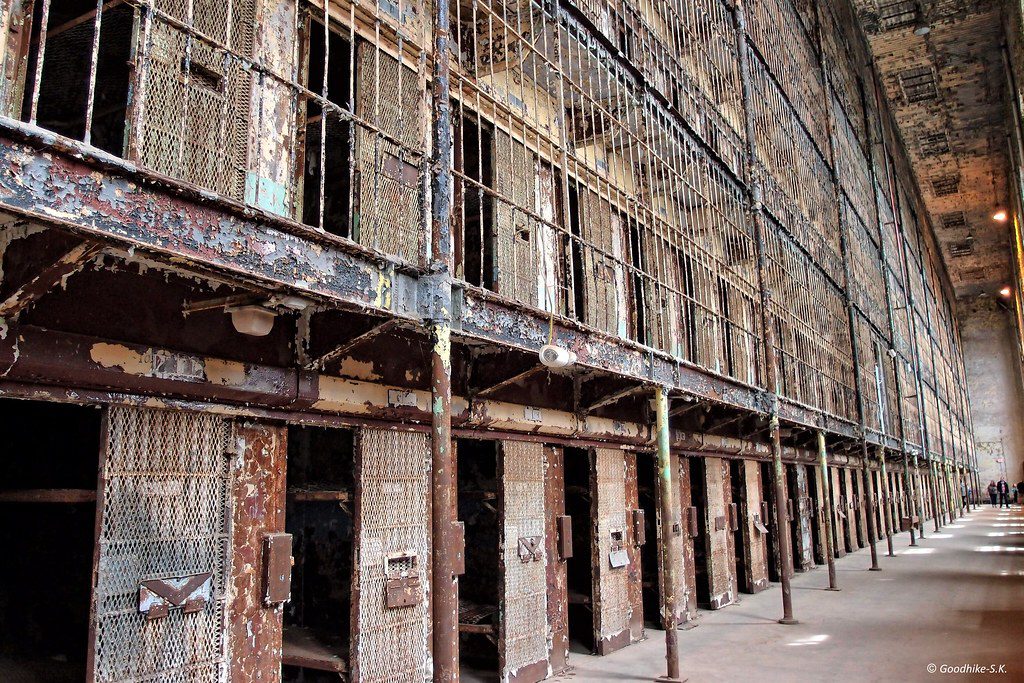 Then Inside Of Ohio State Reformatory

Towards the ending, the sleepover had a challenge itself introduced by Tanner. Two of the members will sleep handcuffed all alone in one of the rooms. While Tanner and Dakota found themselves safe, Alex found himself handcuffed in East Cell Block and Chelsea in one place she hates. The solitary confinement where she will be cuffed by her foot. Throughout the night, the crew often woke to the sound of footsteps and changing temperatures which they will remember and take notes before going to the next location.

Destination Fear Season 3 Episode 5 is titled” Greene County Almshouse”. The official synopsis of the episode says it’s Chelsea’s time to take revenge. Both Dakota and Tanner had their fair share of revenge. Some have worked great for some, while some didn’t. For Chelsea, though, none of the experiments have worked great. Plus, Dakota crossed limits when he tried to provoke a spirit on Chelsea during the last episode. So Chelsea has chosen Greene County Almshouse as the perfect revenge location. The dark forces and feelings are underwhelming, and the team may have to take desperate moves to control sanity.

Get to know more about the season from the interview of the cast of Destination Fear On The Jason Show below.