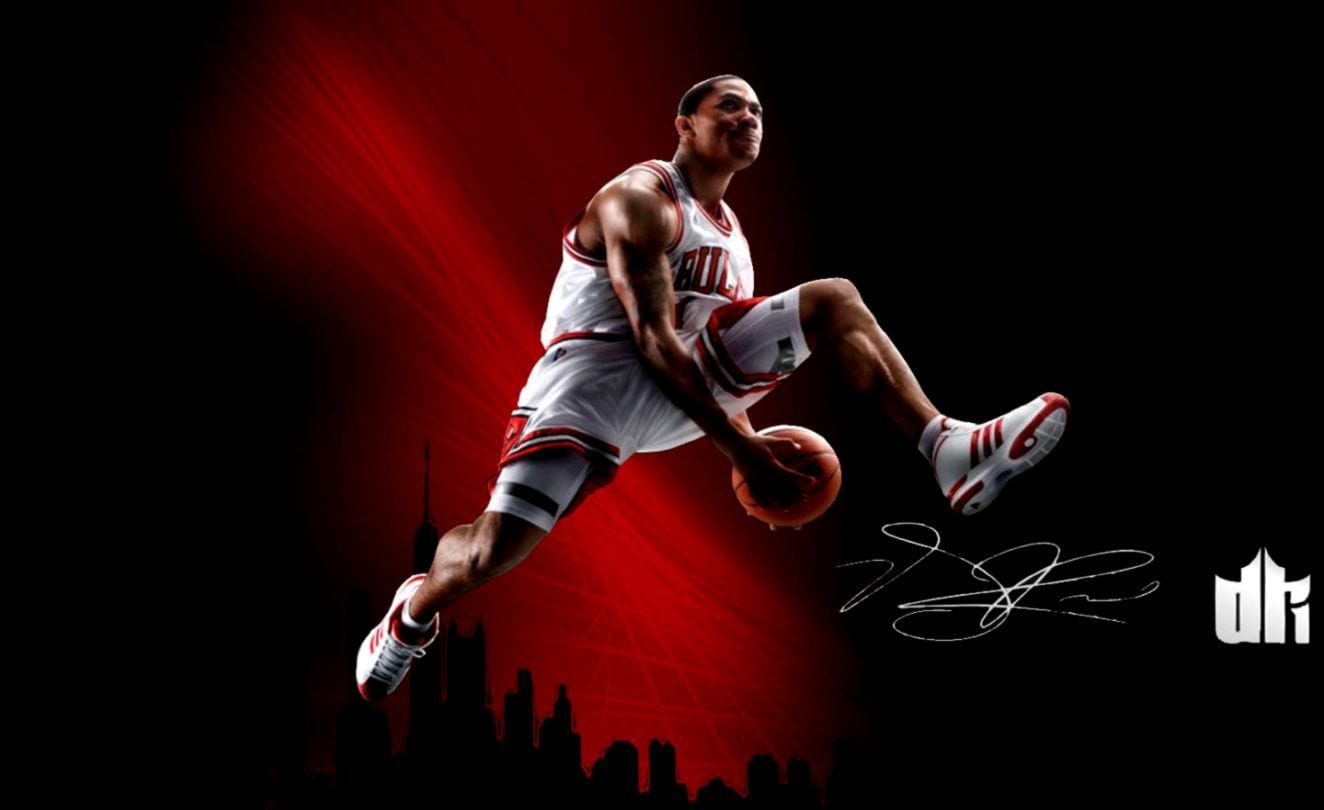 Derrick Rose is a remarkable and respected basketball player and is globally recognized for his achievements. He played for the New York Knicks of the National Basketball Association (NBA) and won the title of being the youngest player to win the NBA Most Valuable Player Award in 2011 when he was only 22 years.

He also received the NBA Rookie of the Year, and after his high school years, he was already a known name and got enlisted by many colleges, and finally joining the University of Memphis mentored by John Calipari who is a famous American basketball coach and was awarded the title of Naismith College Coach of the Year thrice. 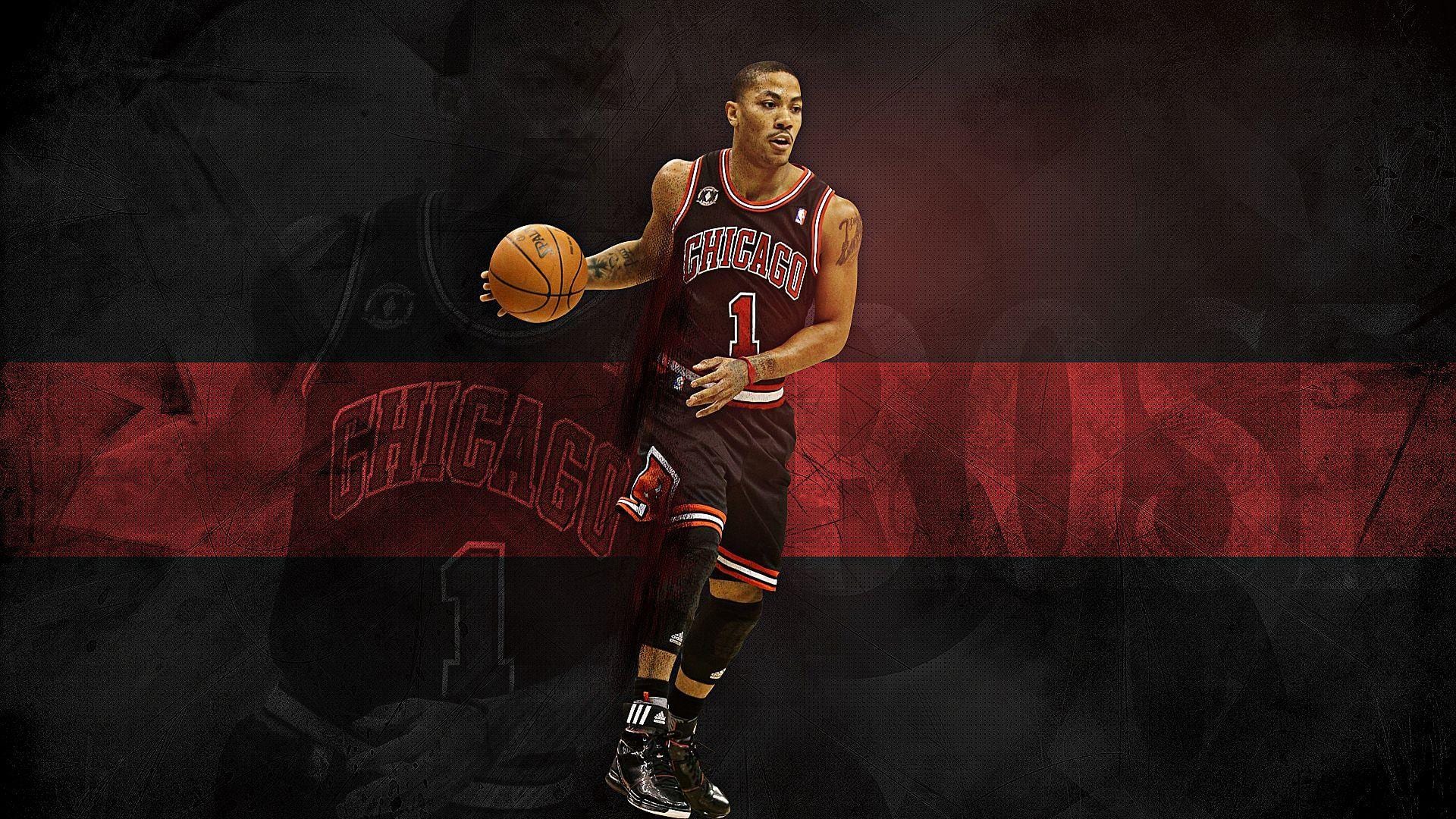 Derrick Rose, the NBA Rookie of the Year

The 32-Year Old Basketball Player And Overview Of His Career 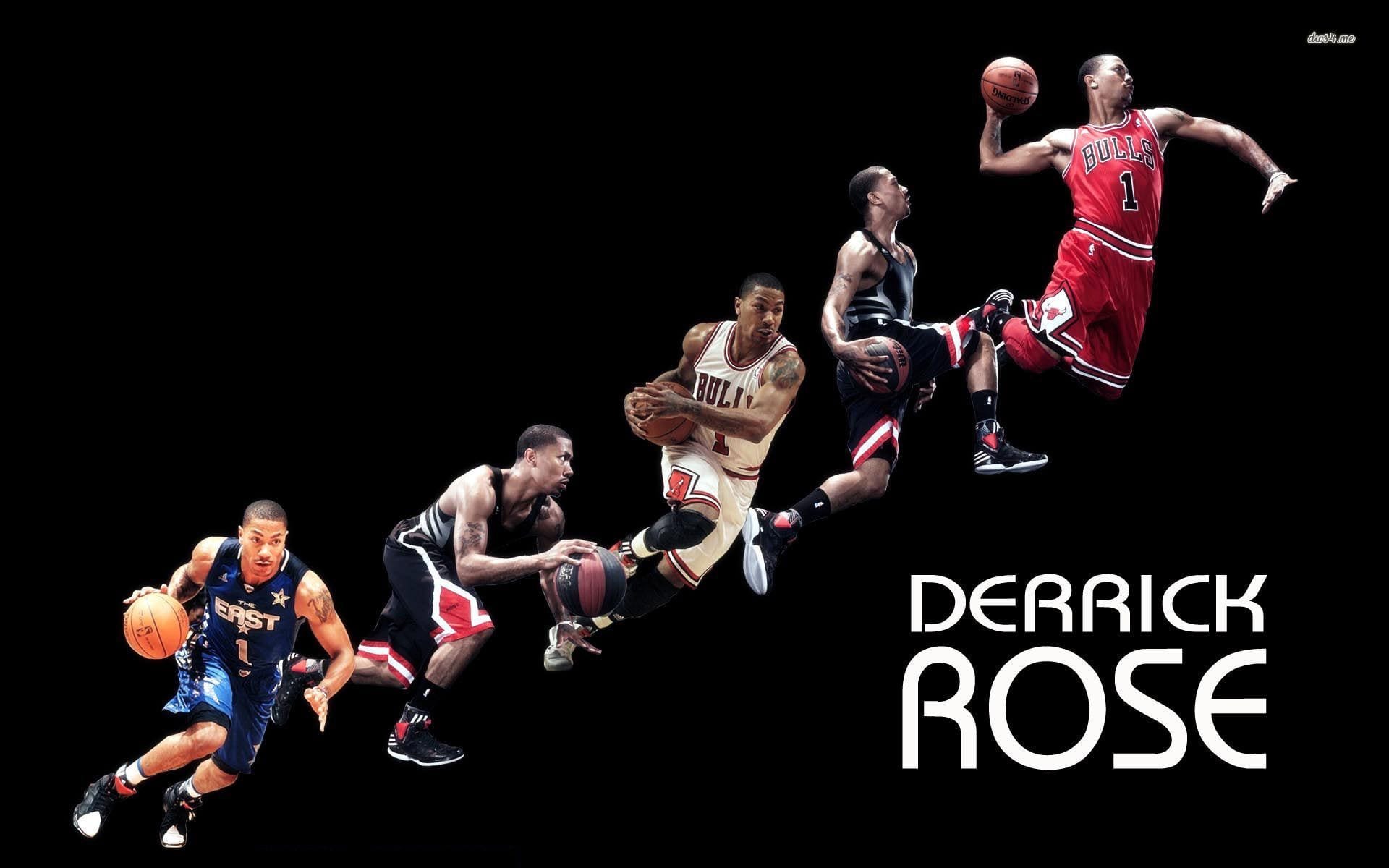 Derrick Rose was born on October 4, 1988, and was raised in one of the most dangerous neighborhoods on Chicago’s South Side, Illinois. Derrick learned basketball from his three elder brothers, Dwayne, Reggie, and Allan who are also brilliant basketball players. Derrick was a dedicated learner and worked hard, as time went he started growing interest in basketball teams that falls in the outside area of Chicago, which eventually resulted in a lack of connection among his other family members. His mother always worried about him because of the incident that happened to former Chicago prospect Ronnie Fields, who got exploited by the street agents.

He attended his high school at Simeon Career Academy and was recruited as freshmen and JV basketball for the Wolverines. Despite he was not being allowed on varsity due to few issues, nothing stopped him to reach his dreams. He made unbelievable scores and served his best at every match. He scored 19.8 points, 5.1 rebounds, 8.3 assists, and 2.4 steals and received Parade All-American third team spot, which was his first national award. His high school performances earned him many names and nominations, including the name Illinois Mr. Basketball, decade’s third greatest high school point guard, receiving McDonald’s All-American team, First Team honors by Parade selection, and USA Today and USA Today First Team All-American. 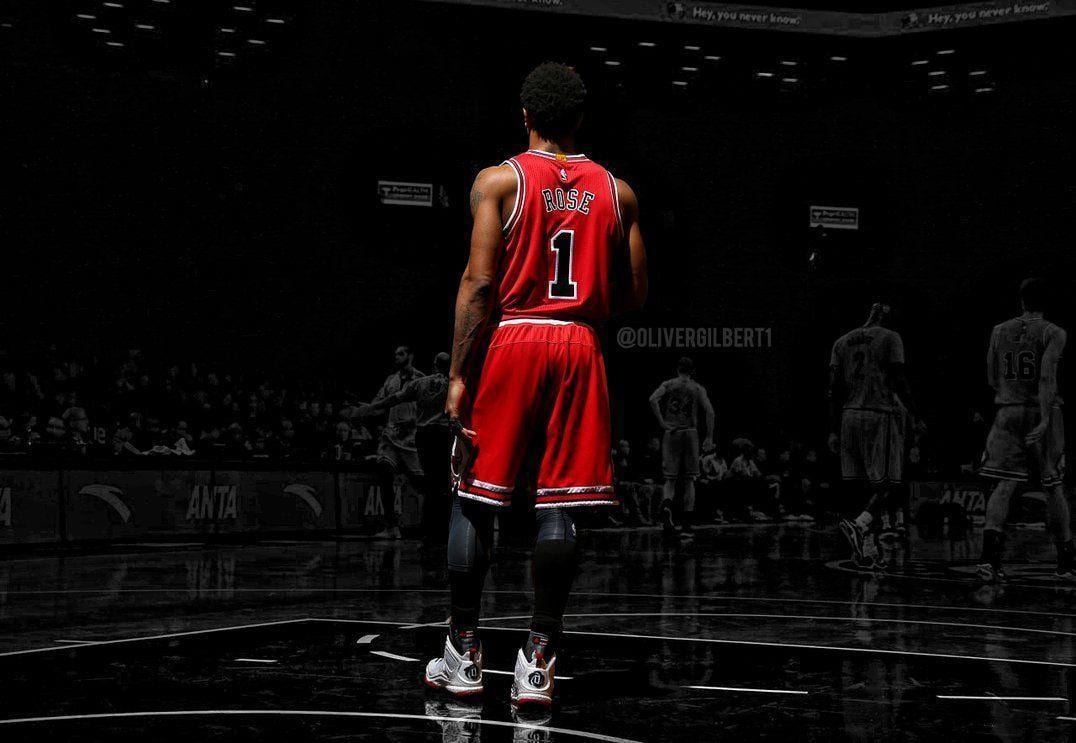 Derrick Rose became the NBA Rookie of the Year

He played under the University of Memphis Tigers along with upperclassmen Joey Dorsey and Chris Douglas-Roberts. Derrick, as expected delivered outstanding performances and got well known for his defense techniques. He scored 14.9 points, 4.7 assists, and 4.5 rebounds per game during the regular season and received All-American Third Team honors, and became the finalist of the Bob Cousy Award and the John R. Wooden Award. A few matches later, he was named to the All-Final Four team after averaging 20.8 points, 6.5 rebounds, and 6.0 assists per game.

Derrick got selected to the U.S. Select Team for representing the National Team in the Olympics in Beijing. Unfortunately, after two games, he had a severe injury and has to quit and returned after a few months. He had another serious injury 2009–11 and missed the session, and signed a contract extending for more than five years with the Bulls for $94.8 million. He got voted All-Star Game starter for the second consecutive year, however next session, he was again injured and his team lost to the Miami Heat. He returned in the 2014–15 session, totally recovering from his injuries and gave perfect performances after that and scoring incredible points. Rose signed with the Minnesota Timberwolves in 2018 and scored 24 points and eight assists.

Rose signed with the Detroit Pistons in 2019 and earned the position of being the first player in Pistons history to record seven consecutive 20+ point games. In early 2021, he signed with New York Knicks, where his previous coaches Tom Thibodeau and Taj Gibson are present.

Derrick Rose and his girlfriend, Mieka Reese welcomed their son, Derrick Jr in 2012. Though, both of them broke up after some time. 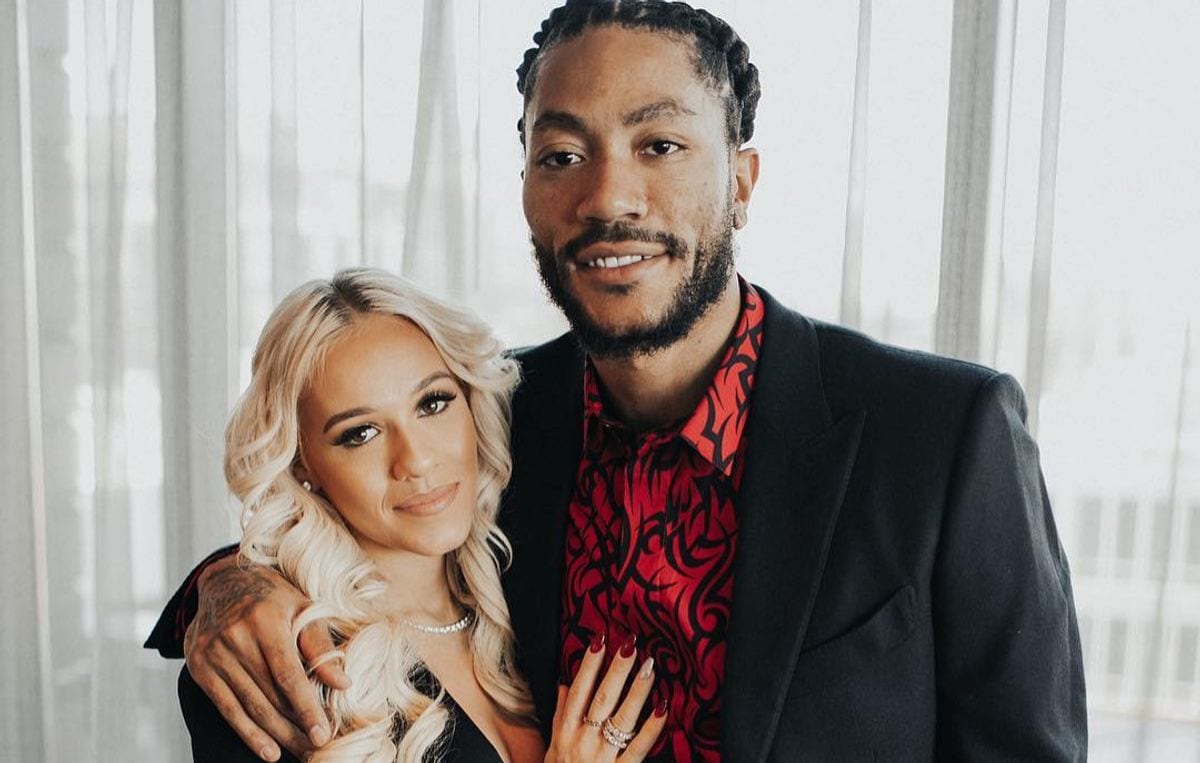 In 2016, Derrick Rose was linked to Alaina Anderson, and they got married secretly in 2018, and the couple is blessed with a beautiful baby girl. Alaina Anderson model, entrepreneur, and fitness influence, and posts pictures together on their social media.

Net Worth Of Derrick Rose 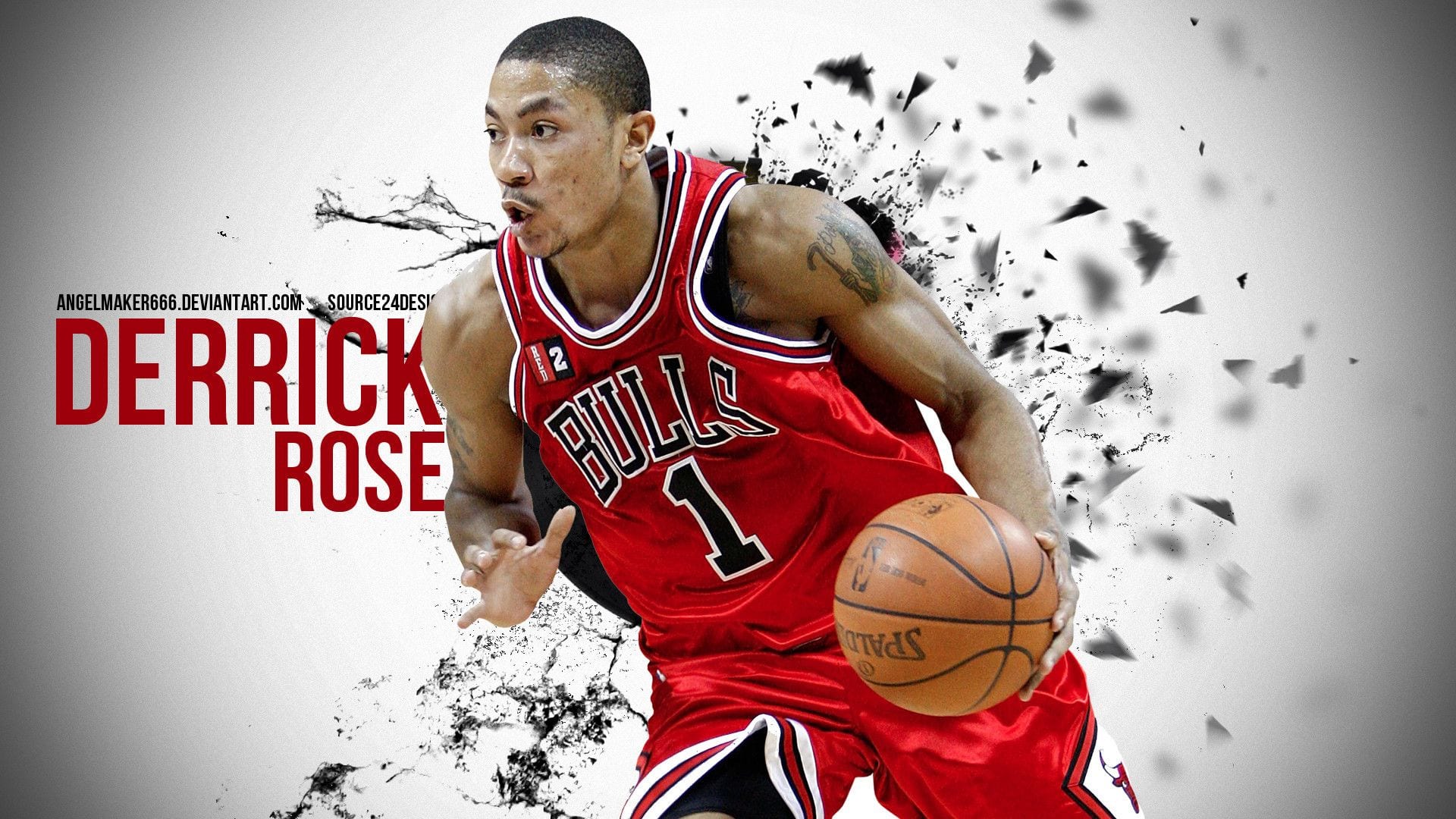 Derrick Rose achieved a lot in his career since his junior days and was the youngest player to win the NBA’s Most Valuable Player Award and contributed multiple wins to his team.

The net worth of the skillful basketball player Derrick Rose in 2021 is nearly $90 million.