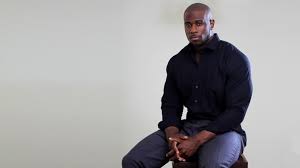 Relationships today are getting more and more difficult. People don’t know what to do when in a relationship. Human nature has become more complex, and as a result, the relationships today, too, have become estranged. To that extent that people need relationship advisors and counselors nowadays. And speaking in the social media language, the dating coaches. And one well-known name in this field is Derek Jackson. Dereck Jackson is a 31-year-old relationship guidance advisor. He has stated this to help the people manage their relationships with his real-life experiences. And has promoted healthy relationships online. He has around over a million followers on Instagram and over 750,000 on his youtube channel.

These two social media platforms have served as a great way of reaching people and also sharing his stories, experiences, and tips. And this evidently led him to become the Dating Coach for his followers. He has shared his experiences on how he nearly lost his college sweetheart because of his own foolishness but later realized his mistakes and slowly changed for the better. Now he is married to her in a dream-like wedding, and she has also forgiven him, and both of them have come a long way in their relationship.

Derek Jackson came in contact with the public sphere for the first time in 2012. This was via his blog, where he revealed the mistakes that caused him to lose his college sweetheart, Da’Nai. But the couple eventually reunited, got married, and also started a family together. Jackson shared this story on social media. He slowly became famous for sharing the strategies he said strengthened their relationships. And also for sharing relationship advice with the masses. This started gaining him a reputation and this field. And eventually, he became the talk of the town.

Derek has also written several books about the same. Namely Things She Wishes You Understand and also a Cheating Man’s Heart. He has also created card games that help stimulate intimacy between the partners and has also added biblical references to some of his contents. But Derek has not posted pictures of his constantly referred happy family on a regular basis. The reason for doing so was given to be Privacy. He doesn’t want his family to be in the public eye.

This Dating Coach has amassed over a million devoted followers. As he talks to the viewers about the relationships and forces the couples as well as the singles to rethink the approach that they have for their romantic relationships.

Past Life and Revelations 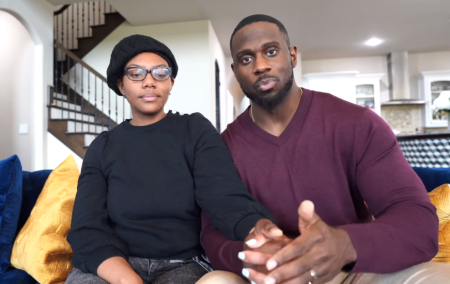 Recently there was a huge stir among the followers of the Dating Coach when the rumors about him having an alleged affair with some unnamed woman had come up. This had happened in early March. And last week, a woman named Candice De Medeiros had alleged that she was engaged in a relationship with Derek. This came as a shock for many of his followers. To prove her point, she had also produced a photo of her a Derek. She alleged that she was told by Derek that he had grown apart from his wife. So she believed him, and they were in an affair. She also brought to light other significant proofs that were undeniable.

To this revelation, Derek admitted in a video confession that he indeed was married when the affair took place. To the shock of his fans, he also said that De Medeiros might not have been the only one with whom he has been when he stepped out of this marriage. He also accepted that it was not the casual dinner and catching up type affair it was some serious sex, sexual flirtation and meeting up, and that kind of thing. On hearing this, the first thing that came to the audience’s mind was why hasn’t Da’ Nai left him. To this, she posted that she had left on hearing this news. As there was no justification for bringing a woman into their relationship.

She had immediately left after listening to this news and was adamant about returning. She also said that she would not tolerate such a thing in her relationship now or any further. And did not return till she saw a shift in Derek’s behavior during their meets. The couple is currently together because of Derek’s efforts.