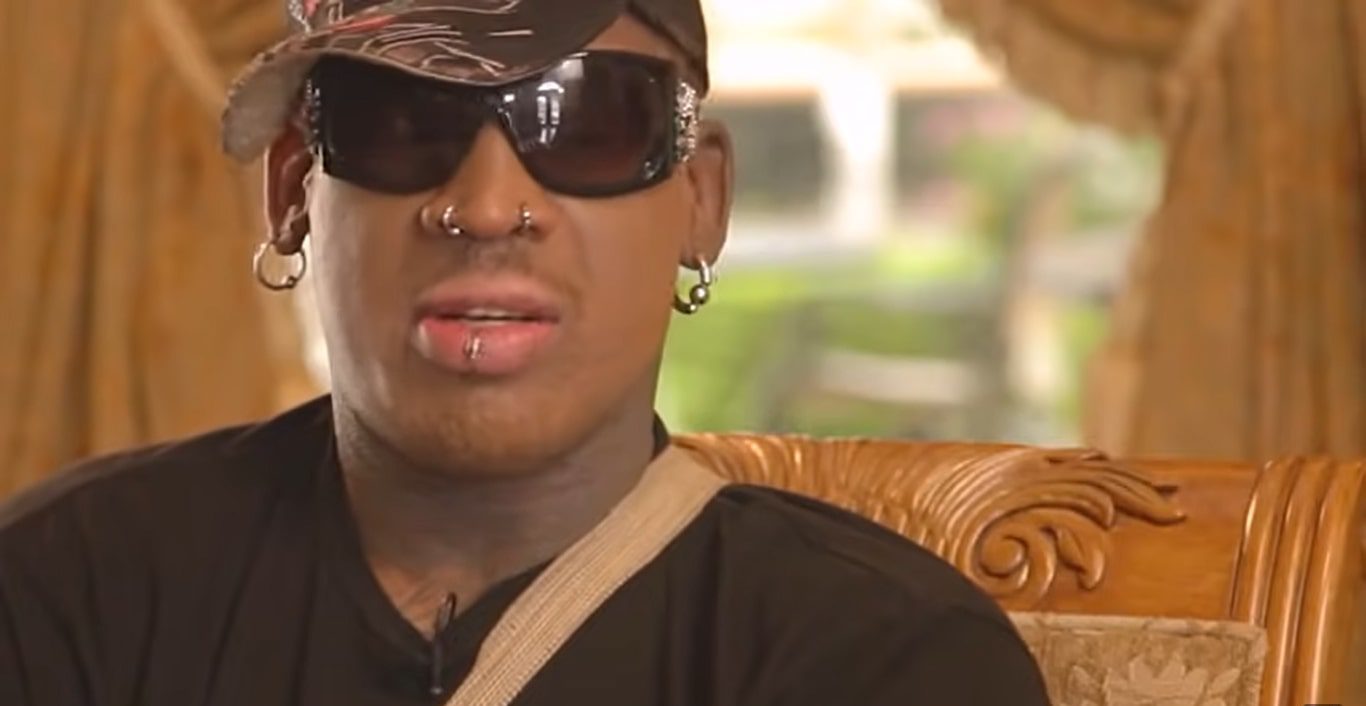 Every 90s Sports Fan is aware of this extraordinary athlete! Dennis Keith Rodman is a former American basketball superstar coming from New Jersey. The American had played for several teams in the National Basketball Association. The list is surprisingly long for a basketball star player. But there is one team for whom he devoted his career. Dennis Rodman came into the limelight after playing for the Detroit Pistons. He secured his name as the best defensive player of the game while playing for Pistons. Pistons were his first-ever club, where he played from 1986-1993.

Dennis Rodman was a 6 ft 7 (2.01 mt) monster! During Piston’s tenure, he established his position as the Small Forward. The small forward is the most versatile position of the game. Small Forwards have a job of scoring long-range points. But their principal responsibility is to block the shots and do rebounds. Rodman’s unreal defensive abilities earned him a lot of praise. He got nicknamed “the worm”  due to his blocking skills. Dennis won the NBA All-Defensive First Team honors seven times! Dennis Rodman also obtained the individual award of the Defensive Player of the year twice. The experts have stated he is the best rebounding forward in NBA history.

Dennis was born in Trenton, New Jersey, USA. He is the son of Shirley & Philander Rodman jr. Philander was a US Airforce Member who fought in the Vietnam war. Rodman Philander had almost 27-28 siblings. Dennis had about 47 siblings, and he was the oldest of all. His height was also only 5 ft 6 during his school days. But a marvelous growth explosion gave him hope to achieve his dreams! Let’s learn about his Net Worth.

Also Read: Leslie Ash Net Worth: How Much Is The Famous English Actress Worth?

Dennis Rodman Net Worth: All You Need To Know About Rodman’s Cash Inflow & Outflow

Dennis Rodman was one of the most distinguished talents of the NBA. He was worth $23 Million. Today, the Net Worth of the worm is only $500k. The topic of his Net Worth is more famous than his own career achievements! During his whole career, Rodman earned somewhere about $27 Million from his salary. His income essentially came from Basketball. If we adjust the inflation, then today that same amount will sum up to $43 Million! In 1997, he earned around $9 Million while playing for Chicago Bulls. Cut the inflation, and that would be $15 Million! In that season, he was the tenth highest-paid player in NBA. So what exactly happened that dropped him from the stars?

Many might be knowing that Dennis Rodman had an extremely bad temper. His attitude often put him into lots of trouble. It may be possible because of poor parenting from Shirley Rodman. His childhood was terrible. The man got kicked out of the house after he turned 19. Rodman’s story is essentially about partying, scandals, and generosity as well!

Dennis earned somewhere about $5 Million with the Pistons & $4.9 Million with the Spurs. But during his tenure with the legendary Michael Jordon, he earned $9 Million. All the money and stardom got into his head. He started acting recklessly inside in the Windy City. Rodman owned several lavish cars, big homes, and dance bars. He literally spent 90% of his finance on all this. On top of that, he got caught 80 times by the police! If we sum up all his careless spendings, it goes up to $26 Million!! Dennis Rodman had kicked a cameraman, after which he got forced to pay $1 Million.

Other Activities/Profession Of Dennis after retirement:

Dennis Rodman always wanted to become a wrestler from his childhood. In 1997, Rodman invested some time in professional wrestling. His first match was against The Giant & Lex Luger. It was a tag team match where he teamed up with Hulk Hogan. Dennis lost that match, and so did the great Hulk Hogan. After he retired, he took professional wrestling more thoughtfully. A few months later, Dennis again teamed up with Hulk Hogan and won the WCW Championship Title! Till 1999, he kept on appearing in many bash events.

Dennis had his own reality show called the Rodman World Tour. It got streamed on MTV. Many don’t know that Dennis also acted in one of the films during that time! He earned three Golden Rasberry Awards due to the movie’s success. Rodman acted in two other films as well. Unfortunately, today, his financial problems have pulled him down very badly. Hopefully, he gets back up again!

Also Read: Ayesha Curry Net Worth: How Much The Wife Of Steph Curry Earns?

Doctor Who Season 13 Episode 4: Release Date, Preview & Where To Watch