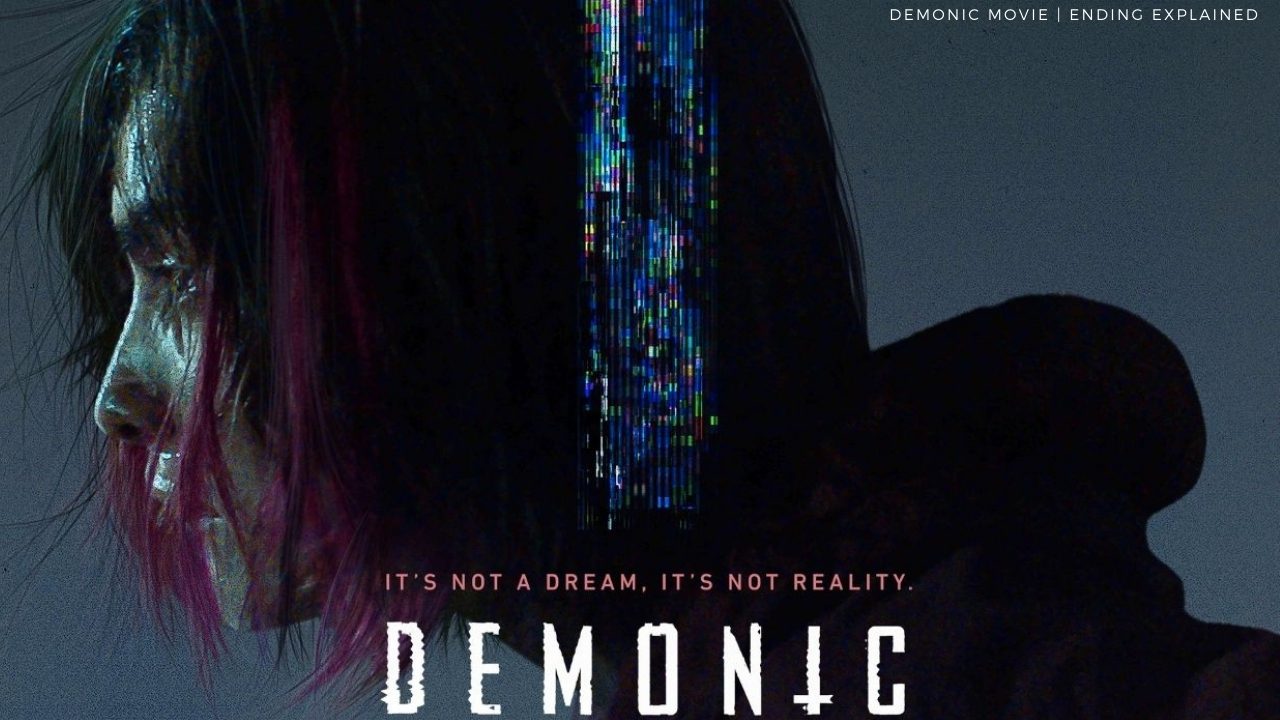 What do we know about Demonic Ending Explained? Director Neill Blomkamp brings home an unconventional supernatural thriller movie titled Demonic. The movie has been newly released and is already creating a buzz around. Demonic is already available on Digital and VOD starting from 20th August 20 onwards. The movie also made its debut at the theatres on the same day. The movie has been applauded for its high-tech vision that comes with a spooky story but is not your average horror story!

The movie revolves around Carly who has a strained relationship with her mother Angela due to her troubled past. While Angela went on a murderous spree, Carly has been abandoned and is left alone by the community. She is only close to her best friend Sam. While she has no connection with her mother, Carly is often haunted by terrifying visions of Angela. Let us take a look at all the details about the Demonic Ending Explained.

The story is set in motion when Carly is recalled out by her old boyfriend Martin who claims to have spotted Angela in a focus group. He asks Carly to accompany him to look into the matter. It is soon discovered that Angela is in a come and is in simulation that comes with high-tech supplies. The doctors at Therapol, Michael and Daniel, convince Carly to get into the simulation and converse with Angela. While skeptical at first, Carly continues to go along with it. However, she is left devastated when Sam is found dead and Carly is haunted by a raven-like demonic apparition. 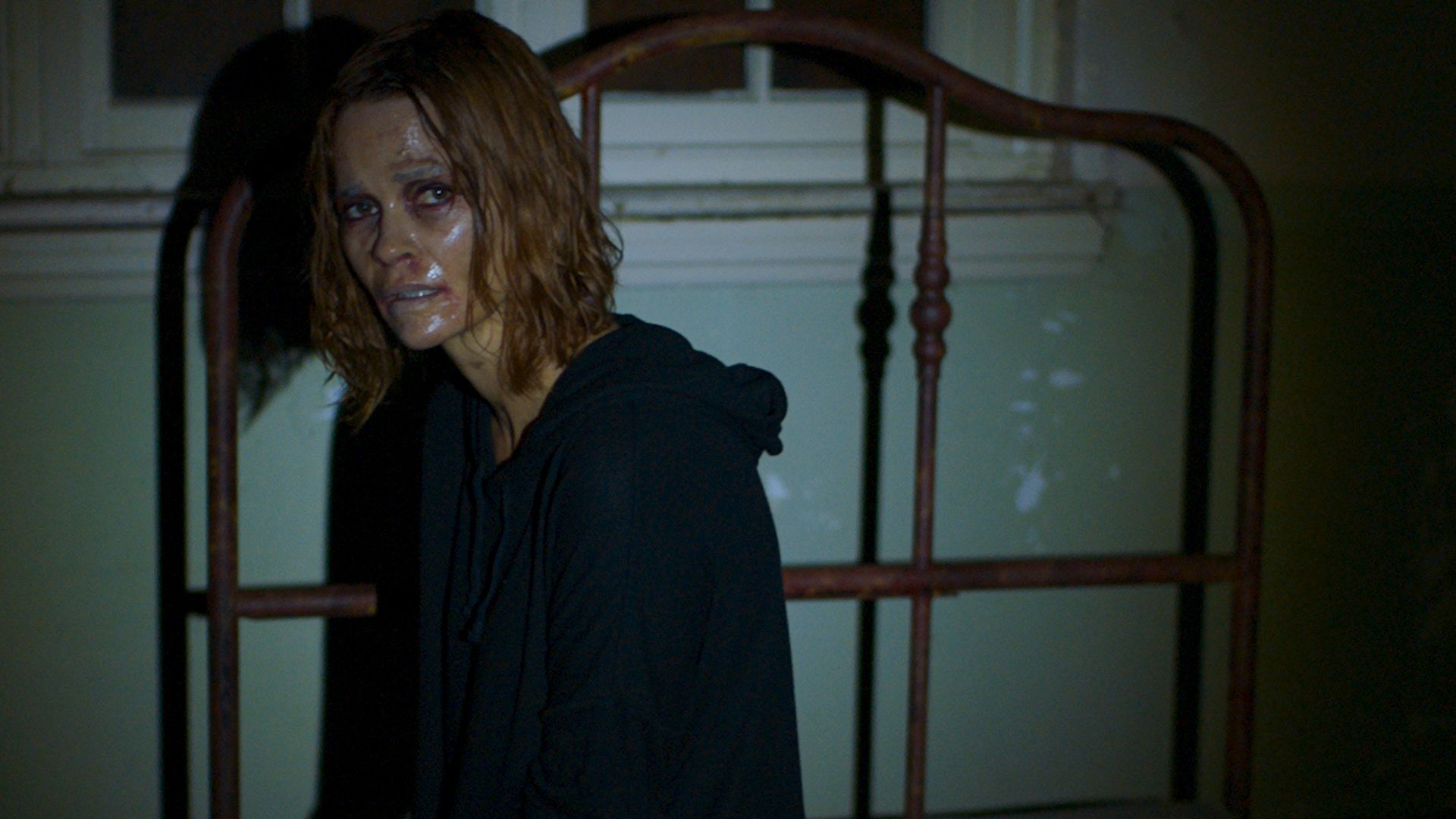 It seems like Angela has been harboring some dark secrets that are finally unleashed by the end of the movie. It was soon revealed that the authorities have been funding a black ops team to hunt down demons. These people are putting together a team of militant priests specifically equipped to perform exorcisms in the most terrifying situations. Not to forget this team is also funding private hospitals like Therapol that are indulging in shady activities.

Was Carly Killed At The End Of The Movie?

After Daniel gave the Holy Lance from the Vatican to Carly, she finally takes control of the situation and tried to take over the demonic spirit who soon possessed Carly. However, the movie ends on an unexpected note when Carly is led with no other option but to stab herself with the Holy Lance. Daniel also reveals that some priests have been appointed to carry out exorcisms and with the demonic spirit possessing Michael, he is out on a killing spree. If you haven’t already seen the movie, here’s the official trailer of the movie given right here.

Soon, the demonic spirit has to leave Carly’s body and is soon burnt in ashes. While fans are left wondering whether Carly is left dying or not, we are soon taken to the end scene where she is seen recovering in a hospital. Carly soon visits Angela’s grave with a bouquet while making amends to the once strained relationship the two had.

Director Neill Blomkamp Talks About The Tone Of The Movie And More!

The director of Demonic has opened up about the movie and how he was certain of what should be the tone of Demonic. Blomkamp admitted that he wanted it to feel dead serious and that seriousness was meant to create a feeling of tension or like brooding, simmering dread. He aimed just to have this unease to everything.  While talking about the movie-making process, the director revealed that he must have been soaking up some of the feelings of just general global anxiety. 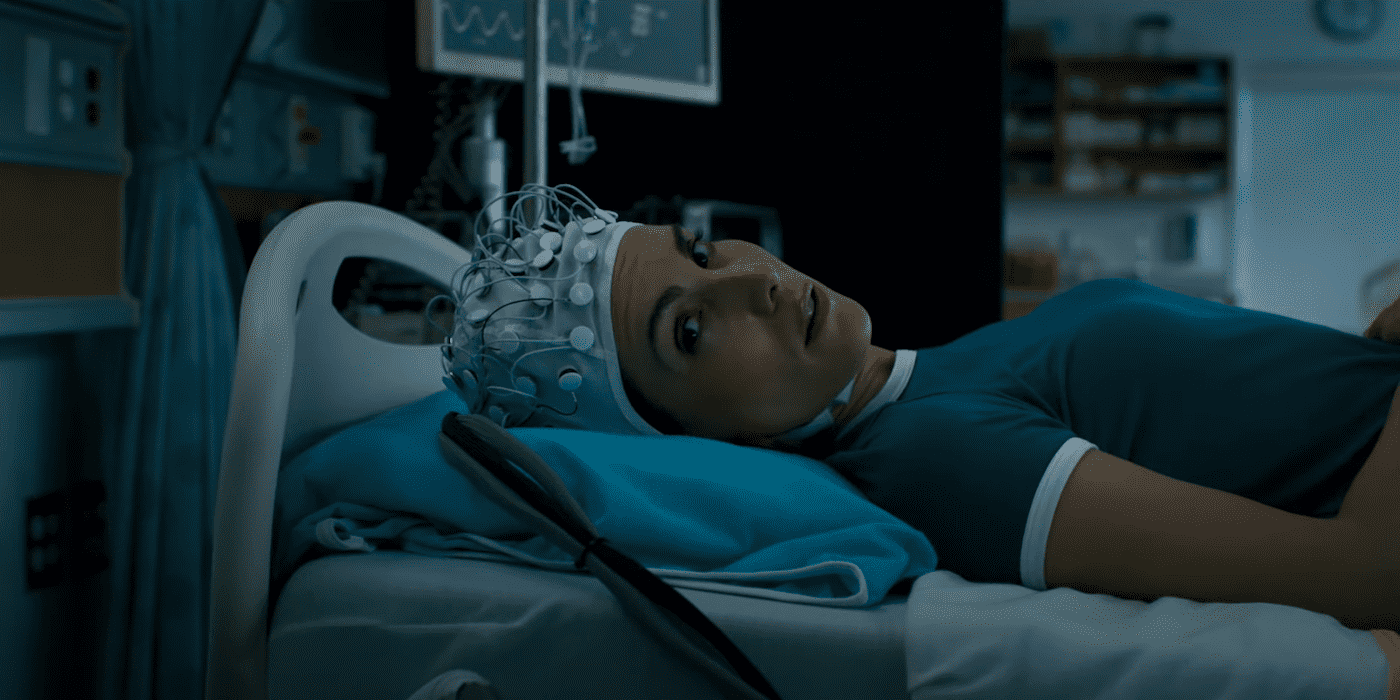 However, he also says that it is hard to pinpoint exactly how much of that was in there. Neill talked about the movie saying how he always wanted to make something that was a tiny, self-financed horror film. He also admitted that COVID might have played an important role in the movie-making as he would not have made this film if it wasn’t for the pandemic as he did hit on the idea of glitchy virtual reality technology being used by coma patients!

Also Read: The Ring Ending Explained: What Happens To Rachel And Aiden?