The Demon Slayer franchise has grown to a remarkable level. Koyoharu Gotouge’s manga has stirred an instant heightened reaction among anime fans. The anime series of Demon Slayer from 2019 already had fans struck by its elements of surprise. However, the new movie, Demon Slayer: Mugen Train, broke its records and climbed further higher into the hall of fame. The movie was released in Japan on 16 October 2020. Fans overseas have been waiting in anticipation for a Global release. The massive hype finally came to rest after the Demon Slayer: Mugen Train dubbed version release. The film has received a phenomenal response from different countries, proving the project a big success.

What makes Demon Slayer an awe-inspiring anime is its ability to grasp its viewers emotionally. Demon Slayer: Mugen Train has earned the second-highest ever US opening for an anime film. The movie earned a 21.1million USD in the US Box Office, making it the highest-earning foreign film in the US Box Office. After its global release, Demon Slayer: Mugen Train stands as the highest-grossing film of Japan, taking over the spot of Academic Award winner, Spirited Away. Fans have been completely left in the sense of trance as they fill in more and more positive reviews for the film.

The Demon Slayer: Mugen Train dubbed version has made its release. Additionally, the digital release date of the dubbed version of the movie has been announced. 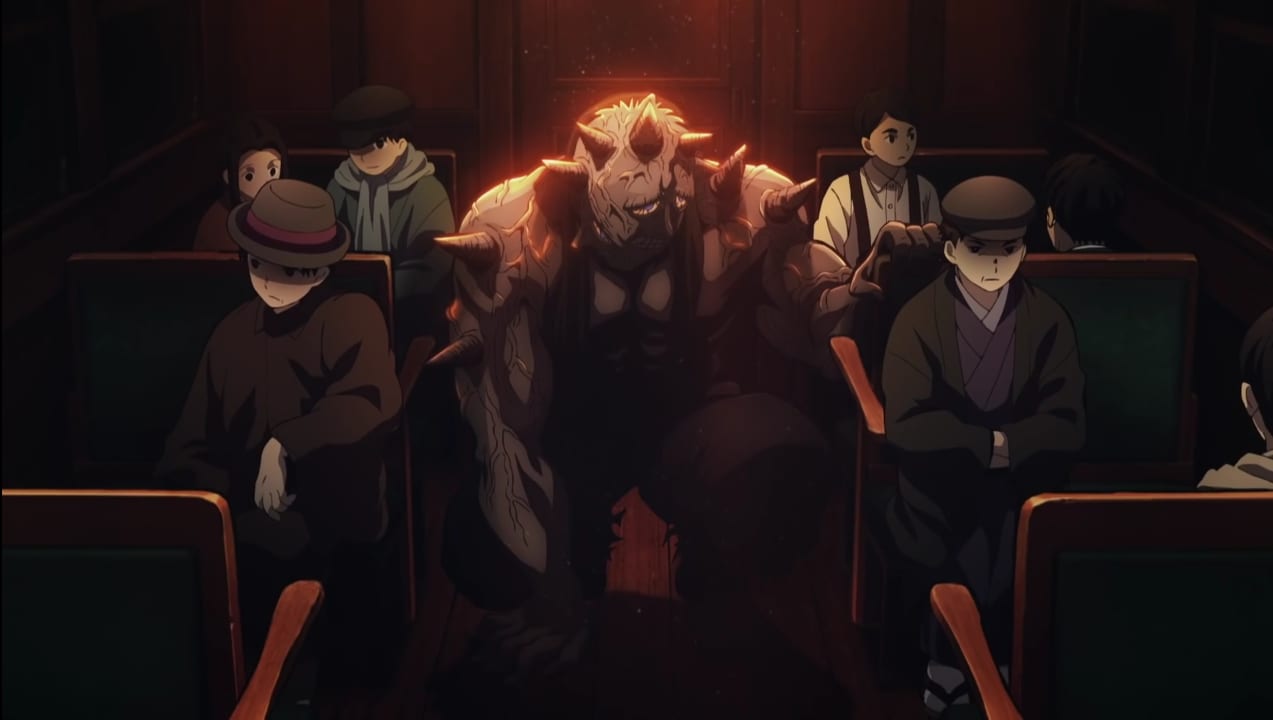 Towards the end of the Demon Slayer series, Tanjiro Kamado, Zenitsu Agatsuma, and Inosuke Hashibara follow Kyoujurou Rengoku towards a mission. The mission concerns investigation of a train where mysterious disappearances of its passengers occur. The trio, along with the flame pillar, boards the train. But, little do they know that the trap has already been set by the culprit, and they are caught in it. The film deals with the wits and efforts of the demon slayers to defeat this enemy and save the passengers.

Demon Slayer Movie was Peak asf. Everything about the movie was Absolutely incredible. The Story, Characters,animation,Voice acting,Music and The Fight Scenes Easy 10/10 Peak Fiction💯 We Kny Fans Eating Good. this Movie is a MUST WATCH. Rengoku GOAT🔥#MugenTrain #DemonSlayer pic.twitter.com/Vi9gPVFB9E

Demon Slayer: Mugen Train is the kind of movie that lets you forget reality. Its precise making does not let the viewers stray away from their attention. Its mesmerizing way of storytelling never ceases to amuse even those who have already read the manga and know all the spoilers. Even after knowing everything, the movie takes pleasure in surprising the viewers. The animation was beautiful in the anime. There was just enough amount of lighting and drama that fills the viewers with ecstasy. The sound effects further add up to the animation, giving an out-of-the-world experience. Ufotable’s efforts can be seen through every fight scene that left fans in awe.

The fight scenes were winning the hearts already. The movie focuses heart touching emotional scenes that might just move your soul. The movie begins with laughs, halts at rapid adrenaline rushes, and finally ends with a tearful curtain fall. Demon Slayer: Mugen Train is further made an enjoyable watch by its amazing voice actors. Both English and Japanese versions execute the feel of the scene with great enthusiasm. Overall expectations exceeding anime, Demon Slayer: Mugen Train deserves all the positive attention.

Need something to do this weekend? More @IMAX theatres have been added for Demon Slayer -Kimetsu no Yaiba- The Movie: #MugenTrain from Friday! 🔥

*IMAX® is a registered trademark of IMAX Corporation pic.twitter.com/e4UxPcvb2r

On April 29, it was announced that the movie would be available in the theatres again on popular demand starting from the upcoming Friday. Tickets are available here.

Further updates about the Demon Slayer: Mugen Train dubbed version is yet to be announced. You can stay updated with all new news by simply following the Demon Slayer: Kimetsu no yaiba official Twitter account. Or, you can simply check our website for future updates.

Also Read: Demon Slayer Season 2: Everything That Will Happen in The Next Season