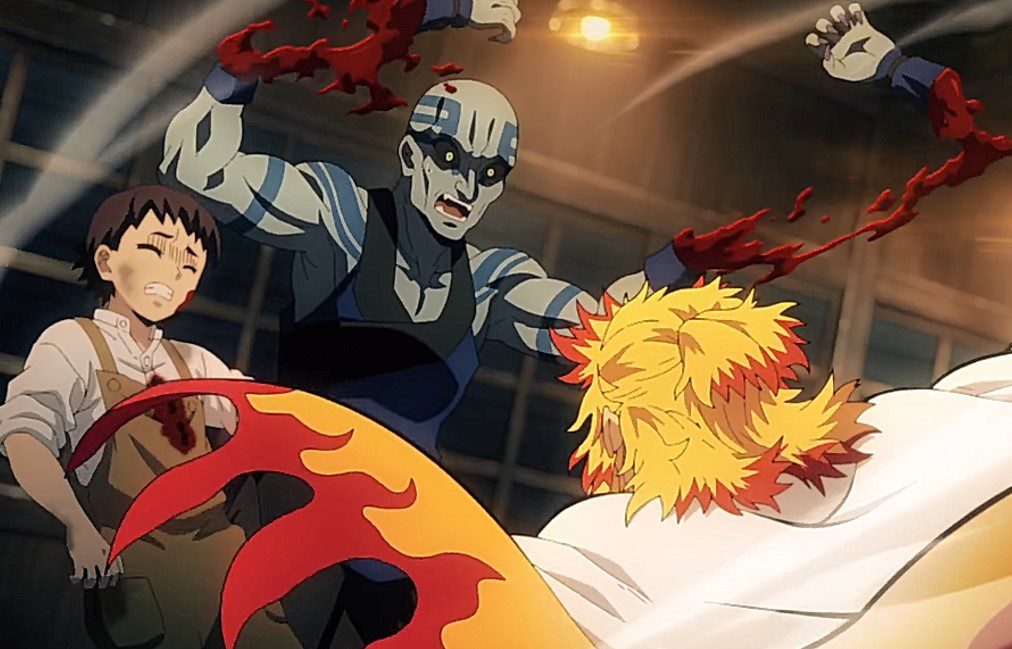 The battle between the Swordsmen within the Demon Slayer Corps and Demon in the Mugen Train begins with Demon Slayer: Kimetsu no Yaiba Mugen Train Arc Episode 2, with Tanjirou and his crew finishing rehabilitation training at the Butterfly Mansion. Demon Slayer: Kimetsu no Yaiba Mugen Train Arc reveals those battles, and Tanjirou’s journey continues. The episode begins with a train running, and the attendant hears something inside the train. Unfortunately, we saw that guy getting killed by an unknown creature. We saw the list of missing people and a man arriving at the noodle store.

Inside the store, we saw Flame Hashira eating noodles following his motto of saying it is delicious after eating. A man also apologizes, and the two decide to talk about something. They talked about work from last night, and the waiter prepared another bowl of noodles for them. Flame Hashira revealed about the Demon that escaped last night. The two also talked about the injured woman that the doctor is taking care of. They enjoy the noodle that the geezer prepared for them and suggest he open the shop in Ueno. They talked about the business with the geezer who reads a newspaper.

The geezer discovered the shocking incidents revealing that the Slasher brutally killed the train conductor. The geezer told the two how tough the business people had stopped coming due to those incidents. This had become shocking to everyone, and it had stopped people from traveling since they were scared of getting killed. The geezer also talked about Mugen Train and forty passengers that vanished without a trace. Flame Hashira heard that man revealing that they had located the Mugen Train.

Tanjirou and Flame Hashira talked about investigating the Mugen Train incidents. In the morning, we saw Fuka and her grandmother at the store, worried that there had not been receiving many customers these days. This Demon incident had slowed humans’ life since they could earn and exchange goods and services. Gramps realizes that it is dangerous to stay out after dark since the Demons play out at night. Meanwhile, Tanjirou and Hashira Flame continue with their investigations. The two heard Fuka talking about Demons and wondered what was happening. Fuka wants to sell many Bentos despite the rumors about the Demons. 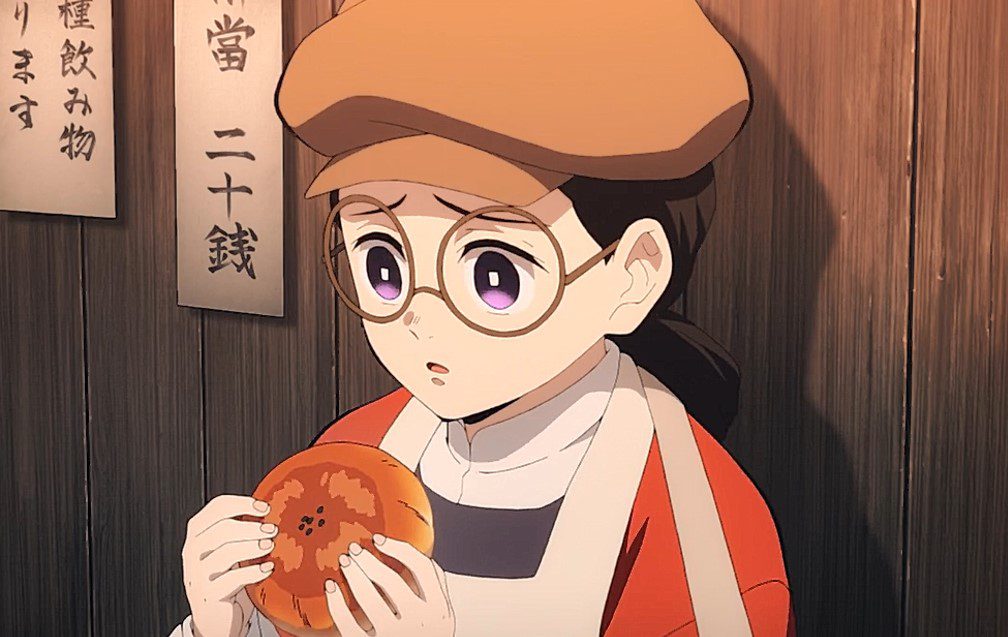 This has become a problem for Fuka since her family is struggling. Her father is not earning well, and her mother struggles to get some cash. Gramps always had that way of telling her not to worry about adult stuff since they would never sleep hungry. Fuka had worries about the rumored Slasher since she asked her grandmother what they would do if the Slasher attacked them. But things always backfire when she talks since her grandmother is good with words. Grandmother also talked about sacrificing her life for Fuka if they get attacked. Flame Hashira joins the two since it is already dark.

Flame Hashira stated his business and how he will help by locating the Demons. Tanjirou can’t believe that Flame Hashira had to talk to the girl like that. Flame Hashira is also known as Lord Kyojuro. We also saw the hawk on Tanjirou’s shoulder comments on Flame Hashira’s speech. Fuka wonders why this guy is tallki9ng about Demons and tells him to stay away. Fuka doesn’t believe in demons, and we saw her hitting Flame Hashira with a bun that he ate and shouted; it is delicious. 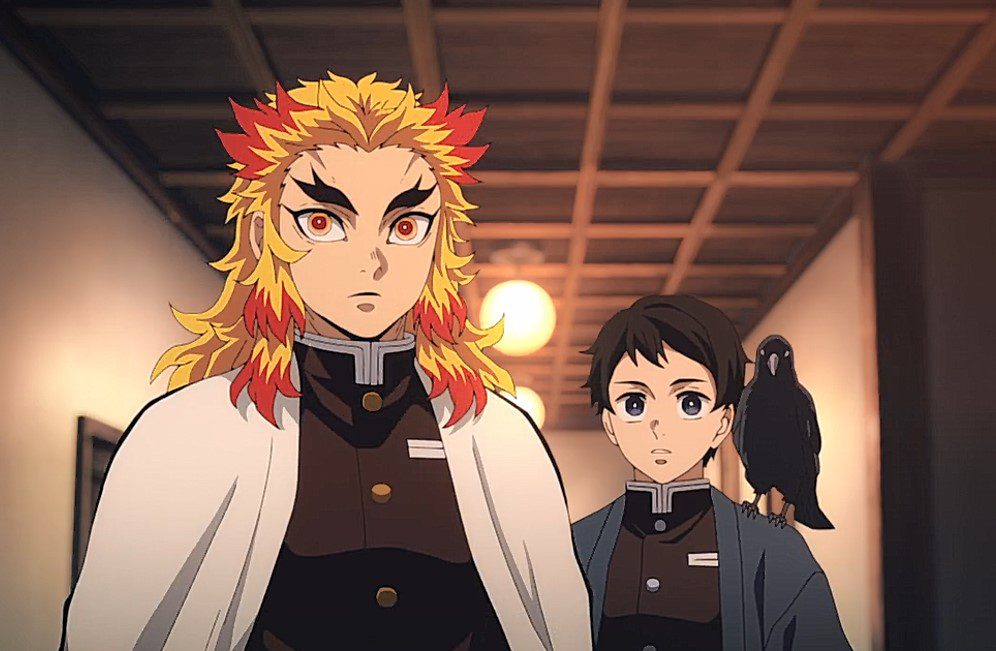 Also Read: Bleach Season 17 Anime Set For Renewal, Here’s What We Know So Far Regarding The Release.

In this article:Demon Slayer: Kimetsu no Yaiba Mugen Train Arc