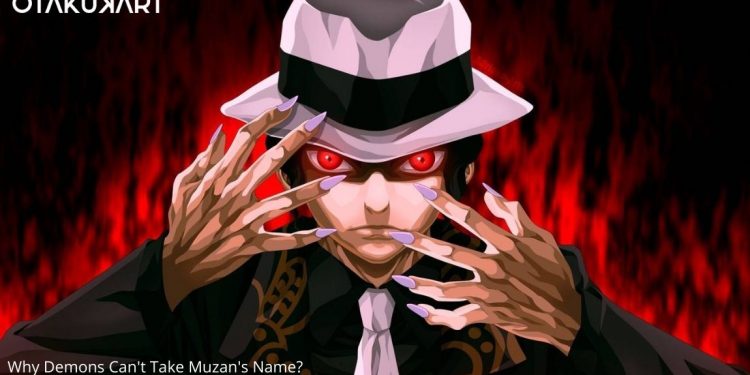 Since the day of the debut of Demon Slayer, it has remained at the top and one of the most popular anime series now. Indeed, Koyoharu Gotoge portraited the manga beautifully yet clear enough for the audience to feel the fear from the demons. All the emotions of the series are so clear that many of the fas do not only watch this for the demon concept but also due to the values and feelings it brings along. One more reason that contributes to its immense popularity is the characters, the duo of Tanjiro and his sister Nezuko are utterly adorable and cannot be replaced. However, a series is not only just about protagonists and their good deeds. There are no funs without villains, especially when the series is called “Demon Slayer”.

Kimetsu no Yaiba is popularly known as Demon Slayer is a Japanese anime series by Koyoharu Gotoge. The manga follows the life events of a teenage boy named Tanjiro Kamado who has lost his family in a demon attack. The one member of his family that managed to survive the attack was his sister Nezuko who unfortunately was turned into a demon. Tanjiro and Nezuko started their journey to find the cure and turn Nezuko back into a human. The plot of the manga is very interesting and later get adapted into an anime series. The anime series debuted with its first episode on 6th April 2019 and is still ongoing. The popularity of anime is skyrocketing, and an anime film and a video game based on anime were also been created.

ALSO READ: What is the Significance of Tanjiro’s Scar in Demon Slayer Kimetsu no Yaiba?

Through the whole series of demon slayers, you will come across a lot of demons. Some of them are extremely powerful, and some of them are not that powerful. But the thing that ties them together is their origin. Muzan Kibutsuji, also known as “Demon King” is known as the progenitor of Demons. Being a demon king, it’s obvious that Muzan himself is a demon but was not the same from his birth. Initially, he was born a human but turned himself into a demon while trying to treat his illness. Since then, he has only one motive in life, which is to live a life without any fear of death. Muzan is over a millennium-year-old and is creating more and more demons to date. Muzan is the main antagonist of the whole series of Demon Slayer and was the culprit of killing Tanjiro’s family and turning Nezuko into a demon.

Is not all of his introduction, Muzan is the leader of the Twelve Kizuki and rules over the twelve strongest demons. As he wanted to live a life without and fear, Kibutsuji wanted to overcome his weakness from sunlight. To do this, he wanted to find the Blue Spider lily or keep on creating more demons with the hope that someday he would be able to conquer his weakness of sunlight. Being the creator of demons, he can also control all the demons however, later in the series, Nezuko, Tamayo, Yushiro, and Chachamaru turned out to be exceptions.  As Kibutsuji can create the demons he is also very well capable of killing them without even laying a finger on them. Read ahead to find out how.

Even though demons are very powerful creatures and spend their life without any fear, they also have certain boundaries. As it is mentioned above that Demon King himself is concerned about his weakness of sunlight, so it is obvious other demons suffer from the same difficulties. This weakness makes demons nocturnal creatures, who will start to melt away when getting in contact with the sunlight. Other than this, there is something that limits demons from taking the name of their creator Muzan Kibutsuji. This fact is directly related to something called “Demon Curse”. Muzan has the ability to control all the demons who have assimilated his blood.

His ability to have full control over his creation extends to when we can also curse them. Yes, you heard it right, Muzan can put a curse onto any demon who is has assimilated his blood. According to “Demon Curse”, if a demon he created even utters his full name out loud, the curse will activate automatically and resulting in giving them a painful death. In short, demons can’t take Muzan’s name because they will get destroyed because of Demon Curse.