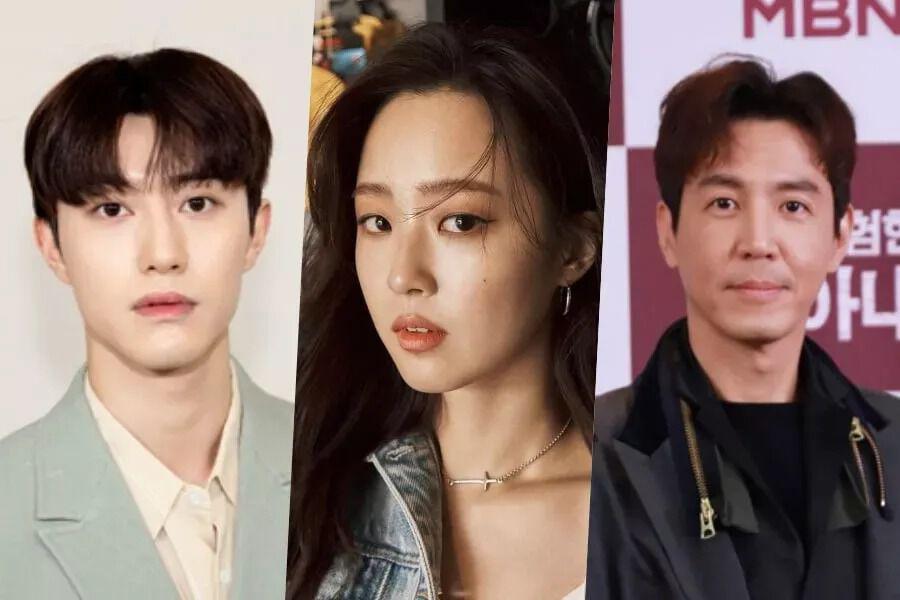 Delicious Rendezvous Declares New Cast Members, and today we are going to take a deep dig at the whole matter. The famous South Korean TV show Delicious Randevouz Declares New Cast Members. And the topic soon grabbed the eyes of its viewers. The Show is quite big in South Korea and has been running since 2019. On 20th May, the show declared the adding of new cast members to the show. The show runs on the original network SBS and confirmed the reorganization of the show. Due to which a few members will be leaving the show, a new cast will be joining in. So amongst the new lot of cast includes Choi Won Young, Kwak Dong Yeon, and Choi Ye Bin. These three will be soon joining in as the new cast, and amongst the current cast, three will be replaced by them.

These three actors will be hence joining the cast, and the news was confirmed on 20th May by SBS. The show suddenly decided on the re-organization of the same due to which this decision was finally taken. Kim Hee Chul, along with Kim Dong Jun and Yoo Byun Jae, will be leaving the show. After a long journey, they have now decided to part ways with the show. From the current cast members, only Yang Se Hyung and Baek Jong Won will remain intact in their positions as hosts of the show. The variety show “Delicious Rendezvous” holds quite a good reputation in the country as they deal with a new concept. The show has often invited guest celebrities over and again, and because of which the show keeps on trending in the top charts.

So before going any further, let’s dig deep into the details of these new members who have been cast for the show. Choi Won Young, Kwak Dong Yeon, and Choi Ye Bin are now the new cast in the show. They all are well-known celebrities and have been in the industry for a while. All the three have now specifically made their own place in the industry. They all have one thing in common that is interest in cooking. After all, the show is all about developing menus using local specialties and selling them thereafter. The basic agenda of the show was to develop new menus using low-demand local specialties, which in turn could help farmers. To aim wasn’t just to develop and sell food, but was also to focus on the consumption of more and more local food and popularizing them.

Choi Won Young is a veteran actor and has been selected for the show since he has a passion for cooking. He often makes food for his children and has been often nicknamed a house husband. His everlasting interest in cooking led him to be a perfect cast for the show. Along with him, Kwak Dong Yeon has also been selected for the show as the main cast. He has been known for his extremely friendly nature and gets acquainted with the people around him easily. His interest in cooking and his highly interactive and friendly nature led him to be a cast for the show. Recently he made headlines with his amazing role in the drama Vincenzo.

As the final member, we have Choi Ye Bin, who has been selected for the show based on her interest in the show for a long. She also has had experience in the same domain while working in many places part-time. She is most recognized for her role in the “Penthouse” series. The show had been serving as a great relief to the peasants and helped promote the value, power, and worth of using home products. Due to the unique concept of the show, the show became quite huge and hence has been running since 2019.

The first episode of the show was released on 5th December 2019. And the show runs every Thursday on the original network SBS. Until now, the show has had almost 100 episodes, with the duration of each episode to be approximately 1hr 35min. The genres of the show include food and business. The show is also popularly known as The best of rest stops, and the delicious rest stops. Many new updates from the drama are yet to release so till then, stay updated and be safe.

Supernatural Season 16: Will The Show Ever Return?