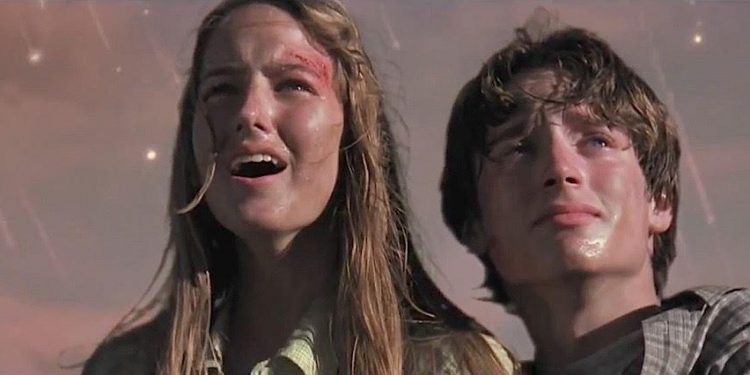 In 1998, Deep Impact came out as one of the best movies that gave people hope for humanity. This sci-fi movie deals with the clashing of a meteor on the Earth, but the sentiments and feelings of the people involved were portrayed so beautifully that the movie ends up being more heartwarming than tragic. Hence, if you are looking for a movie that will make you cry with a smile on your face, then Deep Impact is the one for you. As for those who have watched the film Deep Intact and are looking for someone to explain the ending for you, you have come at the right place.

Deep Impact had quite the array of casts and was also quite loved by the critics when it came out. However, some critics found nothing much special about the movie. This is one of the earlier Steven Spielberg movies. This year also saw quite a rise in the number of sci-fi movies like Armageddon. Though Deep Impact had got a better opening than Armageddon, the latter was much more successful overall. However, Deep Impact did acquire good ratings, and hence if you want to watch a nice movie about humanity, you can go for Deep Impact.

Before we get into Deep Impact ending, let us run over a quick synopsis of the movie for a better understanding. The movie starts with Beiderman and his girlfriend Sarah spotting an unidentified object in the sky. He sends a picture to Dr. Marcus Wolf, who immediately understands that it is a huge comet and might be able to destroy the whole civilization. However, he dies in a car crash on his way to alert the other astronauts. In the next year, a journalist comes across the name of Ellie, and she thinks it could be a mistress of a prominent person in the White House. However, the President calls her and asks her not to talk about the story just yet.

Soon enough, the President then informs the country that a comet is headed straight towards the Earth and has the power to make the civilization go extinct. Hence, they have come with two plans. One is to launch a few astronauts in space who will plant nuclear bombs on the comet and break it into small pieces to reduce the Impact. Another plan is to make underground caves that will be explosion-proof, and people might shelter themselves there until it is okay to come out and stay on the ground.

What follows is a great testament to humanity. People’s feeling of sympathy is put to the test, as the astronauts are unable to break the comet completely, and the people have to know to get into the shelters. People are chosen on a lottery basis. However, several people give up their position for those whom they actually care about or just for the sake of humanity. The journalist gives up her position for her rival coworker, who just gave birth to a baby. These instances make the film such a heartwarming one.

Beiderman gets married to Sarah so that she can be with him in the shelter. However, she only wants to be with her family. Therefore, Beiderman takes Sarah and her baby brother and goes up to the Appalachian Mountains. The astronauts go on a suicide mission to try to break the comet again. This time they are successful, as one part of the comet gets a lot smaller, and the other is big but only enough to bring a mega-tsunami.

As the meteor strikes the Atlantic Ocean, there is huge destruction all over the world, yet most people are alive, and they come out after a few days. Finally, the US President gives a speech to not forget about those who have sacrificed their lives for saving them. The movie gives a beautiful portrait of how humans would react when faced with adversity.

You can watch the movie, here.

Also Read: Blue Valentine Ending: What Happened to them? Will They Get Back Together?`