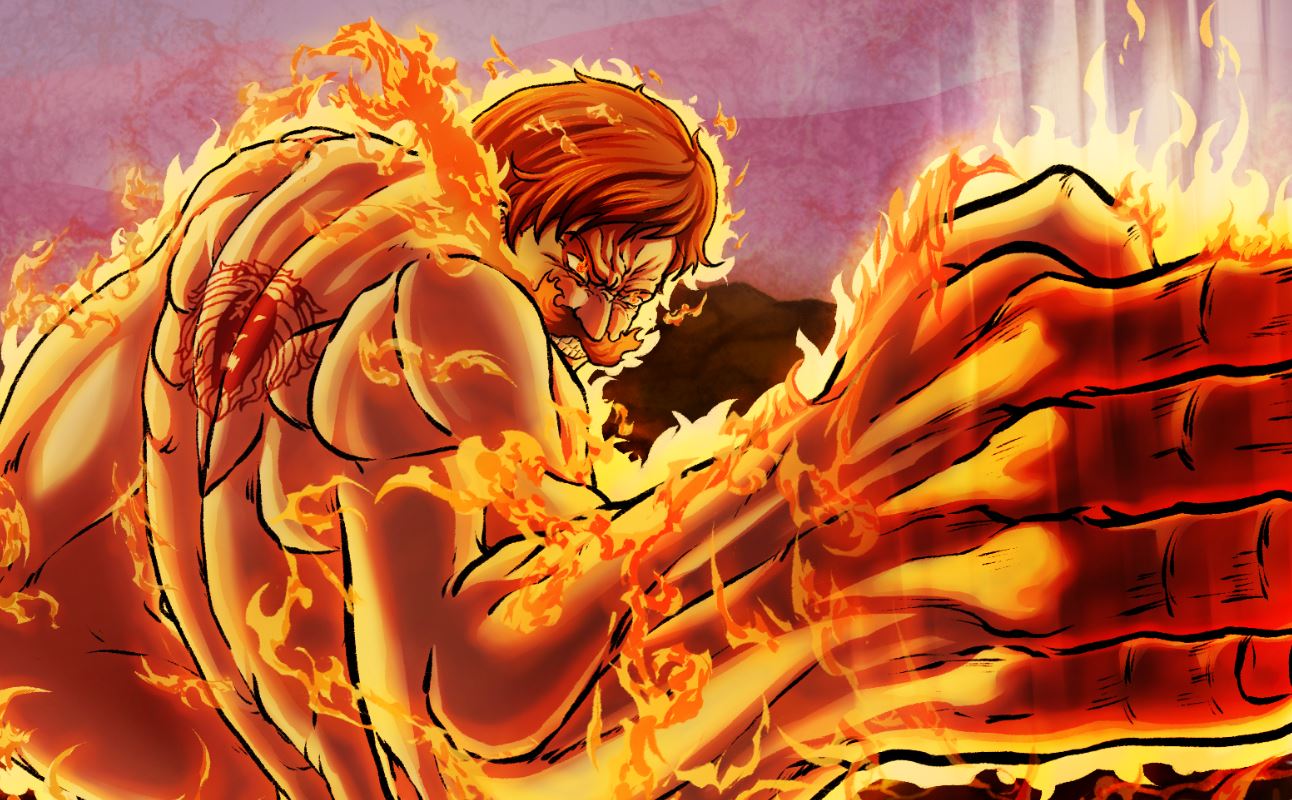 Escanor is easily one of the most powerful characters in the Seven Deadly Sins. So much so that he has been known as the strongest human alive. While Escanor was strong, he was also the last sin to join back the Seven Deadly Sins. This made his identity mysterious, thus his strength questionable. One would always wonder how strong he was and would he be able to defeat any commandments. But his appearance made all doubts clear. Escanor became an instant fan favorite as his display of Pride was loved by all. Now that the Sins have finally come back together after quite a few years, they take part in the Holy War. During this war, Escanor is left vulnerable without his powers. But as he attempts a final push, Escanor faces death. In this article, we will go deep into the death of Lion’s Sin of Pride, Escanor.

The Final arc of Seven Deadly Sins Manga reveals a lot of innate secrets within the universe. One of them being about Mael and how he became Estarossa. Anyway, this becomes the turning point of the story making foes allies. We expected some turning point at the end of the story but were left with heavy-hearted grief. Nevertheless, as Demon King finally takes over Zeldris’ body, Elizabeth’s curse gets reactivated. Seeing this, Meliodas is sure that Demon King is in their realm. So in order to defeat him, Meliodas and Elizabeth head towards the battlefield. Here they face the Demon King as he is taking over his second son’s body. While the demon-angel couple faces him, Escanor has his own ideas to help his friends. As he obtains the strength required for the battle, he heads towards his friends to take part in his final bout. 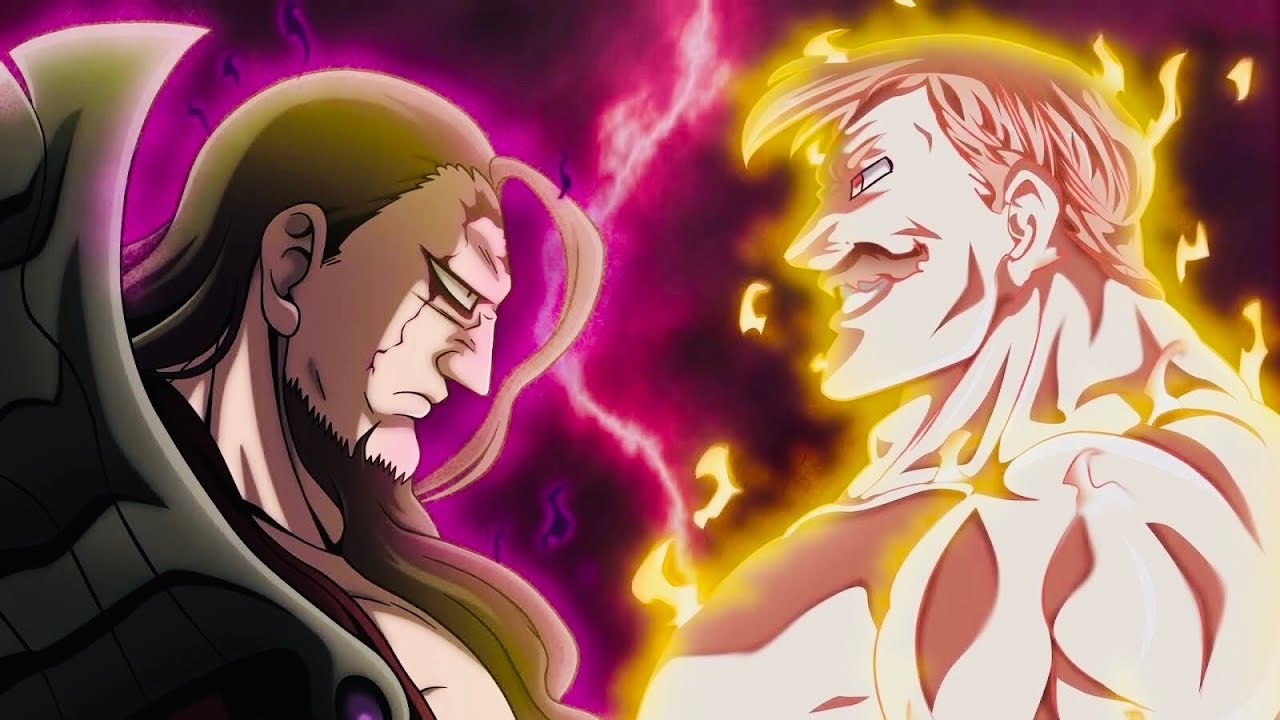 Yes, Lion’s Sin of Pride Escanor did die in Seven Deadly Sins. Escanor was initially the second prince of the kingdom Castellio. He was a very weak and frail person, as his night persona. But as he obtains Mael’s grace, “Sunshine,” he becomes the strongest human alive. Fueled with his pride, Escanor goes to fight the Demon King at the epitome of his strength in his “The One” form. Unfortunately, the borrowed grace was sufficient to defeat Demon King, causing him to disintegrate his life force. Doing this, he is able to match Demon King in a fight, but it has a huge collateral cost. He uses every bit of his strength to fuel “Sunshine,” which completely disintegrates Escanor. He did himself for further battle and final attack against the Demon King. Nevertheless, Escanor was to meet his impending death.

What led to the Death of Escanor? 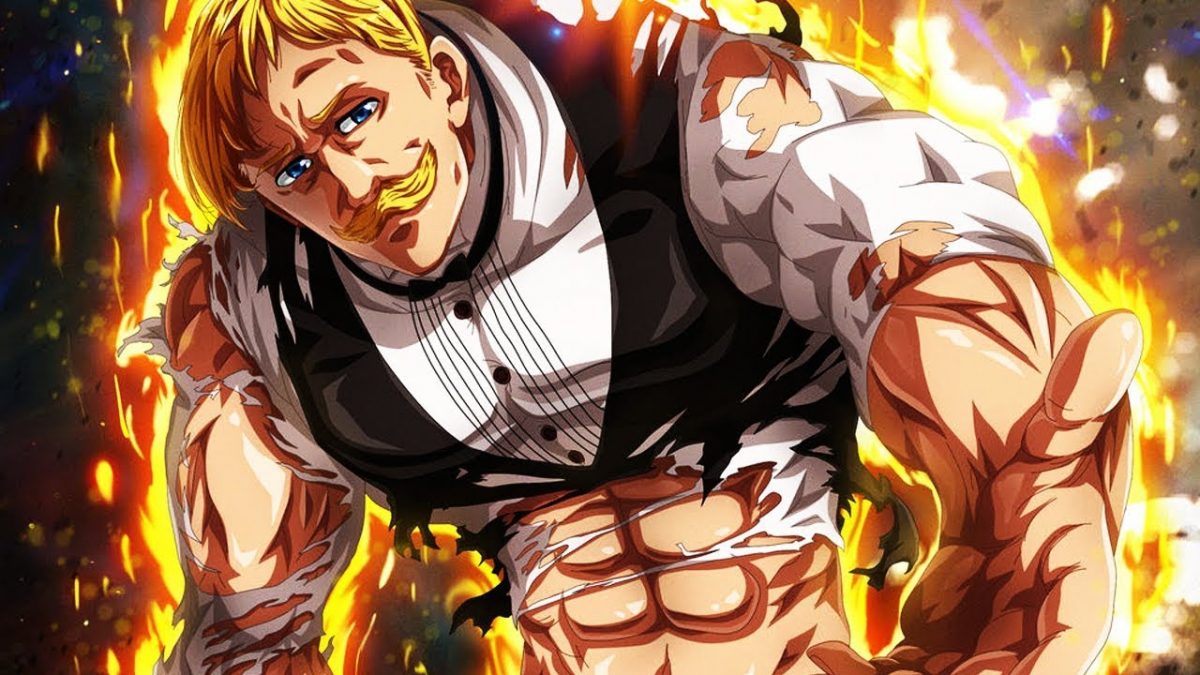 Escanor, who was fueled by his borrowed grace, goes into the battlefield to fight the Demon King. Here, he beats the Demon King entrapped in Zeldris’ body into a pulp. Escanor takes over this duty as Meliodas, who was Zeldris’ brother, couldn’t do that. During the fight, Escanor makes use of “The One” form to go toe-to-toe with the Godly being. Nevertheless, he was still falling a bit short to defeat him. So, Escanor decides to activate his “Ultimate” form. This is an even stronger form to “The One.” The toll for engulfing this form is that it sets one’s body ablaze. For this, the body starts using the Escanor’s life force as its fuel. As he takes up this form, Escanor takes the upper hand in the fight. But Meliodas tries to stop him, as this form would lead to him harming himself.

The truth is, it was already too late for Escanor, whose body was already way past its limit. He has been using Godly powers for a long time that his body is just too weak to handle. According to Escanor, he was about to die anyway, so he wants to die an honorable death fighting alongside his friends. As Seven Deadly Sins are able to perform a final attack against the Demon King, they are successful. As they bask in their goodbyes to Zeldris and Gelda, Escanor says the same for himself. His time was nearly up as his body continued to burn into ash. The ramifications of his abilities were too high for anyone to heal him. Also, this time, unlike other times, we do not see the character get revived back to life.

What did Escanor say before his death? 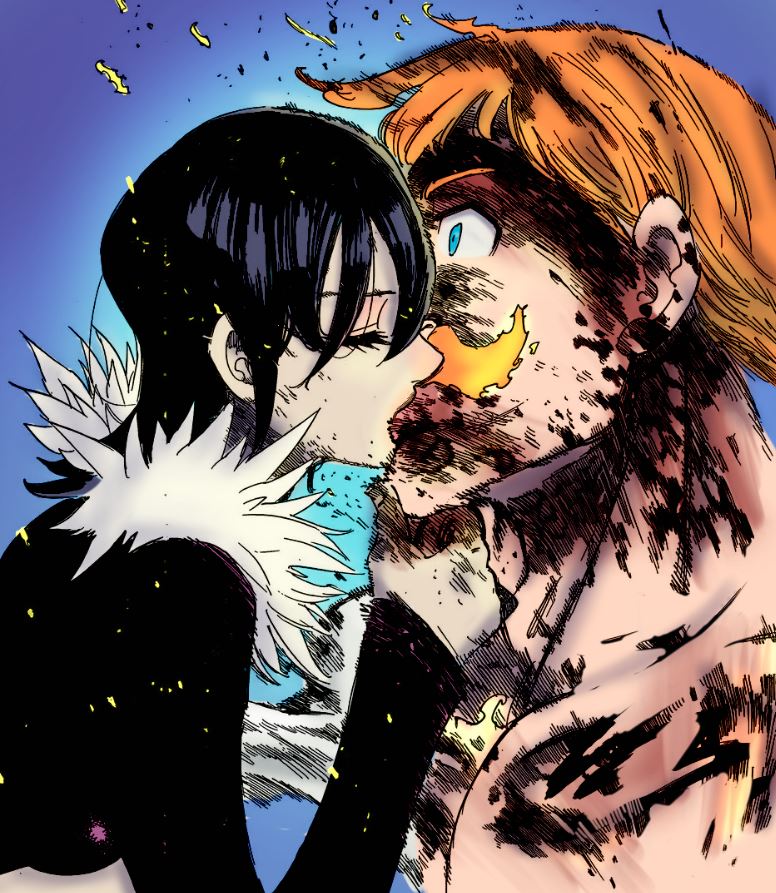 Escanor’s body had burned to a point where it started to disintegrate. Escanor declares how he had no regrets in his life, and he was glad that he could fight alongside them. He gives a few last words to each of his friends. He tells Gowther how he was his best confidante while also wishing Diane and King happiness in their future. Escanor asks Elizabeth to give his regards to her dad while thanking Mael for granting him the “Grace.” Lastly, he recommends Ban to loosen the drinking and expresses his gratitude towards Meliodas for being his friend.

At the very end of his life, Escanor confesses his love towards Merlin. He thanks Merlin for connecting with him, unlike other people who discriminate against him for his frailness. Merlin feels that she was being given too much credit as she only found him to be a fascinating test subject. Nevertheless, Escanor was happy with this as he was able to at least exist in some corner of Merlin’s heart.

Merlin wishes she had met Escanor 3000 years ago. Escanor tells her how he would have followed her no matter what crime or sin she committed. Merlin is surprised that Escanor even knows about her sin. Nevertheless, it was only a hunch by Escanor. He has always felt that Merlin was sad within herself.

Then as Escanor’s body begins to give out its final flames, he asks his friends to walk away. But instead, Merlin approaches him as she tells him how she could never be able to reciprocate his love. So, instead, she decides to keep the burn marks from his final flames as a symbol of the only man who ever loved her. She kisses him goodbye as he recites his last lines, disintegrating away. 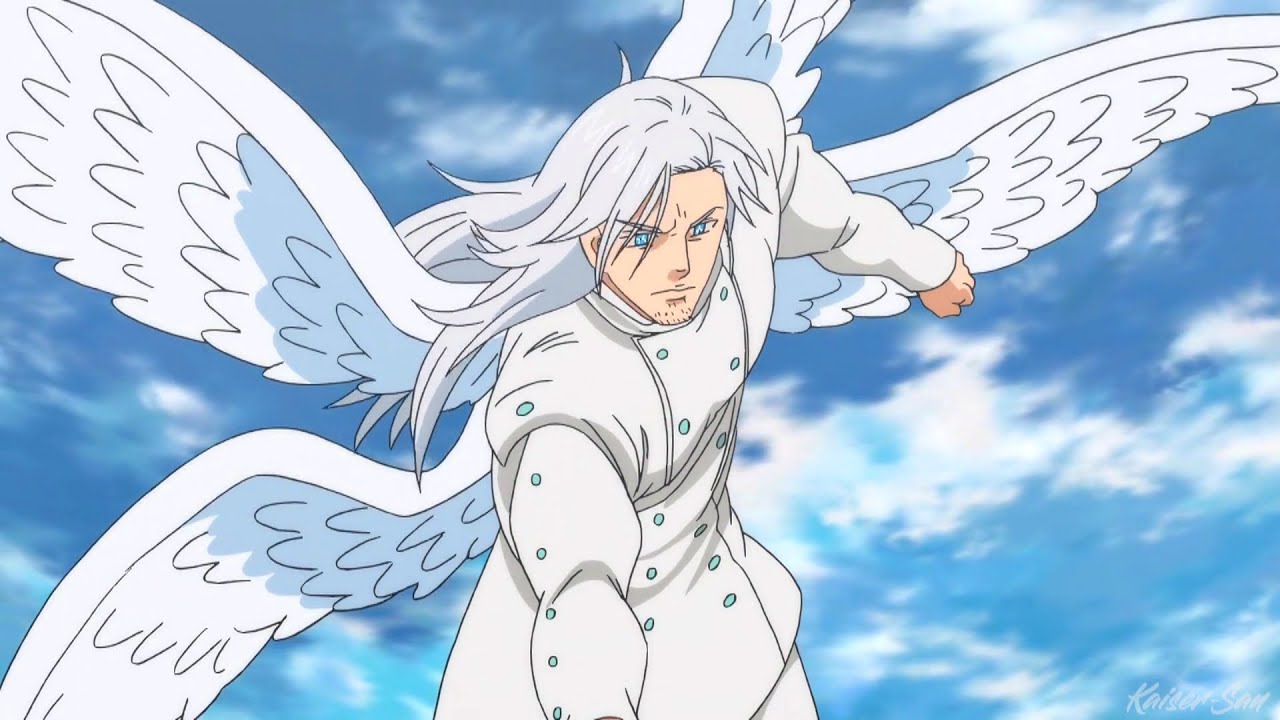 Mael is a part of the Goddess Clan, being one of the Four Archangels. He was Ludociel’s younger brother and was considered the strongest of the four brothers. Mael was previously the holder of the grace, “Sunshine.” 3000 years ago, as the Holy War took place, then Commandment of Selflessness Gowther cast a universe-wide spell to bring the Holy War to an end. This spell affected everyone as each one of the Demons and Angels came under its effect. The spell made everyone believe that Mael, one of the four archangels, was the second son of the Demon King. Thus Mael came to be known as Estarossa, the Commandment of Love.

This was done by Gowther to bring in a balance in the universe. Meliodas had betrayed the demons and sided with Elizabeth, which caused distortion. Therefore he sent over an angel to Demon’s side to balance it out, thus altering the memories of every existing being. But as Mael gained Dark powers through his new commandment, he lost his grace “Sunshine.” This roamed around for centuries as it one day ended up in Castellion to enter a human, Escanor. When Mael came back to existence, Escanor gave the Sunshine back to him as only he will be able to bring out its true potential. Later as the Sins again headed to face the Demon King, Escanor borrowed the grace from Mael for one last time before his death. 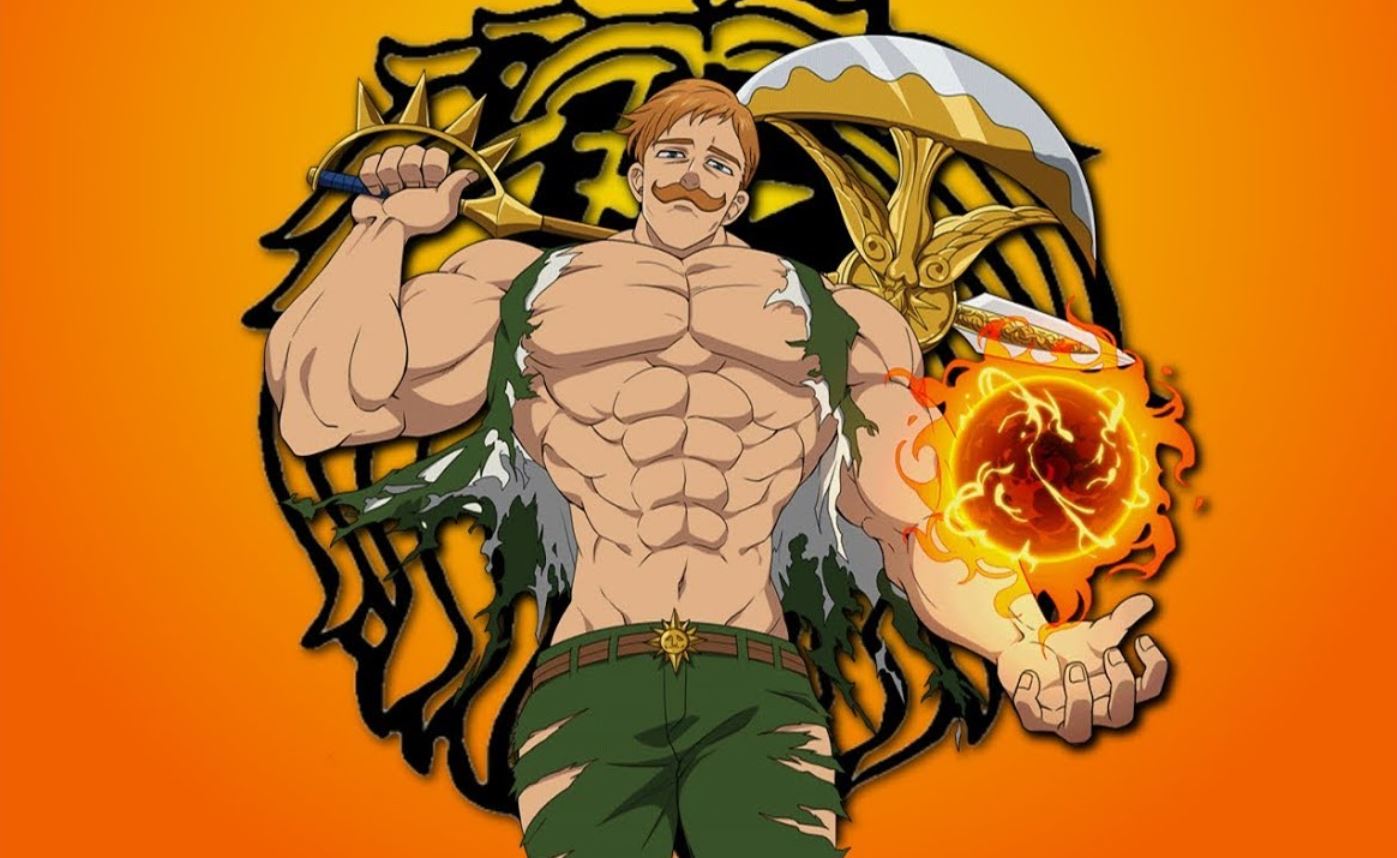 After he got Mael’s grace “Sunshine,” Escanor traveled from town to town, helping whosoever was in need. But one day, as he helped some townfolk from a Demon, he wreaked havoc in the village. Looking at his scary stature, people got afraid of him, causing him to be framed for the destruction of the village. As this event took place in Brittania, Meliodas, Merlin, and Zaratras were sent over to restrain him. While he does get caught, Escanor hurts Zaratras. Later as he disrespects King Bartra, Escanor is given the title of the Sin of Pride, Lion Sin Escanor. Along with this, he is handed a death sentence which is stopped by Meliodas. Later leading to Escanot joining him in the Seven Deadly Sins.