The release date for Episode 5 of the Deaimon is set for a weekly release. While there are an unlimited amount of anime that has been out this spring, the anime Deaimon stands out from the crowd. The animes released this spring are either highly action-oriented or quite dramatic. In the midst of it, if you want to watch anything sweet, Deaimon can help you change the flavor. After all, it is a Japanese confectionery store. The fourth episode was just released today, and fans are impatiently anticipating the ep 5 of Deaimon. The title for the Deaimon episode 5 is “Welcoming the Spirits” and will come out next week.

Rin Asano is the author and illustrator of the Japanese series Deaimon. The manga has been collected into thirteen volumes since its debut in Kadokawa Shoten’s seinen manga magazine Young Ace in 2016. The manga’s anime adaptation was also announced in April 2021. Encourage Films company is in charge of producing the series based on manga of the same name. The anime was ultimately aired on April 6th, and there have been four episodes released thus far. Next week also sees the release of Episode 5 of the Deaimon.

What is it about?

It surrounds the daily life of the Japanese store that sells sweets. While it is a daily slice of life anime it also has competition to make it more realistic. It takes place in a wagashi shop in Kyoto, Japan. This Kyoto sweet business is owned by the Ironi family. However, the Ironi family’s lone son has left the house to pursue his ambition of becoming a member of a band. It’s been 10 years since he left away to follow his goals. However, after 10 years, he receives a letter informing him of his father’s condition. His father is in the hospital, and Nagomu Irino, the Ironi household’s son, has returned home to take over the family business.

But, while he was abroad, a small girl was working in the Ryokushou store. The small girl, Itsuka Yukihira, has also been living at Ironi’s house for a year and is like a daughter to the Nagomu parents who they never had. Nagomu must now compete with a 10-year-old girl to be the sweet shop’s successor. 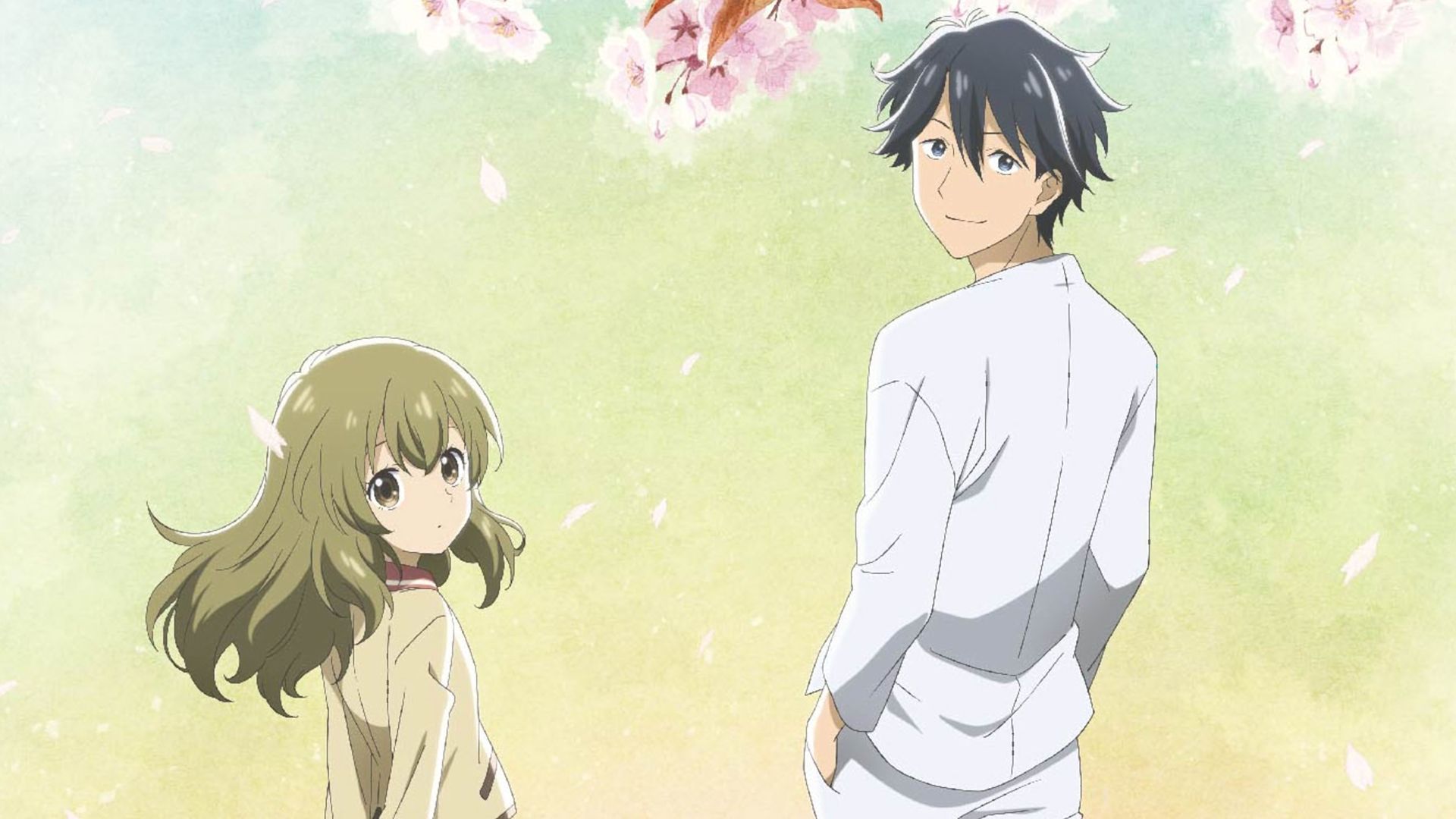 Since the beginning of the Daemion anime, the characters have been evolving into a family unit, despite their outward denial. We’ve witnessed Itsuka desperately attempting to locate her father, and Nagomu doing everything he can to be Itsuki’s idol father. Despite the fact that she dislikes him and rejects him at every opportunity. While there is sweetness at the house of the Ironi and Ryokusho store, there are also the characters’ life objectives. We also watched how Nagomu prevented Mitsuru from abandoning her family and her music career. The anime’s sweetness and soundtrack complement one other perfectly.

The fourth episode was split into two sections. We saw in the first part that the Tsukuyama family’s son is in love with the girl who works at Ryokusha. However, it turns out that, except for Itsuka, no other females work there. Nagoum discovers that the girl in question is none other than Saki. Saki enjoys dressing up as a woman in order to unwind. In the second half of the anime, we watched the gang head to the pool and have a pleasant summer day. Nagomu, it turns out, doesn’t even know how to swim. He is mocked by everyone. He also recalls his senpai, who taught him to play the guitar. Finally, a mystery character resembling Nagomu’s senpai emerges.

As mentioned earlier, the anime is scheduled to release weekly and the 5th episode of the Deaimon will release a week from the 4th episode of Deaimon. The release for the ep 5 of Deaimon is May 4, 2022. Deaimon Episode 5 is titled “Welcoming the Spirits” and we might discover more about the mysterious figure that appeared. Also, Nagomu’s grandmother has come to mock Nagomu as well. 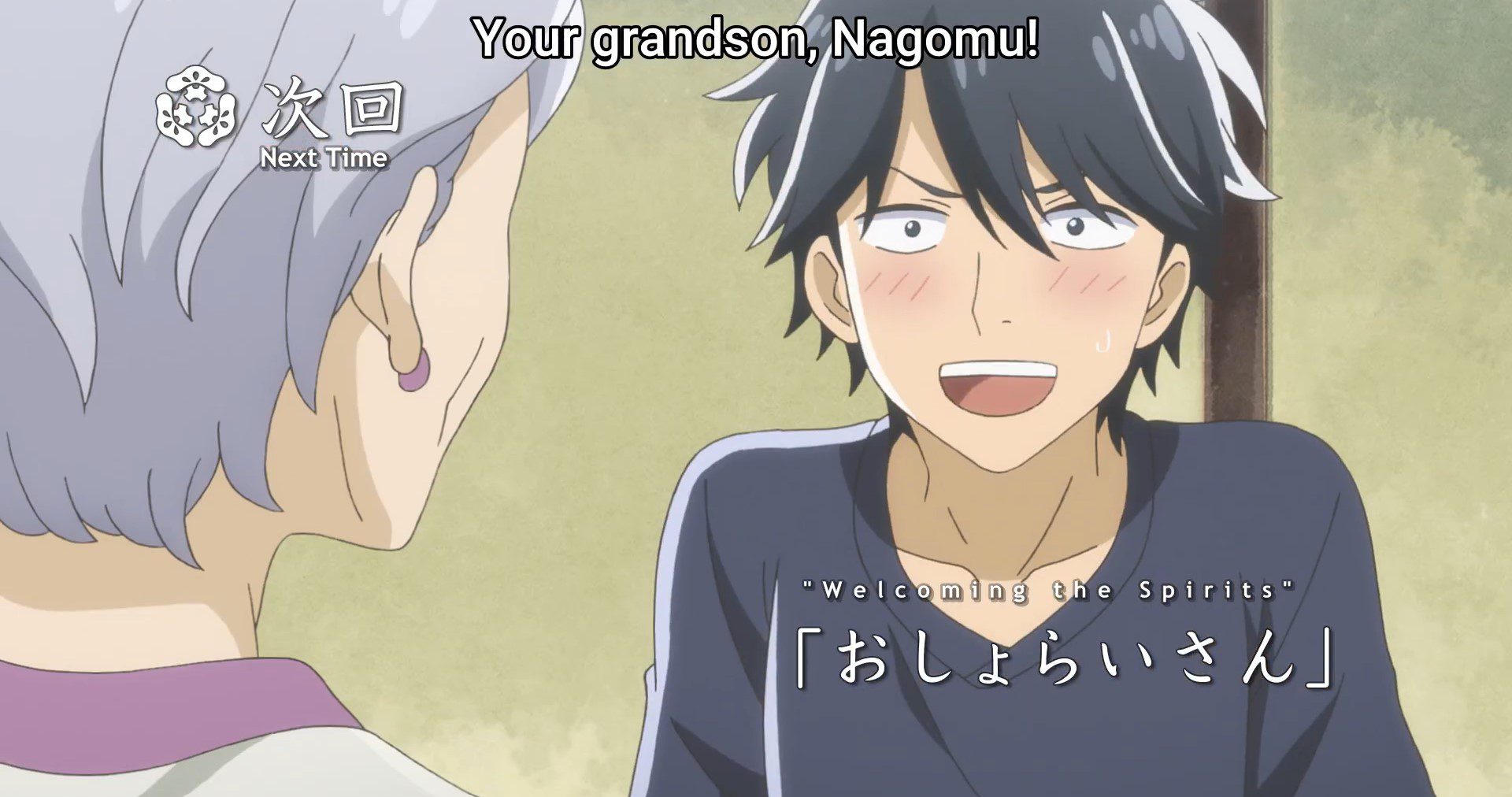 Where to watch the fifth episode of Deaimon?

The Japanese fans can watch the anime on the 4th of May on AT-X and other networks. International fans can watch Episode 5 of Deaimon on Crunchyroll as soon as the episode comes out.