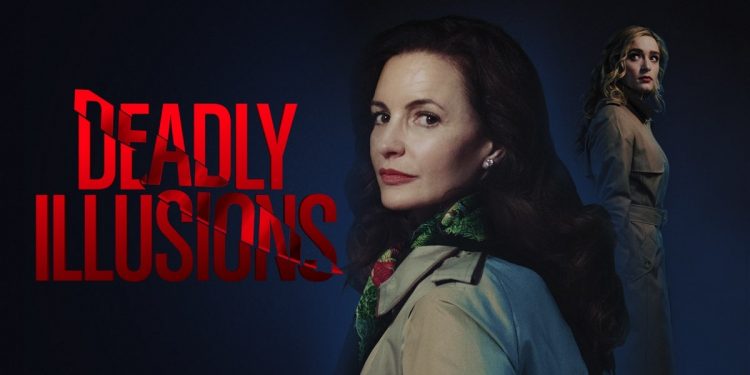 If are you are into psychological thrillers, then “Deadly Illusions” must have grabbed your attention. It was released on Netflix this year and people have quite some strong opinions about the movie. The first and foremost thing that people have said is that they were extremely confused by the ending of it. As the ending was so twisted, the movie might not have reached the heights that it was supposed to go. One watch won’t be enough to completely decode the whole movie. Usually, psychological thriller movies like Shutter Island, Fight Club, etc require a minimum of two watches to decode. In this article, you will find the Deadly Illusions Ending Explained.

Before we delve into the ending, we need to structure the plot, according to the clues we get. If we were to set up the story according to what has been revealed in the very end, the story would go something like this: Mary is a crime thriller writer who suffers from Delusional Disorder. She had tried to explain this throughout that whenever she gets delusion between reality and imaginary, she tries to write books. These have helped her to gain immense fame. Then she meets Grace. As later on, she finds out, Grace suffers from Bipolar Personality Disorder. She had faced a lot of childhood trauma, and that is her coping mechanism.

Now we will come to the crimes that are committed. The first crime that we find out is that Mary’s therapist Elaine is murdered. However, we did not know that it was her therapist at first. Mary does not realize that she could be the prime suspect for the murder, however, the police tell her so. There was a lot of evidence pointing it towards her. Her latest book was also a dead giveaway for the murder that occurred similarly as she wrote in the book. Next to this, we find Mary visiting Grace’s hometown, and she comes to know about Grace’s disorder. As she calls her husband, Tom to be careful, he does not pick up the call. Soon, she rushed to her house, to find out that Grace is switching her personality and had stabbed Tom. Mary hits her and makes her unconscious.

After a year, we find out that Grace is now in the mental hospital. Mary goes to visit her as she has completed her book. However, what shocked everyone in the ending of the Deadly Illusions is that the same woman who was seen in the video footage with Elaine is walking out of the hospital. Unfortunately, her face is covered, and we could not recognize who she is.

Now, we will get into the explanation of the ending of Deadly Illusions. The first question would be who was the woman? There are only two options, it could be either Mary or Grace. This is where our theories will come up. The first theory is that it was all Mary’s doing. As it was mentioned at the very beginning of the movie, Mary sometimes cannot differentiate between her imaginative state and her reality.

This could be the reason why sometimes Mary would be shocked to know about certain things. For example, when she gets to learn about Elaine’s murder. There could be a high chance that she had murdered her therapist, but she might have thought that it was in her imagination. However, she killed her in reality. We could also then consider Grace to be a figment of her imagination.

This brings us to the second theory, that everything could be just in Mary’s head or in her book. There is a high chance that this could be more fitting. If we were to think about it, one of the prominent clues to support this would be Grace’s sudden disappearance. If you look at the movie closely, you would find out that Grace would always mysteriously disappear right after a sexual encounter with Mary.

Another clue to support this is that Grace would keep on changing her conduct. Though she has BPD, but a second personality does not come out until it’s triggered. For Grace, even when she is not in a difficult situation she would sometimes act differently. Even if we let Grace’s clue go, consider Tom. Even He had sometimes behaved in an ambiguous way. It almost seems like a person is re-writing a scene to make it more fitting. It could be that we are going through Mary’s head while she is writing the book.

The last theory is that Grace was the killer. In the other two theories, there is no doubt that Mary is the killer. However, this last theory, which is a lot bit more twisted, is that Grace is the culprit. As we got to know that Grace has BPD, and her alter ego is Margaret. It could be that Margaret wanted Grace to be close to her and not lose it to anyone else. Perhaps the murderer was Margaret, who just did not want Grace to be close to Mary and Tom. She killed Elaine and framed Mary for it so that Mary could go to jail. Next, she seduced Tom to also murder him and get him out of her way. When Margaret comes to visit her in the mental hospital, Margaret gets revenge and she comes out free, with Grace close to her.

You can watch the Deadly Illusions movie, here.

Will Tengen Uzui Die in the Entertainment District Arc? The Fate of The Sound Hashira