The fans and viewers are waiting eagerly to watch DC’s Legends of Tomorrow Season 7 Episode 5 after the events of the previous episode. Furthermore, there were a lot of amazing action sequences in the recent episode that got the fans all hyped up to look forward to in this season. The show first arrived on 21st January 2016 and slowly started to progress in terms of viewership. However, the beginning did not go that well for the show as the critics gave the show average reviews.

Although, it began to gain popularity once the story progressed and new characters joined the series. Finally, the show has reached an amazing score of around ninety percent on the popular site Rotten Tomatoes. Furthermore, it has an audience score of over seventy percent on the site as well. The show has come a long way especially considering that it is a spin-off series with characters from the shows like “Arrow” and “The Flash”. In addition to that, the show is also a major part of the ‘Arrowverse’ which has several DC tv-shows in it that had crossovers with each other at some point.

Other than that, the show even introduced new characters from the DC comics and the viewers loved them as well. The show has taken inspiration from the team-ups and characters of DC comics. The popular American television producers and writers named Greg Berlanti, Marc Guggenheim, Andrew Kreisberg, and Phil Klemmer have jointly developed the show. Moreover, they are also the executive producers of the show along with Chris Fedak, Sarah Schechter, and Keto Shimizu. The seventh season has got the viewers hooked and now they are awaiting the release of DC’s Legends of Tomorrow Season 7 Episode 5. However, let us first take a recap of the previous episode. 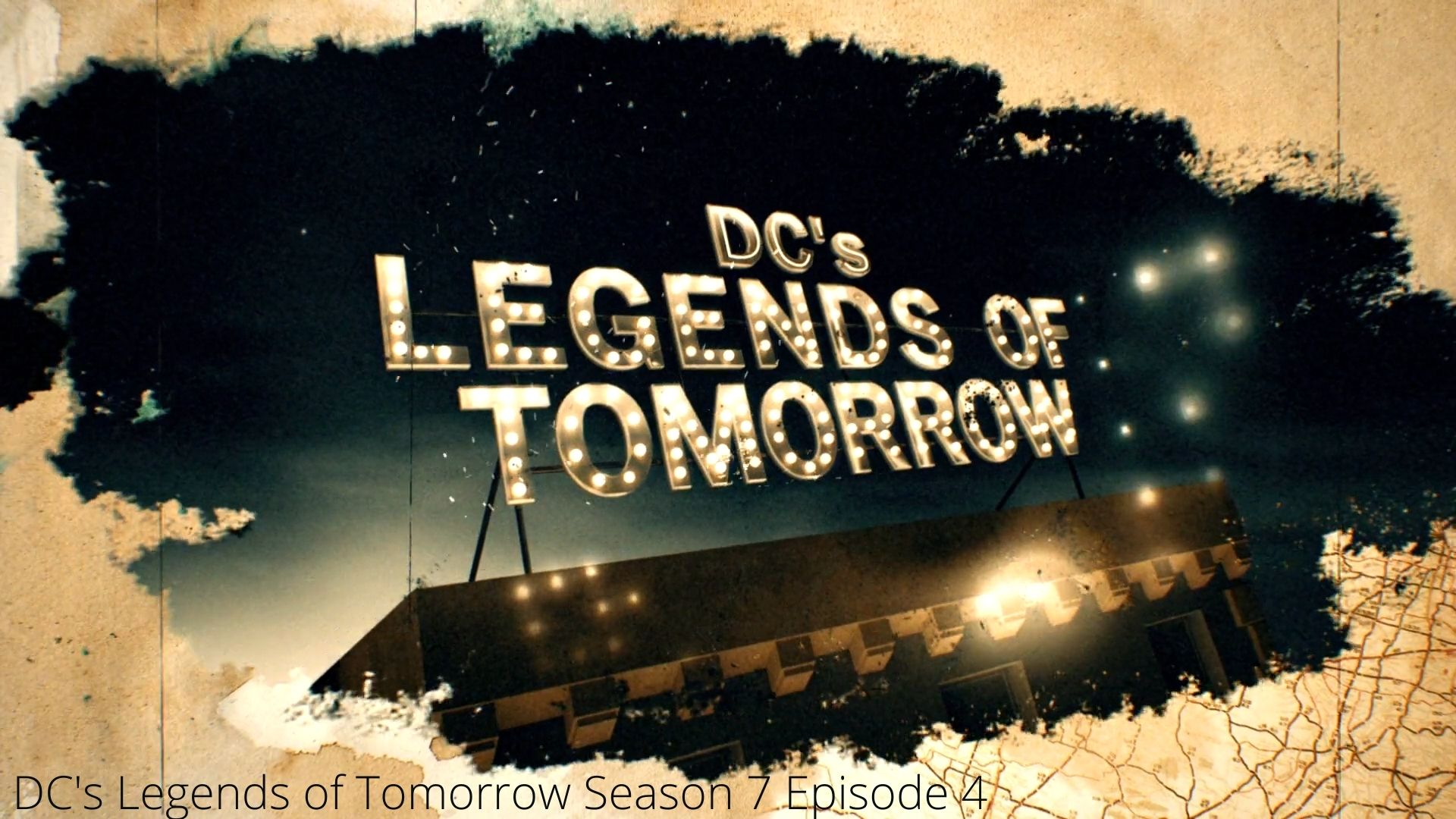 Episode 4 of DC’s Legends of Tomorrow Season 7 came out on 3rd November 2021. Furthermore, the episode was titled “Speakeasy Does It”. The episode began with the Legends trying to get to New York but on their way, they stop to leave Hoover’s car. Meanwhile, Sara and Ava decide to change their Bullet Blondes look by getting wigs. However, they run from their due to the cops and get into a speakeasy club. Sara makes a deal with the owner Eddie to get him good liquor in return for 20% of the business and they stay in his storeroom.

However, a mobster named Ross Bottoni takes away the club from Eddie because he did business with someone else. So Zari decides to help Eddie make some money by organizing an event at her phantom house. She later comes up with the idea to put out the word that the Bullet Blondes will give a performance so a lot of people arrive at the party. On the other hand, we see Gideon, Spooner, and Astra join a woman named Maude who helps them on a train. She asks the three to join her at an event that is coincidently taking place at Bottoni’s place who is her boyfriend.

They join her at the event where she is about to perform but Astra sees what kind of a man is Bottoni. She asks Gideon about Maude’s future and decides to help her by convincing her to run away. Meanwhile, Gideon performs instead of Maude to keep Bottoni distracted. Then later Spooner increases Bottoni’s fear of spiders and makes him run away. Whereas, the legends capture Hoover’s robot at the phantom house during the performance of the Bullet Blondes. Spooner, Astra, and Gideon learn that the legends are in the town so they run in order to find them. But they find Zari’s phone thinking that the Legends are no more there. Whereas, at the end of the episode Gary runs away with the key to the phantom house which is quite strange.

Also Read: DC Peacemaker – Everything We know About Him

DC’s Legends of Tomorrow Season 7 Episode 5: When Will It Release & What To Expect?

The previous episode was another bang-on episode that pumped up the excitement of the fans and now they want to watch the next one. “DC’s Legends of Tomorrow Season 7 Episode 5 will release on 10th November 2021 on The CW at 8 pm ET.” Furthermore, the episode will be titled “It’s a Mad, Mad, Mad, Mad Scientist”. The upcoming episode will take up the thrill to another level. We will see the actor Matt Ryan return to the show. However, he won’t be playing the role of John Constantine this time. Moreover, the Legends will learn that someone is trying to kill them. Therefore stay tuned for the episode coming next Wednesday.

The ongoing season of the superhero series has been going strong and has got the fans hooked. This has got the viewers wanting to know where to watch DC’s Legends of Tomorrow Season 7? We have quite an easy answer to that question. “DC’s Legends of Tomorrow Season 7 airs every Wednesday on The CW at 8 pm ET.” Furthermore, the viewers can stream the show on Youtube TV. Moreover, Season 7 is also available on Amazon Prime Video. So go ahead and stream the show as per the choice of your service.

When Does Luffy Beat Doflamingo? Battle of Two Conquerors

Countdown star Rachel Riley is pregnant and looks healthy as she poses in a sports bra to show off her...

What is Yoo Chun Brother Marijuana Scandal? All To Know

The World’s Finest Assassin Gets Reincarnated in Another World as an Aristocrat Episode 9: Preview, Release Date & Where To Watch?