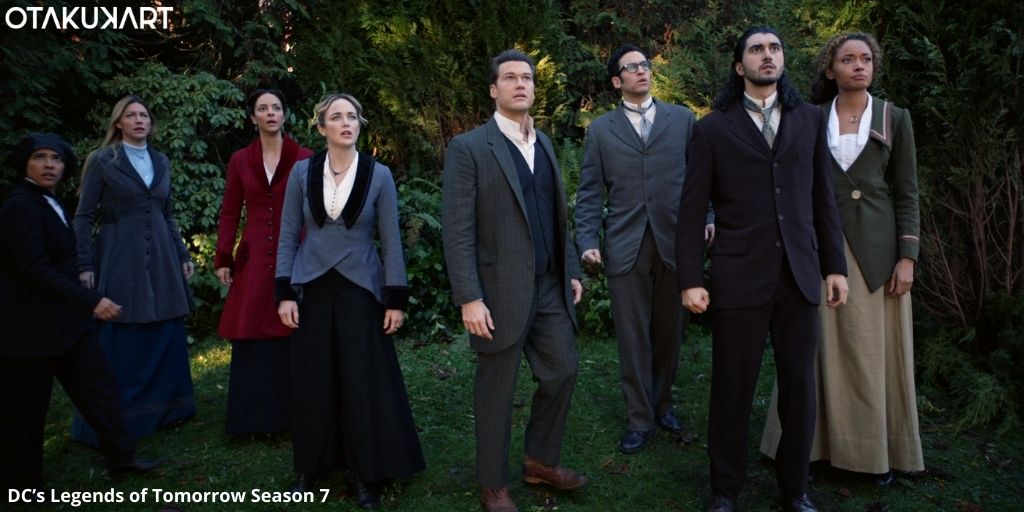 The struggle of our time-heroes might finally be reaching towards the big fight in DC’s Legends of Tomorrow Season 7 Episode 11. Meanwhile, the previous episode saw the Legends trying to take a big risk when they decided to stop World War 1. However, this was all in order to lure in the evil Gideon and her robot army of the Legends lookalikes. Whereas, Ava decided to stay with Gwyn to help him figure out a failproof plan for saving Alun without breaking time.

On the other hand, the Legends came across the ‘fixed point’ in time that they had never heard about. In addition to that, the fixed point had a secret pub that was full of time travelers that would come and wait for their turn to stop World War 1, while others watched them fail. So it clearly was not as easy to do as the Legends have thought it to be.

Meanwhile, in a shocking turn of events, Sarah and the team figured out that there was someone who was killing the time travelers during their attempt to stop World War 1. But the major question was, how did no one see him before? As the show continues to be successful, the viewers are very much excited to watch DC’s Legends of Tomorrow Season 7 Episode 11. But before we move further to discuss that, let us take a look at what all went down in the previous episode.

Episode 10 of DC’s Legends of Tomorrow Season 7 titled “The Fixed Point”, came out on 26th January 2022. The episode began with Gideon explaining to the team about the ‘fixed point’, which is a crucial part of the time that shouldn’t be ever messed with, and therefore no time traveler is allowed near it. She also explained that their motive was not to prevent World War 1 from happening but to stop it for a while until Evil Gideon detects the aberration and sends her robot army to restore fixed point while the Legends take back their time-ship. Soon, they made some plans on how to stop the assassination of Archduke Franz Ferdinand, which is the root of the start of World War 1. The plan included the Legends killing the three assassins of the Black Hand sent to assassinate Franz.

However, before Sarah and Nate could poison the drinks of the assassins, an old man stopped them and asked them to follow him through a mirror that took them to a secret pub-like place in the fixed point he created. It was full of time travelers who come and try to prevent the assassination. Eventually, Sarah and the team had to follow their rules and wait for their ticket number to get a shot at preventing the assassination. But Sarah miserably failed the first time but died die and came back. Although, Nate and the others supported her and she kept on going and made progress as she got to the third assassin where no one had reached. It still wasn’t enough as she still failed. However, she realized there was something off and they looked at the film of other time travelers’ attempts.

Turns out there was a man present every time and Spooner seemed to have seen him at the pub too for a second. After realizing that the man could stop time, Gideon decided to build an anti-time manipulator so Sarah wouldn’t be affected when he stops time. During her final attempt, she stopped the assassin but time stopped as the man appeared. It was the evil speedster, Eobard Thawne. Turns out the time wraiths recruited him to protect the fixed point. But Sarah and Thawne made a deal that would give the Legends a 40-minute window after the assassination of Franz was prevented. In the end, we saw, Thawne finally starting time again and history started changing as the assassination didn’t happen. Eventually, Waverider arrived and the Legends were ready to take back their ship from Evil Gideon.

“DC’s Legends of Tomorrow Season 7 Episode 11 will release on 2nd February 2022 at 8 pm ET on The CW.” While the episode will be titled “Rage Against The Machines”. The episode will see the Legends facing their worst nightmare, that is, facing their own robotic selves. Whereas, the biggest part will be to take back their ship from Evil Gideon.

Also Read: Naomi Season 1 Episode 4: Is Naomi From Another Planet?