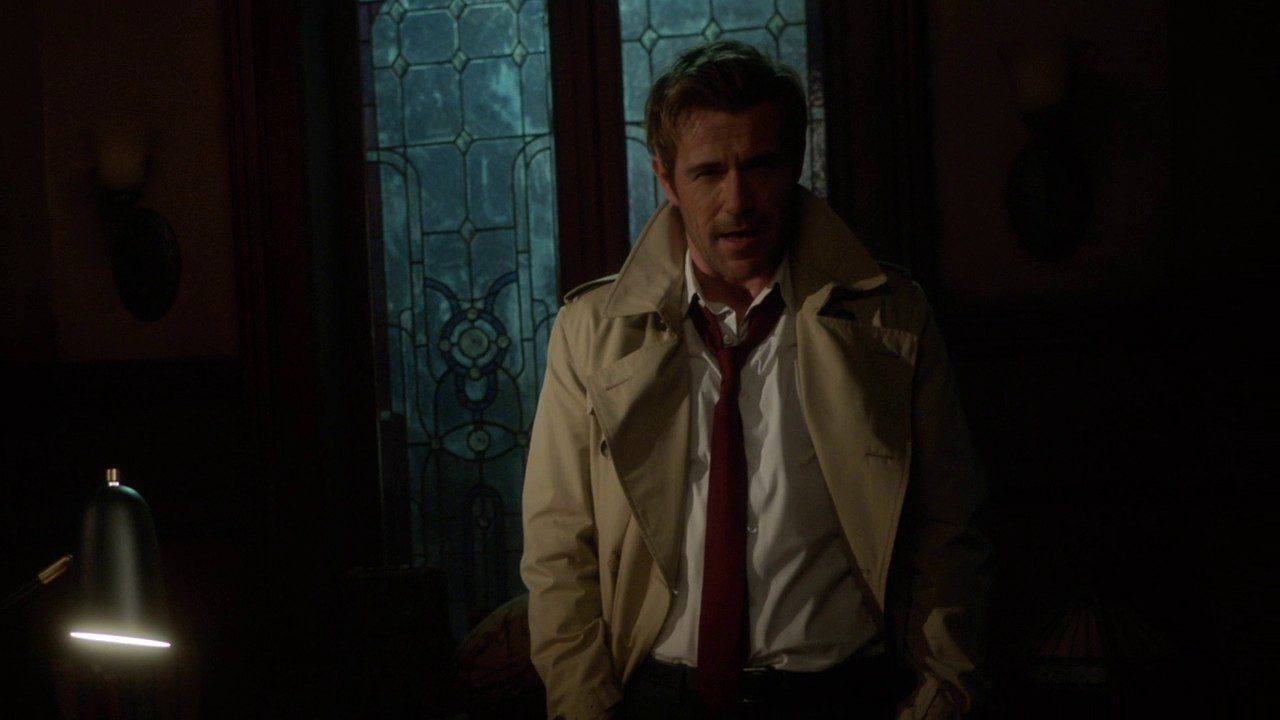 DC’s Legends of Tomorrow Season 6 Episode 14 sees Legends using desperate measures. Even if they have to bait someone of their own. Also one of the characters is finally getting closure of her past that may answer some of her questions. The last time we were on DC’s Legends Of Tomorrow we had an unexpected guest intruding Sara’s home. Turns out it’s Bishop but this time with some new motives. When Sara realizes he is here for the family, she avoids believing them and the way Bishop can get into her head scares her.

So, Ava volunteers to interrogate Bishop and get everything the group needs from him. Meanwhile, Zari, Astra, and Spooner worked towards helping John who has been drugging himself. Astra believes the water he is taking might sooner or later kill him. This leads Zari to ask a big question to John that may see him losing her or the water. As John tries to cope up, back at Gideon, Bishop sets himself free. The group believes he is here to attack Rory and his babies, but his goals are set somewhere else. Where? Let’s find out.

Previously on DC’s Legends Of Tomorrow, we opened up with Bishop’s unexpected return. So Ava starts working towards him and builds a connection when Bishop helps Rory with his pregnancy. That’s the first step according to Ava and Bishop also offers to help John but Ava believes he is fine. Meanwhile Zari figures out what went wrong with Constantine at the fountain.

Zari recruits Astra but she advises Spooner would be a bigger help. Especially since she was there when John drank the fountain water. But when Spooner tries to reminisce what happened, it seems like her memory was blank. So, John might have cast a spell on her. Astra casting spell on Spooner results in the group finding John has been drugging himself with something and they need to find out what. John suffers at home as he faces his own hallucinations talking to him time and again.

Bishop offers Ava to teach her to dance as they continue to connect. But the emotional talks get in Ava’s mind. She really starts believing Bishop is just lonely and wants a family. Zari pays a visit to sick John and manages to grab their hands on the bottle from his pocket. John confronts Zari after she knows the truth about it. In turn, she asks him to choose between her and that. John promises to lock himself in until everything in that bottle is out of his body. Zari urges to join him for it.

When Ava and Sara and connect and look at the choices Sara and Bishop made for the wedding. Ava realizes he is just like Sara and chose the same things she likes. She scans him and realizes the 6% of him is Sara. But by that time Bishop manages to escape. Sara believes he is after Rory and tries to stop him but fails. Only to realize he was there to help Rory to deliver the babies.

The group believes Bishop has helped them. Only to later realize while in a room with Rory, he stole his comms. With the help of the same, Bishop begins manipulating a troubled John at his home.

DC’s Legends of Tomorrow Season 6 Episode 14 is titled, “There Will Be Brood”. The official synopsis of the episode says we will Astra and Spooner find out that Constantine is again chasing the Fountain of Imperium. This leads them to follow him to 1920s Texas. The Legends find themselves stranded and decide to use Rory as bait to someone he once loves. At the same time, Spooner starts picking about her past that leaves her in question.