DC’s Legends of Tomorrow Season 6 Episode 13 will mark the return of the legends to their home planet earth. But they have returned with a lot of problems on their back and each needs its own separate attention. Recently on the show, Constantine has constantly found himself in trouble with his magic powers. His abuse of power led everyone in danger recently when they decided to play a game to pass time on the journey to earth. In a role-playing game, he turned real got more real when everyone really started dying. Throughout this, Zari noticed something wrong with John and she hopes to help him.

Apart from Constantine, there is Mick who unexpectedly came across Kayla while everyone was stuck inside the game. It seems like the pain upon he met her will continue on for the coming episodes. We wonder what’s next for him. Lastly, the wedding plans for Sara and Ava continue. Of course, there have been a lot of bumps lately. Right from the space bowling to an eighteenth-century game now but the couple has stayed strong and we are slowly coming close to the finale as well as their wedding. So let’s break down everything happening lately on the show.

Previously on DC’s Legends of Tomorrow, we opened up with our group returning home after space bowling. But they are taking the traditional way by traveling through space. The Gideon may take three weeks to return to earth and during that, they need to make sure they save most of the energy and avoid unnecessary consumption. So everyone works out their own ways to pass the time. Sara and Ava spend it by planning their wedding while Tarazi and John Constantine, who now seems possessed are busy trying to be a better yoga teacher. With fights ensuing Sara suggests playing a game that can bring everyone together. 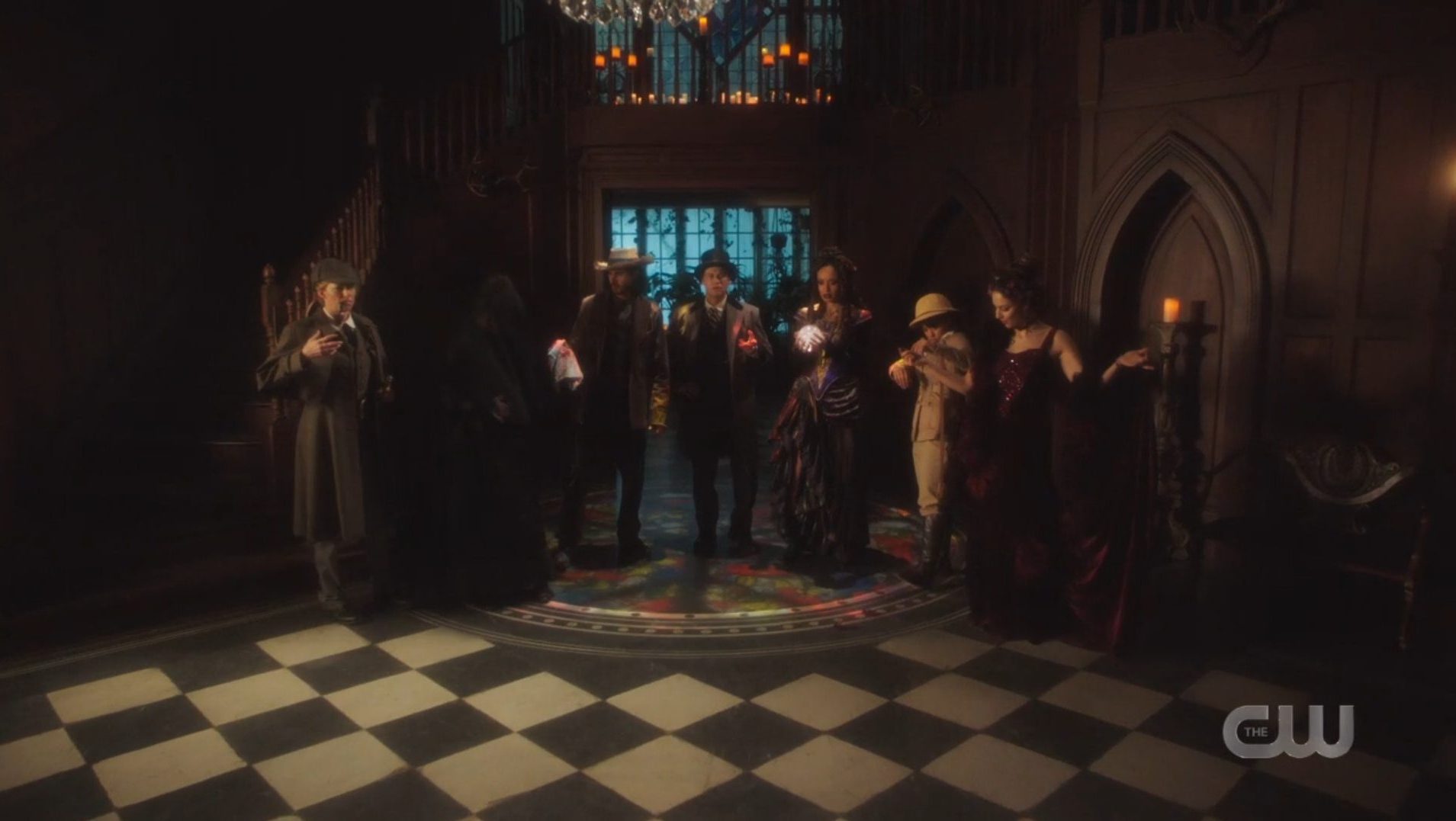 So Gary’s initially rejected Beast Slayers is brought in for everyone to play. The game sees everyone picking up a character card and also the card that suggests if they are human or beast. The gist is to catch the beast or it will continue its killing spree. When John Constantine finds the card game a little boring, he decides to use his magic to turn everything real and create the game’s plot, location, and everything related to it really. Only leaving Gary behind.

While everyone is busy inside the game, Gary and Mick meet an uninvited guest on the ship in the form of Kayla. Back in the game, Ava, the detective becomes the first victim of the beast. So the game of accusation begins here. Nate gets stabbed and it is quite different from Ava’s death who only lost her voice. Now it seems like the game is literally becoming real. So the longer they go on, the more it will become real. Even Ava’s body is found soon. Sara becomes the next victim of Beast. The cards go blank, now the question remains who is the beast with one card saying “you will all die.” 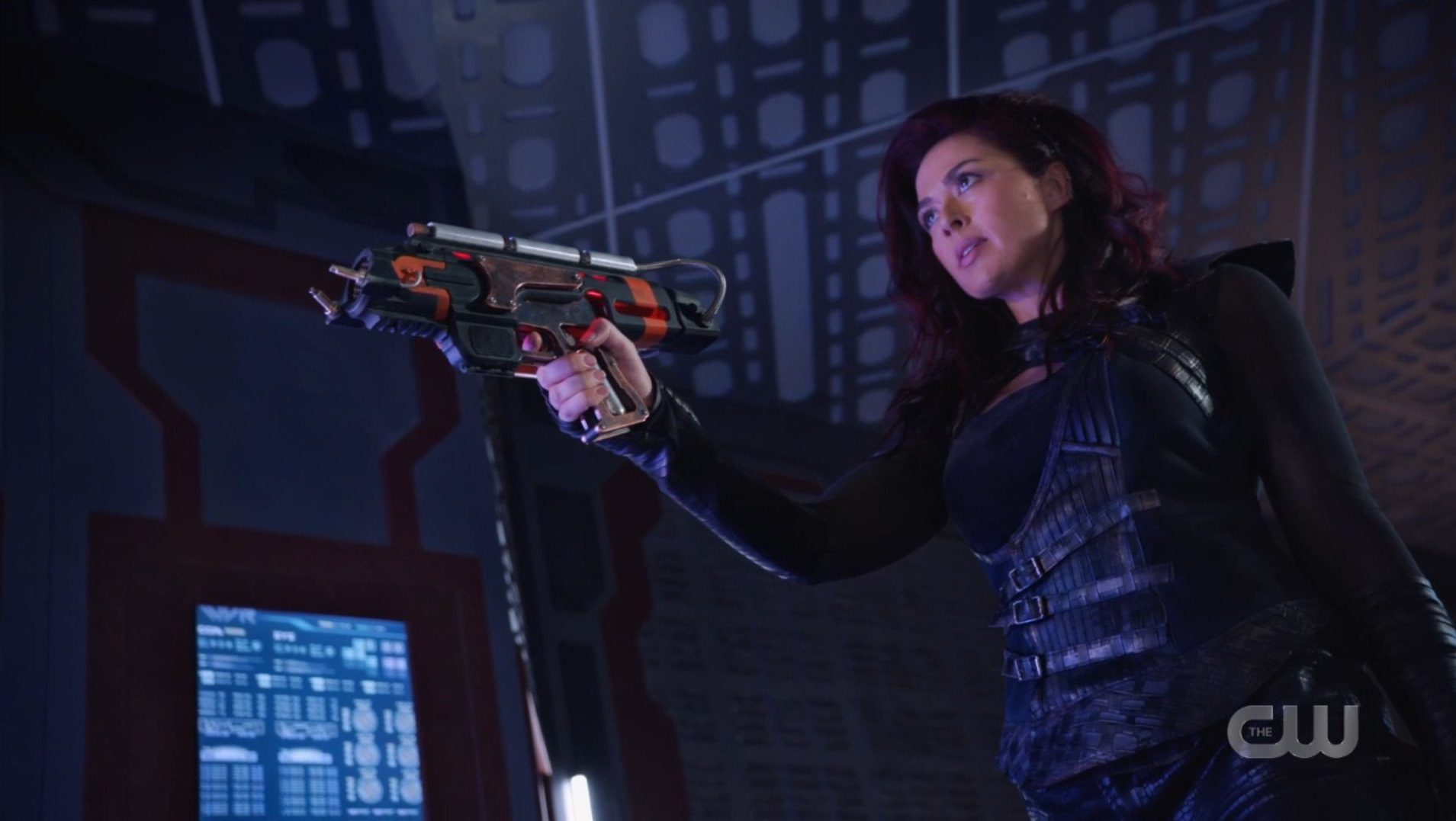 Gary and Mick find themselves busy helping an injured Kayla. By helping her she deals to help them fix the ship’s jump drive. At the same time, they also try to keep a secret from Kayla. Astra uses her character’s soothsayer powers to figure out the beast. Things are still shady though and the group tries to look for the beast. Constantine and Tarzi fight over abusing of powers while Kayla plays her moves over Gary and Mick. Back in the game, it’s Constantine’s dark self that is the beast and he reveals himself. The game ended up with Zari making it in time to rescue John. They come out of the game and find themselves home in no time.

DC’s Legends of Tomorrow Season 6 Episode 13 is titled, “Silence of the Sonograms”. The official synopsis teases a bigger threat as the legends are on high alert. Ava will be interrogating while Mick is struggling with heavy pain. Probably something to do with after meeting Kayla. Gary will be there to help him ease the pain. It seems like there is something really wrong with Constantine. We have been watching it for the past few episodes and now Zari, Astra, and Spooner have taken the charge to figure it out.