Davina McCall Net Worth: How Rich is The TV Personality? 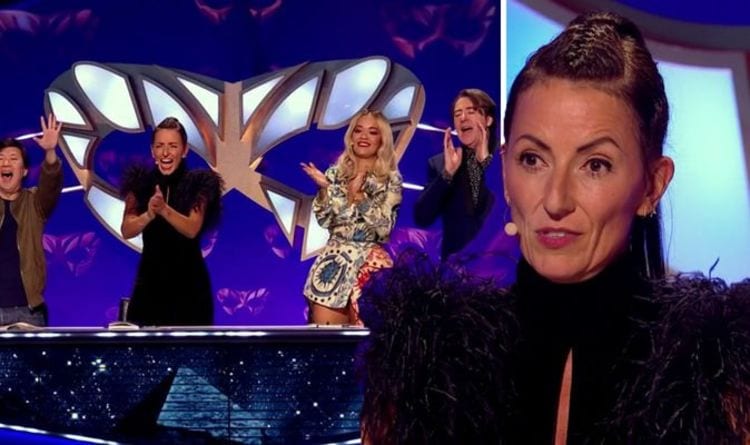 Today’s article is Davina McCall Net Worth and Early Life. This English television presenter has made a million-dollar fortune for herself by working hard incessantly for the last 30 years. She has led a great life, experienced and overcame several situations to get where she is today. Davina McCall’s story is inspiring because she is a self-made woman who has dedicated her entire life to the television industry.

Over the last few years, our world has seen a massive Internet boom. This has also significantly impacted our lives in terms of the influence that popular culture holds over us. It seems as though the world has suddenly become a much smaller place to live in as the Internet has brought people closer. Moreover, it has reduced the gap between people of different classes by bridging the distance between celebrities and their fans. Every update and information about our favorite stars are at the very top of our news feed now. Recently, Davina McCall made the news for a now-deleted social media post where she called a Princess Diana statue ‘stiff’.

Today’s article is somewhat similar as we talk about an English television presenter and self-made millionaire – Davina McCall. Read on to find out more about Davina McCall NetWorth and Early Life. Below, you will find Everything You Need To Know About Davina McCall.

Who Is Davina McCall?

Davina McCall’s full name is Davina Lucy Pascale McCall. She was born on October 16, 1967, in London, England. McCall is a television personality and presenter. Her most famous gig as a presenter was that for Big Brother for 10 years between 2000 and 2010. She has also hosted other extremely popular shows like Streetmate, The Million Pound Drop, Long Lost Family, Fortune, and The Jump for several seasons and years. At present, McCall is the judge of the music competition called The Masked Singer. She also judged its spin-off called The Masked Dancer.

Davina McCall was born to a French mother and an English father. However, she was mostly brought up by her grandparents in Surrey after her parents broke up. In fact, McCall’s mother was mostly absent from her childhood. She moved back to Paris after the divorce, and McCall would only see her during holidays.

Quite interestingly, McCall didn’t start her career as a television presenter. In fact, she was a singer in her early days. She performed in her school band – they called themselves ‘Lazy Bear’. At around 19 years of age, McCall decided that she wanted to pursue a career as a solo classical musician. She even underwent classical vocal music coaching for a while.

Before she finally became a television presenter, Davina undertook several jobs to sustain herself. She worked as a booker for a modeling agency. In fact, as a young woman, she also ran a restaurant for a while. Davina has also worked as a cabaret performer in Paris. The first time she was a hostess, it was for a nightclub in London. During this time, she worked part-time as a dancer too and appeared in several videos. In 1992, McCall landed her first presenter job for MTV Europe’s Most Wanted.

After several hardships and struggles in life, McCall has finally made a huge name for herself. As of June 2021, 2.83 million British pounds. That figure is close to $4 million. Almost the entirety of Davina McCall’s status as a millionaire comes from her earnings as a television presenter. After her career finally took off when she was 30 years old, she has been unstoppable. It has taken her more than 20 years to amass this wealth.

When it comes to Davina McCall‘s personal life, she was married to Matthew Robertson. He is also a presenter for Pet Rescue. The couple also has three children together – two daughters and one son. Prior to her relationship with Robertson, McCall was married to Andrew Leggett in 1997.

Before she was married, Davina McCall was in a relationship with Eric Clapton. It was Clapton who helped her get through her drug problem in her 20s. She later also gave up smoking completely by the time she was 24 years old.

You can look forward to an upcoming commentary called Davina McCall: Sex, Myths, and the Menopause that McCall will be presenting in 2021. Davina McCall has also released several fitness videos between 2004 and 2017.

Also Read: Who Is Terrance Hayes Dating? Is He Dating Padma Lakshmi?

Will There Be Young Royals Season 2?

Who Is Lily-Rose Depp Dating, Is She Back With Timothée Chalamet?