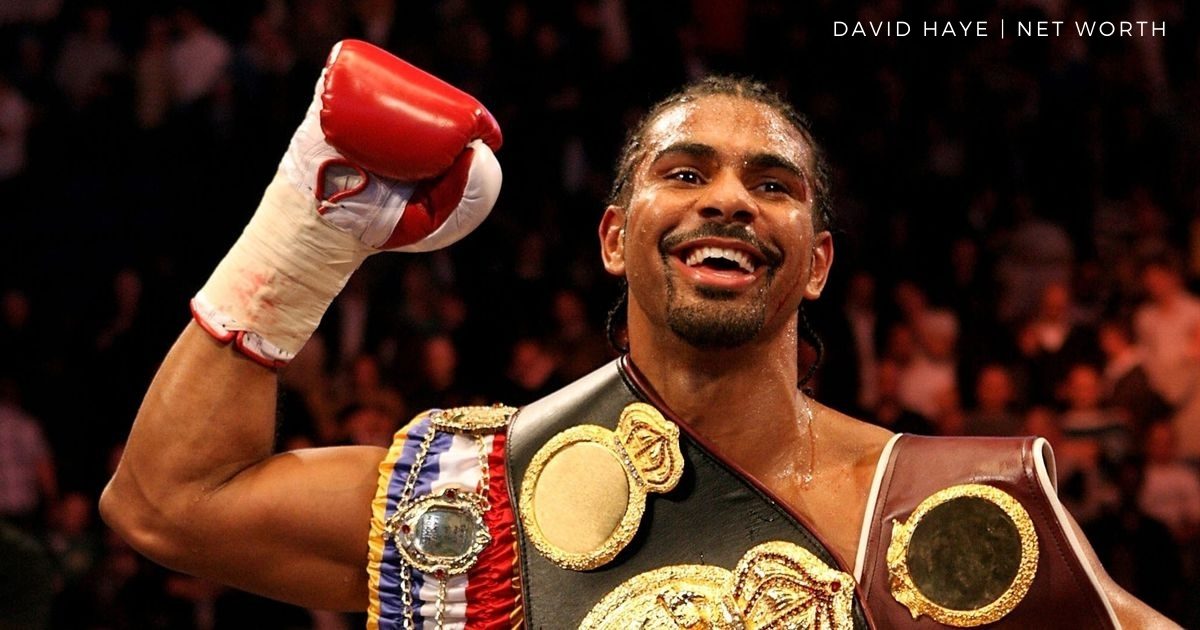 When the talk is about Great Britain and Professional Boxing, only one name stands out, which is David Haye. David Deron Haye, also known as The Hayemaker, is a retired English Professional Boxer born on 13th October 1980. The 40-year-old former world heavyweight champion was a complete dominant force for 16 Years in the Professional ring from 2002 to 2018. Having fought 32 fights in his professional Boxing Career while winning most of them(28/32), no wonder he has created a fortune out of it. In 2001, he became the first-ever British boxer to reach the finals of the World Amateur Boxing Championship. He won a silver medal as he lost to Odlanier Solis from Cuba in the heavyweight category.

In 2002, David Haye came into the limelight when he fought his first-ever Professional Boxing Match against Tony Booth and won it with ease as the fight was over by the 2nd round through corner retirement. In 2003, he won 7 fights, all by Knockouts! The most famous of them is the fight against Lolenga Mock, in which he had to come out of the ring to defeat him literally! That was just the start of David Haye’s Legacy. In 2003, no one believed that this British Boxer would become a Hall of Famer one day. 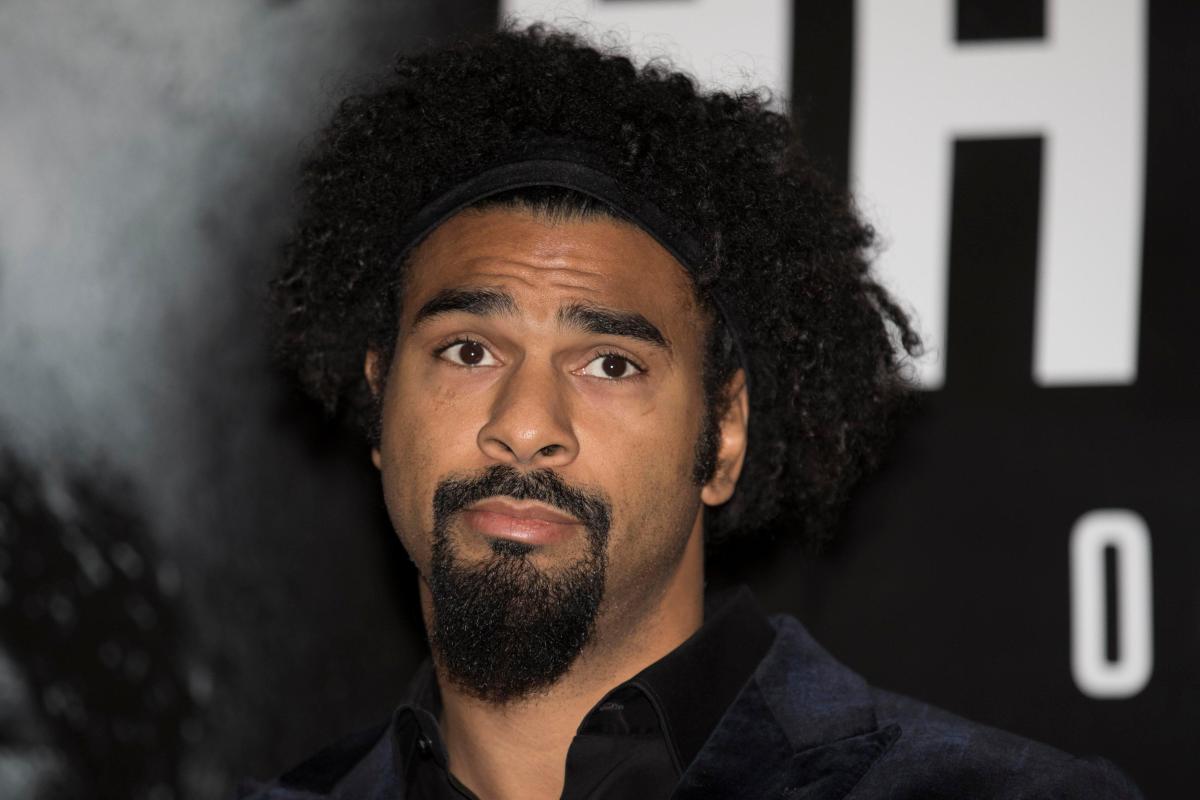 The Legendary English Boxer was born in the Bermondsey area of London. He was born to a white English mother and a black Jamaican father. David grew up in Bermondsey for most of his childhood and attended Bacon’s College in Rotherhithe. When he was just 18, he competed in the light-heavyweight division at the 1999 World Amateur Boxing Championships in Houston, Texas. He knocked out Courtney Fry, who was the ABA light heavyweight champion back then. But unfortunately, he missed out on his chance to compete in the Sydney Olympics after a controversial defeat. He was defeated by Michael Simms in the qualifier rounds.

But as we say, failure is the stepping stone to success, it was just the start of his legacy. 2 years later, he competed in the heavyweight division of the World Championship, where he defeated Sebastian Kober to reach the finals. David eventually lost to Odlanier Solis in the finals to settle for the silver medal. In 2002, he turned Pro, where he fought star boxers like Tony Booth, Lolenga Mock, Greg Scott Briggs, Vance Winn, Phil Day, and Roger Bowden. Believe it or not, he won all the fights by Knockout!! That was the time when the Boxing universe slowly realized his potential. 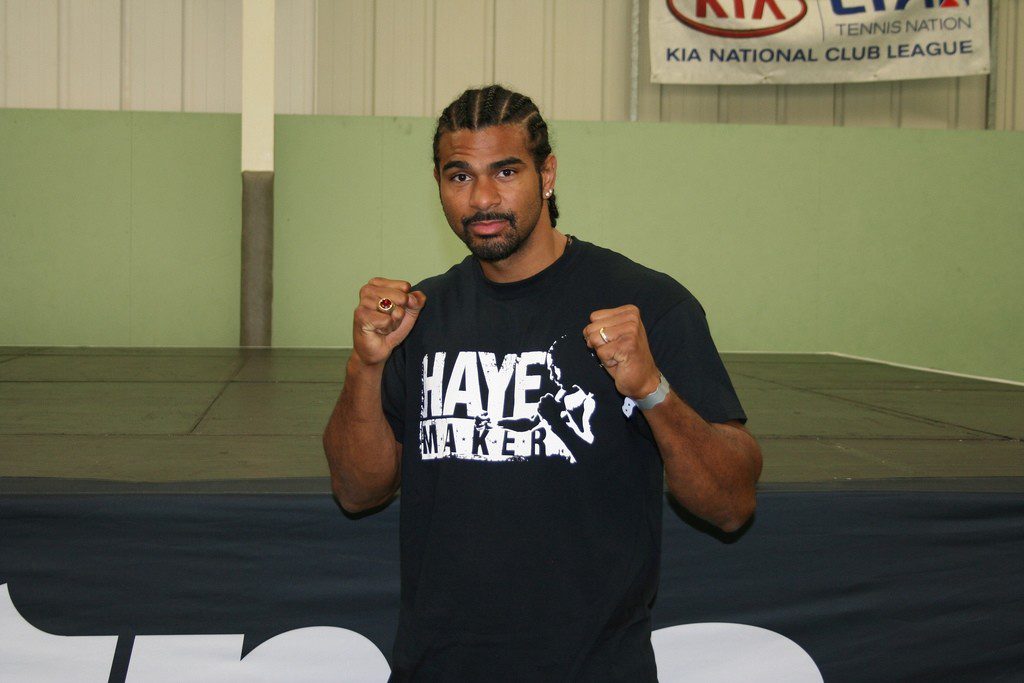 David Haye’s nickname was “The Hayemaker”

The English Boxer’s source of wealth comes from being a highly successful Boxer. David Haye currently has an estimated net worth of $25 million. That much Net Worth is huge for a Boxer apart from the likes of Floyd Mayweather. If compared with the other Boxers of his time, he clearly wins the race. “The Hayemaker” made a fortune out of Boxing as he created his own Boxing Firm. It is known as the Hayemaker Promotions. It was made to encourage and empower young boxers so that they can achieve their dream. Haye made a huge profit through it. He not only made his wealth from his boxing career but also from pay-per-view bouts. This signifies his Marketing skills.

In 2003, David won his first professional cruiserweight title after defeating Tony Dowling. He successfully defended his title against experienced boxers like Arthur Williams and Hastings Rasani in the same year. David Haye, later on, competed for the IBO Cruiserweight title against Carl Thompson in 2004. Unfortunately, he was completely knocked out by Carl Thompson, due to which he lost his title. The Legendary boxer did not lose hope just yet. His determination was far stronger than his own abilities. He won his next four professional fights against Glen Kelly, Valeri Semiskur, and Vincenzo Rossitto. In 2005. he won the European cruiserweight title after defeating Alexander Gurov with a knockout.

In 2007, David Haye defeated Jean-Marc Mormeck from France. After that, he was able to unify the WBA, WBC, The Ring, and Lineal cruiserweight titles. In 2008, he made his final cruiserweight appearance. There he defeated Enzo Maccarinelli to win the WBO cruiserweight and equally retain his other titles. Later on that year, the Hayemaker joined the heavyweight division and defeated Monte Barret. He won his first WBA heavyweight title in 2009 and successfully defended his title for the next 2 years. He participated in The Ring, WBO, IBO titles but lost due to unanimous decisions. But in 2012, he went on to defeat Dereck Chisora to win the WBA and WBO Intercontinental heavyweight titles. Till 2015, David Haye was at his peak. Later on, he had to retire after sustaining spinal and head injuries. 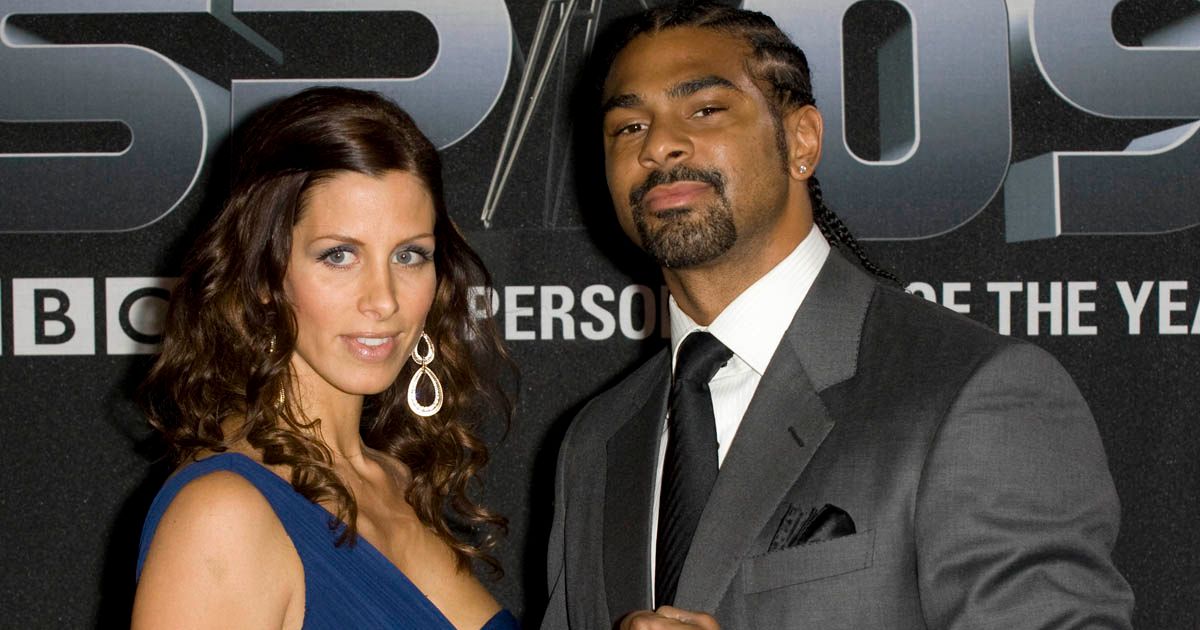 David Haye was married to Natasha Haye from 2008 till 2016. Natasha Haye filed a Divorce in 2016. The couple’s child was given the name Cassius Clay. The child is named after another legendary boxer, Muhammad Ali. They have a daughter named Sienna. This marriage was forced to end in divorce after suspicions claimed that David had an affair with Amie Buck.

It has been reported that the British Boxing Legend is set to come out of retirement in a comeback fight against Joe Fournier. Joe Fournier is mainly known for being a British Business Tycoon. Not much is known about his Boxing career, but the records say that he has 9 matches with a 100% winning record. And he will return in an eight-round bout after 5 years against Former heavyweight champion David Haye on September 11 in a professional bout, not an exhibition. It’s hard to understand that it is a clash of ego or just for fun because they were supposed to be good friends.