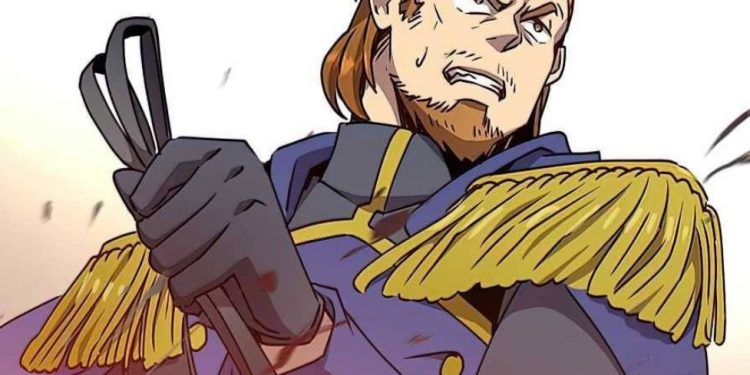 The Max-Level Hero Has Returned Chapter 72 reveals the aftermath of Cleo vs. Davey. That has caused another battle since the soldiers are sent out to capture Cleo and Lington. Bellous and his army arrive at the mountains and begins to punish their enemies. Bellou’s men notice that they have been outnumbered and decide to retreat. On their way, one of them reminds Bellous that the enemies will catch them. The Max-Level-Hero Has Returned the war between the Prince from various territories. From The Max Level-Hero-Has Returned’s latest chapter, the bandits chase the Bellous army.

Bellous learns that there are assassins in the group of the bandits, and they are after his head. He notices that they don’t get tired of chasing them. Bellous saw something in the mountains and decided to go there. In the forest, Davey is chasing the monsters away from the village. Persek tells him not to overuse his mana. She is worried that it might affect his brain since no human has ver controlled tremendous powers alone. Perserk reminds him about his face, and Davey tells her that he will be okay.

Davey believes that he cannot die since he survived the 9th circle, and what he is facing is far better than the 9th circle. Something jumps inside his spell, and Davey feels that mana consumption is good, but it makes his brain get tired. Davey begins to feel dizzy and wonders if he should leave the spell and rest, then he will continue later. But he saw something and the ground and wondered what was happening. Davey looks closely and finds that it is a carriage. Persek reveals that it is the crest of the royal family.

Previously on The Max-Level-Hero Has Returned Chapter 71

The two notice that something is off, and Davey thinks about the Empire. Davey wonders if he should help, and Persek thinks he should leave it since the enemies might be powerful and are after the royal family. She doesn’t want Davey to get involved with influential people. But Davey refuses to listen to Persek and flies towards the scene. A green-haired lady looked by the window and saw a warrior coming toward her. Davey falls for that lady and feels that his mind is refreshed. The lady also feels the same, but Davey uses her magic to block the assassin chasing the lady.

Persek wonders what Davey is doing, and he opens the ground, and the assassins fall inside the hole. Davey tells Persek that his hands slipped, and that happened. Persek gets angry and pushes Davey away. The warrior with the green-haired lady calls her the princess and tells her that they are safe. One of them reveals that they crossed the border, and Knights from the Empire is on their way to get them. Ballous notices that he can’t see Hallows, Luksa, and Hivena. The princess apologizes for the trouble that she causes them and that they risked their lives protecting her.

She revealed that she is mixed blood and took off her hat. They saw the ears of an animal on top of her head. The warriors tell that it doesn’t matter where she is mixed-blood or not since she is their princess, and nothing will change that. They vow to protect her, and Bellous apologizes that she has to face that. The princess tells them not to apologize since she wants to see any of them hurt protecting her. They talk about the Majesty, the Emperor.

The Max Level Hero Has Returned Chapter 72 will be released on 7 December 2021. Bellous swore on the name of the Sword Master of Imperial Family to protect the princess. The princess thanked them, and one of the soldiers asked Bellous about the lighting they saw. Bellous thinks that it might be a natural phenomenon. Let’s look at The Max Level Hero-Has Returned Chapter 72 official details.

You will be able to read The-Max-Level Hero-Has Returned Chapter 72 online on various websites. Bellous tells the warriors not to worry since everyone is alive, and that is what matters. The princess realizes that the man who saved them has black hair, and the moment she sees him, she begins to trust him. Davey falls asleep and thinks about the lady he saw. Let’s meet when The Max-Level Hero-Has Returned Chapter 72 is released.