Fans have been wondering when the comedy series Dave is coming back with season 3! 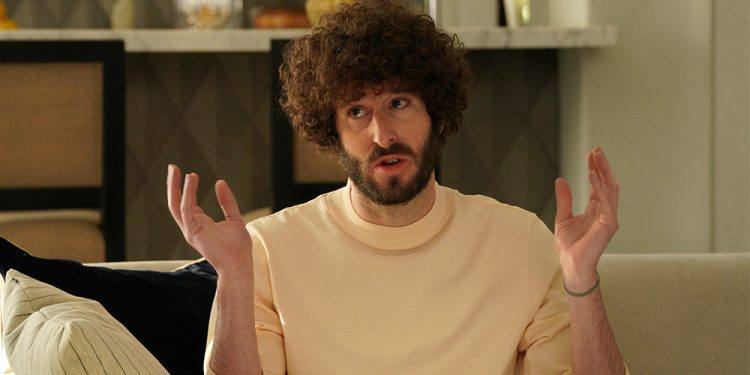 After two successful seasons, fans have been speculating the story and release date for Season 3 of Dave. On the show, Lil Dicky portrays a slightly fictitious version of himself, providing a behind-the-scenes look at how he is on his way to becoming one of today’s biggest rappers. Dave has convinced himself, but now, he must persuade his closest friends. With their help, he might persuade the entire globe! He vows to work hard and never give up on his ambition of becoming the next big celebrity which irritates but at the same time inspires his friends!

The show Dave is directed and created by Lil Dicky, whose actual name is Dave Burd and Jeff Schaffer. The producers of the show are Chris Smirnoff; Melanie Elin; Corey Omer. Dave mostly centers around Lil Dicky and his musical and personal life. The show also features a lot of known big celebrities and is the reason for the show’s popularity. Now, let’s dive into what we know so far about Season 3 of Dave.

There is no official announcement for season 3 as of now. However, the first episode of season 1 began broadcasting in March 2020. This was around the time of shutdowns in response to the COVID outbreak. Naturally, the shutdown slowed how quickly the creators could start working on a follow-up for the show. Season 2 began airing in June 2021. That is a 15-month gap between seasons. We can expect or speculate season 3 to arrive next year around August or September, based on the timeline.

As far as the casting for season 3 goes, we can expect the old cast to return. Dave Burd appears as a fictionalized version of himself on the show. Davionte Ganter appears as ‘GaTa’ on the show. He is Dave’s hype man and suffers from bipolar disorder. Some other cast members include Taylor Misiak, Andrew Santino, Travis Bennet, and Christine Ko.

The comedy series is very well known for its entertaining guest appearances. We can expect some crazy special guests and their appearances in the upcoming season. Previous seasons’ guest appearances included big celebrities like Justin Bieber, Kendall Jenner, Trippie Redd, Macklemore, and Lil Yachty. Lil Dicky mentioned how he has an endless list of people he wants to guest appear on the show, including Kanye West, but we will have to wait for season 3 for the confirmation of the same!

What Does Lil Dicky Say About Season 3?

The show ‘Dave’ averaged 4.8 million viewers, each episode across all platforms in April 2020. This made the show the network’s one of the most important shows. Lil Dicky, who is also one of the creators of the show, said he used to turn in every episode of the season on the deadline, like four days before it aired on television.

He mentioned how he lost his sense of self because of working too much, so season 3 was the last thing on his mind. However, while talking about what’s in stock for the third season, Lil Dicky said he feels like he is going to make the funniest season of television that anyone has ever seen! We are so excited to see what Dave has to offer with the upcoming season!

Season finale on Hulu now…I have so much more to say about how proud I am of this episode and this show and how much it really took to pull it all off, in a full on pandemic no less…and I will say more soon. pic.twitter.com/sFBCcxoiuq

Lil Dicky also said his latest record is still in the making, it has been so long, and he is sure his fans are annoyed at this point. For Lil Dicky, finding time to work on new music while balancing writing, acting, and directing the series has been one of the most difficult challenges. For now, he is looking forward to having more time to work on his album.

A Recap Of Season 1

Season 1 is all about Dave’s hustle and attempts to build a rap career. His insecurities and anxieties are highlighted along the process. Everything is shown in the series, from his white privileges in comparison to other rappers to his personal issues with his girlfriend, Ally. Dave’s best friend and hype man admits to having Bipolar Disorder in episode 5 of season 1. From here, the series proves that it can also take a serious leap into psychology even though it is a comedy show.

The main character is condemned throughout the first season 1 introducing and calling himself Dave rather than his stage name ‘Lil Dicky’. Dave breaks up with his girlfriend in Episode 9. He prioritizes his profession over his relationship with Ally. He then not only makes a reputation for himself in the hip-hop industry, but he also works hard to figure out who he is.

In the season finale, Dave gets a small number of followers, and in an attempt to make it big, he decides to release a controversial song where he mocks prison-based abuse. His peers strongly caution him against it, and after a lot of thinking, Dave agrees with them. He goes on rapping and playing live, blowing everyone away as ‘Lil Dicky’, finally figuring out who he is. The season ends with a self-aware reference to his identity as Radio Host Charlamagne asks him, “What’s your name?” before the season credits roll.

A Recap Of Season 2

The second season follows up four months after the events of the first. Dave is still broken up with Ally, though he’s only now seeing the impact she had on his creative process. The audience feels the same way about Ally’s return after a couple of episodes’ absence.

Despite being happily accommodated in a mansion in the Hollywood Hills provided by his company, Dave is struggling creatively. If he can’t make songs, his team, primarily his manager Mike and GaTa will be left at a loss. Lil Dicky attempts to make a video with real-life Korean rapper/pop singer CL for a song he hasn’t actually written to cater to fans of a genre he doesn’t actually listen to in the premiere.

The theme of the new season is white privilege. The show depicts how white privilege is crucial not only to Lil Dicky’s success but also to his capacity to have his comic image in the first place. The third episode takes things to a whole different level. It features the return of Dave’s friend and super-producer, Benny Blanco.

Dave is all set to release his first album. Festivals, tour dates, and a lot are included in album releases. There is also a lot of marketing that goes into album releases. Dave’s crew believes he has not been given enough attention by his label. GaTa starts feeling pushed aside by Dave and his mother. Mike is still attempting to make it big as a manager in the industry as Dave is seeing success now.

In the final episode, Dave’s VMA performance and his relationship with Mike, GaTa, and Elz are discussed. Dave needs to get along with Elz and GaTa, whose bond has been unstable throughout the season. GaTa believes Dave isn’t looking out for his best interests and is being ignorant, and Elz believes he’s just lazy. As the episode proceeds, Dave puts GaTa first and makes amends with him, and their friendship starts getting better. Elz sees improvement in Dave when he shows his commitments and promises. Dave comes through for GaTa after they have a falling out, and the season finale has a fantastic ending.

What Can The Fans Expect From Season 3?

The second season concludes with Dave releasing his album on the same day as Ariana Grande’s surprise album. His album is charted lower than it should have been. It results in him getting depressed. However, GaTa comes to the rescue! Rather than allowing him to wallow in his misery, he tries to persuade Dave of his true success: his songs are on the charts, and he has a performance at the VMAs soon. They start touring under the name ‘Dave’ after performing together at the VMAs.

The third season will likely focus more on Dave and GaTa’s friendship. Dave’s ideas for a second album will undoubtedly become interwoven with GaTa’s future plans. We might see Dave grow his career while GaTa may prefer to go his own way. As far as Dave’s ex-girlfriend Ally goes, we have seen that she has moved on with another person. What we haven’t seen is Dave’s reaction to it. We might also get a glimpse of that in the upcoming season.

What is the Reading Order of Monogatari Light Novel Series?