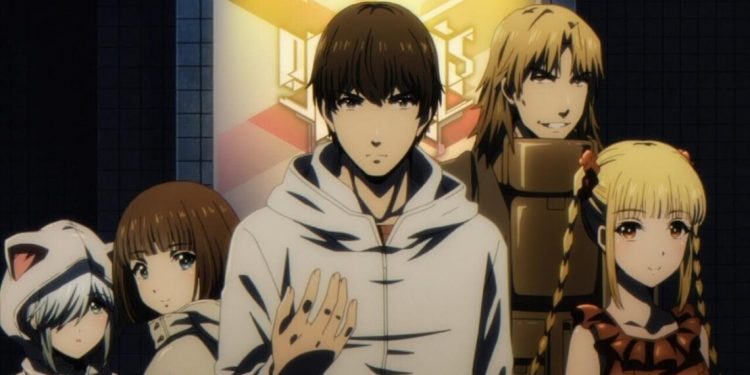 The story of Darwin’s Game revolves around the main character, Kaname Sudou. He is a seventeen-year-old high school student who gets an invitation from his friend to play Darwin’s Game. Kaname does not know the actual reason behind making a game like this that includes the concept of life and death. After getting trapped in Darwin’s Game, he realizes that he has to survive inside the game to escape his death. Otherwise, he will die from the attacks of the opponents.

Darwin’s Game concept is what we can say that a warning for installing an unknown app without researching all the details related to that particular app. This anime series is mainly focused on different ways to survive inside the death game. If you want to know more about Darwin’s Game and the official news regarding season 2, then don’t forget to read the article.

Also Read: The Executioner And Her Way Of Life Anime Announced: Every Detail You Need To Know

What happened in Darwin’s Game Season 1?

Darwin’s Game Season 1 begins with the main protagonist, Kaname Sudou. He is a high school student who gets an invitation from a mobile game, ‘Darwin’s Game,’ and he accepts the invitation. However, after discovering the truth about this game, he tries to take back his name, but he is caught off guard. Now, he has to play the game to survive.

His journey in season 1 covers almost everything about his struggle inside the game. He learns that some killer in a panda outfit is trying to kill him because Darwin’s Game is mainly focused on surrendering or killing your opponents. Season 1 mainly covers the struggle faced by the Kaname Sudou against Darwin’s Game and how he will fight and escape his death from the opponents.

Moreover, the ending of season 1 is the plus point of Darwin’s Game because of the decision which is taken by Kaname Sudou and Sunset Ravens. Their decision to take down Darwin’s Game and the step for banning all the opponents from entering into their region. Also, they were trying to track down its creator so that they could ask them the intention behind making a game like this.

What will happen in Darwin’s Game Season 2?

Season 1 of Darwin’s Game ended with the suspense surrounding the creator of the game. Thus, Darwin’s Game Season 2 will do the part of revealing the suspense that is hidden in season 1. Also, the characters will try to solve other mysteries surrounding the lore. As we all know that, Darwin’s Game is full of mystery, and solving them one by one will be a part of planning in season 2. Also, we can expect romantic scenes from Kaname Sudou and Shuka Karino. So, there are high chances of continuation of romance between them.

Furthermore, as mentioned above, Darwin’s Game Season 2 maybe will begin focusing on the main culprit behind this game and also trying to solve the final plot, which still needs to be resolved. Because of that, there are so many mysteries that are unresolved in season 1, so we can expect that season 2 will try to resolve all the mysteries. As we all know that, game-oriented anime have a positive and a negative influence on their viewers, and there is always a hidden message for everyone behind making an anime series like this. So, we can expect something like this from Darwin’s Game Season 2.

Also, it depends on the resources and materials’ availability for making Darwin’s Game Season 2. They have enough materials to use for making season 2. If they decide to use all these available resources and materials, then we can expect another season of Darwin’s Game. But for now, we have no official news regarding season 2, so we can expect the official news from Nexus for the anime series in two or three months.

As we all know that Darwin’s Game Season 1 was premiered in 2020, and only around one year has passed, there is no official news from Nexus. After the end of season 1, Darwin’s Game fans are eagerly waiting for season 2’s trailer and expecting something unbelievable from the anime team. However, we can expect a piece of news from Nexus about its trailer and the future of this anime series in two or three months.

Moreover, if you are interested to know about its second season, then stay tuned to our website as we will update you with the same when any official announcement is made. The season 1 trailer is 1 minute 22 seconds long which reveals the overall concept and plots’ history. So, we can expect something like this from the trailer of season 2.

As we all know that, Darwin’s Game Season 1 was premiered on January 3, 2020, and the announcement related to the release date was also confirmed in the same year. So, if Nexus is planning to continue Darwin’s Game, then we can hear an official announcement regarding Season 2 in the middle of 2022 or the next year. Because they have no plans for now, and the adaptation work of season 2 still is not started yet.

Moreover, Darwin’s Game Season 1 covers most of the manga series until Volume 9 and still has enough to cover for upcoming seasons. They have 16 volumes, and all these volumes have a deep plot that can help them to make an outstanding season. So, Nexus can plan to use all the available volumes to give us season 2 of Darwin’s Game.

Where you can watch Darwin’s Game Season 2?

If you subscribe to these streaming platforms, you will also get access to other anime series like One Piece, Naruto, Boruto, Gintama, Mieruko Chan, etc. Also, if you like their monthly subscription plan, then you can purchase them for uninterrupted online streaming of your favorite anime. While Crunchyroll and FUNimation do allow free streaming of anime, a premium subscription plan will allow you to watch the episodes without any ad interruptions.

Also Read: Biao Ren: Blades of the Guardians: When Will It Release? Trailer & Story

Cherry Blossoms After Winter Anime Adaptation: Will It Happen?