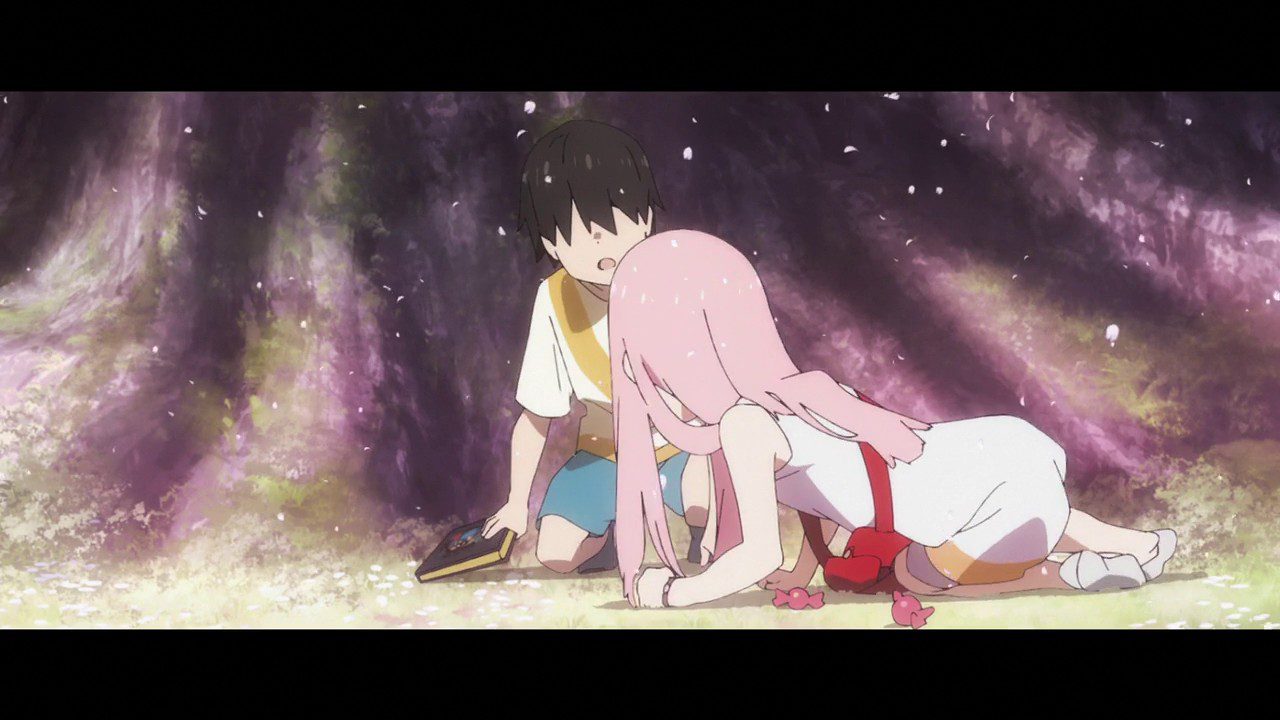 Darling In The Franxx came to a bitter ending for sure and left with a lot of tears in the eyes. While some complained about the end being rushed and not making much sense for such a great anime, some, on the other hand, saw it fitting anyway. So here we are breaking down how did the saga of this dystopian future of Darling In The Franxx had come to a conclusion that best fit the story. Although we had quite short sequences with the two main characters of the anime, the aftermath they gave in was enough for the story to flourish.

Darling In The Franxx finally heavily focused on the first baby steps of humanity’s re-emergence. After all these years of artificially producing the babies, Kokoro’s pregnancy assured a second chance for survival. As Hiro and Zero Two continued their battle up there in space against VIRM, their fight paid off here on the earth. Kokoro’s pregnancy soon transitioned into a healthy baby, and the years marked humanity’s growth back from level zero. But did Hiro and Zero Two came back to see the impact they had here? Let’s find out.

Darling In The Franxx Finale – What Went Down?

The finale of Darling In The Franxx opened up with Kokoro showing signs of pregnancy and eventually emerging as a pioneer. The work for extra care and attention begins towards her. Kokoro’s friends make sure to deliver all the nutrients she needs at the moment for a healthy baby. On the other hand, Ichigo speculates the battle of Hiro and Zero still continues. As they travel through stars battling the enemies, in a matter of months, Kokoro finally gives birth to a healthy baby. Mitsuru becomes the first father, and the first step towards the new world’s future comes true. 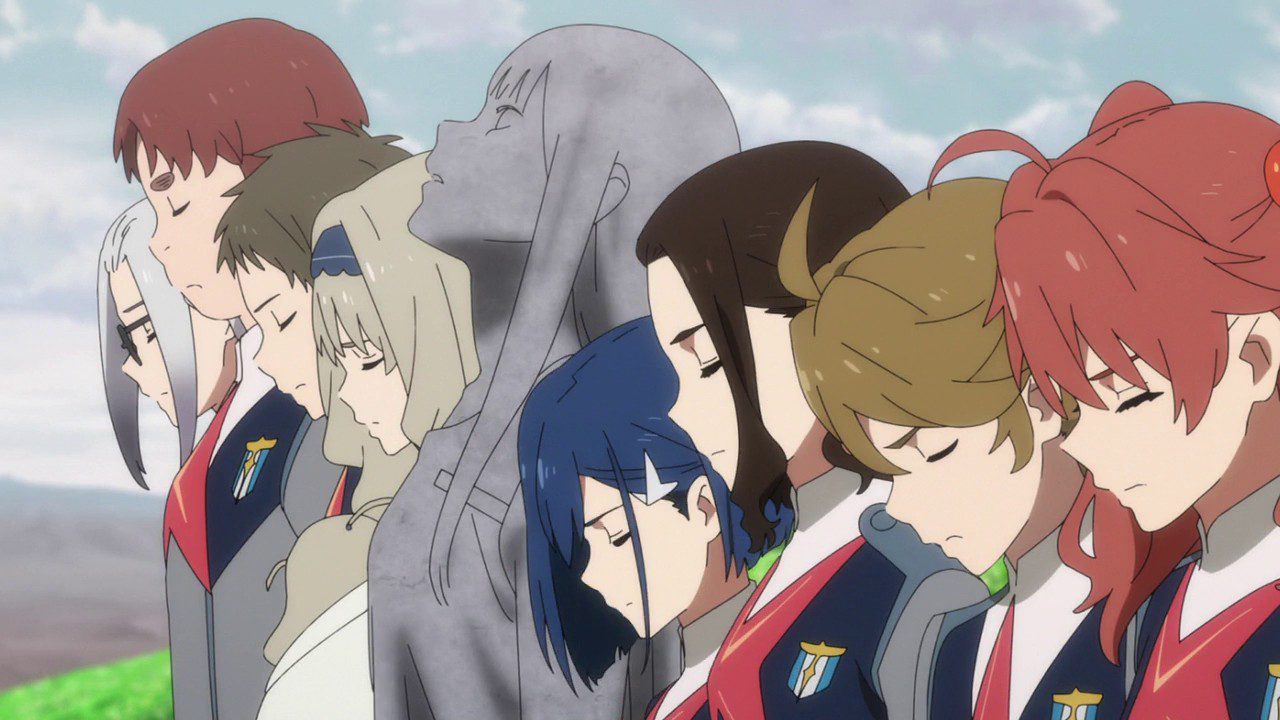 The new world slowly but steadily starts developing step by step. Goro bids a goodbye amidst this to explore the world for more materials and to aid lost children in desperate need of help. Before he leaves, he kisses Ichigo goodbye leaving her all red. The same cycle of development continues as everyone starts growing up to adults, and two years passed in the blink of an eye. It’s been 784 days since gate passage.

Hiro back in space retells Zero Two about a dream he had where he saw the gang living happily. Zero Two listens as they come near to the enemy’s home planet and finally hear VIRM’s voice. As Zero Two gears up for the battle, she can’t hear the same from Hiro, who is not conscious and falls deeper. As Hiro’s mind keeps fading and he falls down deeper, VIRM seeks the chance to attack them. Thus Zero Two is taken down in the process as she leaves a message for the gang to save Hiro. If no one, it is heard by none other than and Kokoro and Mitsuru’s daughter.

Darling In The Franxx Ending Explained

Towards the ending of Darling In The Franxx, Mitsuru and Kokoro hear their baby speaking the word Darling near Zero Two’s statue. A word the baby shouldn’t be aware of. This intrigues the couple who tells the rest of the gang about it, and they assume the statue is connected to the real Zero Two out there in the space. Hoping to give the couple a push, the gang joins hands and starts praying together. All-day and all night, and soon one by one, more people join in. So does Goro return in no time to join them as well? 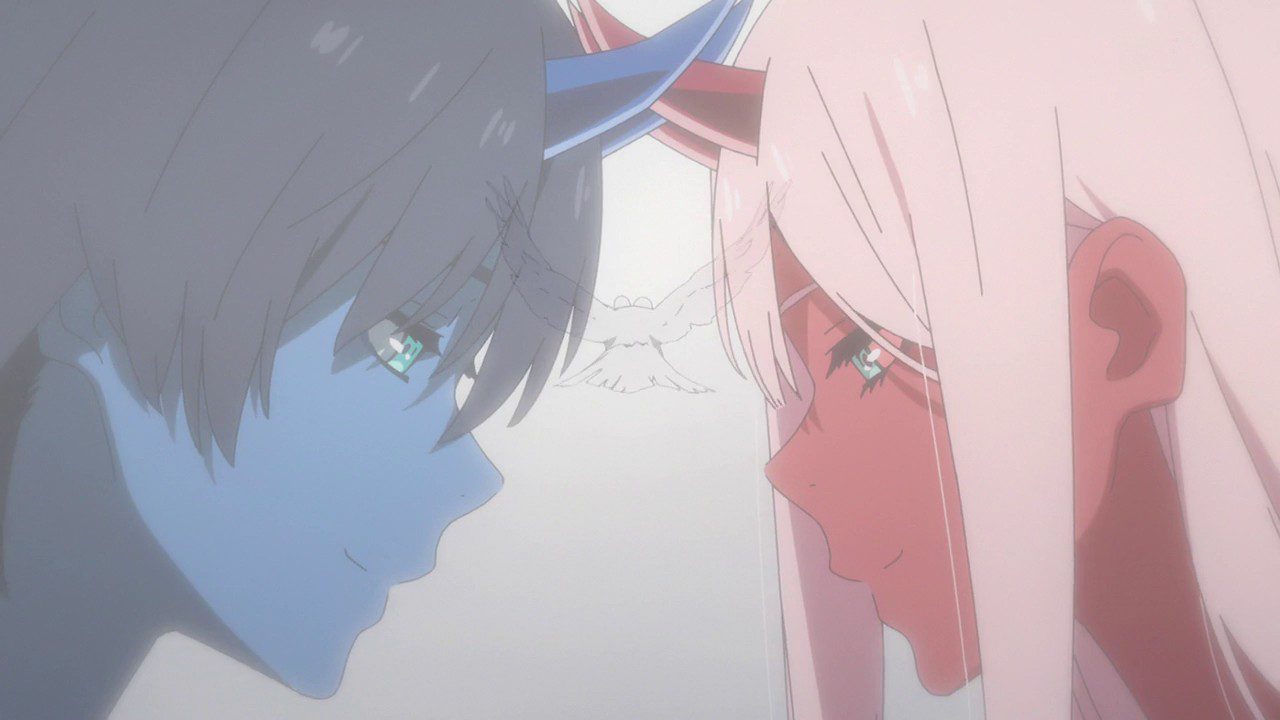 From Darling In The Franxx Finale Featuring Hiro and Zero Two

The prayers and deeper ambitions of the squad are heard up there in space. Both Zero Two and Hiro open their eyes again. A flash of memories passes by, and the way they reveal the way they were brought together in the first place. A kiss unites them together, and fuels powers inside them like never before. The battle ends with Hiro and Zero Two becoming one and eventually dying. Back on earth, the squad feels its all over as they see the statue of Zero Two breaking down, and out comes a plant growing up.

Hachi believes VIRM might have let them have the earth as Klauxosaurs return to earth and submerge inside it. Eight years into the future, humanity redevelops itself from ground zero. So does the Squad, who all have grown up and had families of their own now. The show closes in with the reincarnations of Hiro and Zero Two.

Also Read: Best Anime Made By Ufotable, Bones And A-1 Studios