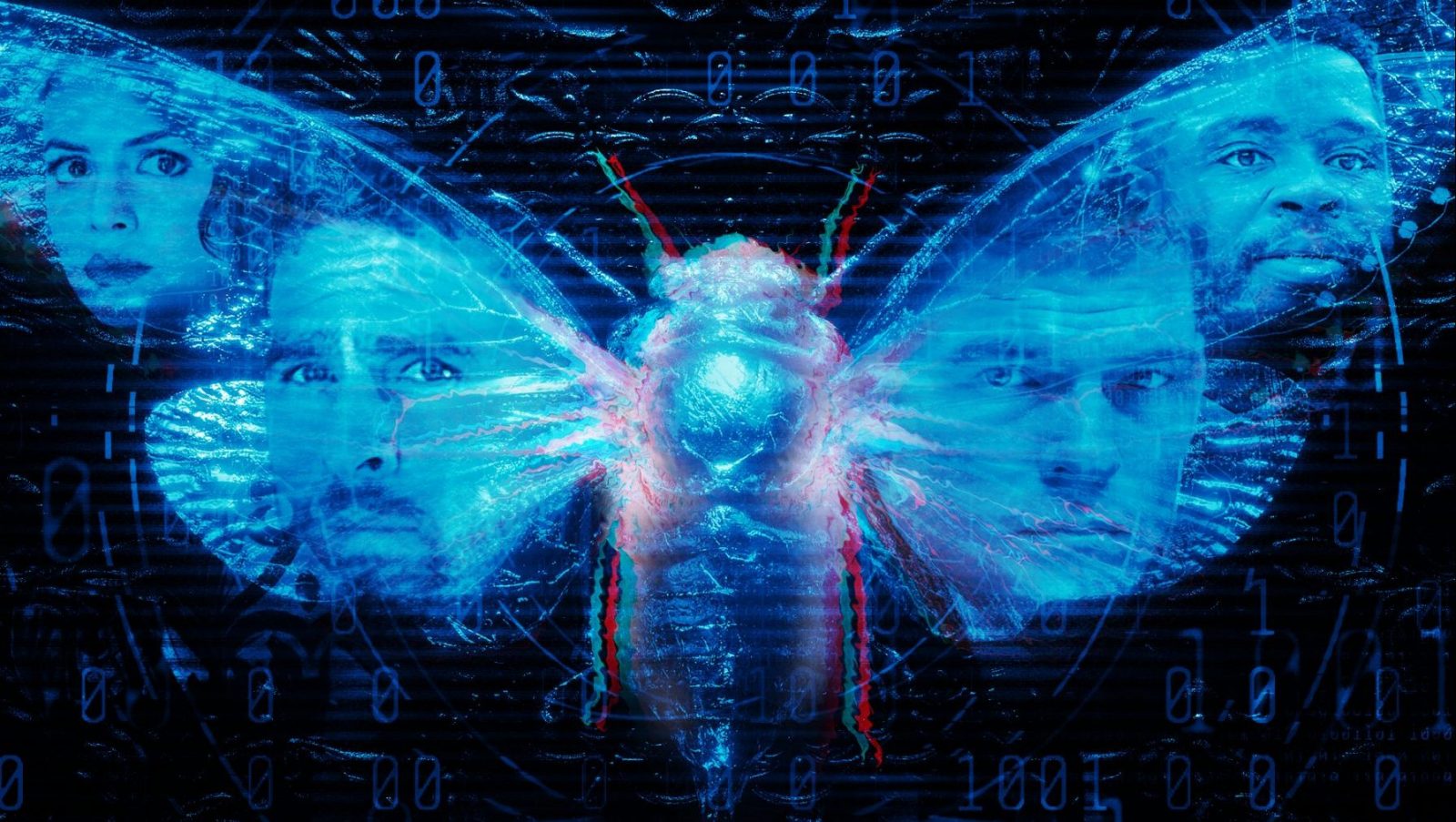 Dark Web: Cicada 3301 is an action-comedy-thriller directed by Alan Ritchson. The film is loosely inspired by the true story of the Cicada 3301 interest mysteries. Alan, who is going to be the next face for Amazon’s upcoming Jack Reacher series, co-wrote the film along with Joshua Montcalm. The film stars Jack Kesy, Conor Leslie, Ron Funches, and Alan Ritchson. The film follows a hacker named Connor (Jack Kesy) who is being tailed by NSA. He participates in the Cicada recruitment contest while on the run from the NSA. The film takes inspiration from the real-life eponymous organization 3301, which still retains its anonymity. The film got a digital release by Lionsgate Films on March 12, 2021. It is the directorial debut for the model-turned-actor, producer, and now a director, Alan Ritchson.

Known for roles in Blue Mountain State and DC’s Titans, he is also going to play Jack Reacher soon. Starting as an Abercrombie and Fitch model, the actor seems to be expanding his portfolio. Although the film doesn’t have any direct or sincere relationship with the real-life story, people are going to speculate the connections going into the movie. The film uses the Cicada 3301 story and events as a plot for a messy and inconsistent film. The critical reception to the movie hasn’t exactly been warm. Those curious about the anonymous organization and the internet phenomena are sure to get rubbed off the wrong way. Most of the reviews note how the film is tonally inconsistent and confused about what it wants to be. Let’s talk about that in a bit before we go through the plot. Spoilers ahead, so treat at your discretion. 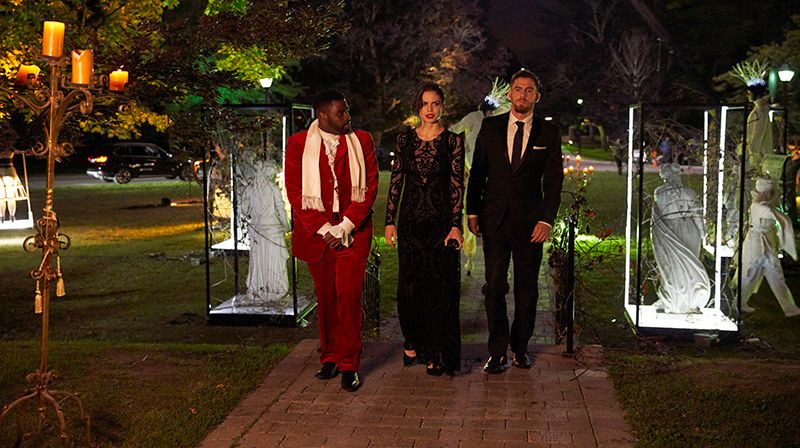 The film is an action-comedy-thriller directed by Alan Ritchson.

Dark Web: Cicada 3301 starts with Connor who is a hacker. He is arrested by the NSA for being involved with the eponymous organization Cicada 3301. We see Connor testifying before the United States Foreign Intelligence Surveillance Court about what took place. He tells the court about how he came across the organization. He found the organization’s recruitment game by accident. The game, as he explains, requires the participants to solve several puzzles. The NSA coerces Connor to help them shut down the secretive organization. Connor starts participating in the game alongside a librarian, Gwen, and his friend Avi.

The three start participating in the puzzles and games. Eventually, they succeed in discovering clues from the puzzles. However, the group comes under the radar of other competing groups. One such group attacks them and they barely survive from getting killed. Following that, Gwen and Avi decide to drop off the game. But, Connor is still persistent and continues to participate in the games. His continual clue-finding and participation eventually result in a huge power outage. This development finally makes him eligible for an invitation by the elusive organization. The invitation is for Cicada’s private party in England.

Connor soon learns that the objectives of the organization are nefarious. He finds out that Cicada’s intentions are to inflict chaos in the world. Connor then decides to tell Gwen and Avi about this and that he is going to bring them down. He plans to bring Cicada down and convinces Gwen and Avi to join him. The group then infiltrates Cicada but it soon takes a turn for worse. Gwen and Connor get caught and captured by Phillip Dubious, the leader of Cicada. Dubious confronts the two and tells them how their organization’s purpose is to bring equality to an unfair world. He then also reveals to Connor that Gwen is an NSA agent hone rogue.

Connor eventually kills Dubois’s guards and manages to break free. However, Gwen gets shot but hands a USB drive to Connor. The USB has the information Cicada holds. Later, Connor confronts Dubois. But soon, in a Mandarin-in-Iron-Man-2 type twist, Connor discovers that Dubois is just an actor. Dubois tells him that he was hired by Cicada to act as their leader, merely following their leaders. He also says that he didn’t know there would be any causalities. Soon, the NSA barges inside the building. Meanwhile, Connor manages to download the information from the USB. He tries escaping after that but the NSA agents knock him unconscious and kill Dubois.

Cut back to Connor’s testimony in the court, in the end, the judges conclude that the NSA’s tactics were dubious and wrong. The court also tells Connor about all the felonies he has committed. Connor, however, reveals that his testimony wasn’t accurate and that he has started leaking the official documents. Connor then presents a proposition to the court. He threatens them that he will leak the documents unless his demands are met. These demands include receiving $1 million for each of the documents he has downloaded. Plus, his friend Avi must be acquitted. The blackmail succeeds and Connor makes use of the money to help others. The film ends with Connor receiving a message from Gwen, who has now become a Cicada member.

Real-Life Story Dark Web: Cicada 3301 is Based On

The true story that the film draws inspiration from goes back to January 5th, 2012. A simple image was uploaded on one of the 4chan’s boards. The image, seemingly simple, was a code containing a hidden message. Those who cracked that message would get to see and meet the anonymous organization. These cryptic messages triggered a lot of interest. Initially, it was thought to be a new ARG. Others speculate it was a NASA recruitment program. Time passed and certain code-solvers broke and ground and cracked it, leading to a URL. Several similarly encrypted messages were then cracked by a man who was then led to a telephone number. The organization has posted several puzzles and updates between 2012-2014. 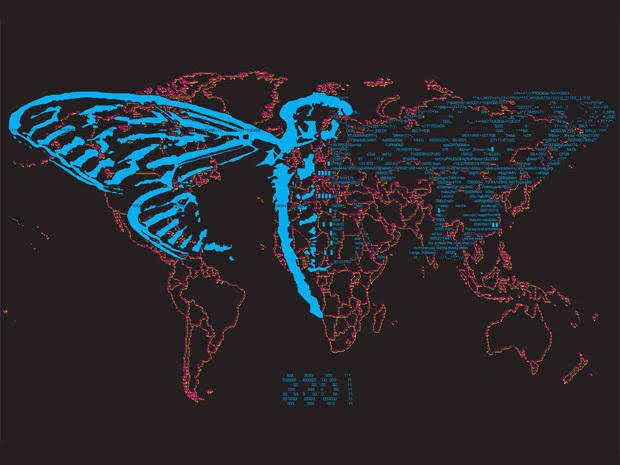 The film is based in the real-life Cicada 3301 mystery puzzles.

The reason for these puzzles, as it turns out, was to recruit highly intelligent individuals. But that doesn’t reflect the opinions people have regarding its true purpose. Some people believe that Cicada 3301 is a secret and benevolent organization. According to this consensus, its objective is to better the fields of privacy, cryptography, and anonymity. This was supported by their set of questionnaires to those who crack the puzzles. The questionnaire contained a set of questions related to internet freedom and privacy. Yet another school of thought believes that Cicada 3301 is a cult with more sinister motives. The first puzzle by them was cracked by a computer coder Marcus Wanner. According to him, he was directed to the set of questions about information freedom, privacy, and censorship. Those who give satisfactory answers to the questions are eventually made part of Cicada.

The puzzles gathered a lot of press coverage including TV, internet, print, etc. The puzzles were different from other such encryptions over the internet, in that they were very complex. To recruit “highly intelligent individuals”, the puzzles required comprehensive abilities to encrypt, decrypt, and coding. But the required set of abilities do not end there. The participant must not only possess the aforementioned abilities but also be familiar with a lot of literature, poetry, music, and art. As people’s curiosity turned more and more intense, the Los Andes Province of Chile claimed that the organization was engaged in illegal activities. The organization had previously said in the clues and afterward, in PGP-signed statements that the illegal activities are false. The puzzles eventually stopped being posted and there hasn’t been an update since 2014. The eponymous organization remains elusive.

Dark Web: Cicada 3301 is a very tonally inconsistent and confusing film. It feels a lot that the makers didn’t know what route they wanted to take. At times it seems to be going for a serious thriller, a campy action at others, and sometimes a comedy. It would have done so great being a goofy action-comedy. But when it starts dabbling in symbolism and being serious, it falters heavily. The way in which it seems to tackle the seriousness does a huge disservice to the real story. The real events involving the organization and the puzzles had and continue to have a lot of enigma and intrigue. It might displease the audience that comes to this film expecting a more consistent and serious treatment of the subject. 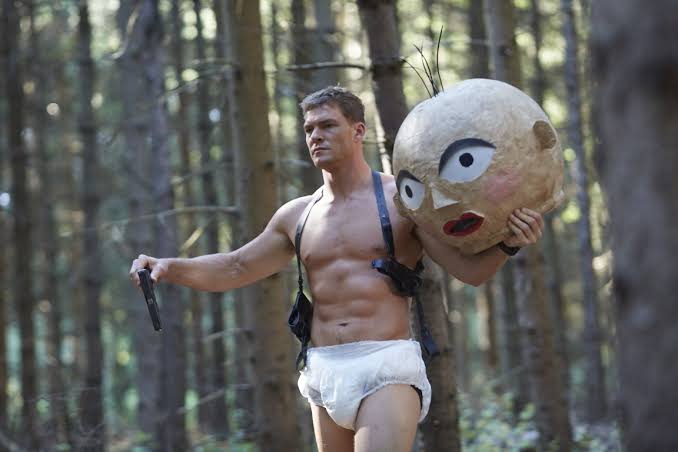 It appears that the makers didn’t bother looking up sufficient content on the compelling Cicada 3301 story. The film tries to be funny, maybe to compensate for the lack of research, but it fails miraculously. But funnily enough, the film actually ends up deriving a lot of unintentional humor due to its incompetence. I think it makes up for a wild and amusing ironical watch. It starts with a great subject matter with huge potential. And then it derails itself by going all over the place. But in that very confusion and mess, the audience might find fun and wild ride worth giving a shot. It tries to be funny about an intriguing subject, then tries to get serious, failing, and thus, ultimately be a funny film. If that sounds like your cup of tea, go ahead and give it a watch.

Goofy, clumsy, confusing, and unintentionally funny — this one gets a 2 out of 5.