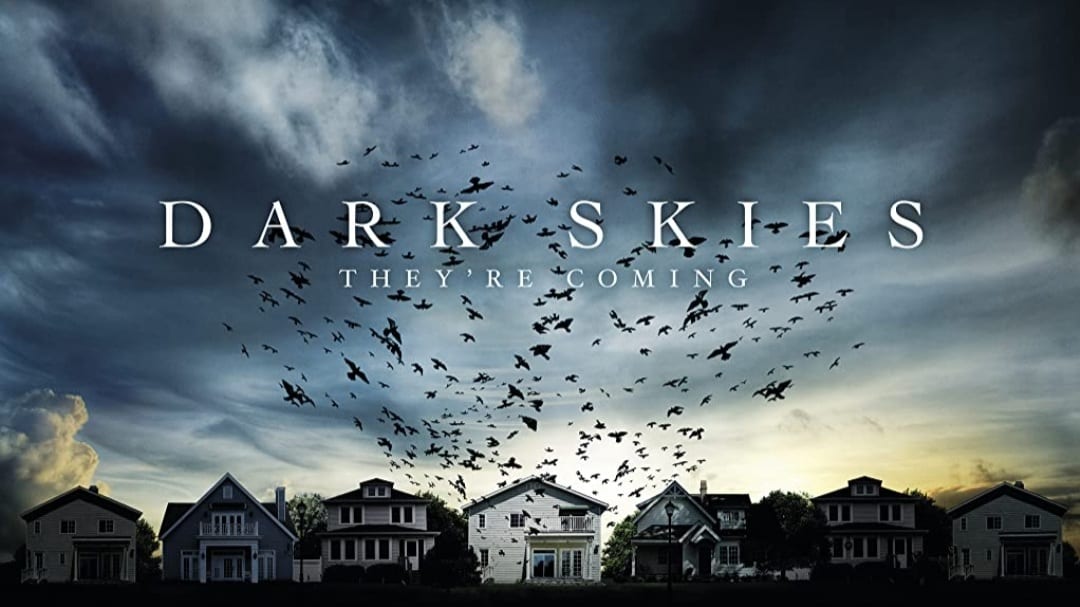 Dark Skies (2013) deals with a content and happy family living in a suburban area. All seems ordinary until the family starts experiencing strange and inexplicable occurrences. Each family member experiences some sort of blackout and upon waking up they don’t have any memory of it. Not only that, the kids in the family start having strange symbols on their bodies. As the family tries to contend with the absurd and horrifying events, the situation only gets worse. What seems ghostly at first soon reveals itself to be extraterrestrial. The film follows the Barrett family as they try their best to save themselves from the inexplicable horrors of the extraterrestrial. The ending of Dark Skies bears a twist and a cliffhanger. If you want to know more about what the Dark Skies ending entails, keep reading. However, before that, let’s know a bit more about the film. 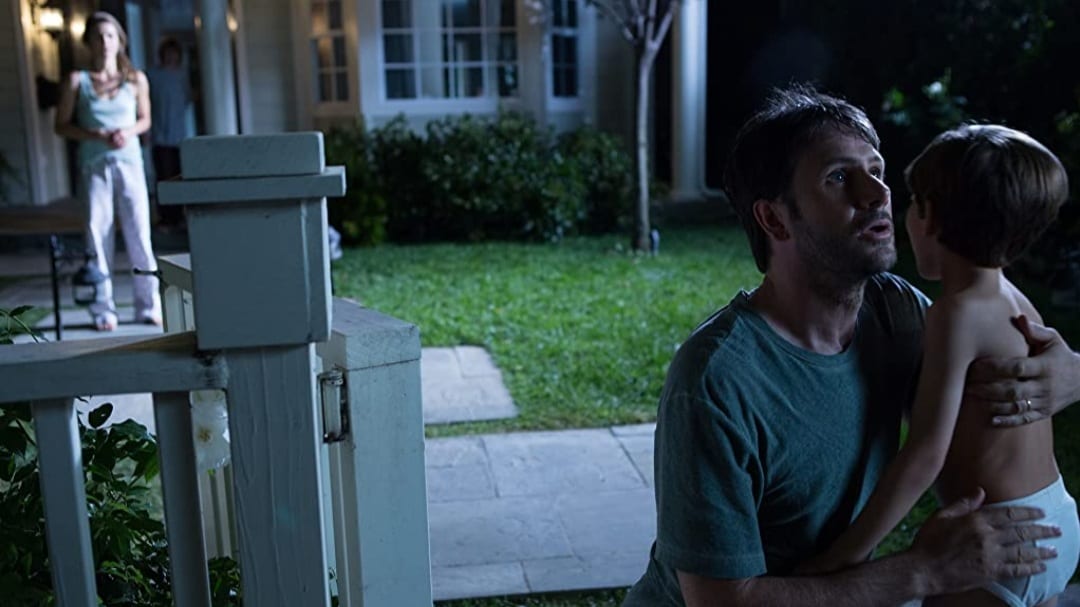 The Barrett family lives in a quiet suburban neighborhood. The father Daniel is currently unemployed. Lacy, the mother, is a real estate agent and shoulders the responsibility to support the family all by herself. The couple has two sons — the older son, Jesse, and the younger son, Sammy. Living a rather ordinary life, the family soon bears witness to strange and inexplicable events. The strange occurrences involve the kitchenware switching places in an unexplained manner. One day, the house alarm also sets off after detecting a breach at all entry points simultaneously. Then Sammy starts saying he sees a boogeyman. Another one of the strange occurrences that horrify the family is birds just ramming into their house and dying. One night, Lucy wakes up to go to Sammy’s room and find a figure lurking in the darkness.

Sammy also sleepwalks while Lacy, Daniel, and Jesse all suffer catatonic episodes and have no memory after regaining consciousness. Not only that, but the kids also start having strange symbols etched onto their bodies. Following these disturbing events, Lacy decides to search for the answers online. She finds articles about events like their family experienced linked with UFOs and alien abduction. The strange occurrences keep happening to the family and they only get worse with time. While Lacy and Daniel experience blackouts, Jesse and Sammy have inexplicable symbols etched on their body. Jesse has an episode in the forest and the doctors in the hospital find geometric shapes on his body. After checking the footage from the security cameras Daniel had installed, he discovers three figures. These figures appear standing behind their bed in the night. 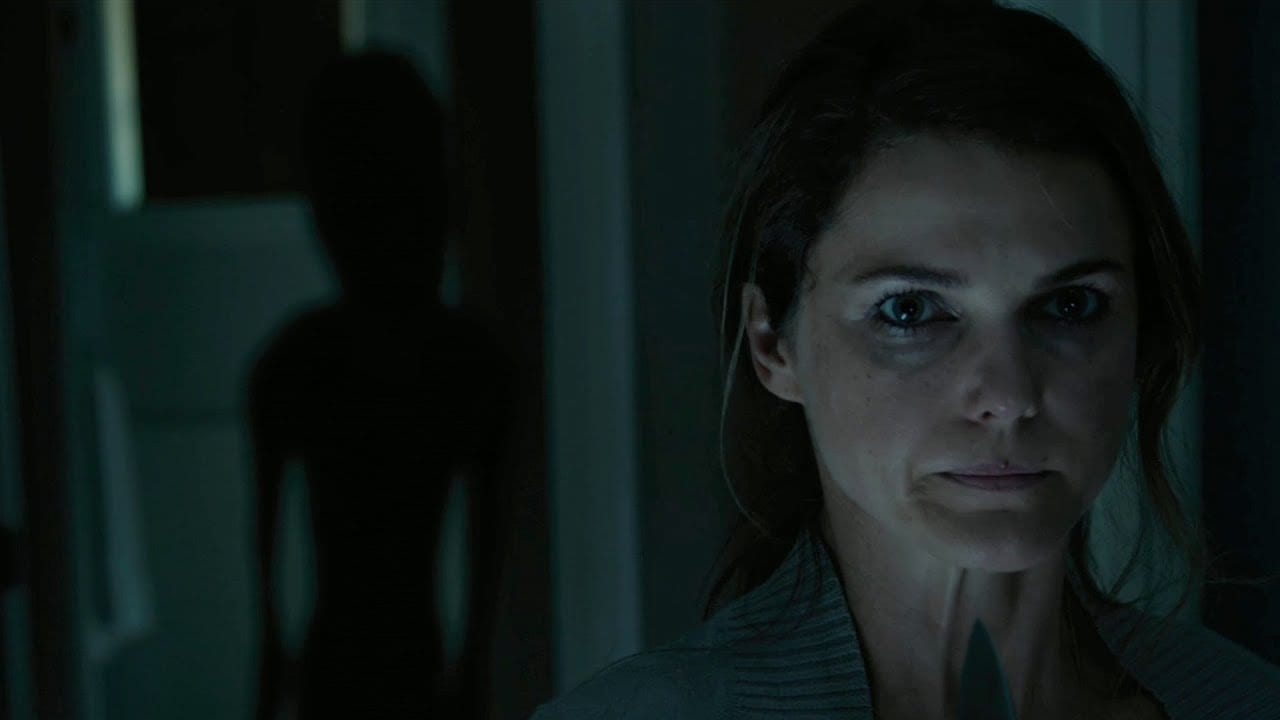 A Grey creeping behind Lacy.

The Greys and the Encounter

Convinced that this is an extraterrestrial case, Daniel and Lacy go and seek help from Edwin Pollard. He is a specialist in alien and UFO cases. Edwin tells them about the aliens who are haunting them. He refers to the aliens as “the Greys.” Edwin also tells them numerous others have also faced the same fate as the Barrets. Most of the cases like that of Barrets’, Edwin explains, end up with child abduction. He then warns them to look out for the child the Greys first showed interest in and be cautious regarding Sammy.

Following the warning from Edwin, Daniel and Lacy start prepping up for another encounter with the Greys. While Daniel buys a shotgun, Lacy brings home a guard dog. On July 4, they eat dinner and talk about the good old days. That’s when lights start to flicker and the dog also starts barking. Sending the boys upstairs, Lacy stands guard outside. Moments later, oblivious to a Grey standing behind her, she gets trapped in a room. Meanwhile, Daniel takes the boys into his bedroom and barricades it. As the TV flickers, the Grey finally materialize inside the room, and Jesse blacks out. Jesse hallucinates his father committing suicide beside his dead mother. When he wakes up, Jesse finds himself in the hallway where the aliens take him with them in a flash. 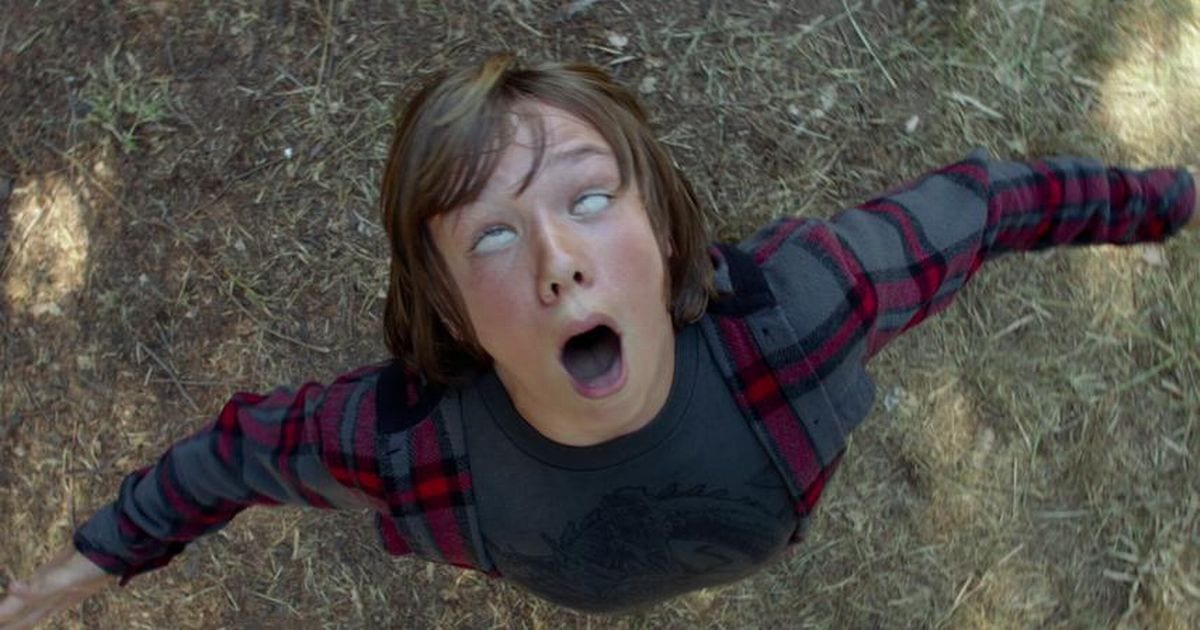 How Does It End?

In the ending of Dark Skies, we see the Barrets three months after the aliens abduct Jesse. They now live in an apartment and Lacy and Daniel are the prime suspects in Jesse’s disappearance case. We also see Edwin cutting the newspaper article about Jesse’s missing and hang it with other such newspaper article clippings. While going through old stuff, Lacy finds pictures Jesse used to draw in his childhood. Some of the pictures show the Greys surrounding Jesse. We understand, along with Lacy, that it was actually Jesse that the Greys chose and first showed interest in. Moments later, we see a nearby walkie-talkie lighting up and Jesse’s call for Sammy coming out of it. This probably means that Jesse is alive and has somehow gotten around to reaching back to his family through communication.

Dark Skies is available to stream on Netflix in the US.