What To Expect From Dark Hole Episode 9? 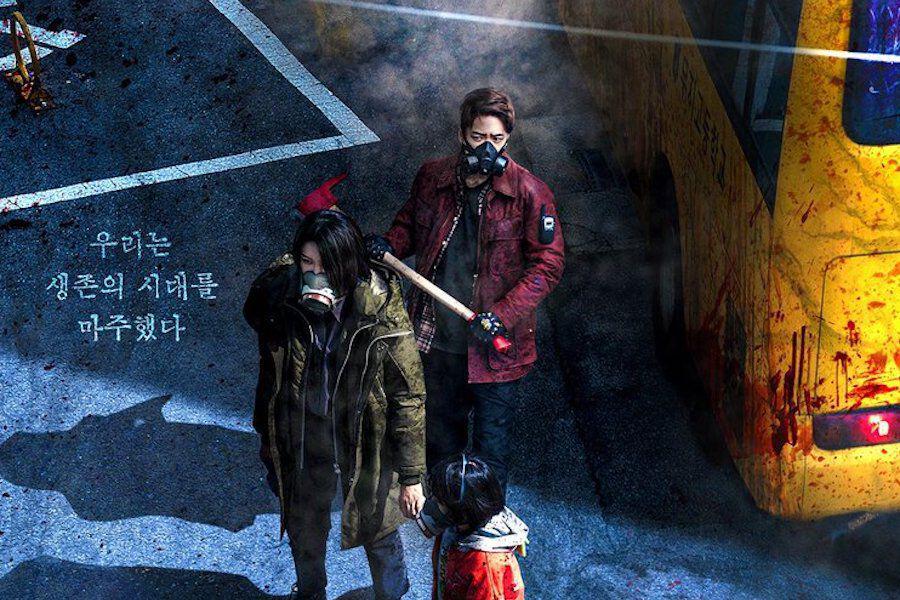 The latest thriller show of the OCN, Dark Hole, takes viewers for quite a thrilling experience. However, the series is also somewhat a bit confusing. But, one thing that makes it worth watching is the lead cast, Lee Jun-hyuk, with his shotgun. Well, if anyone is into thriller, zombie, apocalypse, supernatural series, the show is worth watching for that person. We already know how one more Zombie drama, Joseon Exorcist got canceled at the beginning of the year. However, OCN brought one more same genre drama among the audience. The series is also faring well among the public with good receptions. Now, people are ever more interested to know the Dark Hole Episode 9 release date and preview after the ending of episode 8.

The premier week of the Dark Hole itself brought a lot of things intermixed in the series. It contains the element of supernatural, a serial killer, horror-filled scenes, a lonely reporter, various murders, a teen that is bullied, a time jump storyline, a shaman, a disjointed plotline, and a cops team. Everything together makes up the Dark Hole. What begins as a simple mundane search for the murderer of Lee Hwa-Sun turns into a horror-filled survival battle for her? Kim Ok-Bin as lee Hwa-Sun and Lee Jun-Hyuk as Yoo Tae-Han is perfectly nailing the role. Furthermore, the show is soon drawing towards its end, with only four more episodes left to go down.

Kim Bong Joo is helming the series as the director with Jung Yi Do as the screenwriter. The other name for Dark Hole is Dakeuhol, Eonadeo Keullaeseu, and Another Class. The plotline for the series is set in Muji City wherein a sinkhole suddenly appears the citizens turn into mutants after inhaling a gas emitted from the sinkhole.

Dark Hole Episode 9 release date is May 28, 2021, at 22:50 KST on OCN. Thus, we have a day until the release of the next episode. It is arriving on the upcoming Friday. Episode 9 and Episode 10 of the show will be premiering this week. After that, only two episodes will be left for airing and completion of the show. Hence, it seems the series is coming towards its ending soon. The show is the fifth one under the project of Dramatic Cinema of OCN TV. Apart from everything, one can watch the series in Rakuten Viki and IQIYI.

Dark Hole Episode 9 will be back with double excitement this week. As the ending is coming near, more secrets are yet to get revealed. How the dark hole appeared suddenly near the Muji town? Will there be a cure available soon? It seems that the drama will soon catch up with the events of episode one. Then, there is also the case of Hwa-Sun’s capacity to see visions. Furthermore, Dong-Rim also returns to the group in the supermarket. The main question is how did she returned and survived even after getting caught up in the smoke. Is she really Dong-Rim or something else? Why the tentacled monsters after Hwa-Sun? Is there something more to her? Everything will get revealed in the upcoming episode.

Episode 9 will begin in the supermarket wherein we saw how Hee-Tae wants to go to Muji Hospital for saving the survivors from Shaman. However, it will be not so easy. As we saw in the preview, someone asks him if he is leaving to save others in the present situation. Moreover, someone else says to him angrily, it does not make any sense, and people need the detective. Then, we see a hospital situation wherein a doctor is trying to save someone but could not. A girl is crying and saying, Dad.

The shaman is also leading a group of people for her cause. She speaks in the preview, saying he who speaks lies only sees lies, and he who speaks truth only sees the truth. Furthermore, she says to someone as being under the control of the monster. Later on, Hwa Sun arrives at the hospital and thinks perhaps the monster is within the people. Can Hwa Sun and Hee-Tae save the survivors from the grasps of the Shaman? Can they save the town?

Who is Skylar Astin & What is He Famous For?