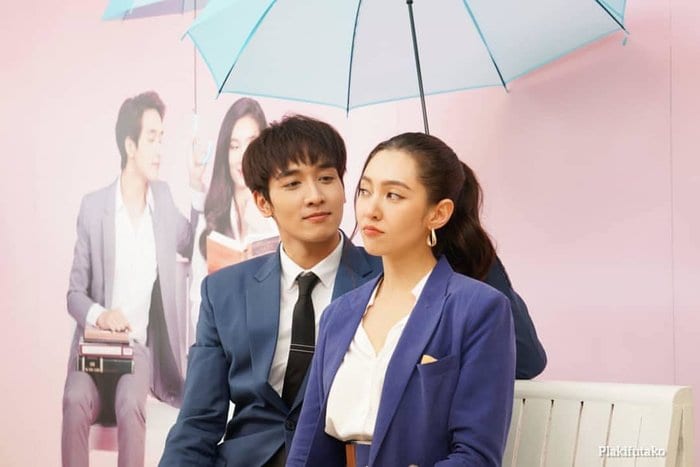 On the other hand, Thicha’s mother is having concerns regarding her daughter and her boyfriend. She does not like Naphawat and their closeness. However, she does not know him as her boyfriend and only doubts their relationship. Her mother also insults Naphawat due to his involvement in the drug case. Now, she is more in favor of Mr. Benjamin as Thicha’s boyfriend. She also tries to set her up with Mr. Benjamin. But, Thicha’s relationship with Naphawat does not remain in secret not for long from her mother. She saw them kissing.

Dare to Love: Hai Ruk Pipaksa Episode 14 release date is August 25, 2021, on Channel 3. Hence, there are few hours left before the release of episode 14 of the Thai show. 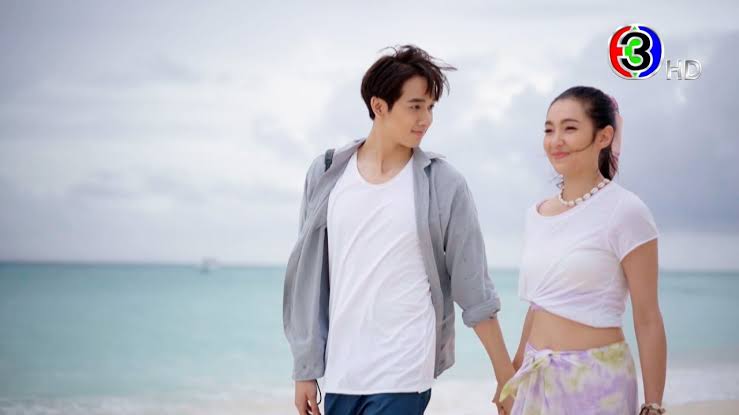 A glimpse into one of the scenes of Dare to Love: Hai Ruk Pipaksa (credit: Channel 3)

Dare to Love: Hai Ruk Pipaksa Episode 14: Naphawat give a Gift to his Father

Dare to Love: Hai Ruk Pipaksa Episode 14 will show naphawat giving a gift to his father. He gifts him a fancy pen. Furthermore, he will also say that now he has a fancy pen to show. We already know from the previous episodes that he has a good relationship with his father. They share all their problems and troubles with each other. The latest preview showed him giving a pen to his father while hugging him.

Dare to Love: Hai Ruk Pipaksa Episode 14 will showcase another new case. However, the latest case will be different as it will be a murder case. It will also be a high-profile case. The preview showed a man throwing something and hitting someone. He is also shouting and very angry. Later on, we see a woman dead in the car. The dead woman also has injured marks on her. It seems that someone hit her. Furthermore, Orapim Mahaponsombat is the wife of a famous business tycoon.

Naphawat’s father got arrested for the Murder

Dare to Love: Hai Ruk Pipaksa Episode 14 will feature another great problem with the arrest of Naphawat’s father for the murder case. The preview shows how Naphawat seems anxious after seeing the report of the murder of the wife of the business tycoon. It seems the report showcased his father as the murderer. Police officers come for arresting his father. However, Naphawat creates problems and does not wants to see his father arrested. The police take his father away and he runs after the car. His father pleads innocent and says that he did not kill her. Naphawat’s friends support him.

What is the relationship between Naphwat’s father and the business tycoon’s wife?

Dare to Love: Hai Ruk Pipaksa Episode 14 will also show why Naphawat’s father got arrested for the murder. It seems that there is a relationship between Naphawat’s father and Orapim. The upcoming episode will feature more about their relationship. The wife of the business tycoon could be Naphawat mother. Thus, his father got arrested for the murder. Furthermore, some sort of evidence pointing to his father will be found leading to the arrest.

Dare to love: Hai Ruk Pipaksa Episode 14 will depict Ross & Harvey as the plaintiff in the case of Naphawat’s father. The preview shows Thicha informing the same to Naphawat. However, Naphawat does not get discouraged by the same and only asks Thicha to do her best. Furthermore, another lawyer of the firm is determined to put Naphawat’s father as the culprit. Who is the real culprit? Is it someone’s conspiracy and revenge against Naphawat and his family? The upcoming episode will reveal everything.