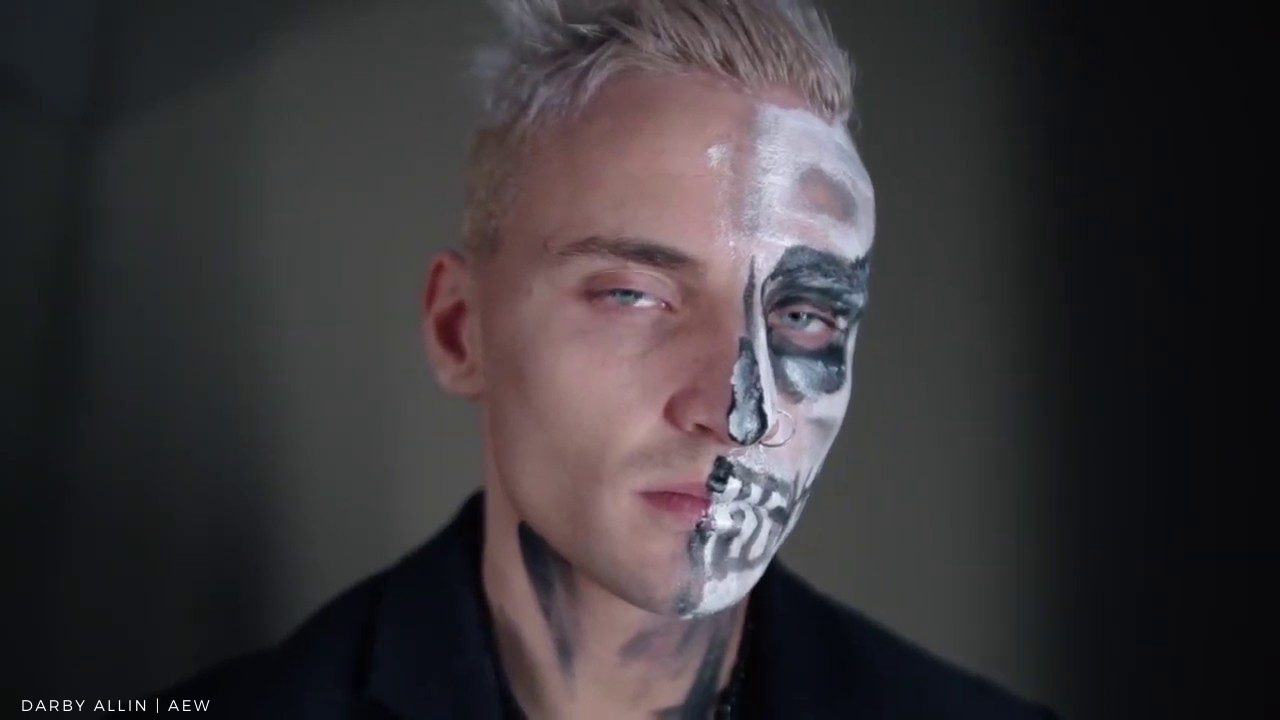 AEW turned the cards for themselves when one of the hottest wrestlers ever in the industry walked into their arena. CM Punk made his long-awaited return to the wrestling world on the First Dance of AEW Rampage on August 20, 2021. The fans waiting for this moment for the past seven years, for them, it was a treat. Now it was just a matter of time when Punk gets into the ring to deliver his moves. Thus, he decided to break the announcement by accepting Darby Allin as his challenger. Recently they came first to face on an episode of Dynamite in Chicago, Punk and Darby Allin both felt the Chicago Crowd shouting out loud with one name in the air.

At the moment, it is clear that Chicago Crowd is behind their hometown hero CM Punk. Now the same crowd will come to watch AEW All Out 2021 this Sunday at the NOW Arena of the city with CM Punk vs. Darby Allin taking place. The question remains if Darby Allin is just facing the Best CM Punk or the wild crowd of Chicago as well. Especially with the fact that we have seen how the crowd here could get in the past and have been watching it go down for years. So here is what Darby Allin had to say.

Darby Allin On The Chicago Crowd

On September 1, 2021, AEW Dynamite’s 100th episode. There was a celebration in the air at the NOW Arena of Chicago, Illinois. So the city’s own her CM Punk made his way to the ring. All of this is to address his coming match with Darby Allin at All Out this Sunday. But an attack from Danny Garcia and 2.0 interrupted the Best In The World. A 3 on 1 assault began. That was until Punk’s All Out Opponent Darby Allin with wrestling legend Sting came to the rescue. Both with Punk took out Garcia and 2.0 before coming across each other. 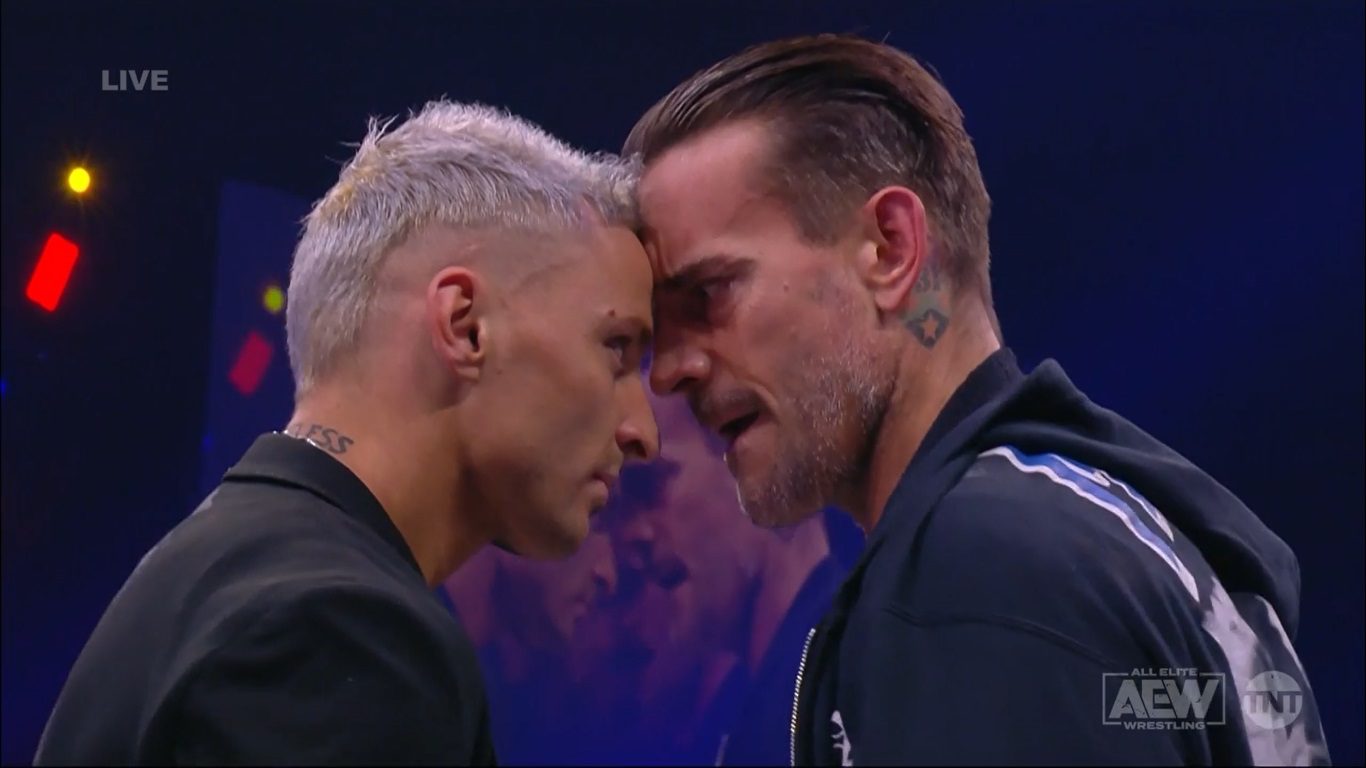 Darby Allin and CM Punk stood face to face and we kind of had a preview of what we can expect this Sunday. We had a mixed crowd reaction but the only obvious chants were of the name CM Punk. The crowd still shouted out loud for their hometown hero. For a minute, it seemed like Allin might be facing more than just CM Punk this Sunday.

As the talks around should Darby Allin be concerned about the Chicago crowd stormed the internet. So Allin took it to Twitter to say what he feels about it. Allin tweeted saying he doesn’t give a s**t about who the crowd is cheering for. He is going to walk in that ring for his own. So yes, we applaud the courage of young blood. But at the moment, we can’t help but say the crowd will be divided and it all depends on how Allin and Punk perform.

I don’t give shit who Chicago cheers for Sunday I’m in this for myself. https://t.co/QhT0Dkdup8

The Reason Fans Are Concerned About The Chicago Crowd

CM Punk vs John Cena from way back on July 17, 2011, at WWE’s Money In The Bank PPV in Chicago is probably the prime example of how wild the crowd here could get. During that time, CM Punk was the hottest thing in the professional wrestling business. Weeks prior to the show, on the 27th of June, on an edition of Raw, CM Punk went all out by attacking Cena. Then moving on to shoot one of the most real promos ever that turned the way everyone looked at the wrestling business and how WWE and Vince McMahon works. 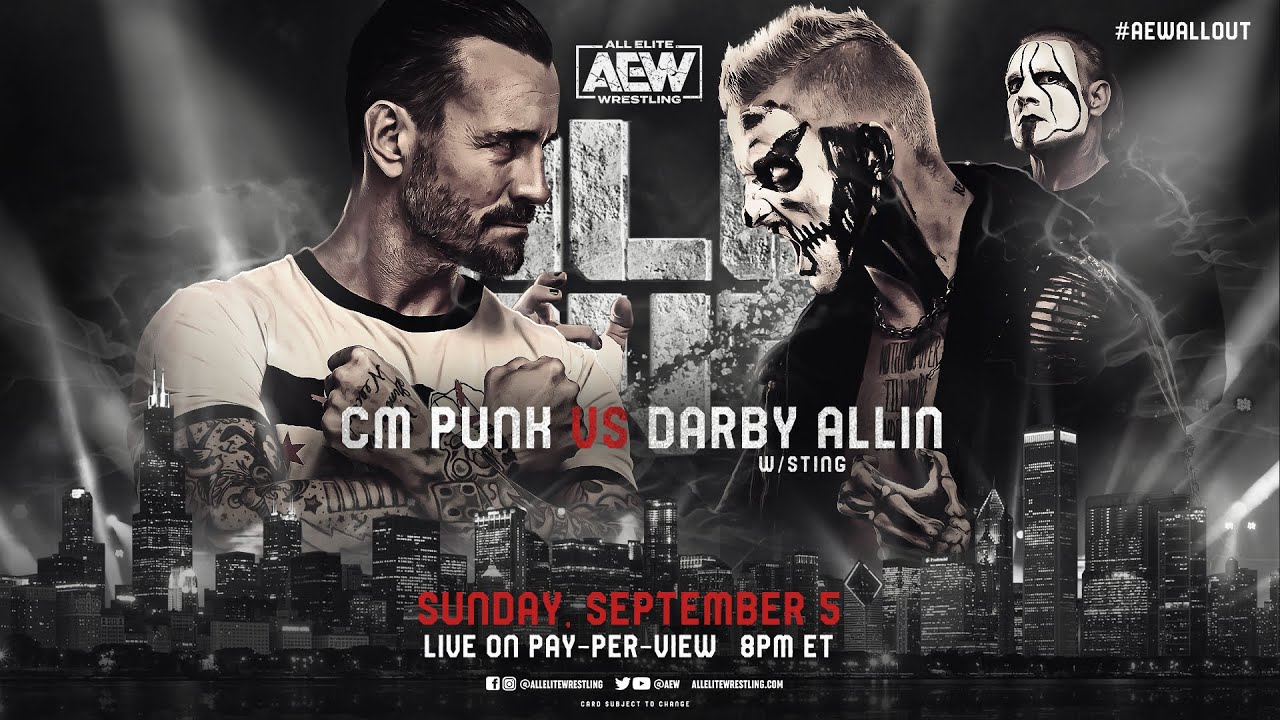 Promotional Poster For CM Punk vs Darby Allin All Out 2021

Since then many of the fans have backed their hero. The support went wild at WWE Money In The Bank PPV with Chicago Crowd supporting Punk. John Cena is known to throw his shirt out in the crowd. But here instead, he was given back in the ring. The posters of “If Cena Wins, We Riot” dominated the screen time. Since then and from the time CM Punk walked out of WWE. Chicago crowds have often been confronting WWE and wrestlers had a hard time working it out.

So, the fans at the moment believe Darby Allin might face something similar as we walk into the NOW Arena of Chicago this Sunday. The crowd may be quite confronting and aggressive as the match goes on. So expect a few shoots and boos thrown which may distract him. Apart from that, it is Punk’s first wrestling match in seven years which is another treat for wrestling fans. So fingers crossed.