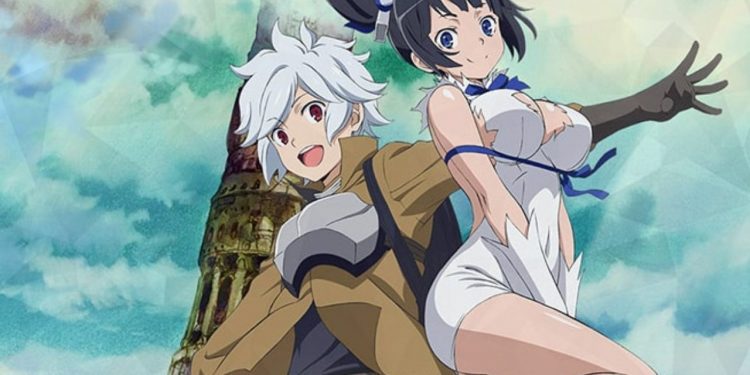 When will DanMachi Season 4 Drop out?

Another series that became super popular due to its pre-released light novel series is DanMachi. The series is also known as “Is it wrong to try to pick up girls in a Dungeon? and belongs to the genre of Fantasy. This is another series that includes the adventures of Dungeons and these adventures have been going on for 3 seasons already. All these three seasons have been super successful and fans have been waiting to get a Season 4 since a lot of things are yet to get covered in an animated series. This is the thing that happens with already published anime and manga series, that readers are aware of the things that are left and constantly demands further releases. Let’s begin with getting to know the series.

ALSO READ: Most Shocking Revelation Made in Anime

The Japanese light novel series “Is it Wrong to Try to Pick up Girls in a Dungeon?” or simply Danmachi is a wonderful creation by the writer Fujino Omori and was illustrated by Suzuhito Yasuda. The novel series was officially published by SB Creative Publications and in English by Yen Press. It dropped out its very first chapter on 15th January 2013 and is still ongoing. Till now it has been collected in 17 volumes and more are yet to be collected. Later, the light novel series was adapted into a manga series written by the same writer but illustrated by Kunieda. The manga series was officially published by Square Enix Publication which dropped out its first chapter on 2nd August 2013 and is still ongoing.

Another manga series based on the same light novel was also released by the same publication but a different writer. This time it was written by Masaya Takamura and came out with its first chapter on 14th August 2014 and is still going on producing new chapters. As for its anime adaption which managed to gather a huge fan base was produced by J.C Staff Studio. The series debuted with its first episode on 4th April 2015 and is also ongoing and currently has 37 episodes with 3 OVAs. The team of creators of the anime series includes director Yoshiki Yamakawa who directed Season 1 of the series and it was taken over by Hideki Tachibana. The current director is also known for his works in Armed Girl’s Machiavellism (2017).

The story of DanMachi is set up in a fictional city known as Oraio, which is known for being a special place for gods. Here gods come down from heaven to seek excitement, they limit their godly powers in order to learn and experience the hardships of being a powerless mortal. The plot of the series follows a 14-year-old boy named Bell Cranel who finds fun in solo adventures in works under goddess Hestia. The plot centers on a romantic and loves based theme, where you get to see Bell’s connections with different characters of the series. As Bell is the only member of the Hestia Family, we have to work really hard in order to meet his daily needs.

As the series progressed, Bell met a powerful swordsman Ais Wallenstein and started admiring her. Little did he know that the way he started to adore Ais he is falling in love with her. However, the thing that stands unknown to him is that other females be it deities or mortals from the human world started to feel the love for Bell. As he conquered his weaknesses and managed to gain allies, Hestia – the Goddess- herself fall in love with him. His character and personality development after each passing challenge made a lot of girls attracted to him. In short, you can also refer it has the Harem anime series whether it is officially titled Seinen.

Since the series has been so interesting and popular it was quite obvious that the producer will surely drop out another season from the series. Not only the production company but also the streaming channels like Crunchyroll and Funimation, who gathered good revenue from the series also played a role in the series comeback. Be it any reason, but is someone is happiest right now from this news is known other than the fans that adore DanMachi. Unfortunately for them, we got a release date that is quite not particular which might annoy some of you. According to the official announcements, the series is going to get back with a Season 4 in the year 2022 but the month and the day are yet to be decided.

I know this is very irritating but creators like to tease the audience and upon that they have released a trailer to make the crowd go nuts. The animation you will get to see in the trailer is up to the mark and the characters’ look with a little modification will be the show stopper.

What to expect from DanMachi Season 4?

We all are already getting excited to stream the series and will surely stick to it till it releases. Till then, we will prefer to speculate on some expectations from the new upcoming season. According to the previous releases, it was observed that some of the previous voice cast and characters returned in the new season. So, we cal expect some of the voice actors from Season 3 to remain constant in Season 4 too. Some previous cast includes Yoshitsugu Matsuoka as Bell Carnell, Inori Minase as Hestia, Saori Onishi as is Awaalenstein, Haruko Tomatsu as Eina Tulle who is some major characters are expected to stay constant.

As for the character Weiss, we are doubtful for it to appear in Season 4 too, but chances are more that it will be back toom. Since the character was introduced in the finale of Season 2 and was there in Season 3 so it’s likely that it will come back in Season 4 too. As for the directing team of the anime, the first season of the series was directed by Yoshiki Yamakawa. Later, in Season 2 and Season 3 the direction was given to Hideki Tachibana, so, will he continue to direct season 4 too? As per the trailer, his name is there as the director of Season 4 too which is good news in terms of animations.

The plot we are going to discuss here is not based on any official synopsis of the series but a predicted one based on the conclusion of the previous season. The trailer didn’t either provide a clue about what is going to get continued in the next season we can expect some disclosures if other trailers will drop out. As for the current trailer, it rewinds some of the past adventures of Bell along with a glimpse of some other characters from the series. By the end of Season 3 of DanMachi, Bell was able to figure out what he wants from himself and his life. After he lost a battle against Asterius in the Season 3 Finale he moved to Ais for getting some hard training. We will get to see Bell growing stronger in Season 4 as he conquers new challenges attracting more girls.

According to the record, Season 3 adapted 9 Volumes and ended with the 11th Volume. Season 4 is likely to bring with Volume 12 of the light novel series, which will mark the beginning of Bell’s new solo adventures. As per the light novel series, from Volume 12 Bell will begin getting recognition and respect in the city of Orario. Bell will receive a letter from unknown sources regarding an expedition. So, we can conclude that in season 4 we will get to witness that exception and adventures that will follow Bell.

ALSO READ: Top 10 Craziest Anime Fan Theories That Turned Out to Be True!