The Original's Actress, Danielle Campbell has several dating rumors throughout the years. 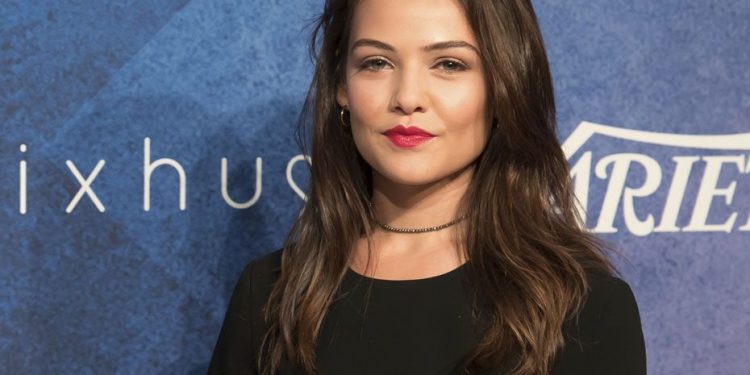 Danielle Campbell’s dating life has always remained in the media’s speculations as the actress never publicly reveals about her boyfriend despite her various dating rumors. So, who is Danielle Campbell’s boyfriend? Well, the answer still remains difficult to guess to date. But, the actress is rumored to be dating Colin Woodell since 2018. They always shared photos of each other or wishes in the special moments in the Instagram account. She also does not have any rumors with any other person after getting seen together with Colin.

But, the pair has never spoken about each other in public. So, it is hard to say whether they are dating or not. But, seeing their posts and how occasionally shares about each other, something is definitely brewing between them. Furthermore, they already had been close friends since 2014. The only known public relationship of Danielle Campbell was with Louis Tomlinson, with whom she dated for almost more than one year.

Danielle Campbell’s boyfriend is currently Colin Woodell. The actress is dating her co-star from The Originals series. In the show, Danielle portrayed the role of Davina Claire, whereas Colin was the werewolf Aiden in the second season. Thus, they met during their shooting for the show. However, it was not love at first sight, but rather friendship turned into love. The couple had been friends for almost five years before they started dating. Rumors about the pair begin in April 2018. They used their own Instagram accounts to share posts about each other.

Later on, the rumors started spreading more when Danielle posted a picture with Colin on June 26, 2018. To date, neither of them spoke about their relationship or that they were dating. But, they also did not deny the rumors. In fact, the couple begins to spend more time with each other on various occasions. Danielle also spent the Christmas vacation with him and her pet in 2018. She shared about the same even in her Instagram account. People started assuming the rumors as true as the pair always shared lovely and intimate snaps. Furthermore, they never forget to wish each other on special occasions.

Danielle Campbell and Louis Tomlinson made their relationship public in 2016 despite rumors surrounding the pair since 2015. They were often spotted together in public outings. Later on, Louis confirmed their relationship in April 2016 after he shared a photo on Instagram. In the photo, he is seen kissing Danielle in her cheeks while she is smiling widely at the camera. He captioned the photo as lucky. The photo got taken while the pair were spending their weekend attending Coachella.

However, their relationship did not last long as they broke up in 2017. They never really mentioned the reasons for the breakup. The British musician, at that time, was keeping a low profile as he was still grieving for his mother’s death. A close insider mentioned that the pair does not have a bad feeling between them. They are still going to be good friends despite their decision to split. Furthermore, Danielle has always been with Louis throughout his tough time. She remained beside him, supported him, and was also loyal. But, it is also not necessary that all the things will work out all the time.

The Original’s Actress Danielle’s dating life is quite a messy one with several dating rumors. However, they are only speculations as she has never confirmed to any of them. In 2015, she got seen hanging closely with the Teen Wolf actor Tyler Posey. People even thought she was cheating with Louis as she also spent her time with him. But, the rumors only remained as rumors as a year later, she came into a relationship with Louis. Later on, she also got linked with actor Gregg Sulkin after they were seen having lunch together. In July 2017, she got rumored to be dating co-star Nathaniel Buzolic after being spotted taking a trip together. After that, she was rumored to be daring Rhiyen Sharp in September 2017.