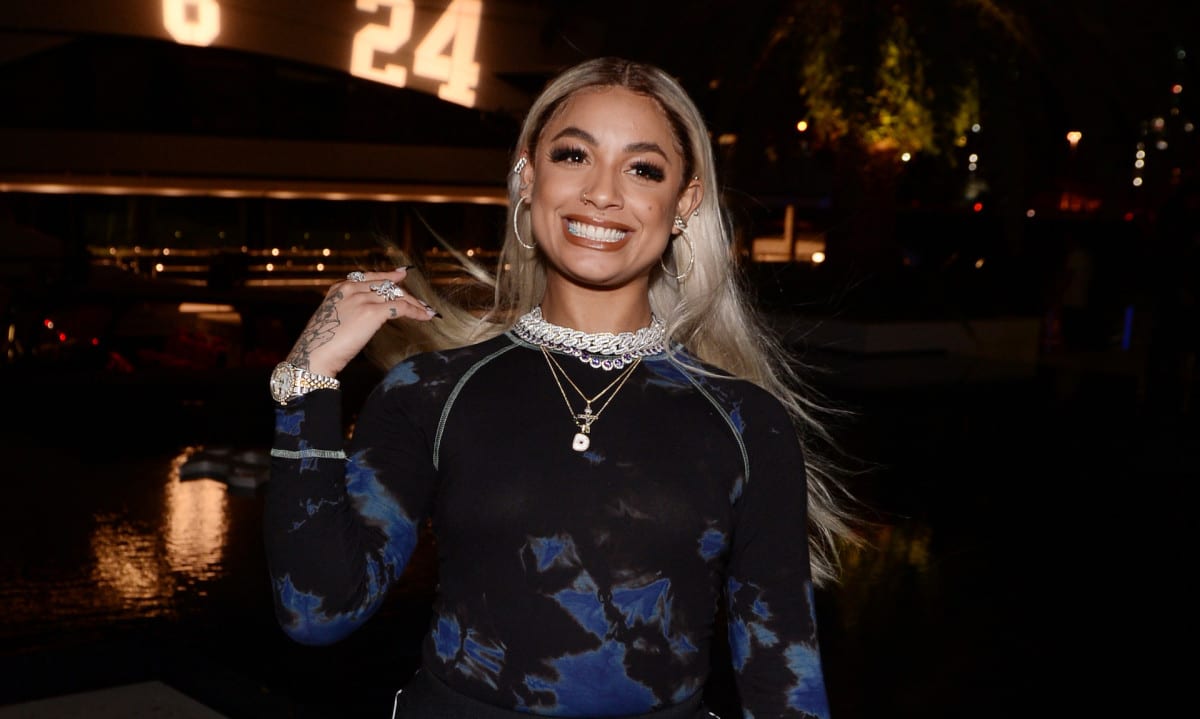 Danileigh has made a name for herself in the form of an American singer as well as a songwriter. Her other side professions include being a rapper and dancer and a choreographer as well. Initially, she used to appear in the form of a backup dancer. But soon enough, Dani started her own career after posting covers of popular tracks on her personal YouTube channel. After this, the singer moved over to Los Angeles, where she started choreographing for other artists as well. Later, we saw her finally getting the success she deserved in 2017 when she was signed by Def Jam Records. After this, Dani Leigh started releasing hit singles and mixtapes in the same year as per her contract.

Danileigh was born on the 20th of December 1994 in Miami, located in Florida. She is currently 26 years in age. The majority of her songs are within the genre range of R&B as well as hip hop and pop. In one of her interviews, Dani has stated that she had an intense passion for music from the start. When asked about the artists who ha influenced her, she says it was Drake as well as Rihanna and Missy Elliot, among others.

When Dani was just 12 years in age, she started dancing. Later, when she grew up to 14, she also started singing. Dani Leigh disclosed that she was pretty shy about revealing her talent to people and sing in front of others, but she always received positive feedback from everyone. It was not until the singer moved to Los Angeles that her career officially skyrocketed among the fans.

She was first offered a hand by Prince Dani Leigh to direct his single. This track was called Breakfast Can Wait. This opportunity knocked at her doorstep when she was just 18 years of age. After the video got pretty viral on social media, Prince knew the talent that Dani has stored within and continued to mentor her until his death in 2016. Now, if you are a fan of the singer and would love to know more details about her life right now, then we have hot you covered.

Danileighcame out in front of her fans in order to show us her beautiful pregnancy pictures. Despite the fact that she was pretty shy about showing her growing belly in public and confirming that she was pregnant, we guess it was the right time that she had a pregnancy photo shoot and showcased her true self. Initially, Dani Leigh was trying to avoid the attention of the press by hiding her baby bump from everyone and staying mostly indoors.

Although later, when a family member accidentally posted some pictures of her during pregnancy, she confirmed about being pregnant with some pretty shots. As of right now, she is back with some more pictures of her belly, and we can already understand how happy she is to have a child. Her skin is glowing, and she has a wide grin on her face.

She shared some shots of her baby bump on her personal Instagram profile. In these pictures, we can see her soaked in the waterfalls located in the Dominican Republic. She is hiding her body but at the same time, showcasing the baby bump with the help of a neat white cloth. After this official confirmation, all of her fans have been saying kind words and congratulating the star on having her first kid.

At this point in time, Dani Leigh has not confirmed who the father of her child is going to be. It is popularly rumored among the media outlets that Dani Leigh has an alleged relationship with American rapper and singer, DaBaby. Thus, many are suspecting that he might be the father of her child. In the other post shared by Dani, she has pink attire as well as decorations which might reveal that her kid might actually be a girl. Dani is pf course, pretty excited about becoming a mother for the first time. There even are images of her from her baby shower, which happened a while ago, and see her enjoying it.