The viewers are once again looking forward to the release of Dancing With The Stars Season 30 Episode 9. This should not come as a surprise considering the amazing performances from the previous episode. In addition to that, this season is going on strong and managing to create quite a buzz on the internet. Every fan likes to get to see more of their favorite celebrities, and what better than to see them dance on a hit reality show. The show has been hugely popular since it first came out on 1st June 2005.

It managed to get a viewership of over a whopping thirteen million views in the United States alone, which was a huge number. As the series progressed, the show went on to become a huge success. This got the showrunners to greenlight further seasons of the show, and now we are in the thirtieth season. However, the show was not an original concept and had taken inspiration from the show titled “Strictly Come Dancing,” which is a reality tv show from the United Kingdom.

Although “Dancing With The Stars” is a famous franchise now and has several iterations of the reality series in different parts of the world. This US version has had several famous judges over the years but only two hosts. Tom Bergeron was the longest to host the show as he did that from the beginning of the show till the year 2019. We finally saw a new host, Tyra Banks, take over the responsibility in 2020. This season of the reality tv show has been going very strong, and the fans are now waiting for the release of Dancing With The Stars Season 30 Episode 9. But let us first take a quick recap of the previous episode. 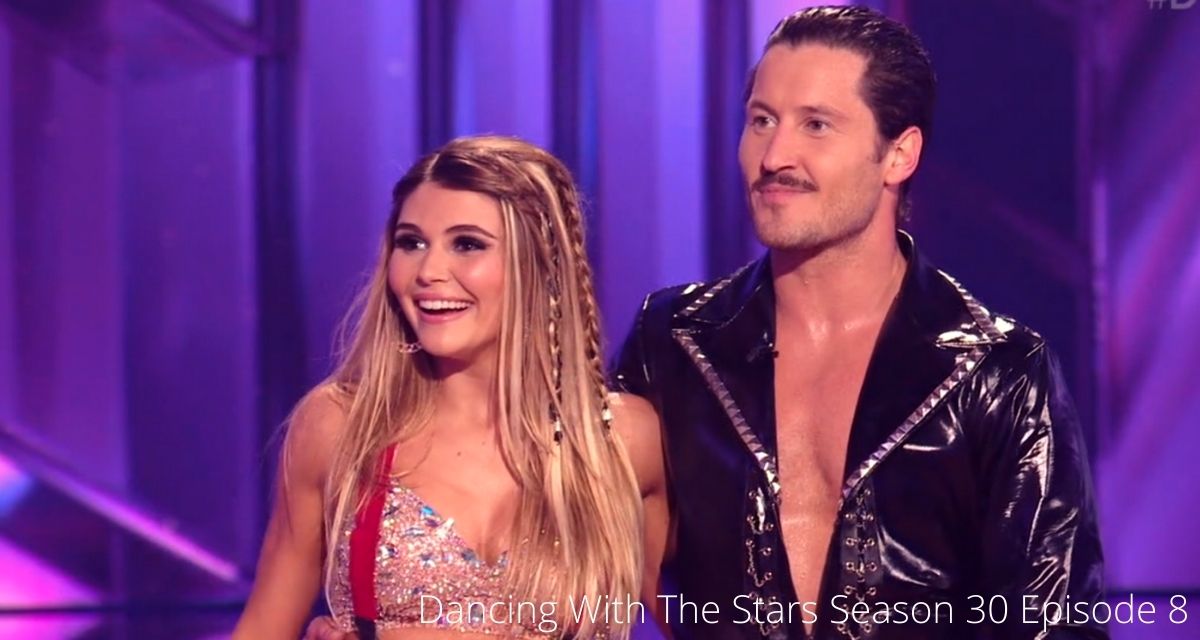 Episode 8 of Dancing With The Stars Season 30 came out on 1st November 2021. Furthermore, the episode was titled “Queen Night” as the participants performed on the songs of the popular band ‘Queen’. The first performance of the night was by Amanda Kloots and Alan Bersten and fairly impressed the judges scoring 33/40. Olivia Jade and Valentin Chmerkovskiy were the second performance of the night and impressed the judges quite a lot, scoring 38/40 getting a ten from 3 judges.

Then we saw Cody Rigsby and Cheryl Burke with a great performance, scoring 34/40. Then we saw Melora Hardin and Artem Chigvintsev as our next performers scoring all 9s to score a 36/40. Moving on, we got to the second round, known as Jive Relay. Among the three groups, the first group saw the celebrities The Miz, Iman, and Cody, where Iman and Cody got two bonus points each. The second group saw performances by JoJo, Olivia, and Jimmie, among whom Olivia got all the four bonus points. The final group included Amanda, Suni, and Melora, where Melora scored 2 points while Amanda and Suni got 1 point each. The night finally ended with another elimination that sent The Miz and Witney back home.

Also Read: Are Olivia Jade And Val in a Relationship? All About The ‘Dancing With The Stars’ Duo

The previous episode gave us some amazing performances and another elimination. The next episode that is “Dancing With The Stars Season 30 Episode 9 will release on 8th November 2021 at 8 pm ET on ABC”. In addition to that, the episode will be titled “Janet Jackson Night”. It will be another interesting episode with the stars performing on the popular American singer Janet Jackson’s songs. Furthermore, the episode will probably see another elimination as we are getting ahead in the competition. Therefore, stay tuned to see who performs the best in the upcoming episode.

How To Watch Dancing With The Stars Season 30? Streaming Details

The latest edition of the dance reality series is once again making quite a buzz. That is why the viewers are wondering about where to watch Dancing With The Stars Season 30? Well, we have a simple answer for all those viewers out there. “Dancing With The Stars Season 30 airs every Monday on the ABC television network at 8 pm ET.” In addition to that, the episodes are available to watch on Youtube TV and Hulu. So don’t wait any longer and go ahead and watch the show if you haven’t yet.

BTS in The Soop Season 2 Episode 5: Release Date, Preview & Where to Watch

Ellie Carpenter Partner: Who Is The Australian Footballer Dating?

Ellie Carpenter Partner: Who Is The Australian Footballer Dating?